Filmsupply Presents recently released its third installment, “Make Them Believe,” a 14-minute documentary short from Brooklyn-based director Taimi Arvidson that uncovers a week in the life of a young Russian man, Timofey Maltser, who dreams of becoming a pro-wrestler.

Maltser describes himself as a “really average guy:” “I’m a student. I live in a dorm. I have a girlfriend,” he said in the doc. But once a month, he enters one of Moscow’s underground wrestling rings and fights as the character The American Hope—and this week, he’s up against hardened veteran, The Locomotive, known for breaking his opponents’ bones. Given that it takes place in Russia, The American Hope is always cast as the villain, one of the cross-cultural twists that make this short so compelling. Behind-the-scene of “Make Them Believe,” via Filmsupply

American pro-wrestling first gained popularity in Russia with the influx of American television after the Soviet Union dissolved in the early 1990s, and even today isn’t considered mainstream. “I remember watching the WWF on an old cassette…I had never seen anything like that,” Maltser said. As a childhood fanatic of pro-wrestling, his idol was World Wrestling Federation strongman Bill Goldberg. “When I was a kid, he seemed superhuman. My father told me it wasn’t real—I didn’t believe him. When I was a kid, I wanted to be badass like that.”

Arvidson has chosen her subjects well—Maltser’s quiet charm, and his lucid view of himself and his obscure subculture, lends the film its central gravity. Despite the usual dramatic tension of a “big fight” situation, the film’s editing style can at times seem a little chaotic, paced to a frenetic rhythm that sometimes saps crucial moments of the juicy suspense they might otherwise have held. However, it’s important to remember that the film is documentary short, one that manages to showcase an abundance of information in just 14 minutes.

And yet, the transience of that suspense might be the point—after all, there is a point after the fight, as Maltser nurses a dislocated shoulder and is suddenly being advised by Ivan Markov, The Locomotive himself, in a moment that casually tears away the thin veil of manufactured conflict that’d been so crucial to the drama of their performance.

“Wrestling is about fantasy,” Maltser remarks. “You transform into a different person.” A revealing interview with Markov and his girlfriend at home also attests to that allure, as Markov admits he has a law degree and once held a job as a practicing attorney, but left it all behind to pursue wrestling. “I get my high from it,” Markov admits, later adding, “I don’t think I can live any other way now.” 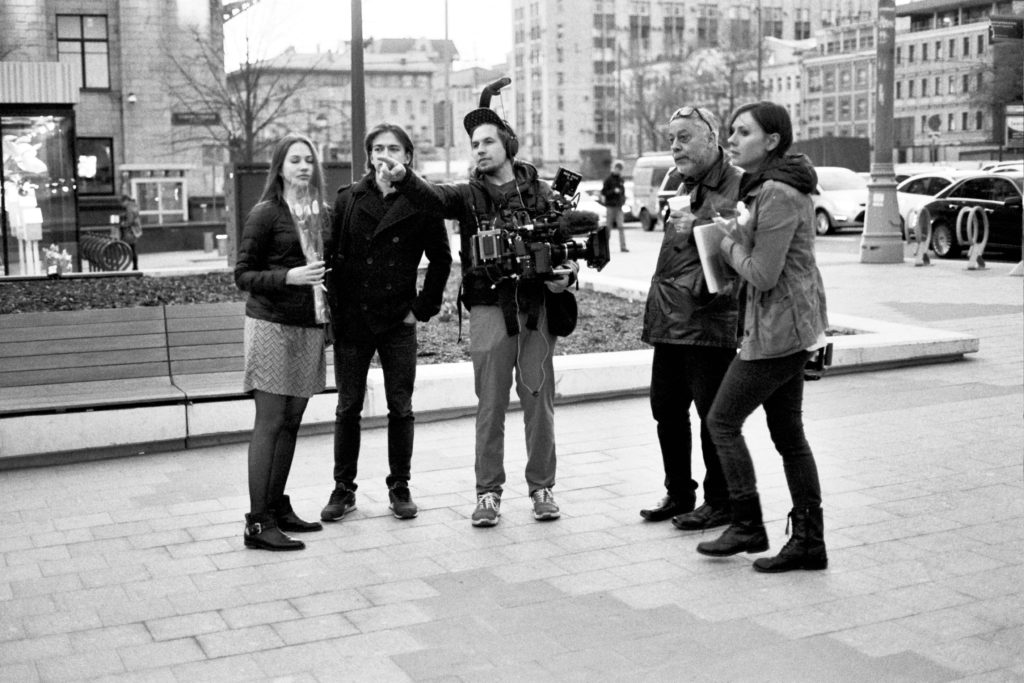 Behind-the-scene of “Make Them Believe,” via Filmsupply

Ultimately, the film’s small flaws don’t detract in any meaningful way from the characters, and the dynamic scoring and cinematography work to heighten the film’s philosophical core. “It’s like the audience knows,” Maltser said when discussing the feeling of entering the ring. “They all know the special secret…that wrestling is pure magic. It’s seeing superheroes.”

As Maltser puts it, “Wrestling is about suspension of disbelief. Everyone wants to believe in something, even for just a few minutes,” a dynamic that plays out constantly in our entertainment-oriented, performance-captivated culture.