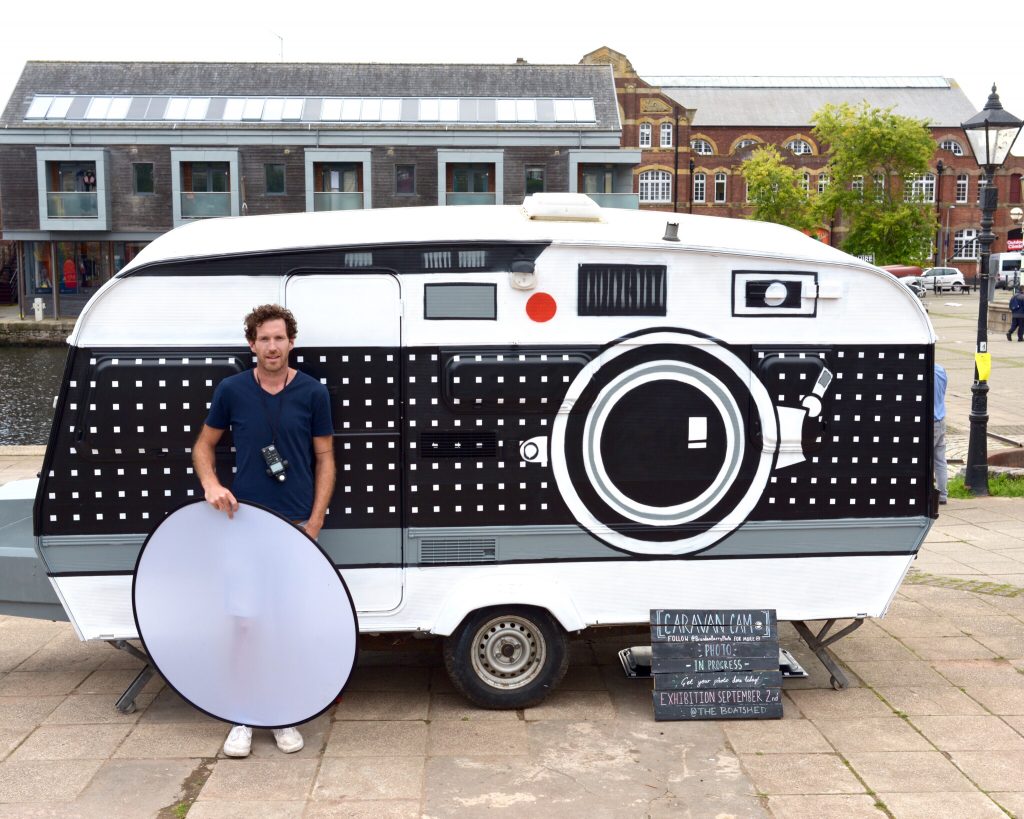 Brendan Barry‘s latest project, Caravan Camera, is the coolest thing you’ll see all week. The $200 camper van turned giant portable camera not only snaps timeless black and white photos, it’s inside serves as a dark room for developing these photos on the go. 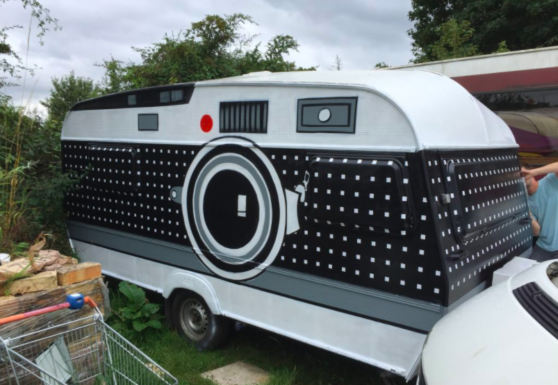 This isn’t the first make-shift camera constructed by the english artist—his past innovations include cameras made of a pineapple, a log, and Lego bricks. He took the idea further with a Shed Cam, where he built a 16×20 camera into a shed using a 20″ military aerial lens, plywood and a pane of glass. 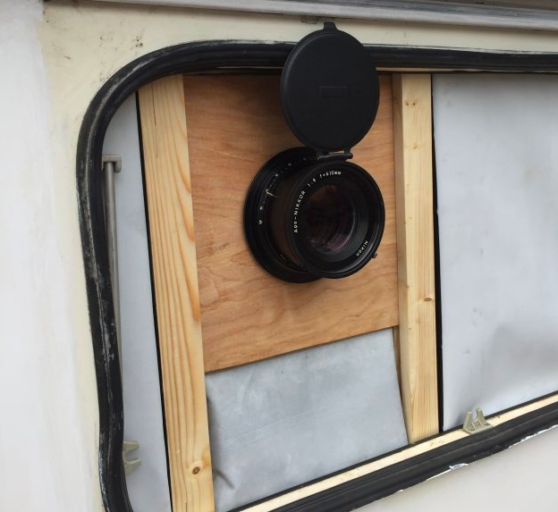 In doing this, he realized that his photo’s subjects were fascinated with the device and thus became more interactive with the camera. However, the Shed Cam was limiting as it was not mobile and it inhibited Barry from getting a wide range of participants—from this, the idea for Caravan Camera, a portable photo booth, emerged. Barry purchased a $200 camper trailer off eBay and went to work, tearing out it’s insides and transforming the space into a dark room to develop his photos. 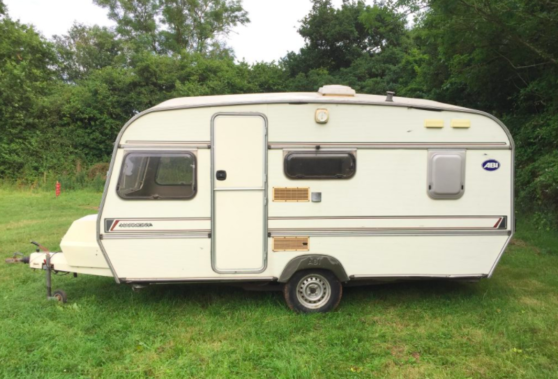 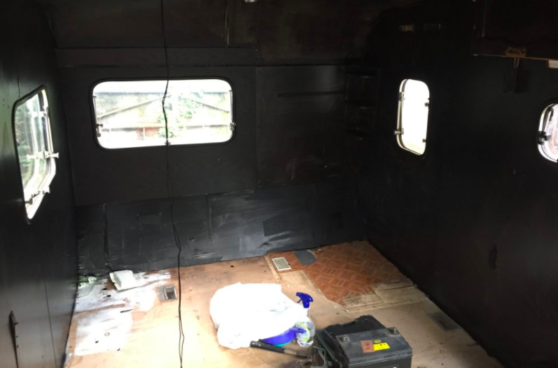 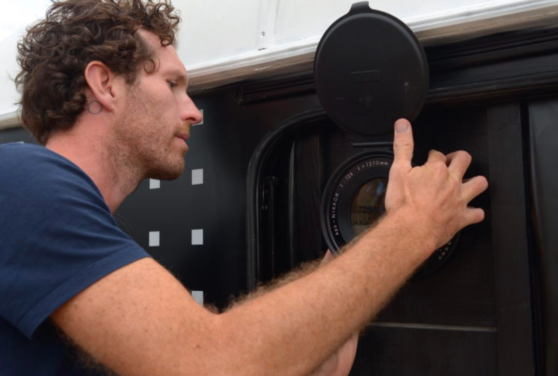 He took to the streets to try out his creation—the first stop was a local pop up art space, The Boatshed, where Barry kept his trailer for a week, and took hundreds of photos of pedestrians. 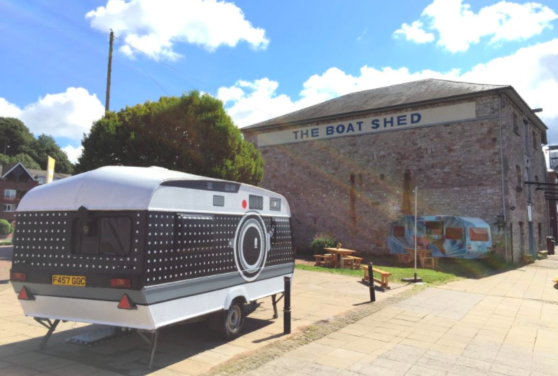 Participants were able to, first, get a photo taken and then, take a look inside the trailer where they watched their photos develop in front of their eyes. 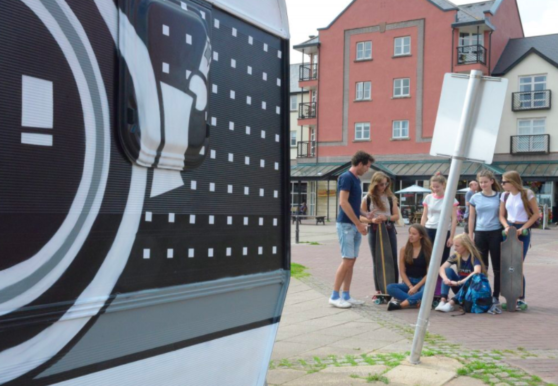 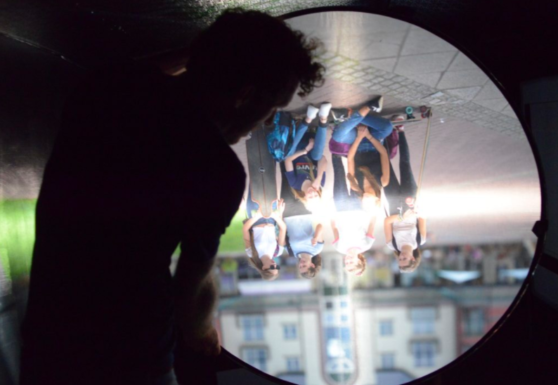 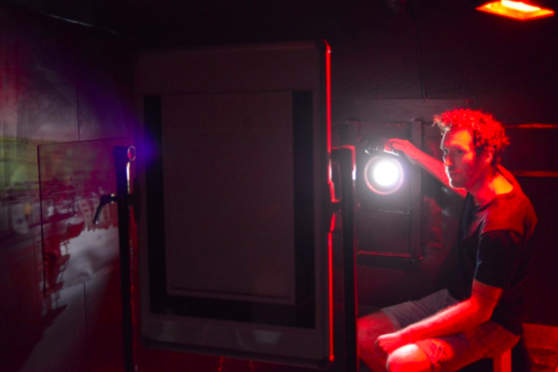 Although the actual camera did have some draw-backs—mainly the long shutter speed, requiring the subjects to stand still for a long while—the absence of a visible photographer eased the awkwardness of being in front of a camera and allowed the participants to relax and have fun with their poses. 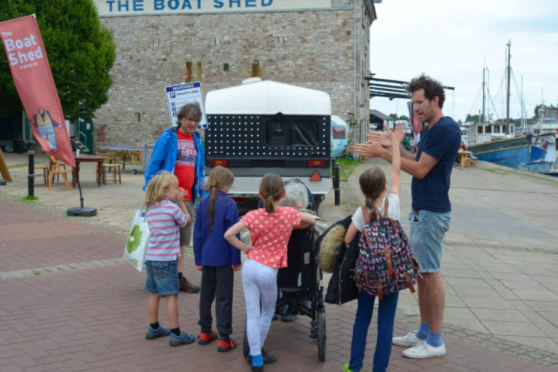 After a week of shooting, Barry was able to display his work at The Boatshed’s old Maritime Museum.

The innovative project resulted in hundreds of charming back and white photographs of families and friends, as they took their turn with this untraditional photo booth and experienced the beauty of photography for themselves. 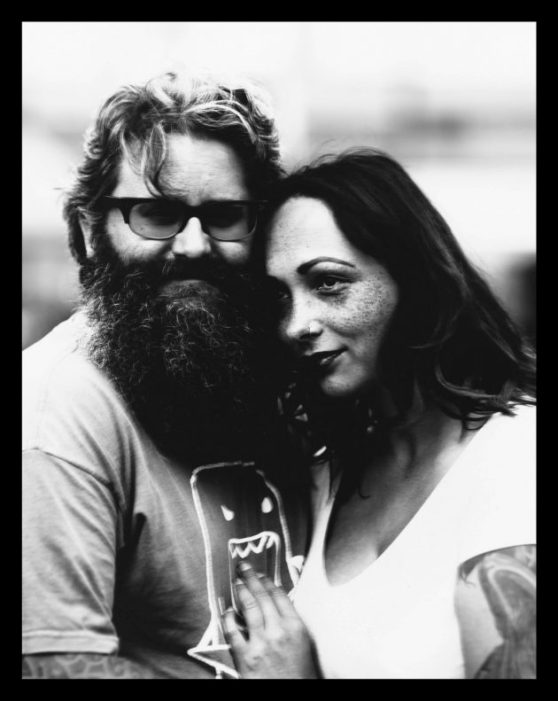 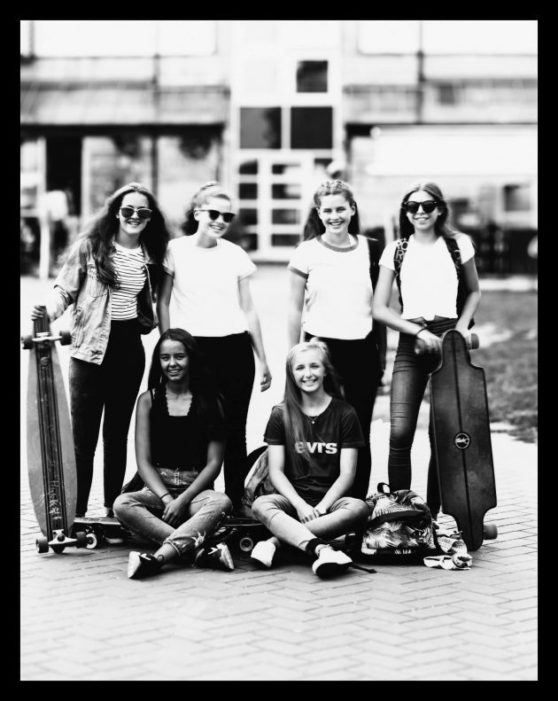 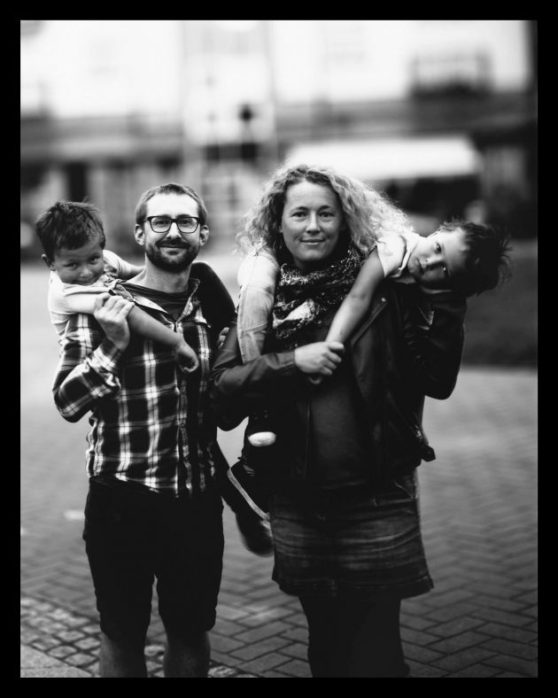 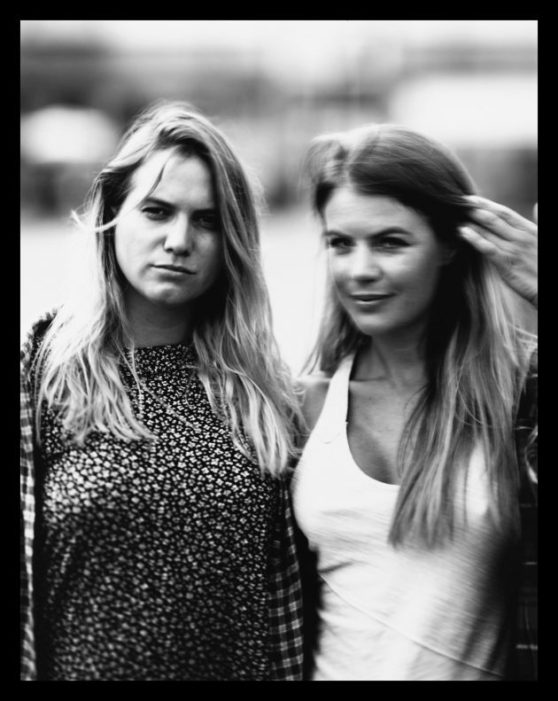 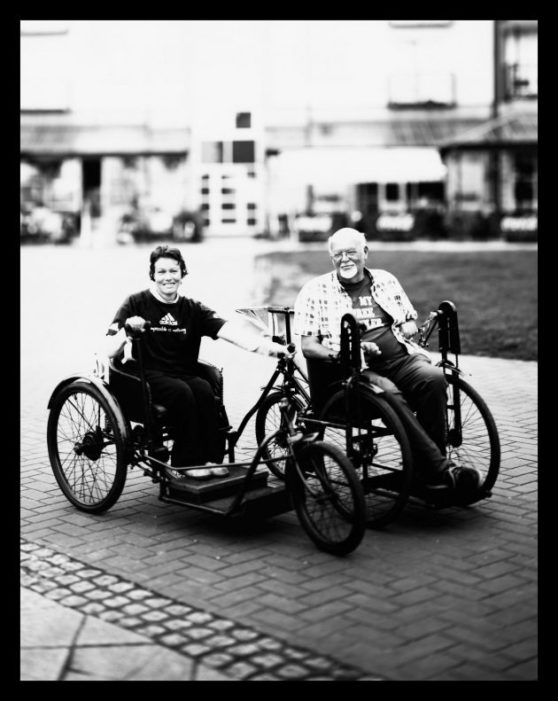