Back in 2014, two-time Lucie Foundation “International Photographer of the Year” award-winner Sandro Miller decided to honor some of the most iconic photographs to influence his career.

After a bout with cancer, Miller reflected on his 40+ years as a photographer and realized there were thirty or so prints which had managed to “completely change the way I  look and think about photography.” As an homage to these images, Miller decided to recreate them, being as “true” as possible to the original. 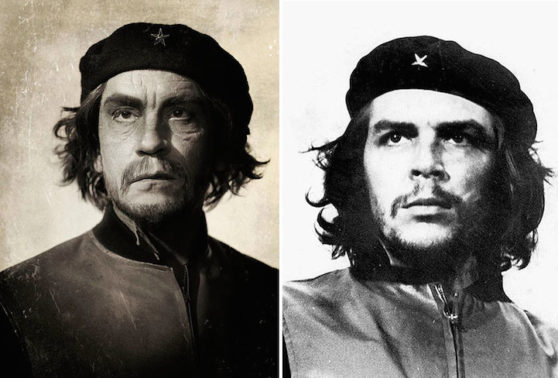 In a move that would have been a prime marketing tactic for the film “Being John Malkovich,” Miller tapped his good friend John Malkovich to portray the subject in each photo. From Marilyn Monroe to John Lennon and Ernest Hemingway, Malkovich faithfully embodies his role, while Miller tactfully recreates the lighting and composition. 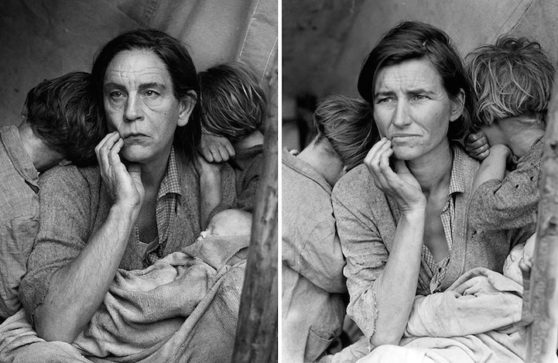 A collection of 35 prints, “Malkovich, Malkovich, Malkovich: Homage to Photographic Masters” was no photo-as-hobby side project. Before shooting, Miller spent a year researching and constructing the props found in the originals. He availed himself only of lighting techniques which were available at the time of the original shot.

“The longest part was getting the right kind of props, the sets, the correct hair, the makeup,” Miller said. “So much of that had to be made. The wardrobe required seamstresses. We had to build most of the settings.” 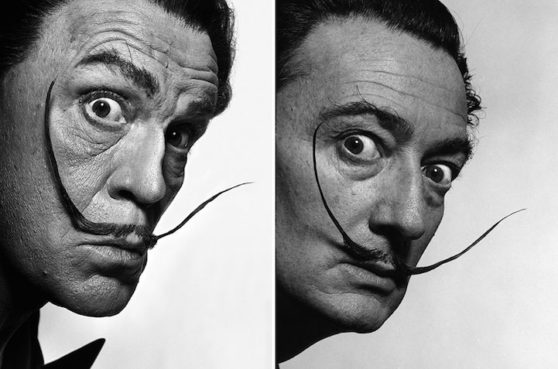 After preparation was complete, the two frequent collaborators went to work, completing the project in four 15-hour days. After so much preparation, the shooting itself was a highly efficient affair: “We knew what we had to do,” said Miller.

In a BBC video announcing the completion of the project, Miller adds social criticism to the impetus behind the project. With so much imagery being encountered on social media, much of it “without thought,”  according to Miller, he hopes the meticulous nature of this project will inspire others to take more time to create moving, iconic images.

Three years later, his works still retain the power they had at first release. His attempt to reforming the thoughtlessness of Instagram? Not so much.