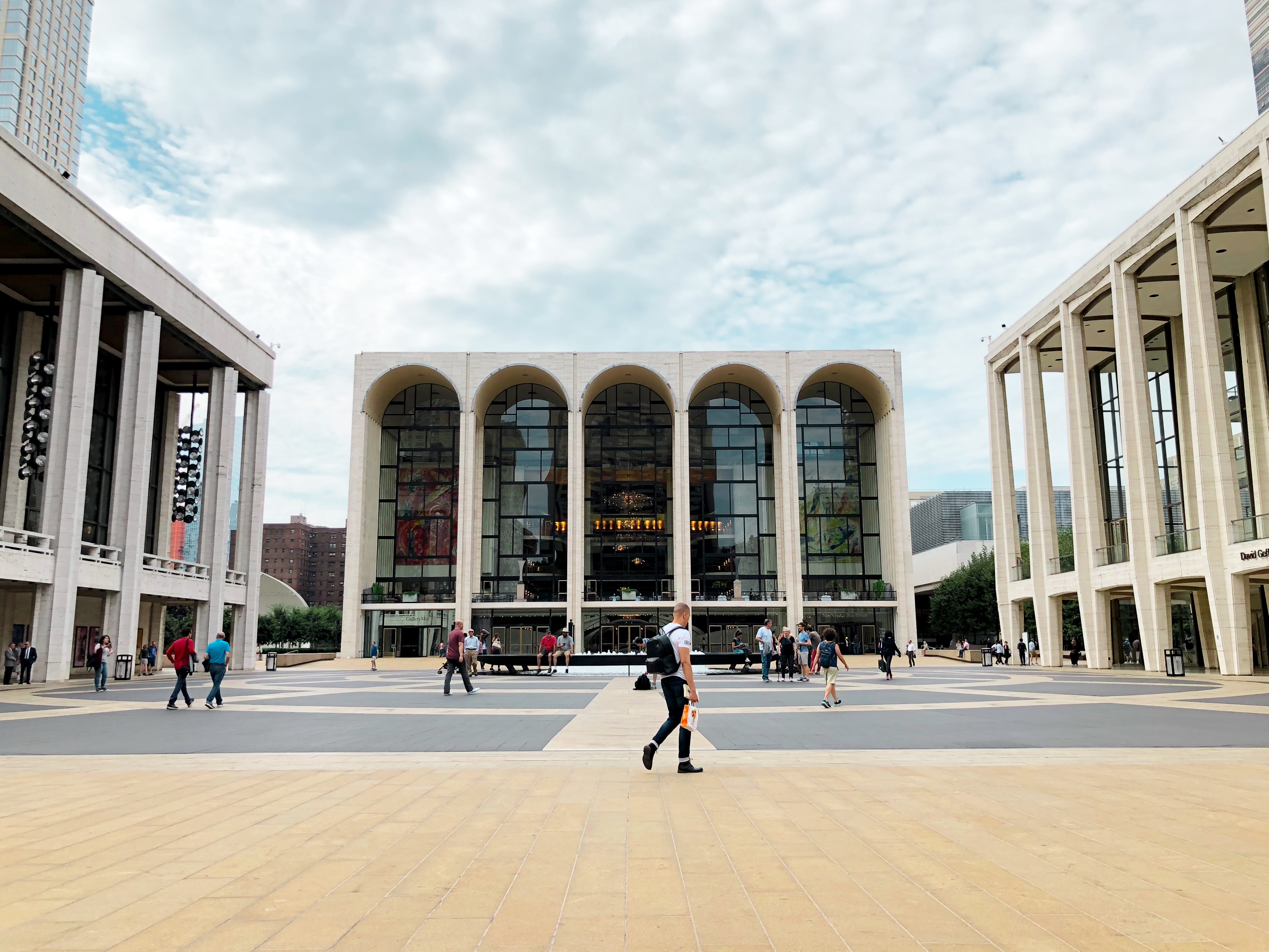 iPhone 8 Plus Review: I Can Finally Feel Okay to Leave My DSLR at Home

Before the year of 2009, I was very much against smartphones. I strongly believe that phones should have been used mostly for calling, and occasionally texting. I thought everyone with a smartphone back then was tacky, sometimes even “trying too hard.”

That all changed when I purchased my first smartphone, the iPhone 3GS.

I didn’t realize at the time, but I was taking a lot more photos with my phone while walking around town than I did with my DSLR. Sure, the quality wasn’t the most impressive compared to that of a DSLR, but the fact that the device could fit in my palm made it very convenient and accessible. Apple had started a race to providing everyone with the easiest way to take photos and share them with your friends and family. Soon after that, every major player in the phone making industry caught on and wanted to be in the running. Now, the concept of mobile photography has become the norm.

A few weeks ago, Apple released their latest version of the iPhone, the iPhone 8 and iPhone 8 Plus. I have been using the iPhone 8 plus for more than a week, and I have to say I am quite impressed with the image quality, and a lot of other cool features that come with the operating system.

I wasn’t that excited about the specs of the new phone; it still has the same form factor as the iPhone 7 and iPhone 7 Plus. Little did I know, the devil is in the details, so let’s hit them one by one. 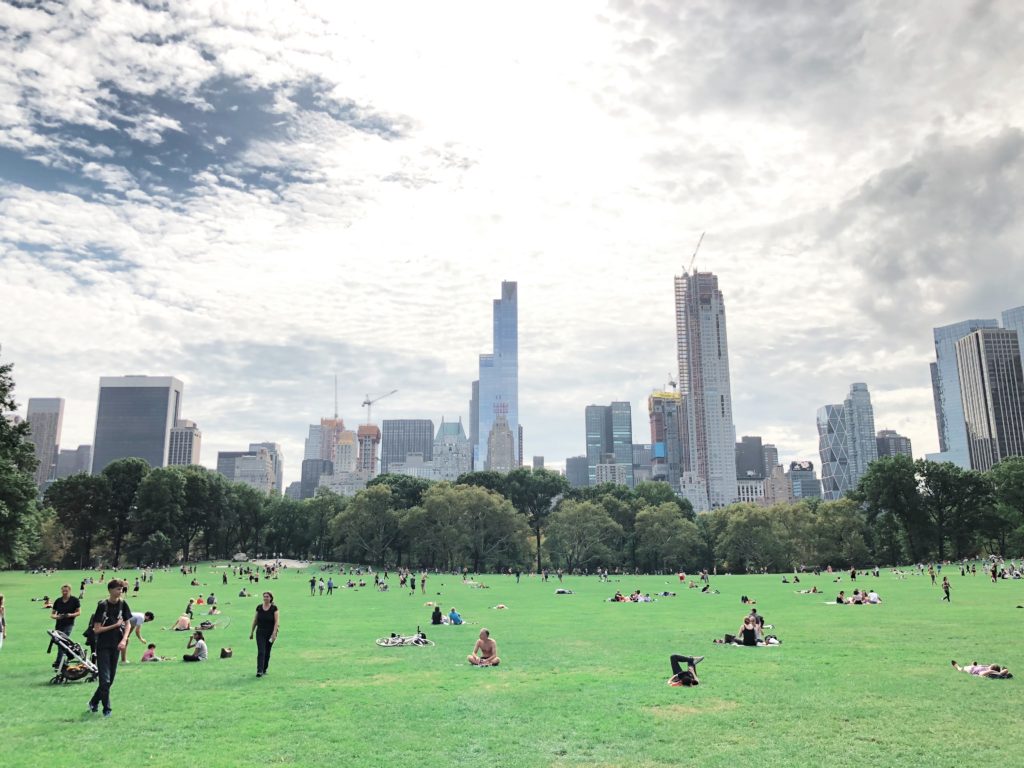 I know this is not a feature that will blow Android users’ mind away, as they’ve had wireless charging for awhile now. That said, there is something about not having to find the charging port in the dark every night. All I have to do is set the phone on the wireless charging pad, and I immediately hear the familiar “ding” sound that lets me know my phone is being charged. We finally live in the future I dreamt of as  a kid.

Bonus point: the iPhone 8 and iPhone 8 Plus uses the Qi standard interface that’s compatible with most of the chargers out there, so it’s easy to find an affordable one on Amazon. I found mine for $15. 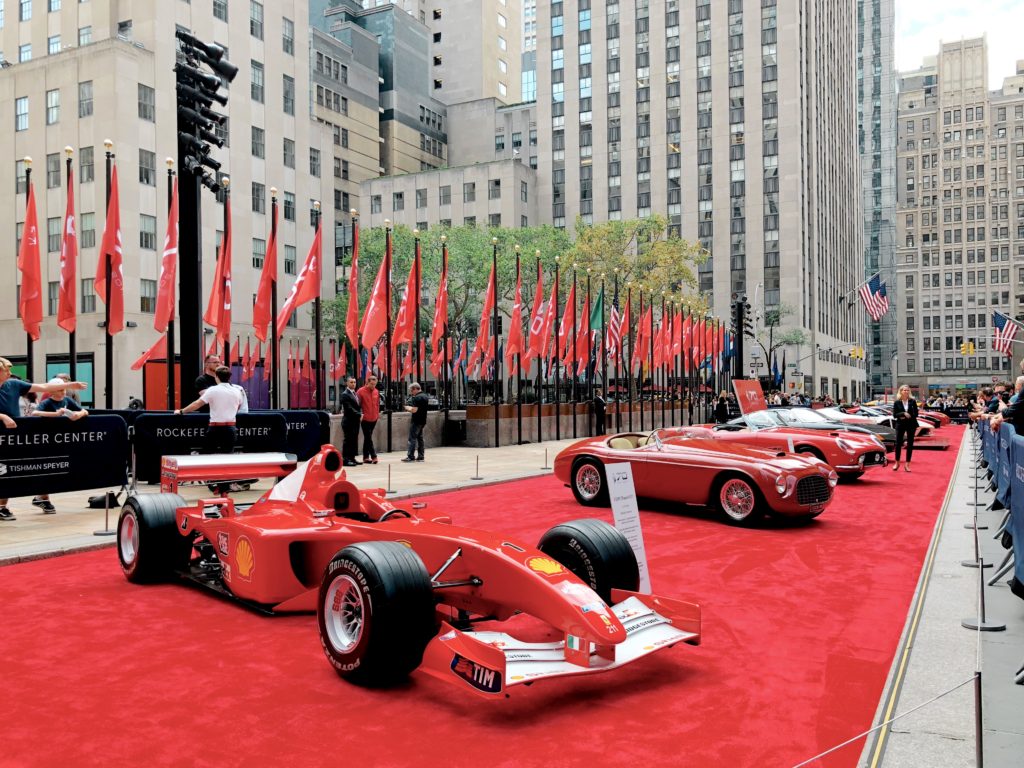 The phone feels snappier than my old iPhone 7, but that’s to be expected; however I did run into some issues when I was leaving iOS 11 beta going to iOS 11 Golden Master. Every single app was set to enable Siri and Search, and I have over 200 apps. The entire phone ground to a halt, and it froze and crashed on me a few times a day. Once I disabled most of those apps in Search, I saw a significant boost in performance. You can do the same by visiting your Settings app, and then scrolling down to Siri and Search. One gripe I have with iOS 11: why on earth did Apple decide to make those toggles into sub-menus? This used to be all out in one single page.

The iPhone and 8 and 8 Plus also sport the new A11 Bionic chip that’s supposed to boost performance in 3D and augmented reality experiences. The new App Store has a section dedicated to AR apps, including: IKEA Place, Sky Guide and The Machines. I’m still baffled by how these apps are able to inject objects and characters right into the screen of the Camera app. These objects are scaled to your environment, and if you happen to be playing a game, the closer you are to the action, the louder it gets. 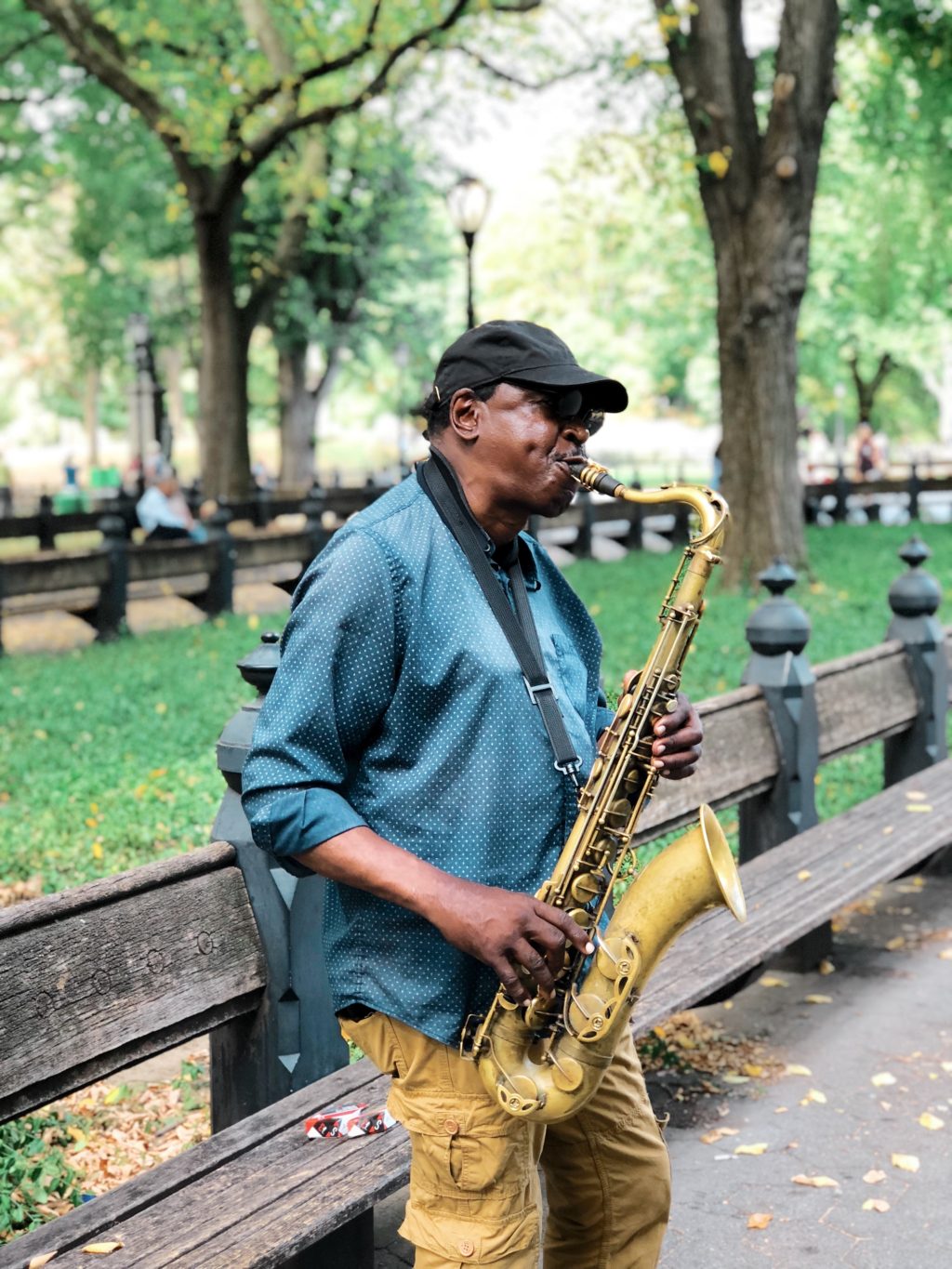 For the security minded, this is a much welcomed feature. By pressing the [side] power button five times, you initiate an “emergency” mode that gives you the option to power off the phone, display medical information, or call 911. The hidden feature of this mode is that TouchID is disabled until the correct passcode is entered. Once it is, you can use your fingerprint to unlock again. This is a very nice feature for when you are stopped by law enforcement: by requiring the passcode to unlock instead of your fingerprint, your passcode is protected by the Fourth Amendment, and the fingerprint doesn’t do any good. No one can look into your phone without your consent. 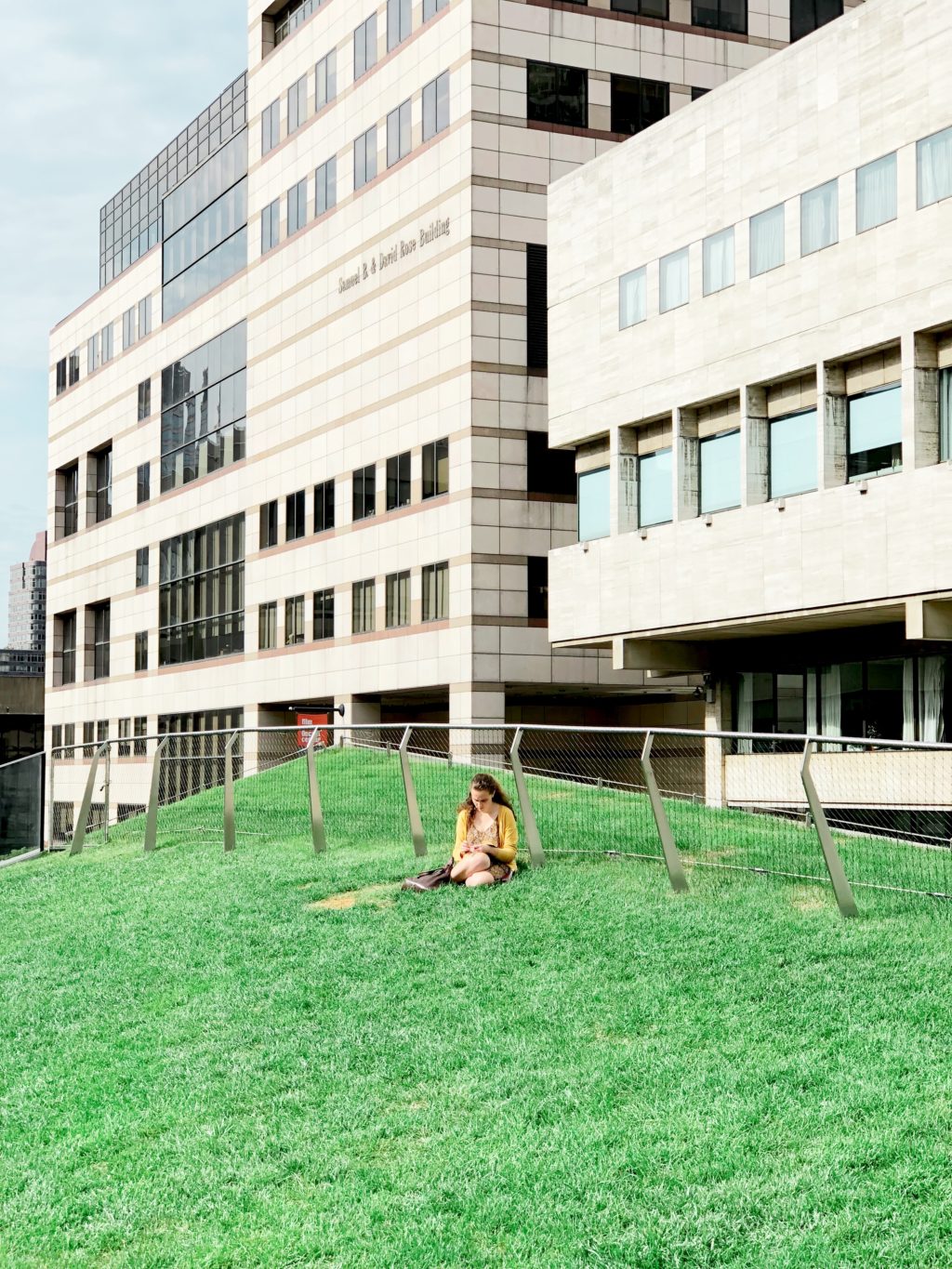 Boasting a 2,675 mAh battery, the iPhone 8 Plus battery is rated as the longest-lasting battery in any of the flagship phones out there. It used to be the case that my iPhone 7 would have about 30-40% battery by the time I got home from work; now, my iPhone 8 Plus would have about 70% in its battery. I no longer have to worry about charging my phone while I’m out grabbing dinner with friends after work. I realize it doesn’t sound like anything earth-shattering, but I like to have a peace of mind that my phone still works when I need it to hail a Lyft or take a photo along the way. 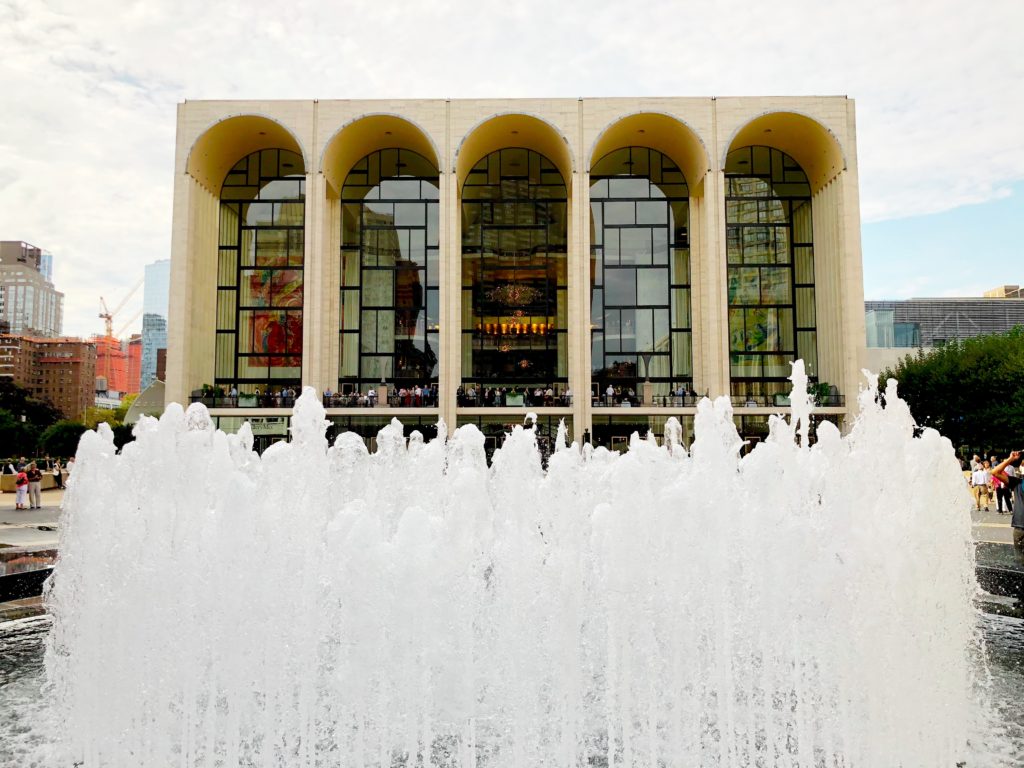 Speaking of photos, Apple has done quite an impressive job on the camera and what goes into the Camera app. It’s been over 2 weeks, and my mind is still blown by how good the image quality is, and how many tricks it has up its sleeve. 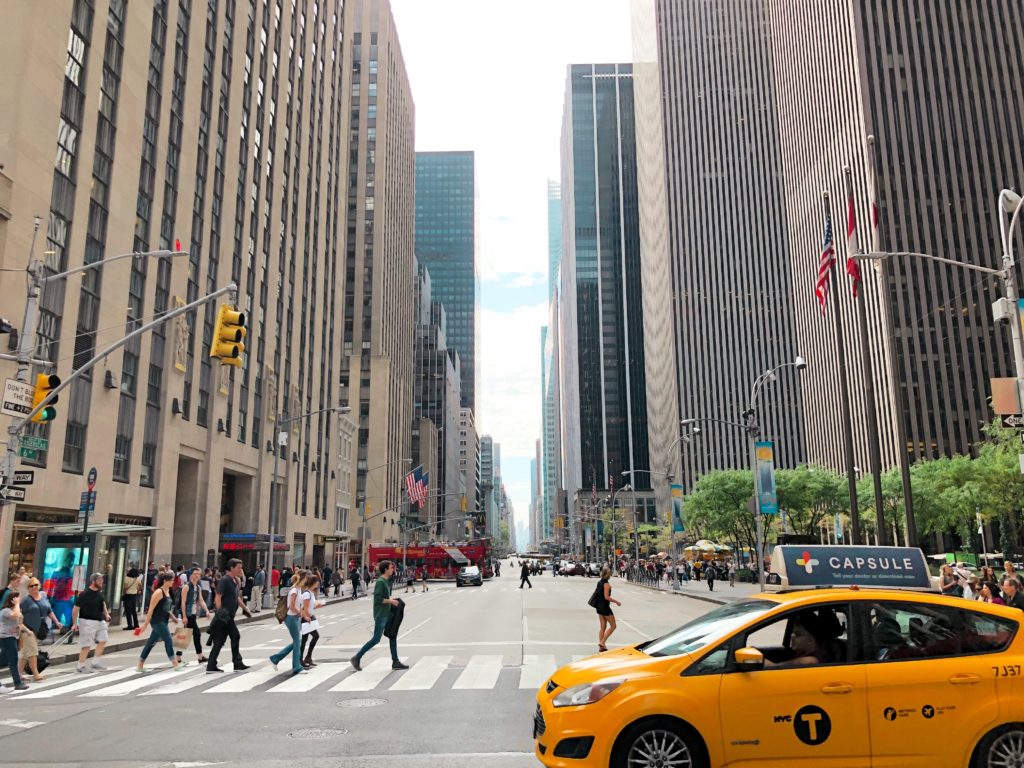 Apple has chosen High Efficiency Image Format (HEIF) and High Efficiency Video Compression (HEVC) for its photos and videos, respectively. These new formats mean that you will save roughly 50% of storage space when it comes to still and motion pictures. The new formats also mean that things will get a little bit awkward when it comes to sharing and backing up your photos and videos. I have found that Google Photo and Box apps will upload your files in their native format, but the Mail app and iCloud will convert them into JPEGs and MOV files. There are already some websites that convert HEIF and HEVC files into JPEGs and MOV files for you. They’re like dongles, but for your media. Pretty courageous if you ask me.

Portrait mode has exited beta status and is now officially live. When Portrait Mode is enabled, the iPhone 8 Plus switches to its other lens that is 7mm (57mm equivalent) f/2.8, instead of its default lens 4mm (29mm equivalent) f/1.8. The result is a more narrowed depth of field, and the ability to zoom in at 2x optical. Once the photo has been taken, you can go into the Photos app and edit the effective lighting to be either Natural, Studio, Contour, Stage, or Stage Mono. This feature folks, is a game changer.

Apple has tweaked their HDR algorithm for the better, and made it default in iOS 11. Previously, the option could be toggled within the Camera app. Now, you’ll have to change the setting in Settings > Camera. I have mine enabled by default. Take, for example, a look at this photo below. The photo was taken at around 2pm on a sunny day, and part of the street was cast by a building’s shadow. After a few adjustments using Filmborn app, this is the final result. 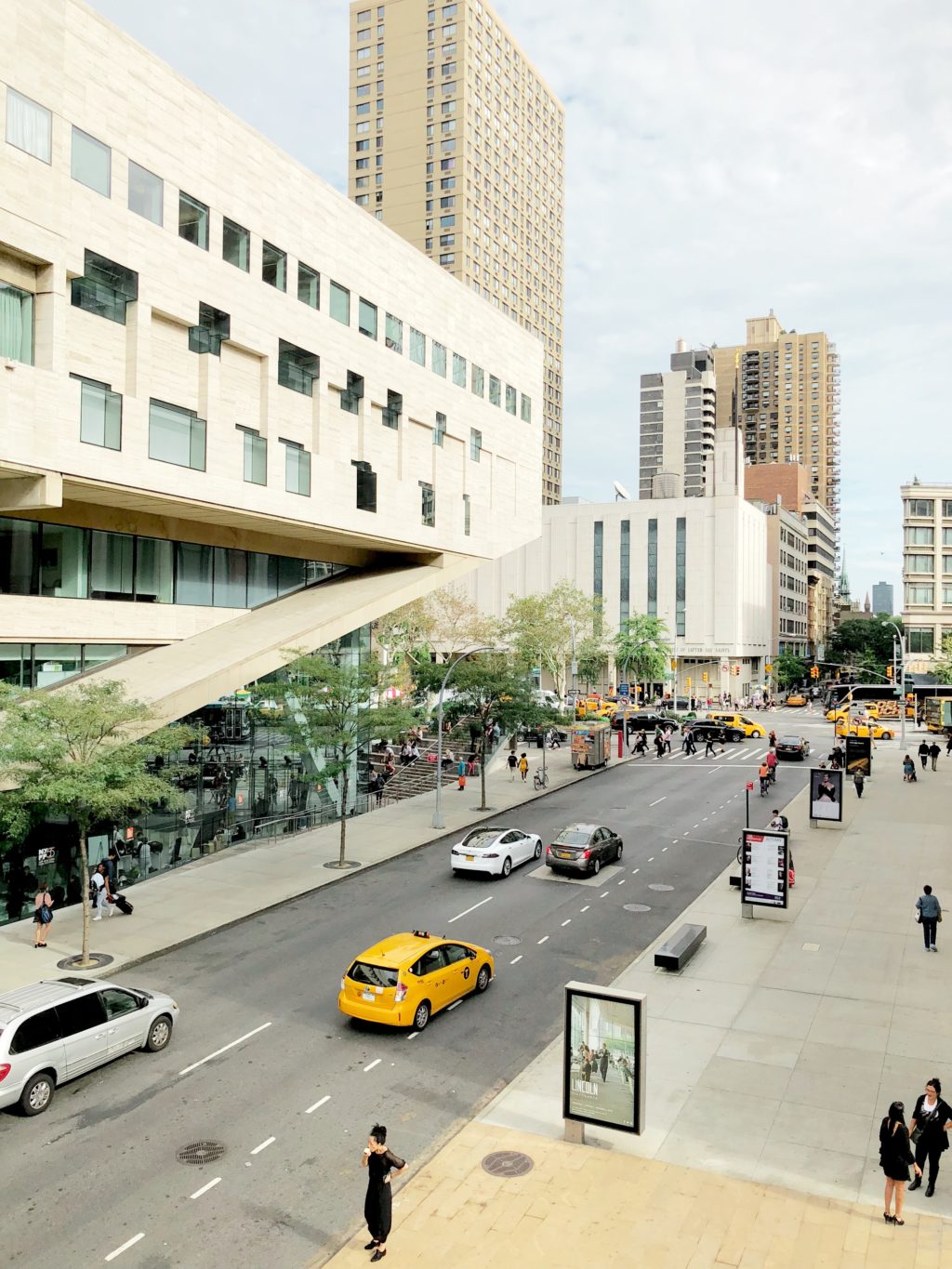 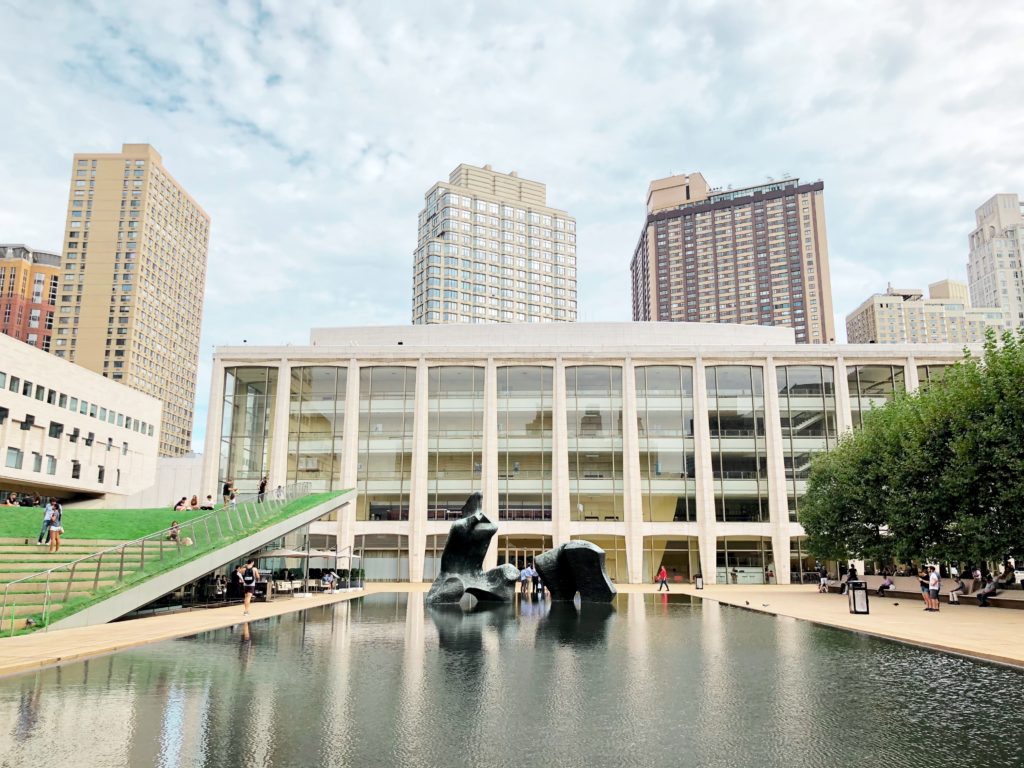 My Issues with iOS 11

I’d be lying if I said transitioning to the new iPhone 8 Plus has been a smooth ride. On that note, here are a few issues I have with iOS 11: 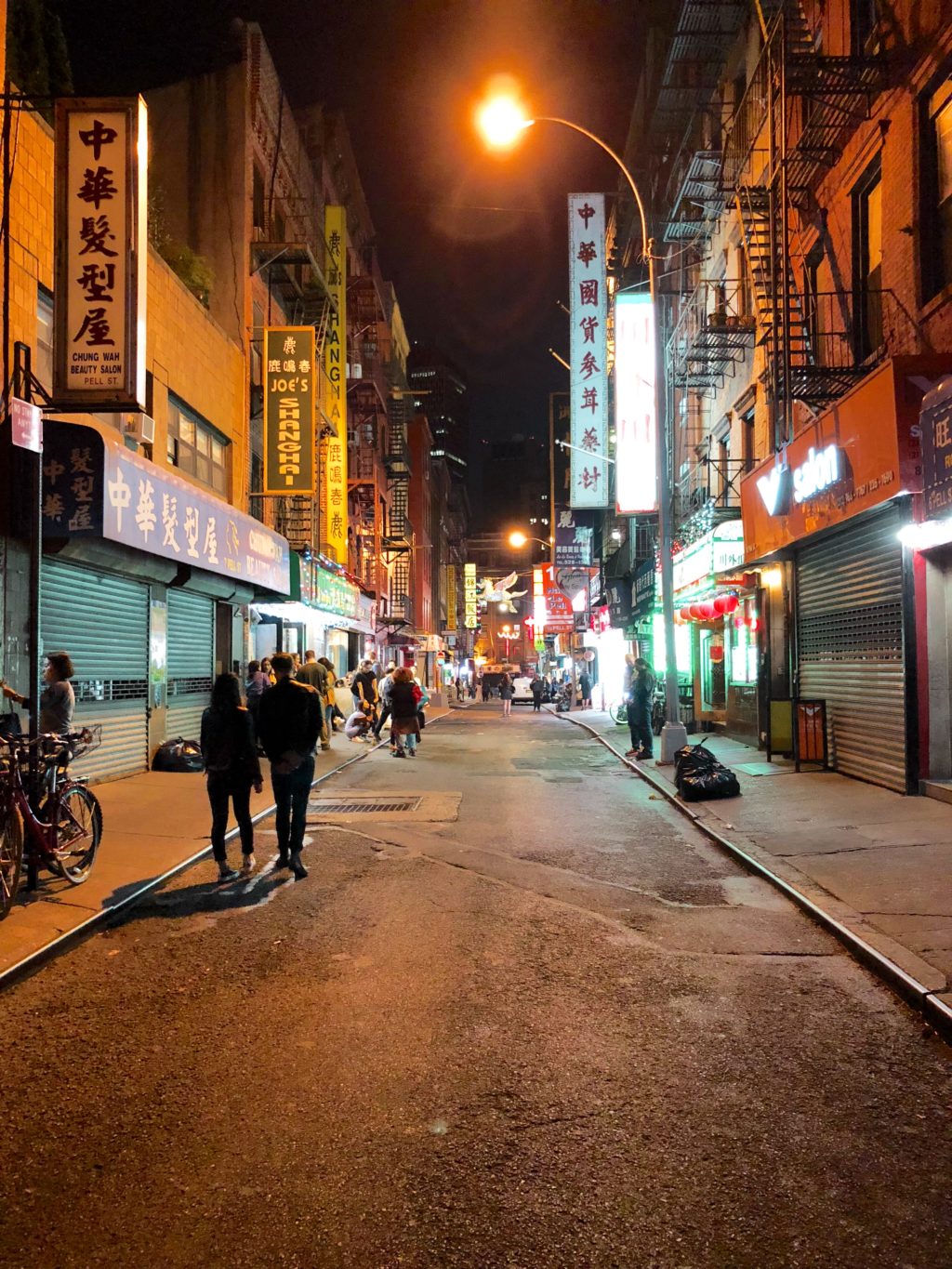 I really like the new workflow of taking a screenshot. When a screenshot is taken, you can immediately crop or edit the photo using a superimposed/popup screen, and share it right after. Once done, you can choose to delete the screenshot, and get right back to the app you were in. Previously, this would have taken a lot of clicks, so the new process is much appreciated.

I get very paranoid when it comes to privacy and security, so this is a nice addition to iOS 11: you now have the ability to override app’s location setting to “While Using”, regardless of whatever the app has declared in its entitlement. Apps like Uber used to give users only two options: Never and Always. Now you can force the third option on all apps, thanks to Apple. 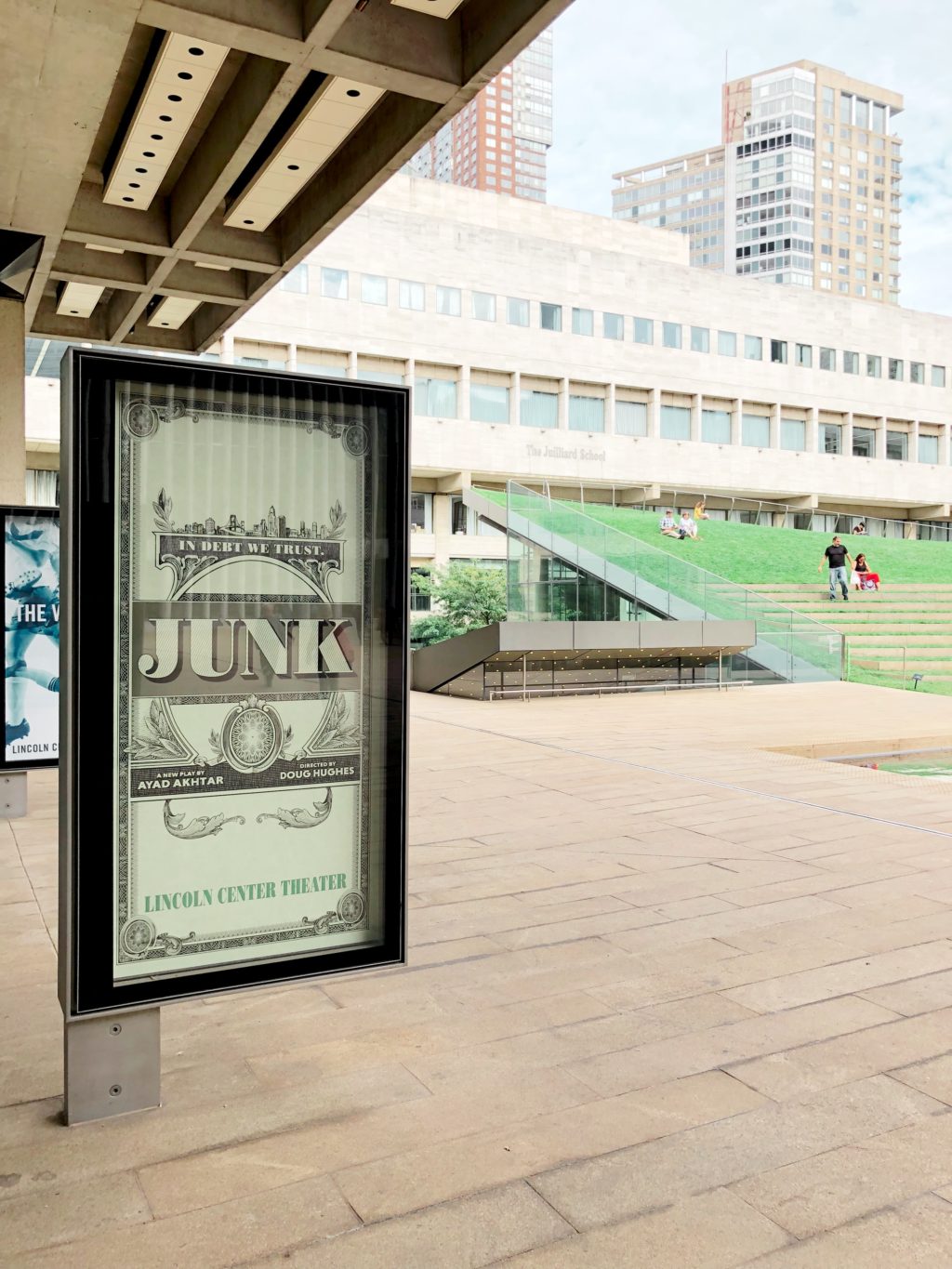 Despite all the quirks I listed above, I would strongly recommend the iPhone 8 (or 8 Plus). No code is ever bug-free, and no phone is ever perfect. Most of the problems I mentioned above could easily be remedied with a software update, and I’m sure Apple will get to fixing them sooner rather than later. If you want a phone that can replace your point-and-shoot, or even your DSLR, for daily and casual use, this is the phone for you. My only other advice: make sure to hit an Apple store and try using the phone for a few minutes to see which model is better for you. I’m still having a hard time using my phone with one hand. It’s a massive and powerful piece of technology that fits in your hand (or two), and it takes incredible photos. I can’t picture myself leaving home without it.