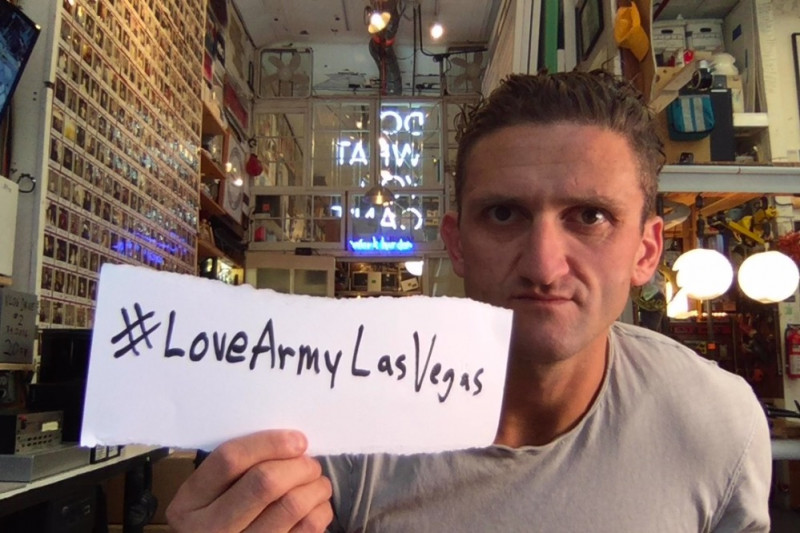 Casey Neistat has decided to utilize his greatest resource–his fanbase–to help those affected by the tragedy in Las Vegas.

To do so, he has set up a GoFundMe page (which can be found here), personally guaranteeing that every cent will get into the hands of either survivors or the families of those who were lost. One day in, the fund has reached almost $260,00 of its stated $1 mil. goal.

Further, Casey has monetized the above video, and plans to donate its AdSense proceeds to the victims and their families as well.

Time to send more than just thoughts and prayers.