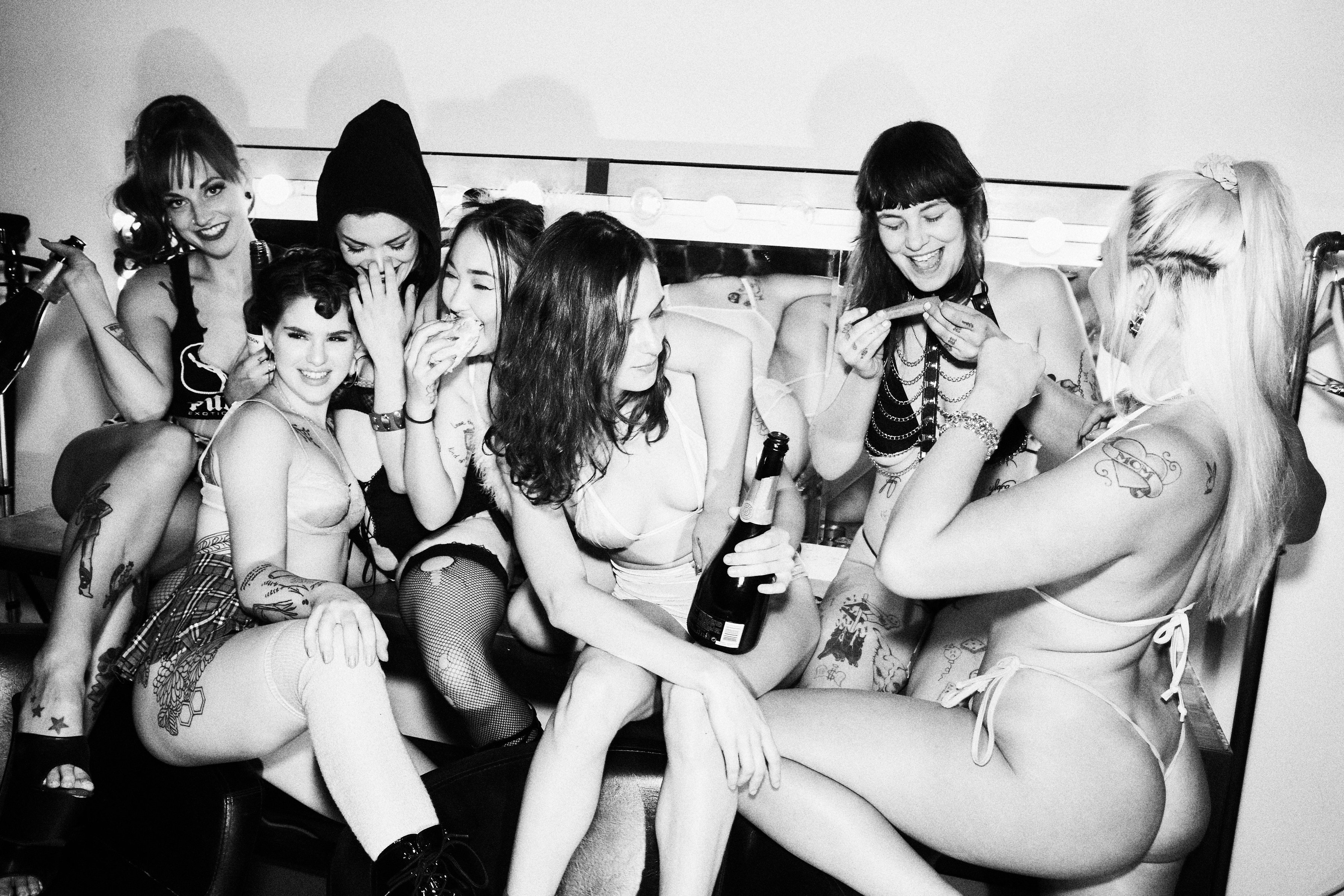 NSFW: Girls of Pumps Bare it All at The Nine Studios

When two lucky photographers and seven up-to-the-task strippers come together for a photo shoot, it’s sure to be memorable. Both the photographers and the ladies were extremely comfortable with their sexuality which made this all the more amusing and natural. 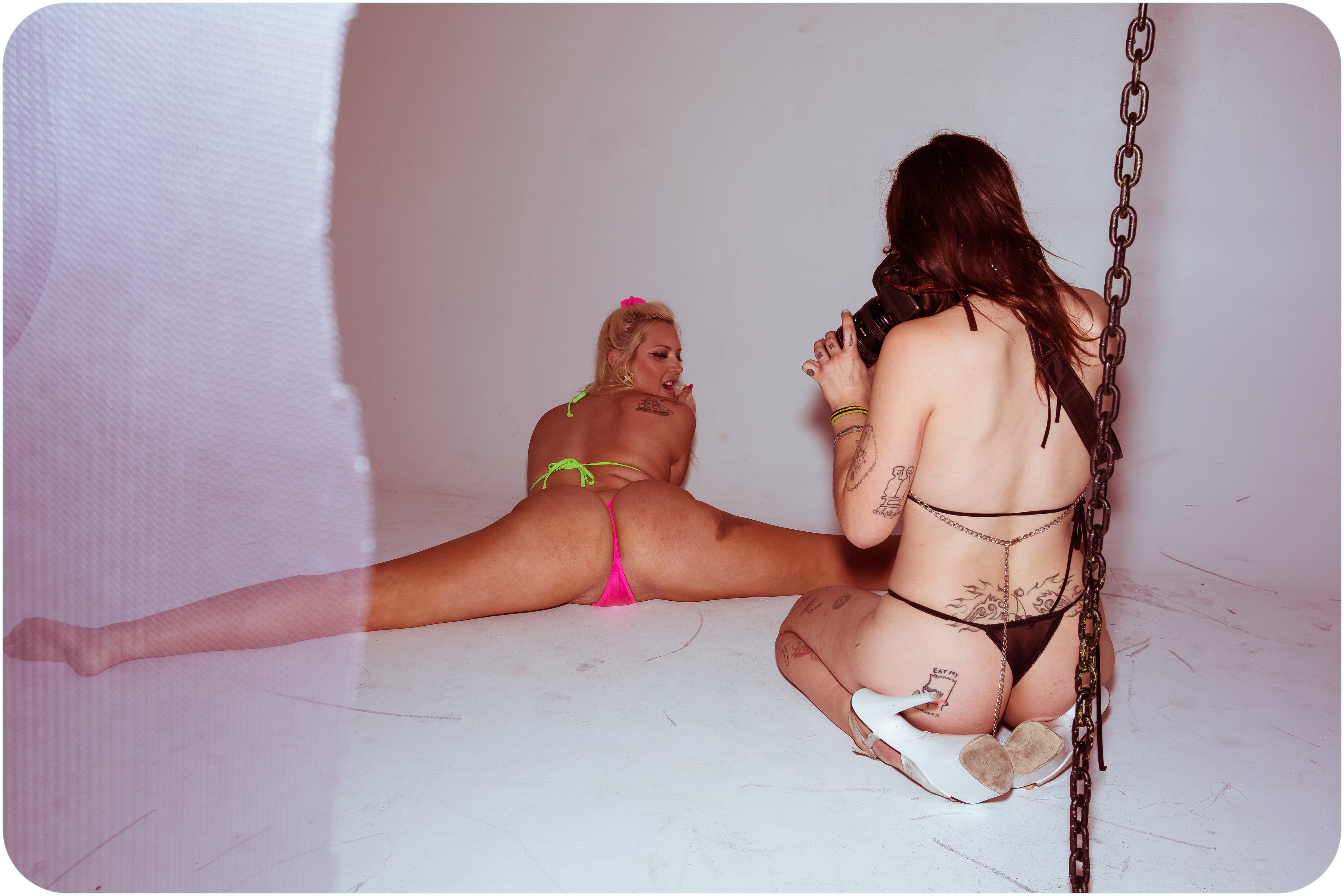 All work and no play makes Charlie Himmelstein and Matthew Selvagn dull boys. This statement goes a long way at The 9 Studios. 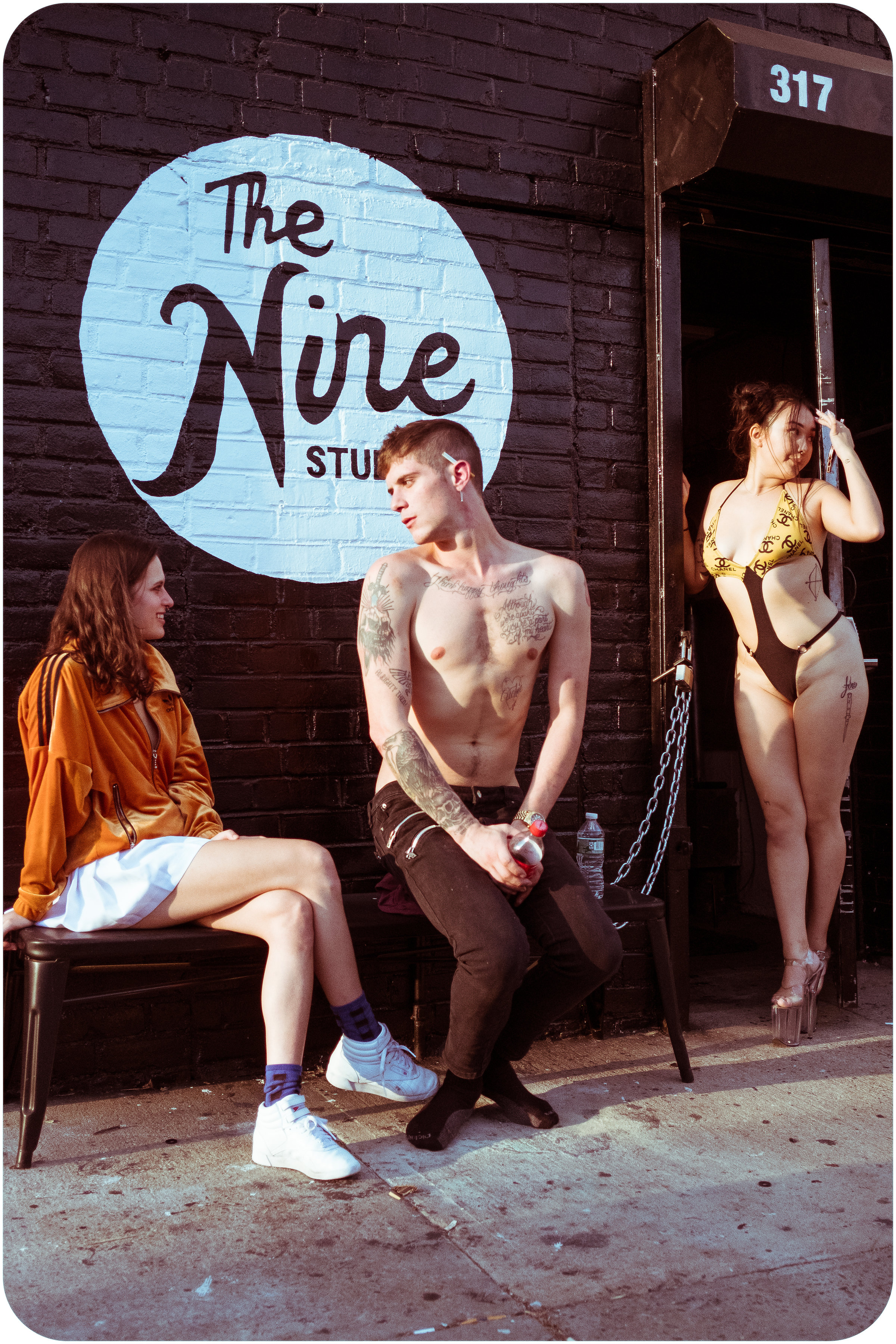 “I opened the studios, because I had a passion for photography and saw a huge gap in the industry. I decided to bridge that gap. However, I learned I couldn’t do it alone. I stumbled upon my partner Matthew Selvagn who is a great photographer. He came in and really streamlined the business. I was the punk kid with all the connections and some money to start it; he was the educated business man with a knack for the photo industry.” – Charlie Himmelstein

Being geniuses in capturing the female body and also regular patrons of Pumps, this shoot was a total given. Charlie proposed the bright idea to the girls and they were more than happy to oblige and give it their all. You could plainly see the comfort they all had in Charlie and Matt to really capture the essence of what Pumps and it’s dancers are all about. With their wardrobe in tow, and a “let’s get it” attitude we were all in for a surprise. As curious as I was, I asked Charlie what I should expect. His reply: “Oh, you’ll have plenty of questions when you get here. But, in fact I didn’t because the intent behind this shoot was clear: photograph the beautiful girls of pumps in their natural elements. I decided from then on that I wanted to get to know each girl on a personal level to really understand their individual characteristics since each was so vibrant and unique. All in all, the poses were striking and the eyes were seducing each click of the camera, making modeling look like a walk in the park. 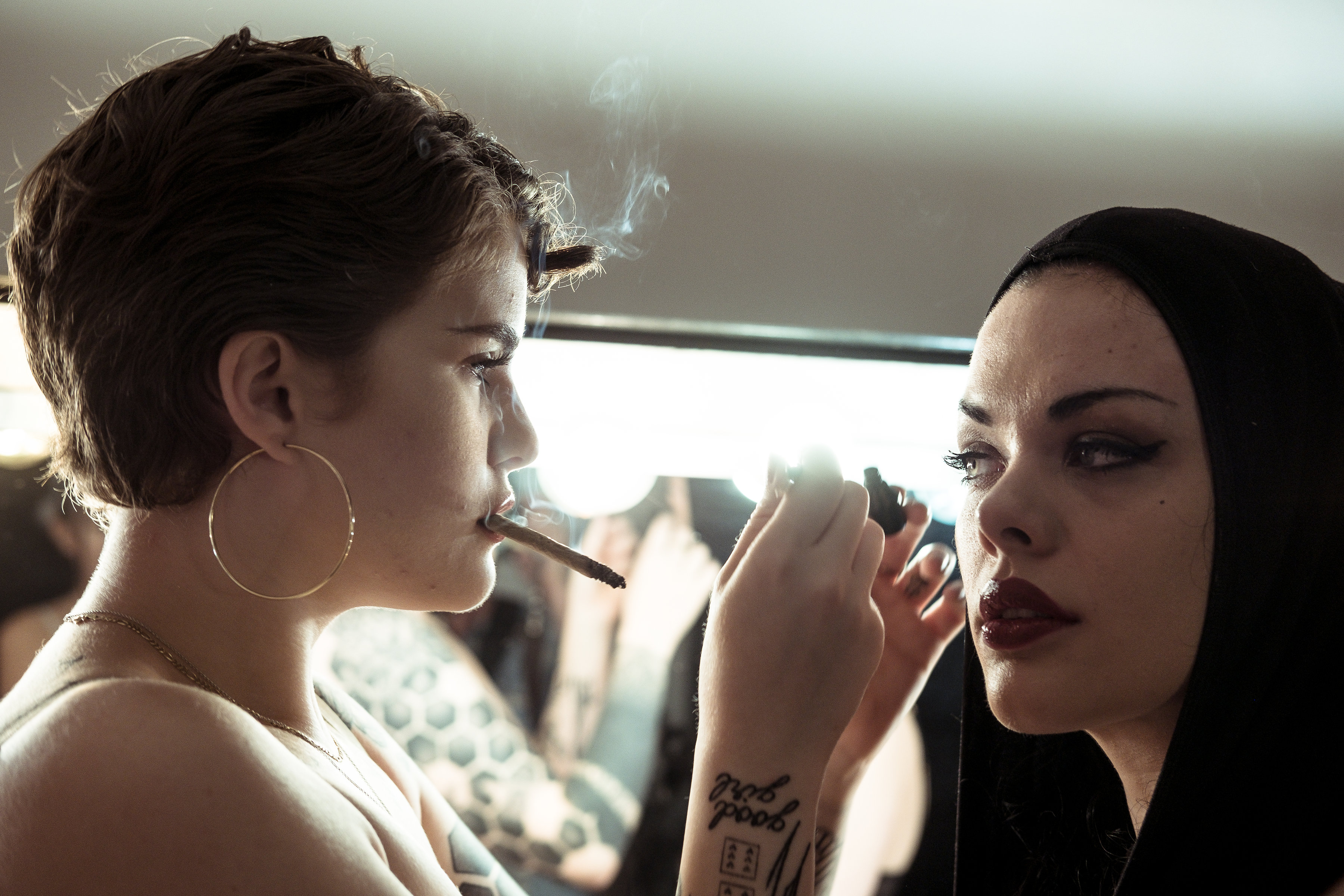 Walking into The Nine Studios’ East Williamsburg, Brooklyn location, the scene had been made up of Jameson flowing, joints being rolled, underwear being flung, and lipstick being applied. The shoot was in full swing, with “Tai” being shot in her angelic angel outfit. “I’m a virginal whore” she explained while pouting her lips and perking her lady lumps out for the camera. The backdrop in the main room had mesh curtains and hanging chains, that I’d soon find out were sturdy for swinging on. The other room resembled a dressing room you may find in a strip club, with bright bulbs and big mirrors. Not to mention, Charlie and Matt both made it a point to never put the camera down, generating shots on shots of the girls just doing their thing.

“The girls from Pumps may not be your stereotypical fashion models, but they know how to make a shoot a really rad and original time; and we want to stray away from the norm ourselves as photographers/business owners anyway.” -Charlie Himmelstein

All the ladies were sweet, spicy, and never sour; “we are a sisterhood of strippers”, one stated boldly. That statement proved to be completely true. It had been evident that all the ladies adored one another, which essentially cultivated these playful shots. Each girl has their very own distinct style, personality, and quirk to them, but I must say when they all stand together heel by heel, they are one. 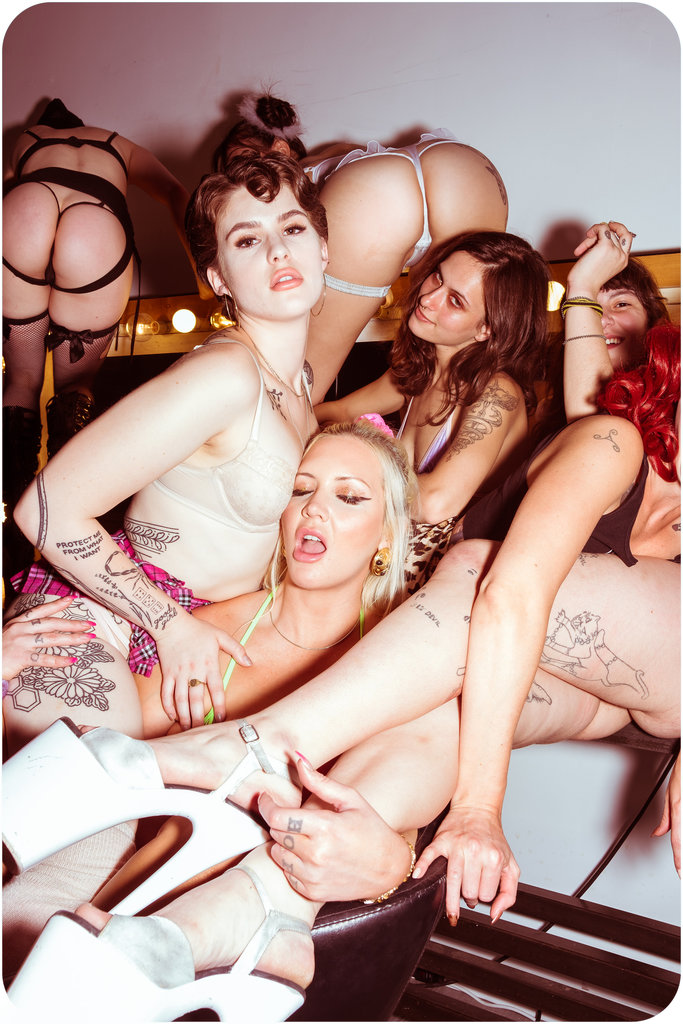 Here is a little bit about our lucky number seven strippers. “Dottie Dynamo” had all the traits to make every man’s pin-up girl fantasy come true, with her voluminous red hair and polka dotted clothing. “Storm” is Pump’s veteran dark vixen with striking blue eyes and the most inviting personality. “Sadie”, the punk princess who is stunning without a lick of makeup and a f**k to give. “Tai”, the brainy babe, with all the right poses and political correctness to become the first female president. “Reed”, the sweet angelic tattooed angel who also looks like she could eat a man whole. “Mona”, the petite spunky sweetheart with smiles and laughs for days. And last but not least “Texas”, Anna Nicole Smith’s doppelgänger, with the most stunning natural curves, a 7′ foot 4′ inch leg wing span, and energy to feed any room she does a split in. 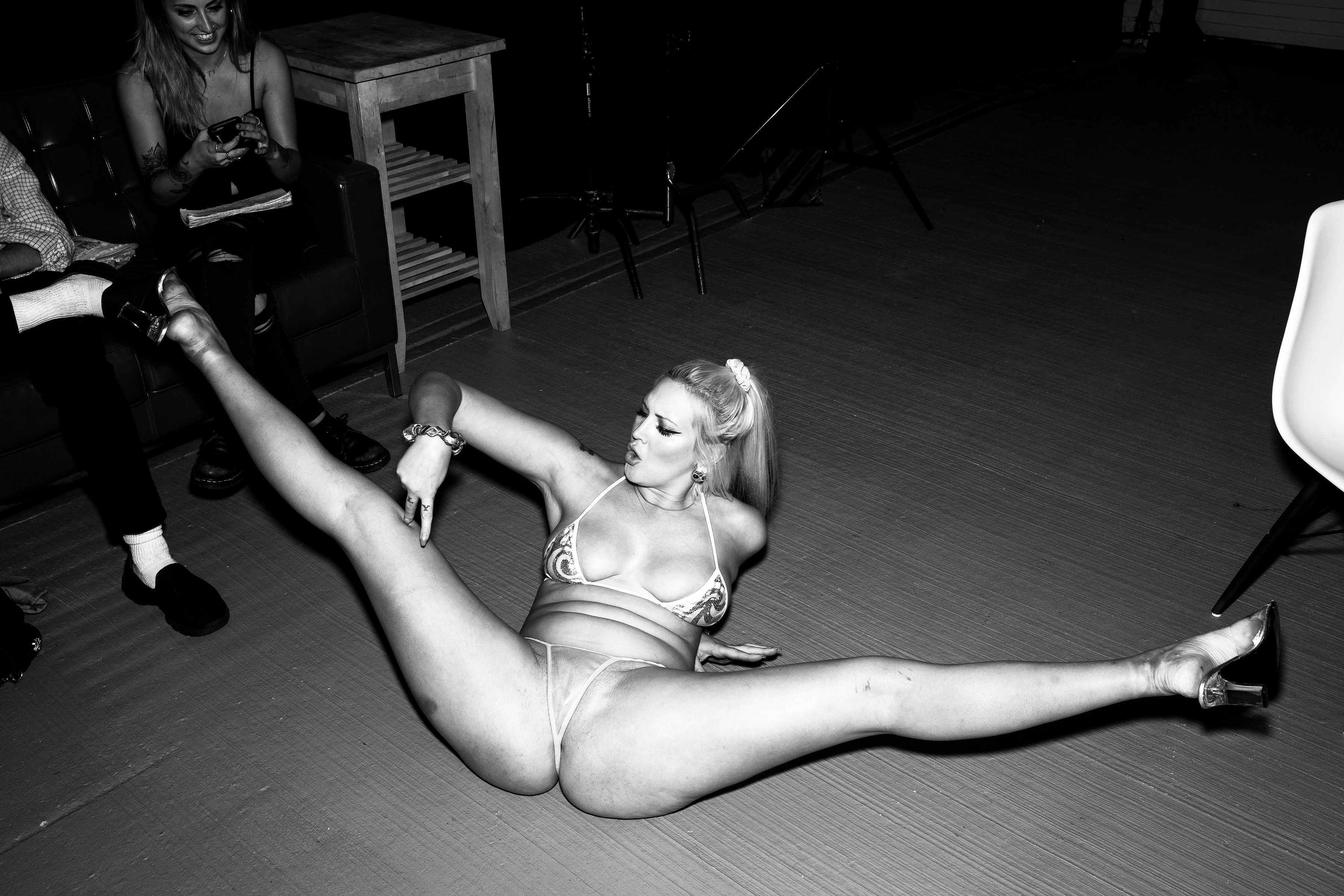 “Pumps is not a strip club, it’s a movement” – Texas

Turn a blind eye to their uniqueness and find out these women have a common factor: they’re shameless and empowered which certainly shined through the lens. None of the ladies were in need of any direction in regards to positions or poses. They took full advantage of each shot giving it their own little je ne sais quoi. You can take pleasure in knowing these photos are minimally staged, real as f**k with the most laid back production. It’s refreshing to see a photo sick shoot bloom from just two powerful components: devoted photographers and enthusiastic half-naked ladies.

For more butts, boobs, and glory check out the full shoot here: Pumps @ THE 9 studios 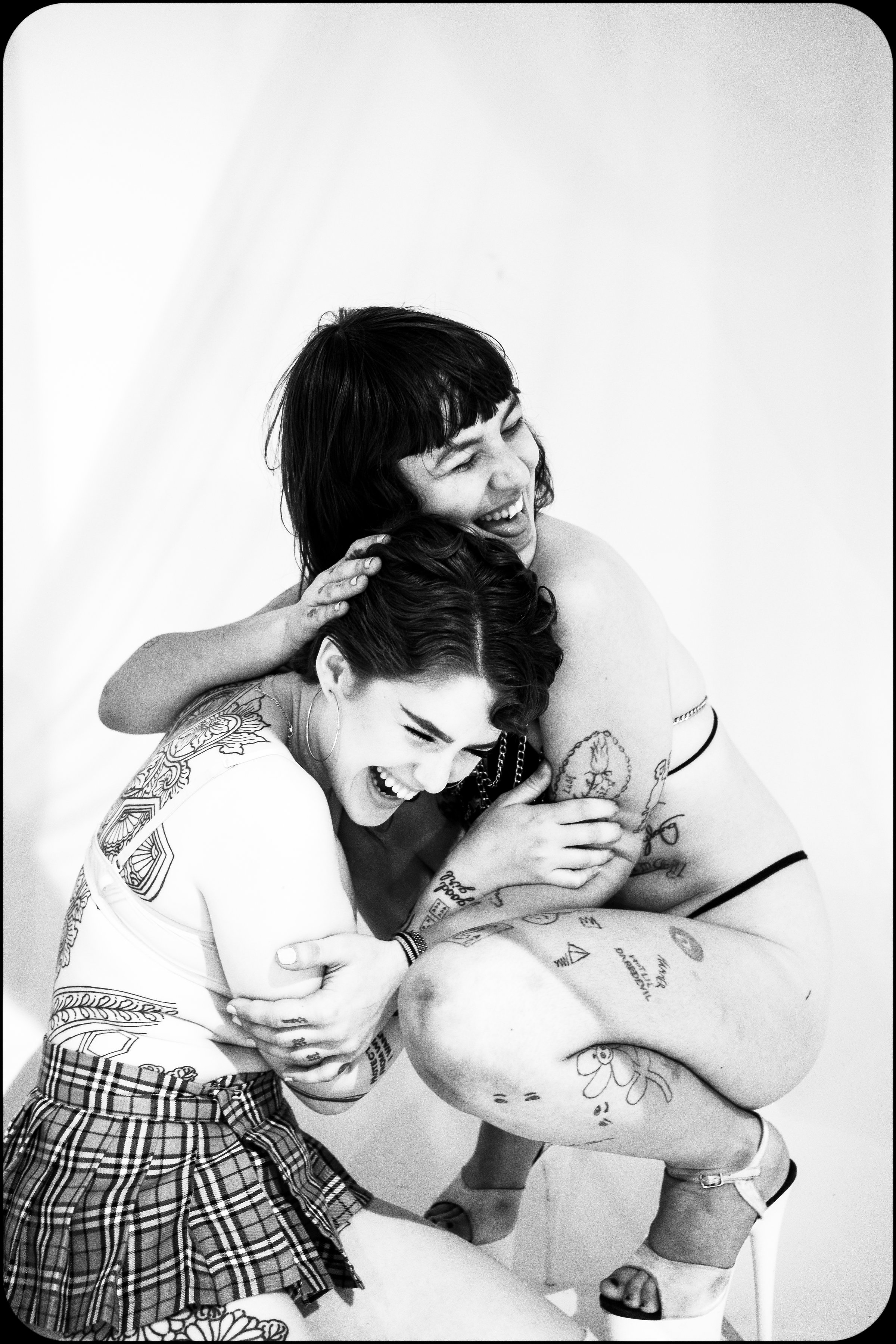 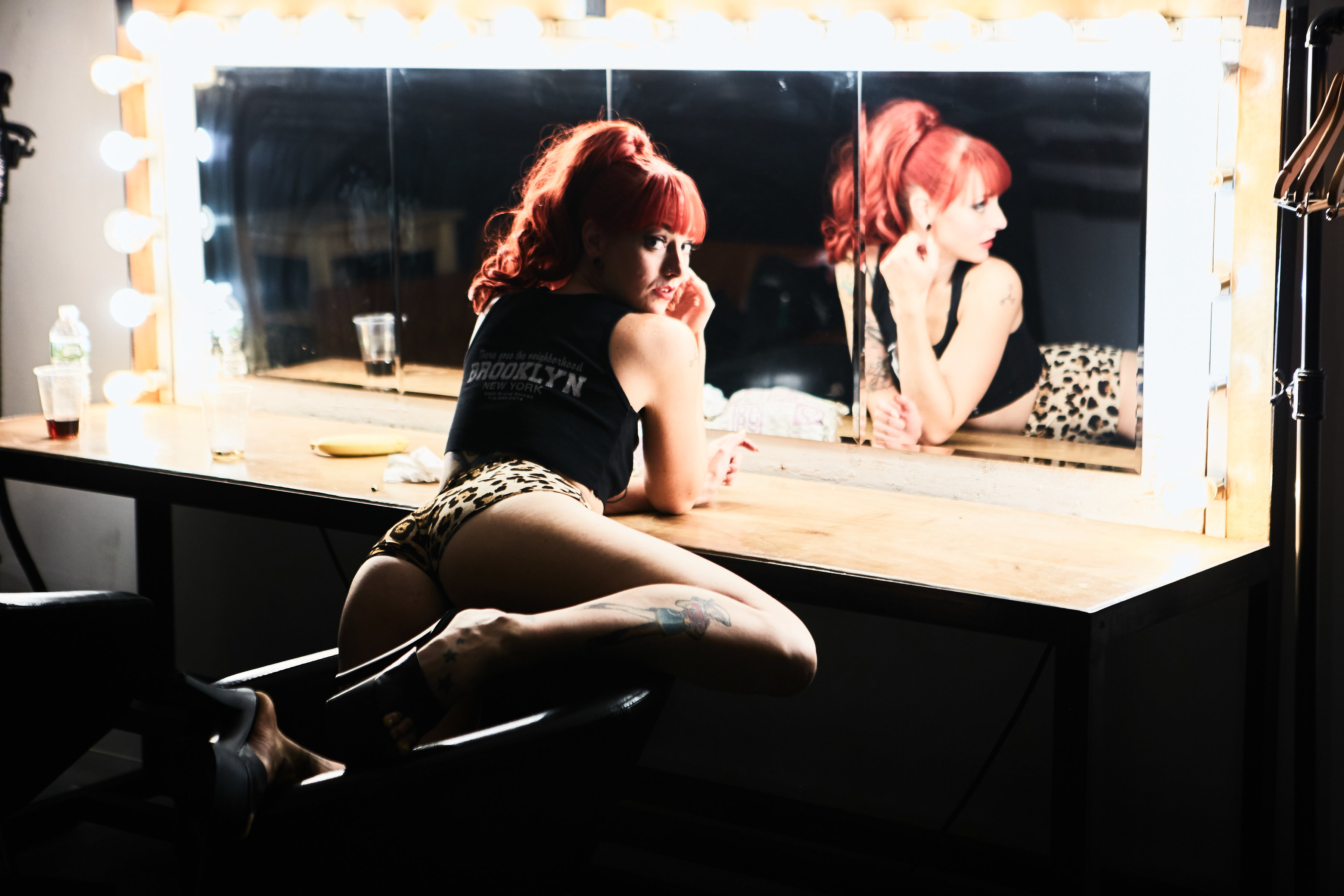 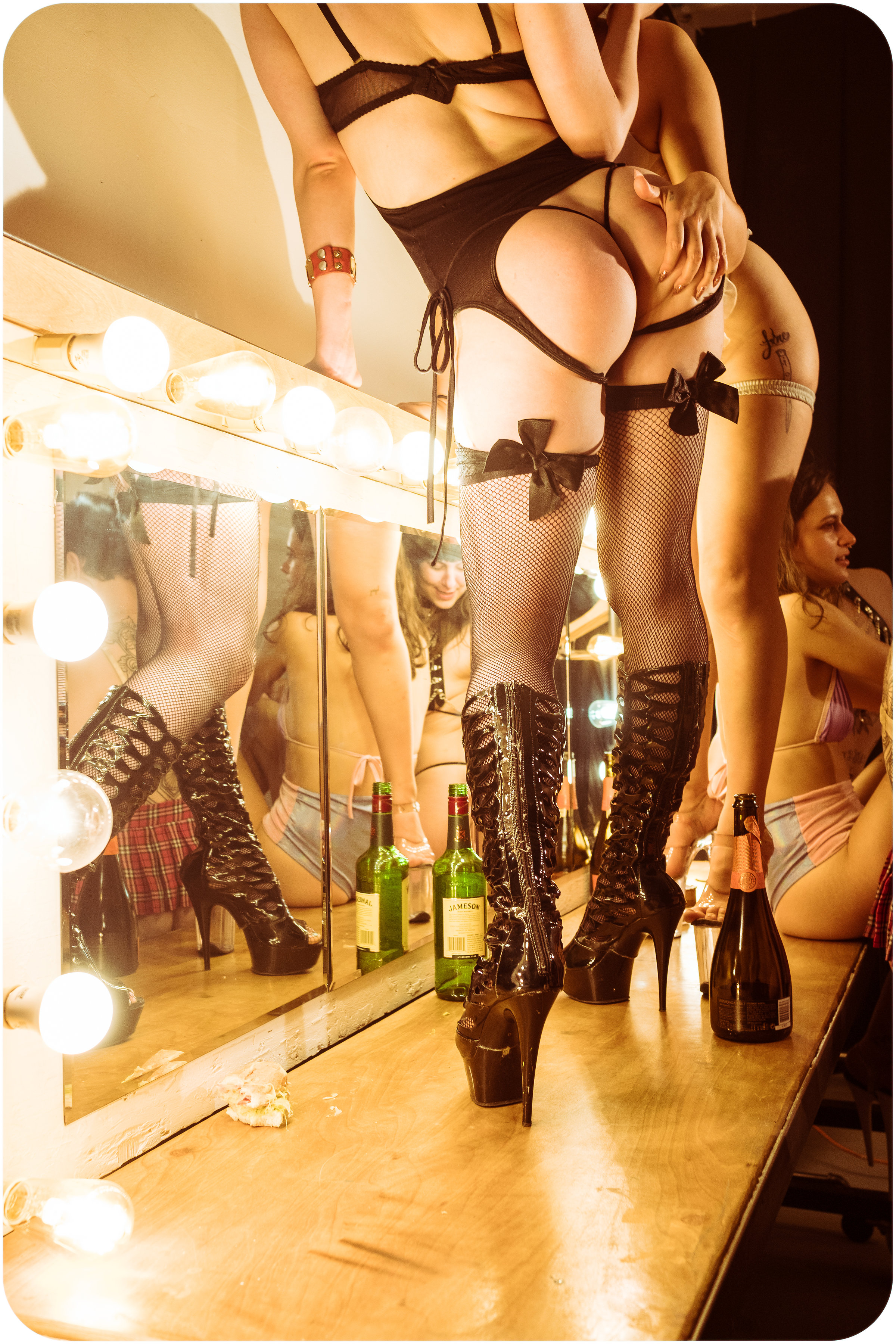 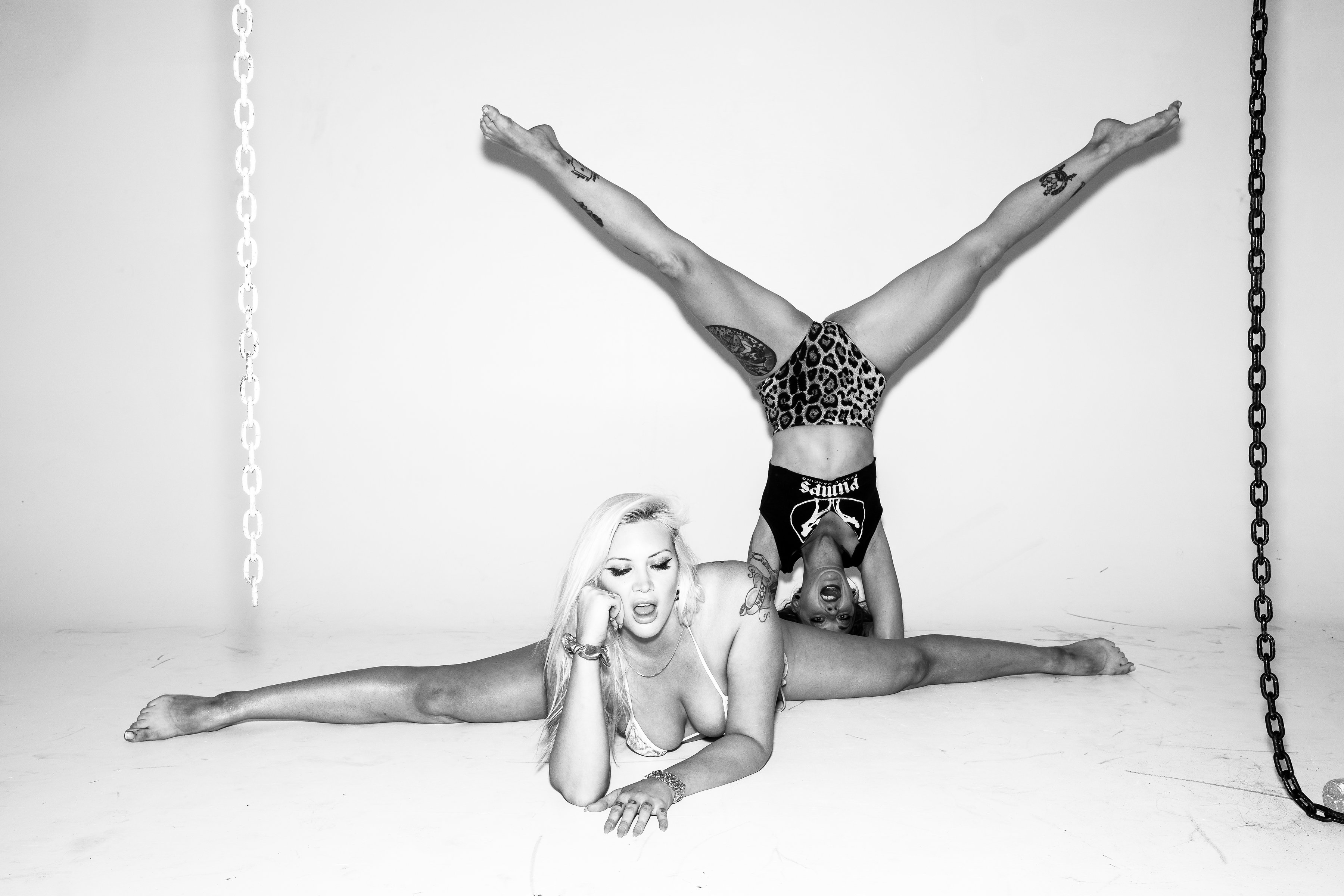 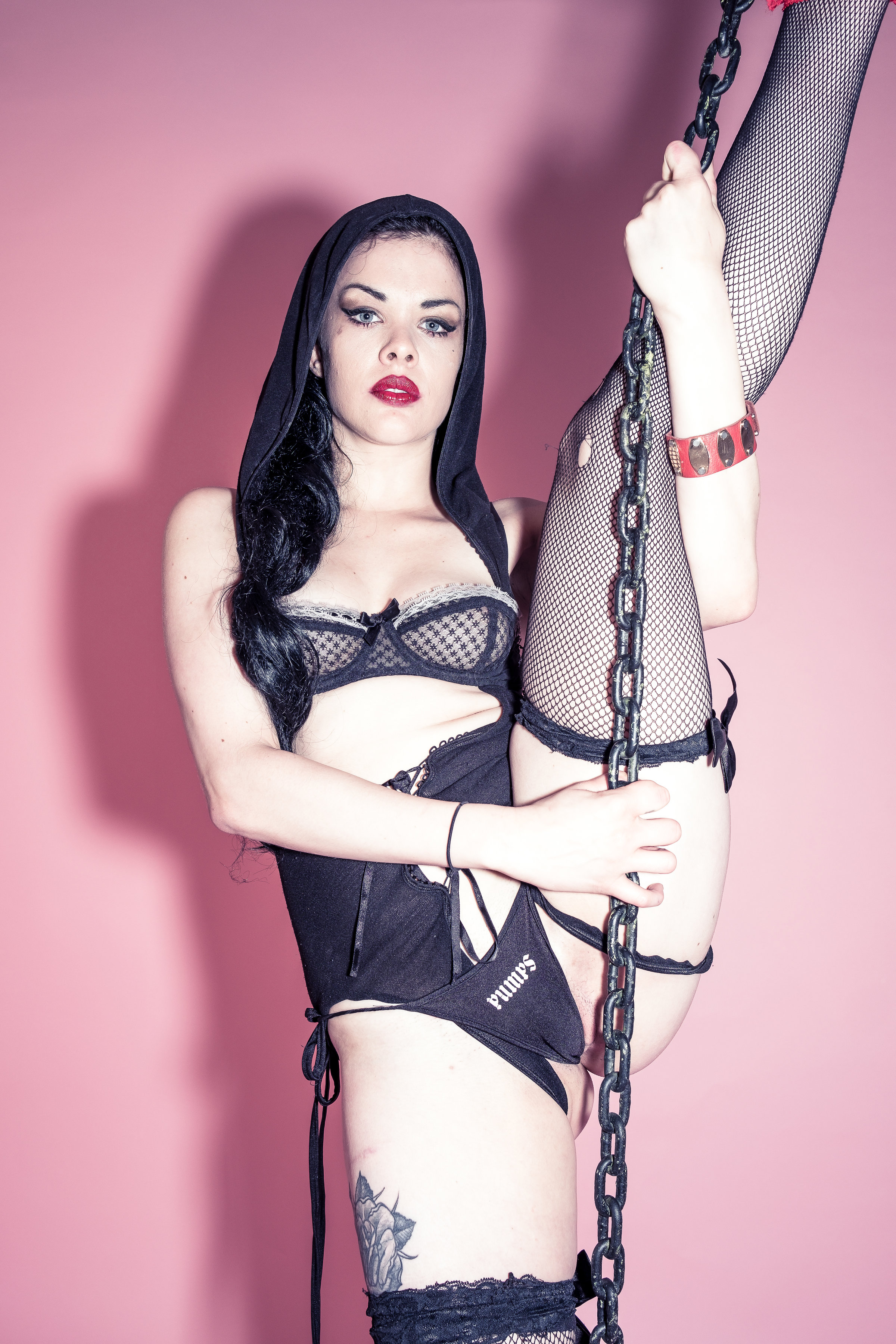 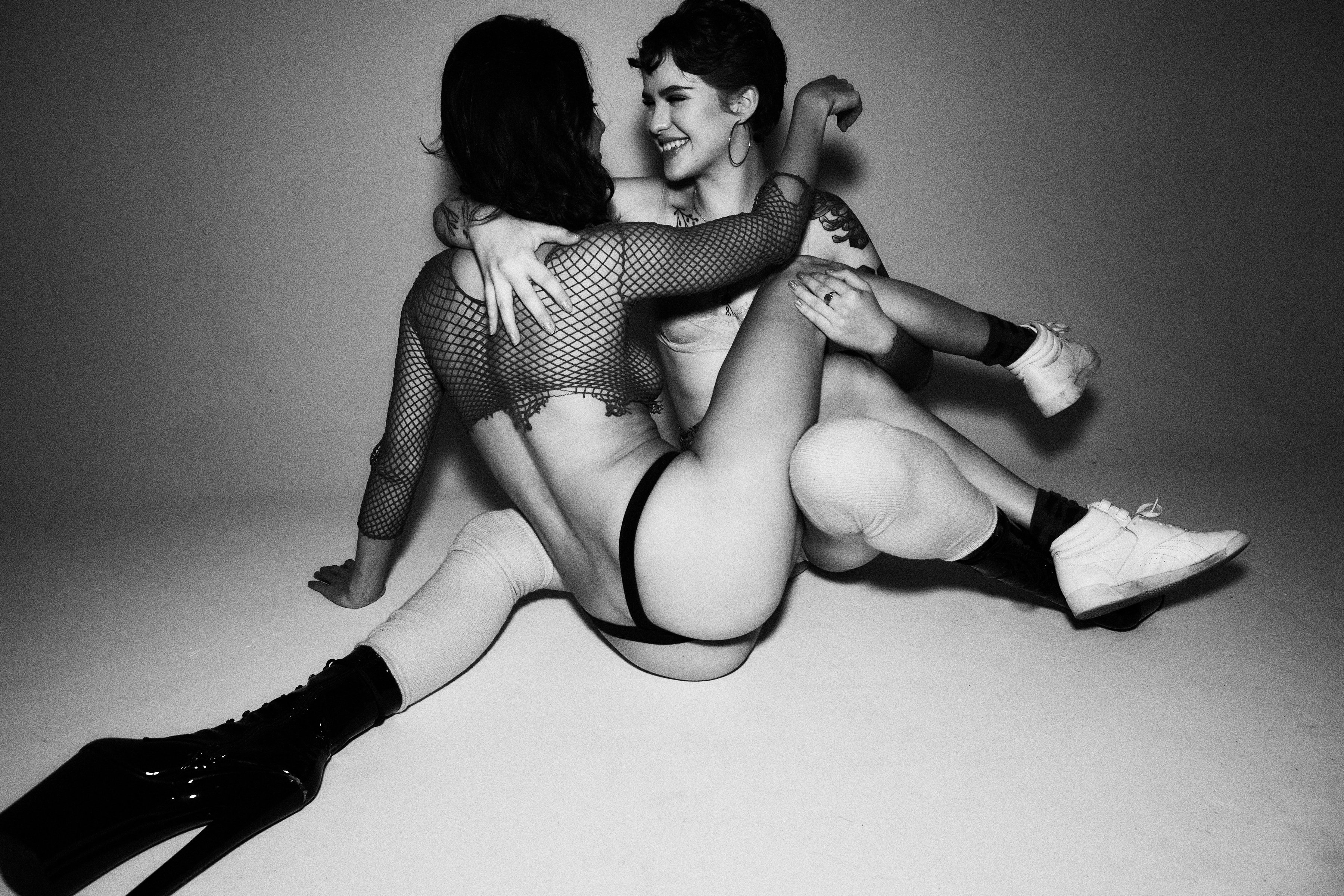 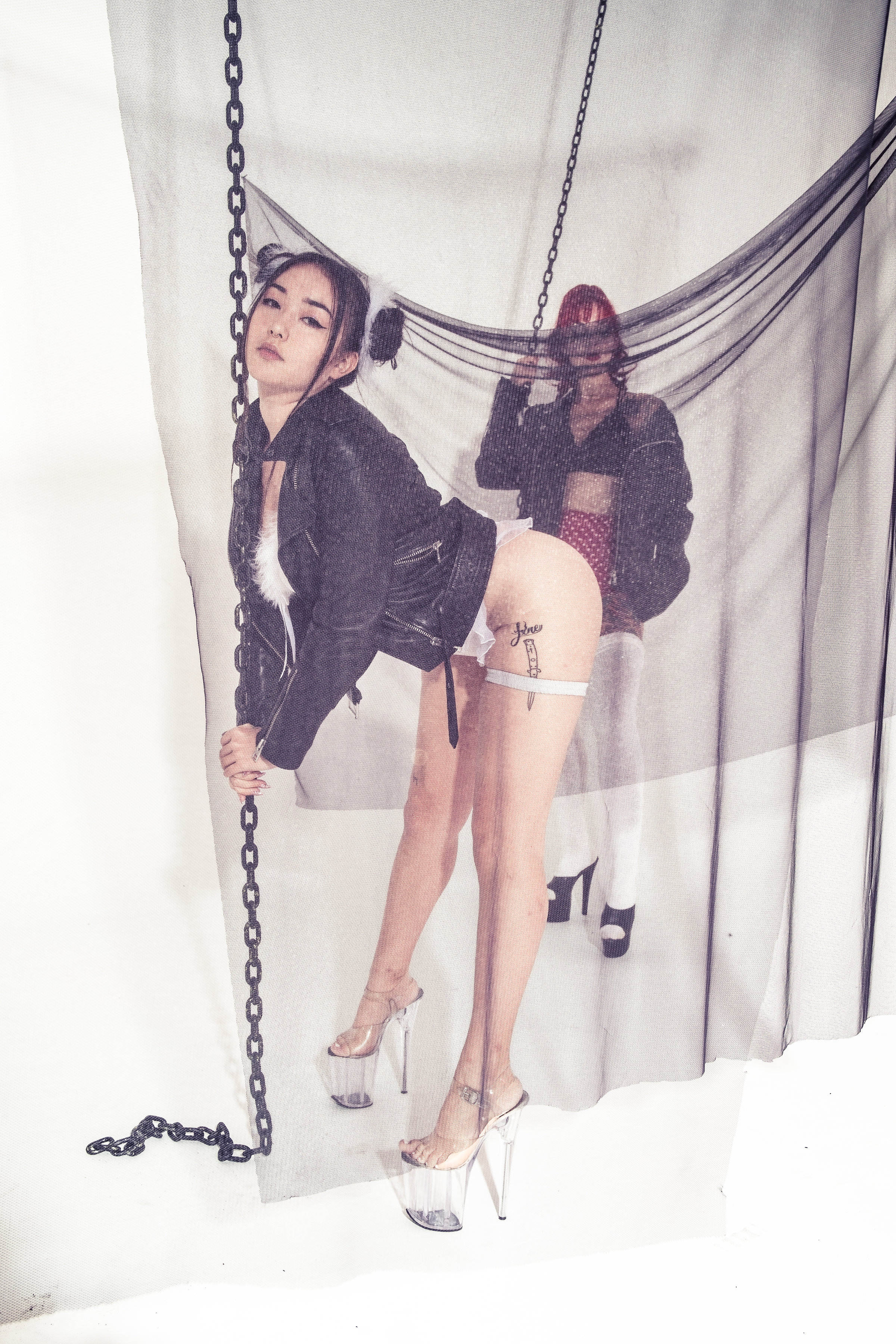 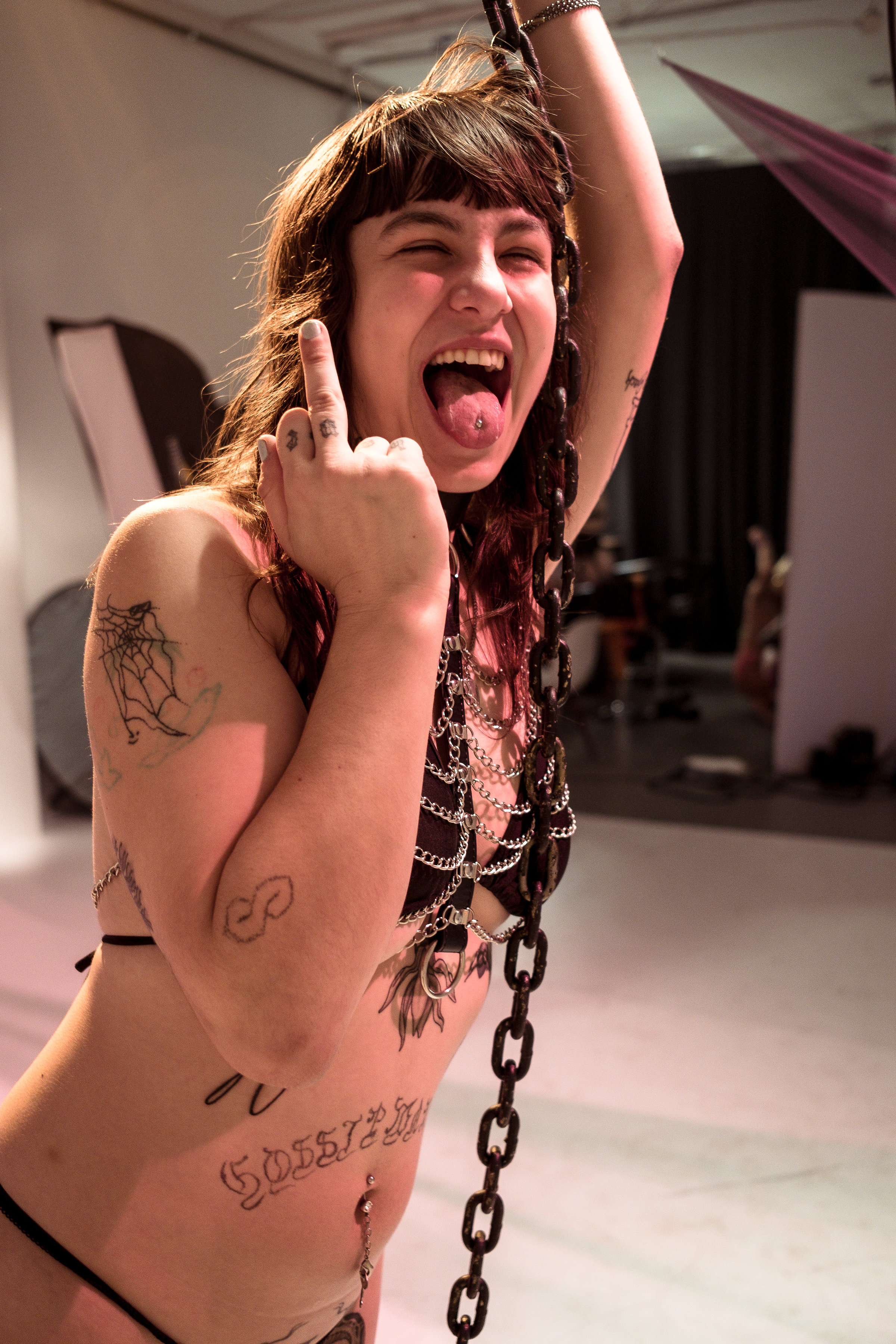 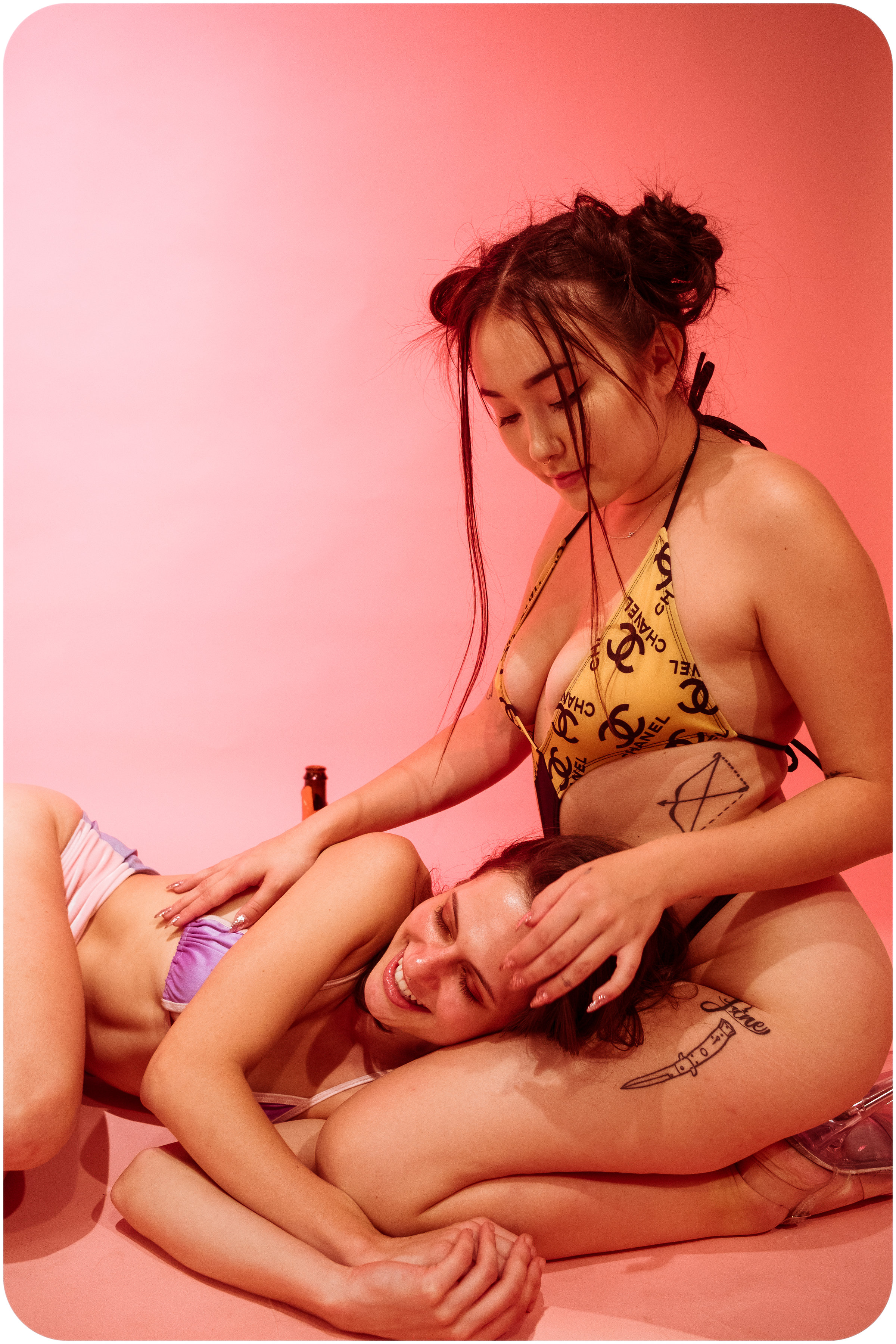 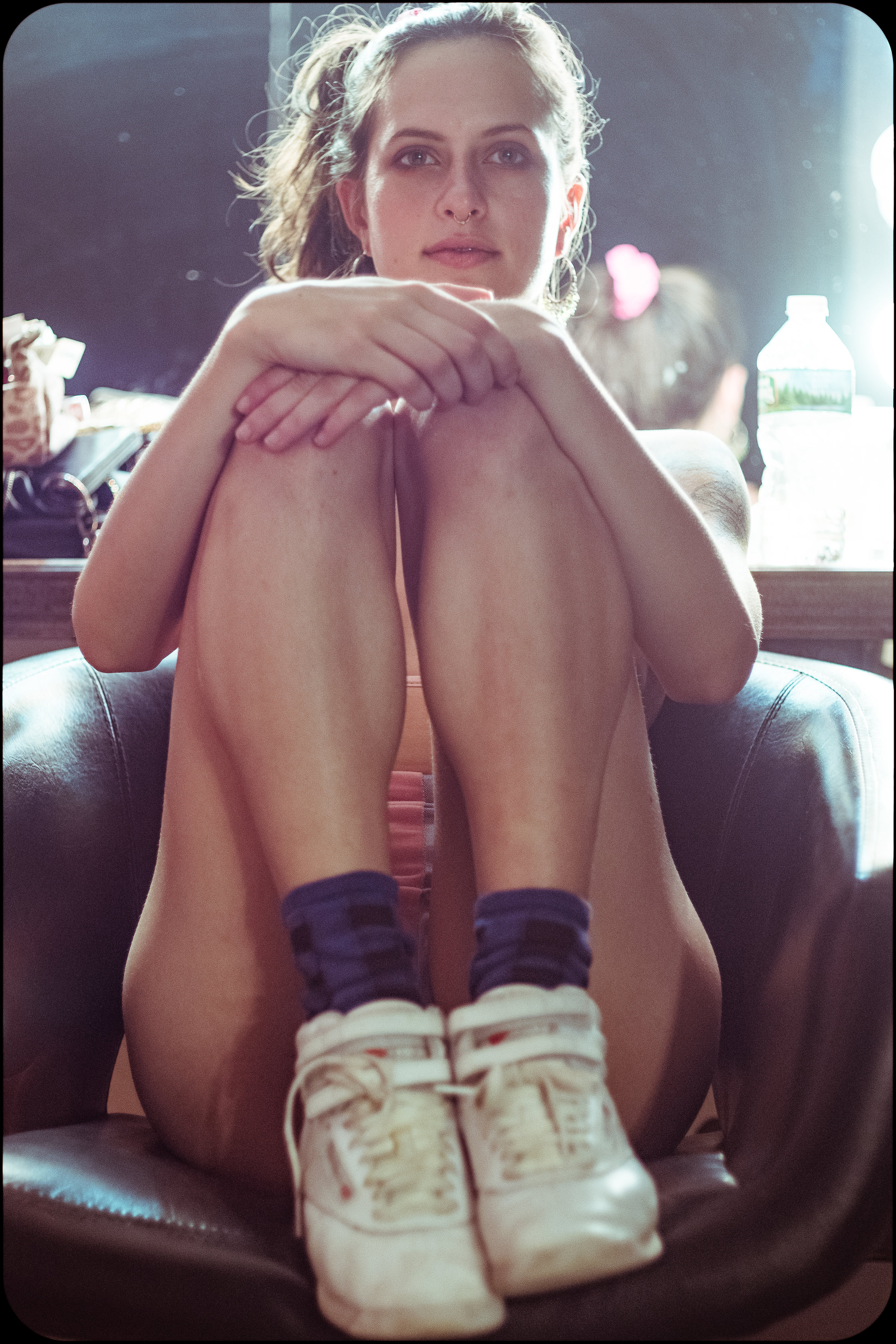 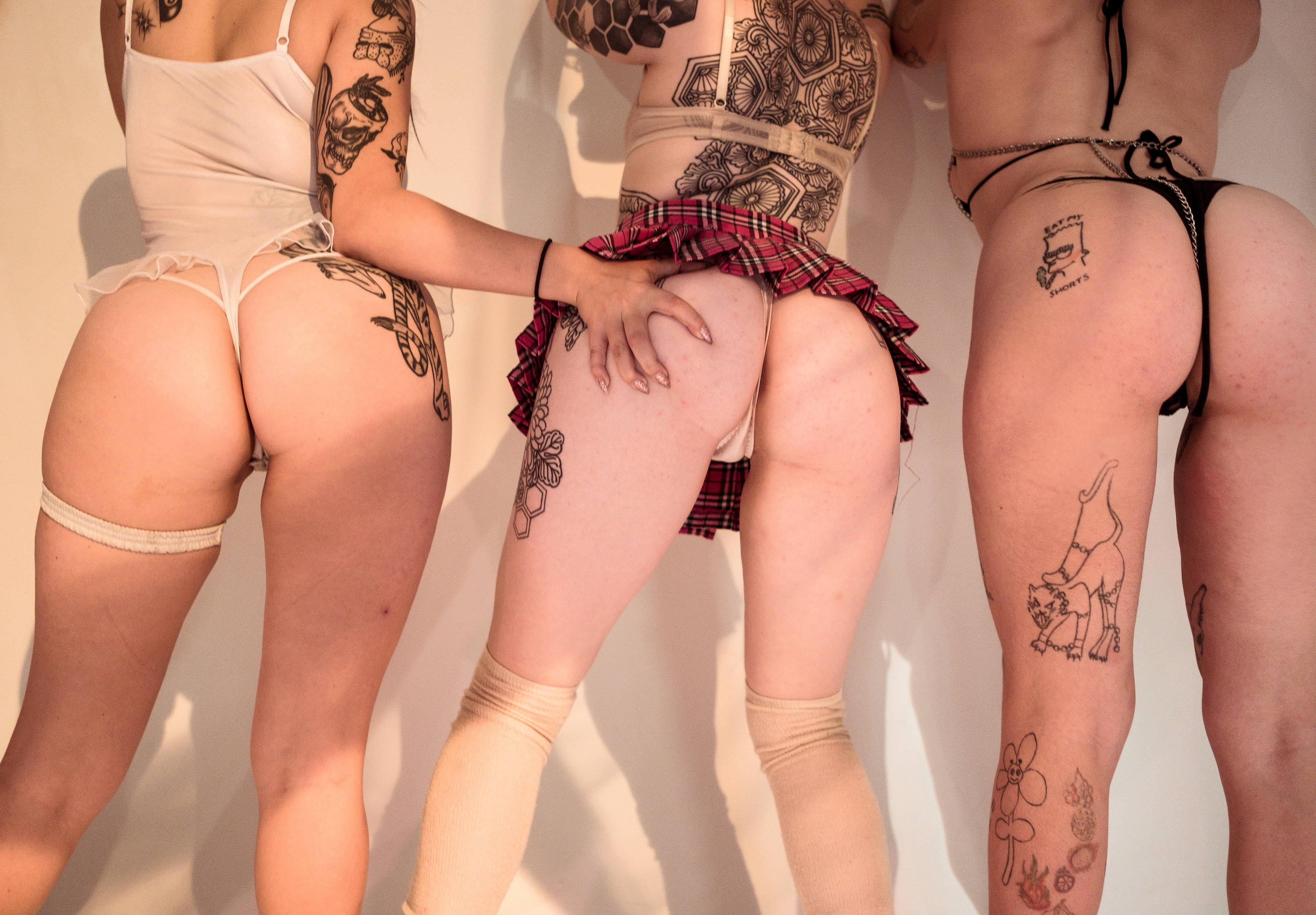 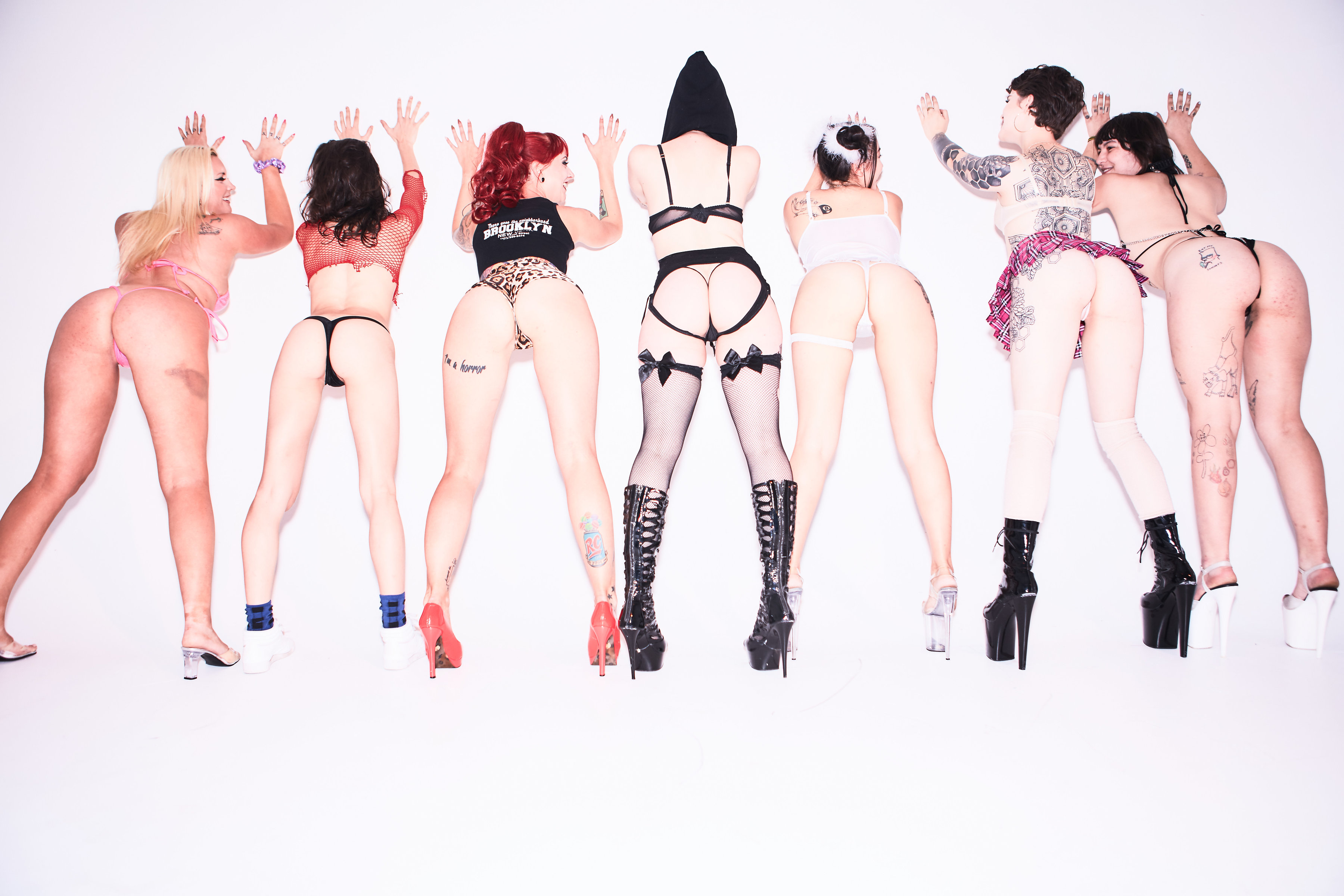