‘You Are Not Banksy’: One Photographer’s Rendition Of Banksy’s Graffiti

Nick Stern is a renowned photojournalist, artist, filmmaker, and also one of Banksy’s biggest fans. Ok, so he adores Banksy’s work. I mean who doesn’t? But how far would Stern go to prove his adoration? Well, by seamlessly re-enacting Banksy’s most loved and hated work through live portraits. Just the time and effort it took to get the “You Are Not Banksy” project kick-started proves the appreciation for Banksy that Stern has.

Most of you may already know that a Banksy speaks though hidden messages and the controversial subjects they bring up. From materialism, greed, capitalism, a rigged system, unqualified law agents, war…Banksy throws shade at it all. He beautifully paints the destruction going on in the world, and it’s rather genius considering most people’s attention spans are too short to read up on it. Banksy knows this decline all too well, so his method to use wall-art to be heard is how he communicates to a world that he feels needs to wake-up and start taking notice.

“The greatest photographs are created in the mind of the photographer and not in the workings of the camera.” – Stern

Not only were the pictures similar to Banksy’s graffiti, but the props, costumes, models, and backdrops were almost an exact replica of the painted version. Also, the behind the scenes of these captures, were in true Banksy style: no permits and no permission. Stern would find the perfect street, then unload and shoot till he got his ideal shot, wrapping up and secretly tiptoeing away after. This rebellious set-up is what Banksy would have wanted.

The project strayed away from being trendy, and instead remained dedicated to emphasizing the drear circumstances behind each art piece’s meaning. Overall this brainchild to bring Banksy’s art to life could have been done a long time ago, but we are grateful for Stern to bring Banksy’s work to life. 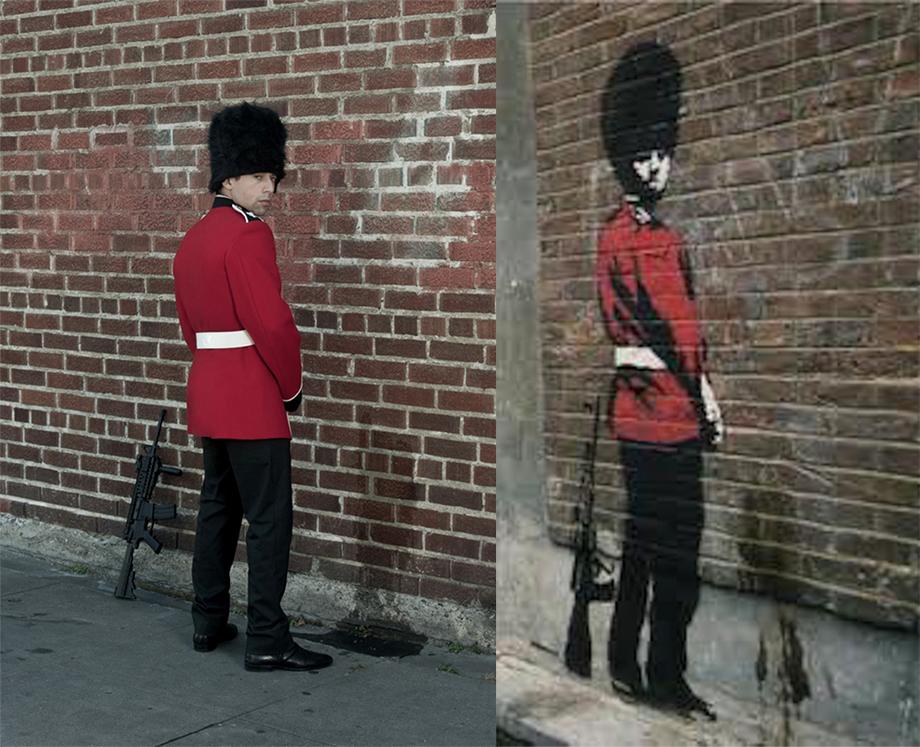 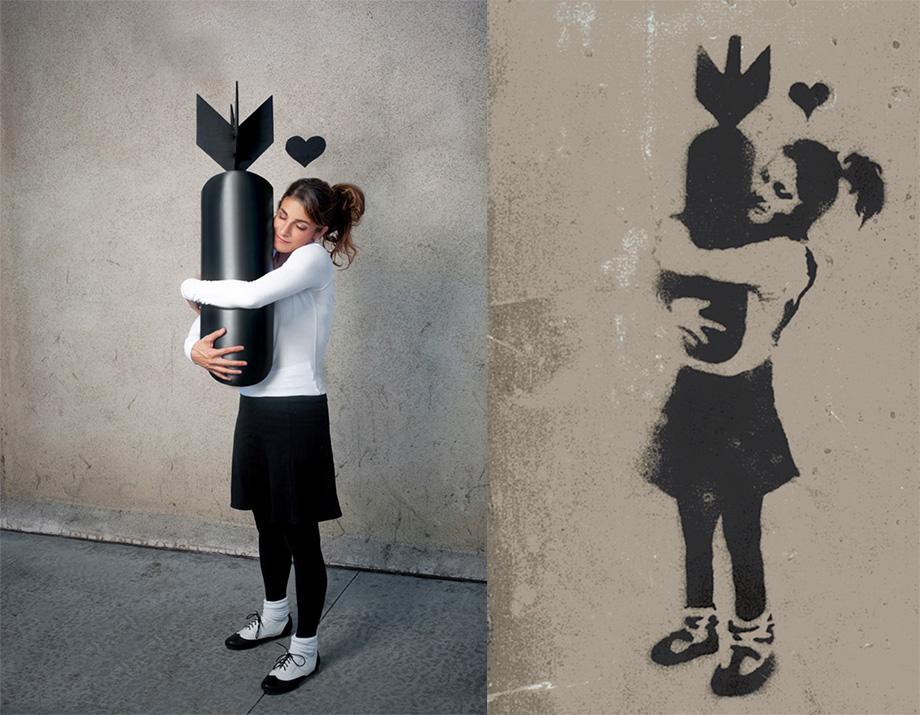 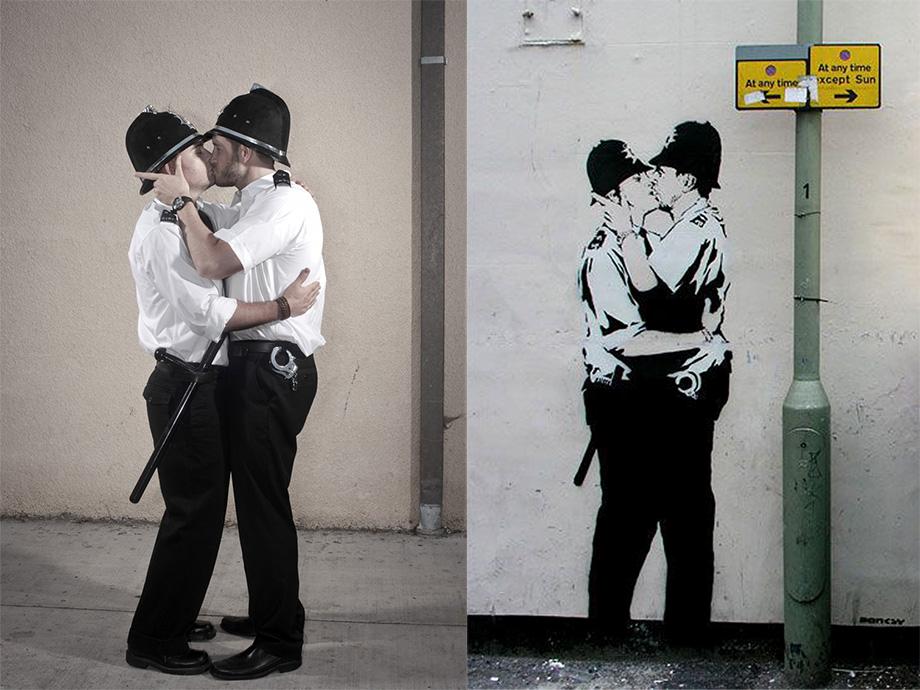 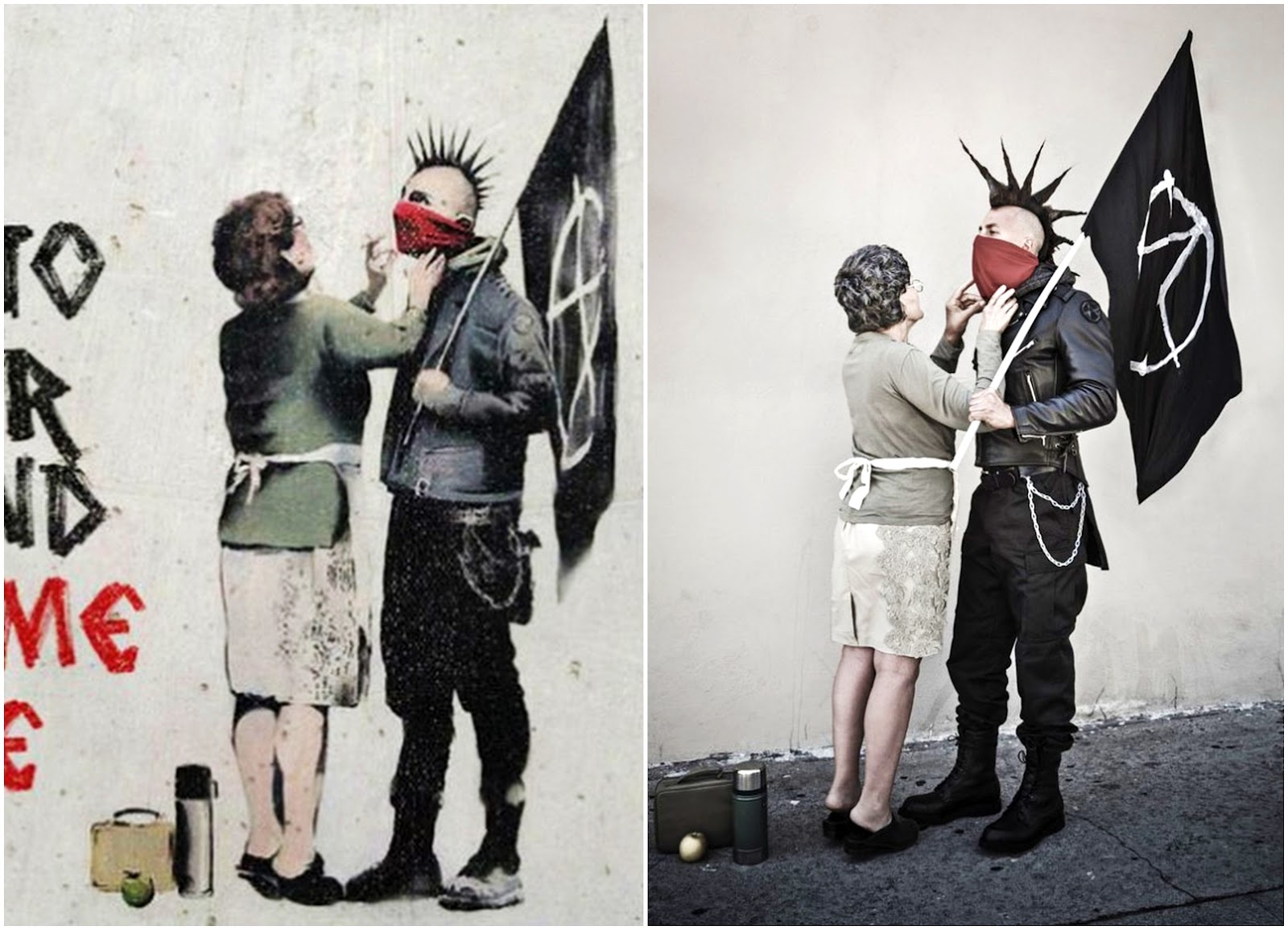 According to Stern, this will not be the only re-creations of Banksy’s graffiti, and he is still in the works of gathering all the resources for more, so if you’re for this project make sure to keep an eye out for more.