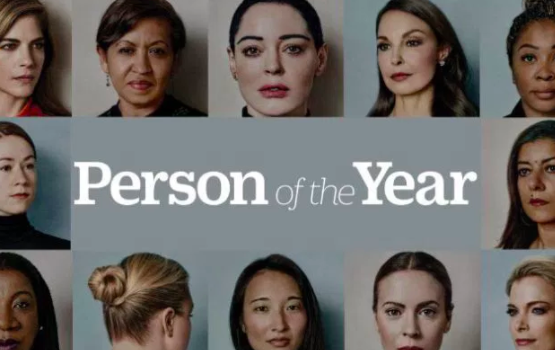 TIME’s “Silence Breakers”: Behind The Scenes Of The Iconic Photos As sexual assault allegations have swept the entertainment industry int he past months, hundreds of women across the country have come forward to speak out about sexual harassment and abuse from their respective industries, thus launching a nation-wide cultural reckoning unlike anything we’ve seen in decades.

In order to capture this iconic bravery and strength that pulses between these women as they unite in exposing this kind of unfair treatment, TIME needed to bring in photographers capable of portraying this. Behind the Scenes with Billy & Hells

In comes Berlin photography duo, Billy & Hells, made up of Anke Linz and Andreas Oettinger. The duo, well-known for their intimate portraits that “convey a quiet poetry coupled with a resounding dignity” were brought in to do just this. TIME was keen to capture the emotion behind these women’s stories, while maintaining a steady beat of resilience and strength. Linz tells TIME, “It takes so much courage to go in front of a camera, espcially in light of this story. It was important for us to portray the subjects; inner strength and spirit.” The cover of TIME magazine features five women: Ashley Judd, Susan Fowler, Adama Iwu, Taylor Swift, and Isabel Pascual. These women represent a group individuals courageous enough to push back against sexual abuse, serving as pioneers to all women as we begin to speak up and stand up.

This story features a series of 24 portraits, shot in a number of sessions in NYC, Los Angeles and San Francisco over a course of 10 days. Each portrait features a woman would made waves in some way or another, in an act of individual bravery. The portrait sittings were then followed by an interview session, all of which came together in a video put out by TIME with the release of the magazine. Linz adds, “It takes so much courage to go in front of a camera, especially in light of this story. It was important for us to portray the subjects; inner strength and spirit.”

These stunningly intimate portraits truly capture the tremendous emotion behind this cultural upheaval, while maintaining a brilliant sense of dignity.—you can almost just feel the pride and fearlessness radiating off the page.