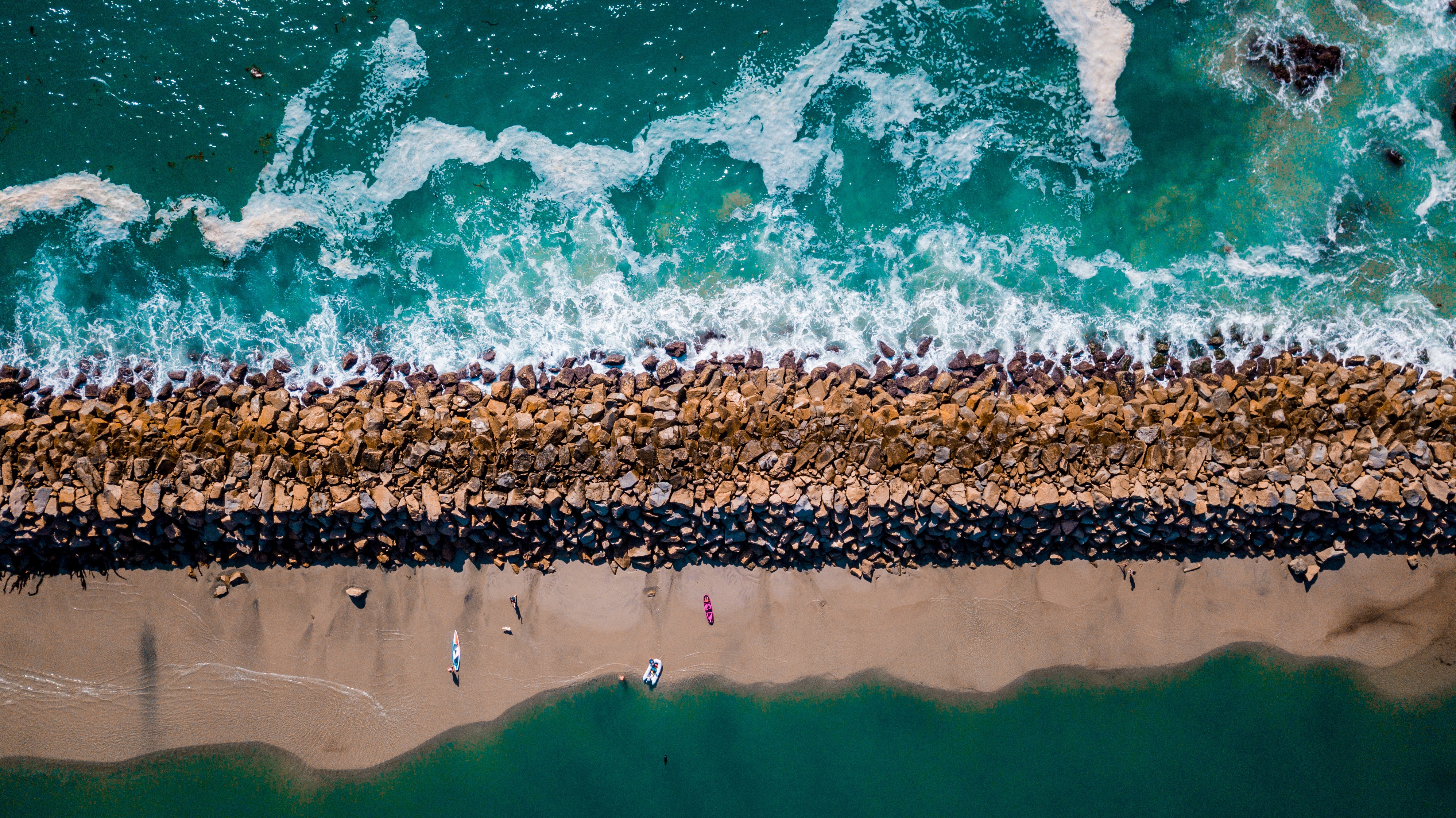 Whether you’re an established photographer, an aspiring filmmaker or just a hobbyist, drones are an incredible way to capture aerial footage that we normally aren’t able to from the ground. However, because we can only see what’s around us down here, it’s hard to know where exactly the best places to get awesome top-down drone shots are. Fear no more — we’re here to help.

If you’ve got the budget for a transatlantic trip across the world to somewhere like Dubai or Australia, you’re in luck. From the deserts of Dubai to the seashores of Australia, there are a number of sweet spots to get some great drone shots. But don’t worry, if you don’t have the time or resources to make it across the world for some drone-shooting, there are a number of places that can make for some of the best top-down drone locations in the world, like Venice, California or the east coast state of New Hampshire.

Not sure where to start shooting with your drone? Here are 10 of the best top-down drone locations in the world.

Go a few miles offshore to the beach of Tan-awan in Oslob, Cebu in the Philippines and you’re in the middle of whale shark territory. In fact, whale shark watching is a major tourist attraction and pastime of locals here, meaning it’s also a great opportunity for some aerial footage. The local fisherman feed the whale sharks, which attract them towards the shore and let them interact with people. While many places around the world boast sharks, whales and other marine wildlife as an attraction, you’re guaranteed to see whale sharks in Oslob anytime of the year.

Just an hour outside of Iceland’s capital city Reyjavik is the Blue Lagoon, a geothermal spa located in the middle of a lava field. The hot lagoon, which is rich in minerals like silica and sulfur and reaches temperatures of up to 102 degrees F, operates on geothermal power from the Svartsengi geothermal power station located nearby. The contrast between the icy blue colors of the water and the dark, rigid textures of the dried lava make it an incredible location for drone photography.

Known for its sunny skies and sandy beaches, California is a great spot to get some drone footage. And while an aerial shot of the Golden Gate Bridge or the Santa Monica Pier might be the first thing you test shoot while in Cali, if you want to get even more creative, take a closer look around you. This top-down drone shot of the Venice Skatepark shot by Cali-based photographer @keithkman is the prime example.

If you can make it to the south of France between June to August, stop in the Provence region to catch some top-down shots of the lavender fields in full-bloom. Not only will your drone shots be full of hues of blues and golds and the symmetry of the fields, but you’ll be able to snap images of the farming and harvesting processes too.

The ocean pool at Mona Vale Beach in New South Wales, Australia is not only a great location to catch some beautiful oceanic shots, but the pool itself is situated in the middle of a break so you’ll also capture crashing waves, a sandbar and more all in one spot. With hues of greens, blues and purples alongside bright sand, the pool itself looks like its own sanctuary — a calmness to the chaos.

While some of the best photographs feel like they are of palm trees, sun rays and white beaches, the wintertime is also a great opportunity to capture some top-down drone shots. Just take a look at Maloja Pass in the Swiss Alps. In the winter, the windy mountain pass, which is nearly 6,000 feet above sea level, boasts picture-perfect white powder surrounding its dark road that takes you all the way to Chiavenna, Italy. Formed from receding glaciers, the historic pass dates back to the time of the Romans and was left over from the last ice age.

As China’s third most populous city, Guangzhou is making its way onto the maps of many photographers today. In fact, just last year, the city made headlines for the potential of becoming the world’s next global city because of its plans to become more energy-efficient and an international tech hub. The urban feel the city exudes, along with its clean highways, make it pristine shooting ground for top-down drone shots.

Lac Rose or Lake Retba, otherwise known as “Pink Lake” in English, sits on the northern peninsula of Senegal in Africa. Only an outside of Senegal’s capital city Dakar, the lake is pink and red in color because of its high salinity content combined with intense heat from the sun and the special “micro-algae” called “dunaliella salina” that grow in the warm water. Its vivid color alongside the mountains of salt that build against its shoreline make it an incredible location for aerial footage.

Desert winds of Dubai are no joke, but they are the perfect opportunity to get some amazing top-down drone shots. With its tropical desert climate combined with its strikingly vibrant and orange sands, just outside the busy metropolis are miles and miles of historical picturesque nature of the Middle East.

From fall to winter, watching the seasons change in a northeastern state of the United States can be a sight to see. The contrast between the seasons gives you a glimpse of the last brown leaves of fall and the snow front of December. New Hampshire is a great state to watch this happen because of its nature-rich land that cultivates miles and miles of tall beautiful pines. If you’re not able to catch the perfect moment between the changing of the seasons, opt to go in fall instead where the trees feature a diversity of autumn colors like reds, oranges and browns.