12 days ago, Casey Neistat sat down for an interview with Youtube’s Chief Business Officer Robert Kyncl. This morning, he posted it. They discussed a host of popular concerns raised by creators, the (original) Logan Paul fiasco, Adpocalypse, and what Youtube “stands for.” Here’s some of the highlights:

Casey: “How did it land on the home page?”

Robert: “There’s no simple answers to that, except that was a lot of interest in that video and a lot of searches for it, all around the world.”

On Why They Took 9 Days To Respond to the  Controversy

Robert:”…with Logan and a lot of his projects, there are hundreds of people involved whose paychecks depend on it…we don’t want to make a rash decision that impacts so many peoples livelihoods, it’s not just Logan. However, we do want to be faster.” 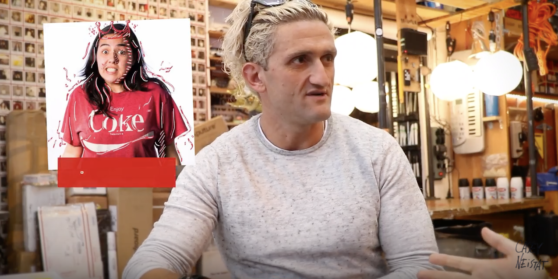 On What Kind of Creators He Would Like To See

Robert: “Educational content, but I don’t mean the traditional educational content, [but more like] ‘I’ve learned something new.’ My daughter, who became vegan–we didn’t want her to become vegan–she found all the inspiration and the arguments and how to argue and convince parents [in favor of veganism] on Youtube….We would [also] like more and more female creators….it’s a huge opportunity.”

Robert: “I might not have produced myself, but I started in the mailroom at a talent agency….became an assistant…went to work for a production financing company, then to HBO…eventually to Netflix, and then to Youtube. So I’ve been around content all of my professional career, and have learned it from inside out…I’m deeply passionate about it, I live it, and that’s both my professional and personal life.”

On the tension between creators and execs

Robert: “I wouldn’t want to call it tension because it implies we’re on different sides and were not…the thing we’ve struggle with is communication…we try so hard to communicate with creators, it’s always so disheartening to hear that its not coming through…we don’t see it as tension, we see it as: ‘If people are not happy, we have a problem, we are on the same side, we need to fix it.'” 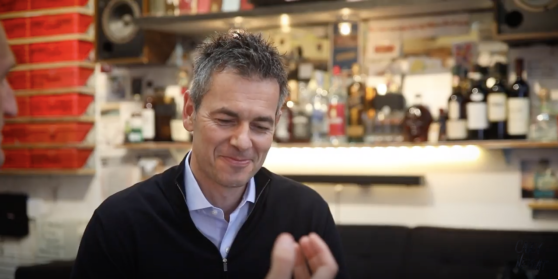 Reactions to the interview were mixed:

What did you think?