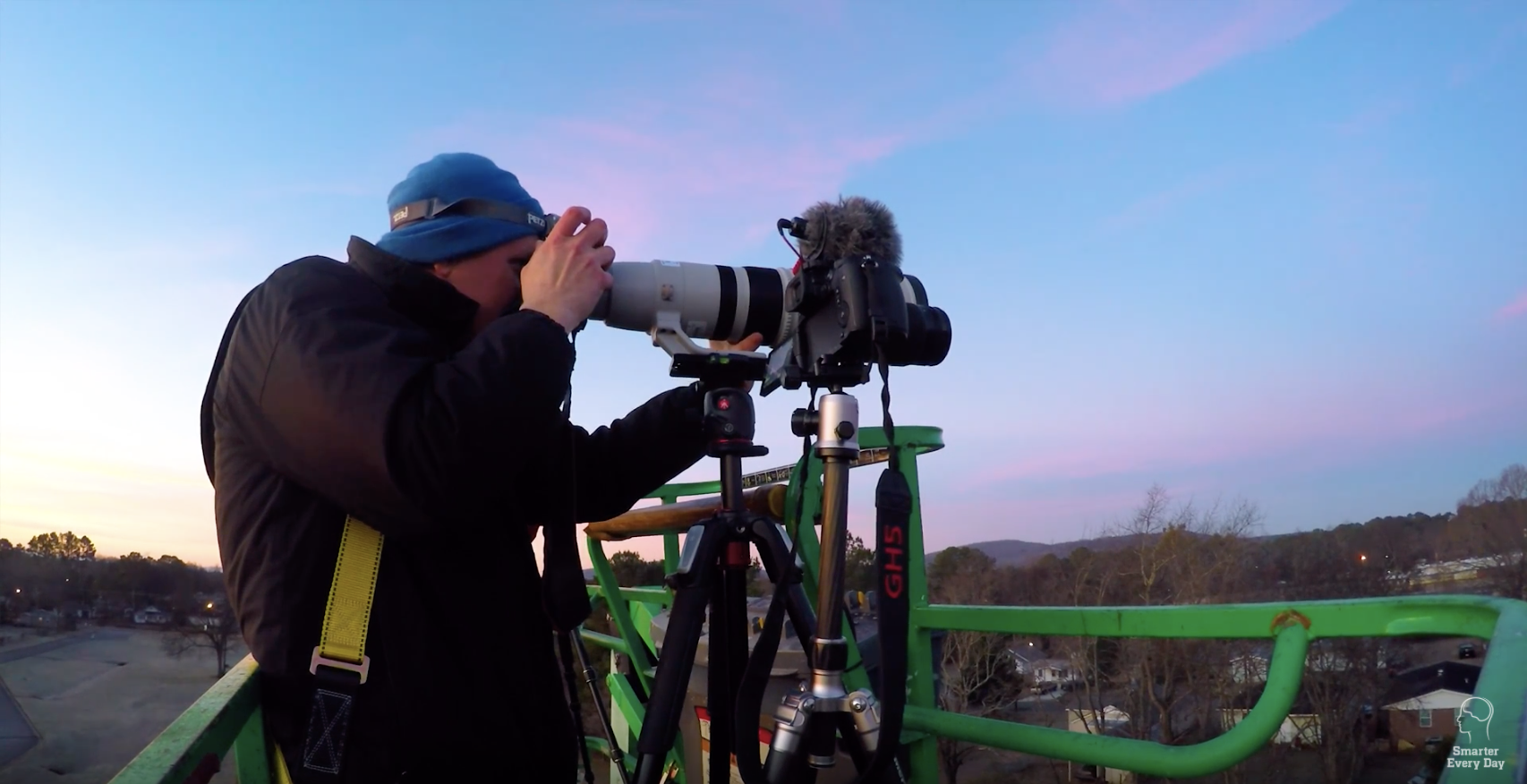 Destin Sandlin Asks The Internet: “Why Is There A Line In My Lunar Eclipse Photos?”

“I heard those words,” begins Destin Sandlin, the engineer and photographer behind the Smarter Every Day vlog, “and I was like: ‘mmhm, that’s my life now.'” 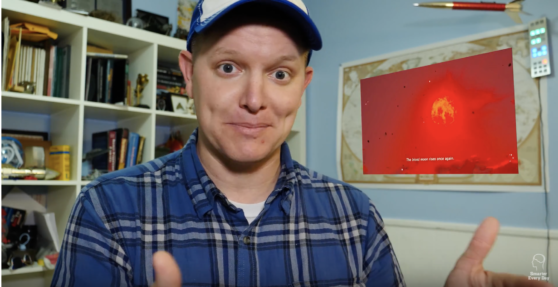 Destin, who resides in Alabama, heard that the so-called “super blue blood moon” would be visible from his hometown. For the uninitiated, this means he would be getting the second full moon of the month (“blue”), that would appear red (“blood”), and quite large (“super”). Needless to say, he was stoked. 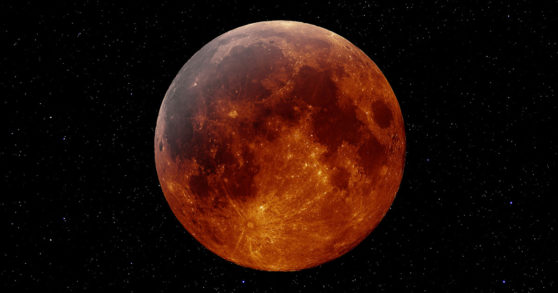 “I don’t know what I took a picture of”

However he wasn’t going to be content with simply capturing the image of that moon. No, he was going to capture that moon as it aligned with a nearby NASA rocket (I guess rural areas have those sitting around). As he explained his creative decision: “this goes to the moon, that is the moon, that’s a good photo.” Now that’s creativity, folks. 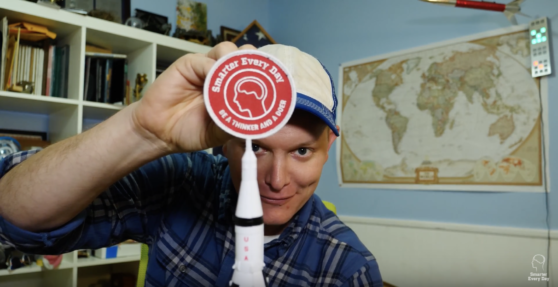 For the challenge, he enlisted the help of a mathematician, a large cherry picker, and a church parking lot. Specifically, his mathematician friend computed the angle necessary to capture the moon along with the rocket, which led them to conclude they would need to be stationed in a nearby church’s parking, sixty feet in the air (hence the cherry picker). 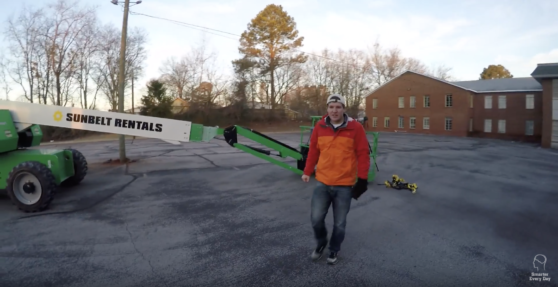 With the preparations complete, everything went according to plan and, as per Destin’s request, the rocket’s operators are kind enough to turn on its lights. So, he mounts the cherry picker, waits for the sun to hit the right height and BAM! snaps a bunch of pics of the SUPER BLUE BLOOD MOON in all its bloody glory. 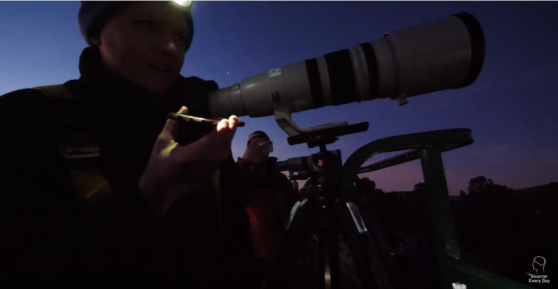 What is Destin’s reaction to all this? Joy? Amazement? Relief? Nope. Confusion. Major confusion. “I don’t know,” he says, “what I took a picture of.” Huh? 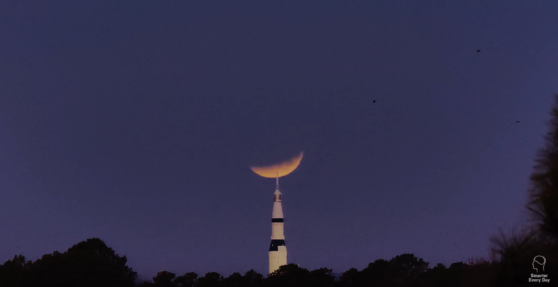 You see, even while taking the shot, Destin noticed something strange. There seemed to be a horizontal line extending from both sides of the top of the rocket (a piece called the “launch escape system”) covering over the moon. It wasn’t a fault in the sensor, he concluded, and it seemed to follow his lens, always staying perpendicular to the rocket’s tip. 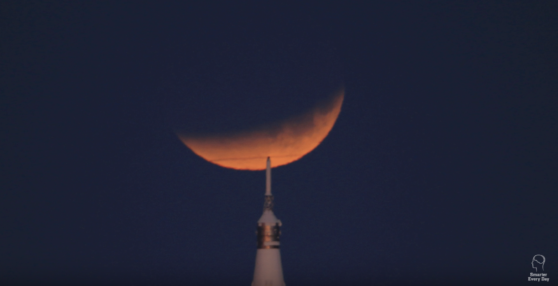 So naturally he did what any good vlogger does and asked the internet. He posted the images, along with the whole backstory, in a video (posted above) aptly entitled “WHAT IS THIS LINE?” As you can tell from the all-caps, this conundrum has really got Destin–who as an engineer is used to knowing how things work–in a tiff. 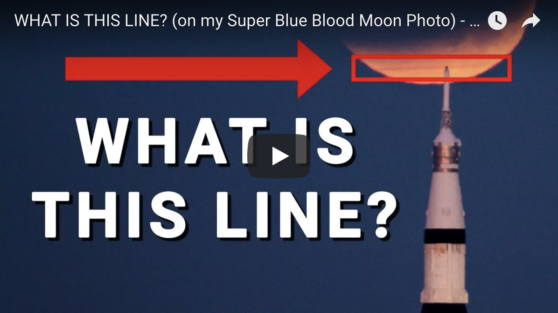 Thus far the community has yet to come to consensus. If you have any idea, please do let us know. Here, however, are some of the most plausible theories thus far suggested by Youtubers:

All jokes aside, somebody please help Destin out, he’s having a real hard time with this one. 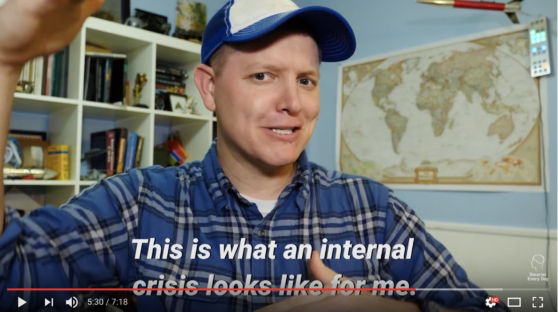