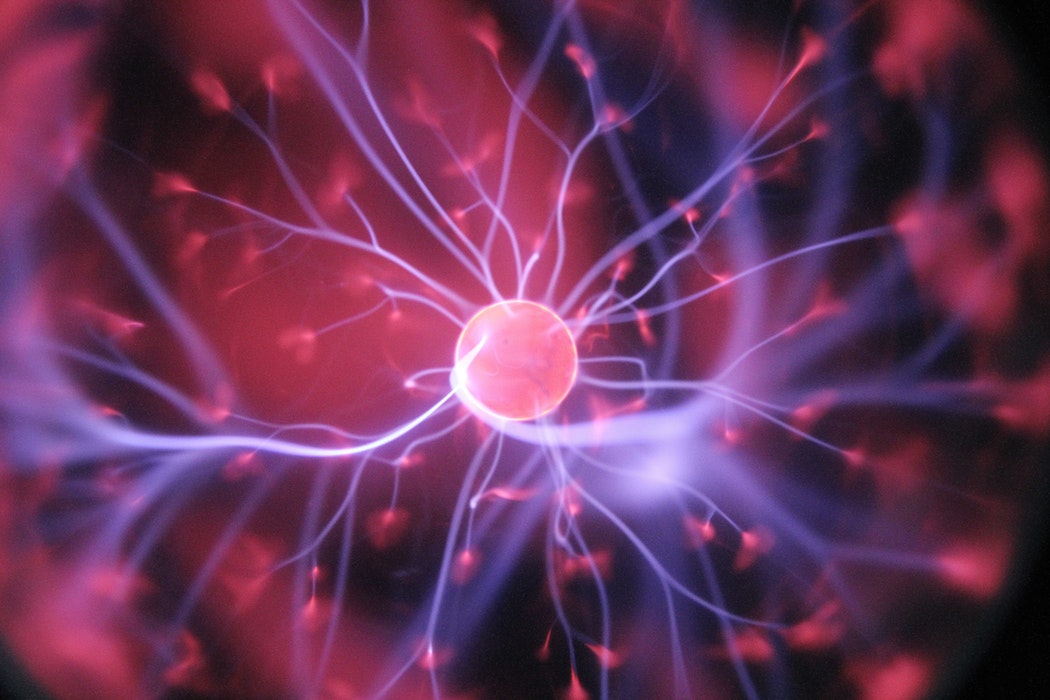 Photograph Of A Single Atom Taken With A DSLR

At first, this photo might not be the most impressive thing you’ve ever seen.  But look a little closer– there is a tiny dot floating in the darkness like a planet in space.  That little spec is the first ever photograph of an atom taken by University of Oxford graduate student David Nadlinger in a laboratory at Oxford.  The photo is titled “Single Atom in an Ion Trap.” 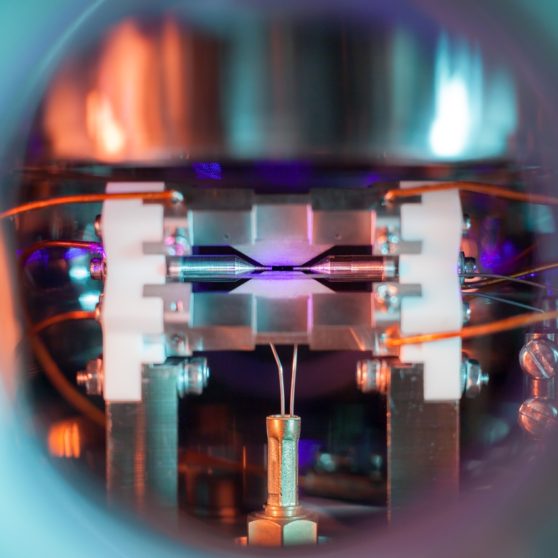 As you probably know, an atom is really freaking small.  Before this moment, it was impossible to see one with even the most powerful microscope, let alone with the naked eye.  Yet, this photo, taken with a DSLR, shows an atom.

In the past, there were images of atoms but they were seen through a quantum microscope or other advanced imaging devices and just seem to be some colorful splotches.  So they weren’t photographs in the common man’s sense.

So how did he do it?

There is probably a much more scientifically detailed answer than mine.  But to put it in it’s most simplistic terms.  He’s good.  Jk. The Oxford student trapped the atom in an ion trap and illuminated the atom with ultraviolet light, capturing the glowing atom with long exposure.  The atom is suspended between two electrodes, which, for scale, are two millimeters apart.  Yeah, that simple answer hurt my brain too. 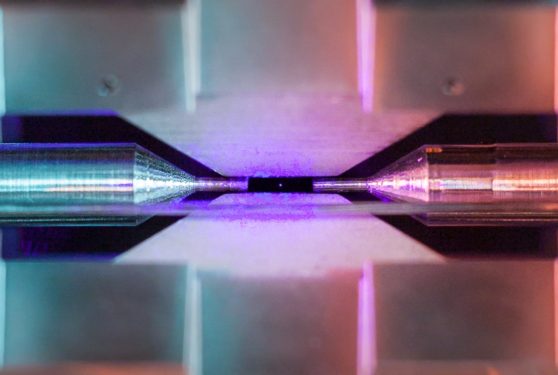 The craziest part is he was using a DSLR (The Canon 5D Mark ii).  Sure, he had some extension tubes (fitted between a lens and the camera body, this allows the lens to focus closer on an object by moving the lens further away from the camera’s body’s sensor which results in larger magnification) and two flash units, but besides that, nothing too crazy.  Obviously the apparatus and science behind are a little more complicated.

The photo, taken in August 2017, recently won a science photography competition held by The Engineering and Physical Sciences Research Council in the UK.  The EPSRC is the main funder of physical science research in the UK and the winner is awarded funding for their research.