This is why you should care.

The era of the drone began in 2015, and although it has been met with some criticism (mostly from people who don’t want you taking pictures of their backyards) the drone has given cinematographers the opportunity to experiment with aerial shots that totally change the perspective and tone of their work.

Even if you haven’t fallen into the fad yet, you know that the drone has been a huge game-changer in your field. As an artist and creator, this festival is a great way for you to keep up with these technological and creative advancements. 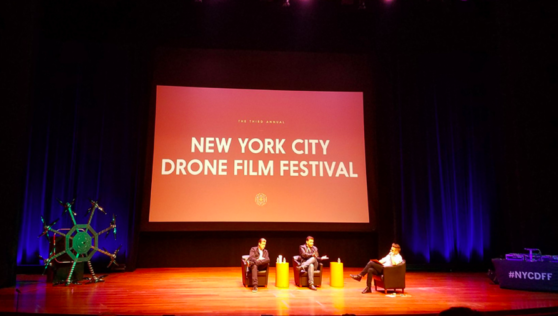 The New York City Drone Film Festival, or NYCDFF, has exhibited films for the past three years that have blown viewers away. The dynamic pieces that it has showcased have given their creators esteem and opportunity in their field.

You might think, sure, watching some cool films sounds great, but can’t I just do that from home? You can, I’ll admit it. But watching these films on your laptop isn’t the same as watching them in a theater with 800 other people. With the big screen, you’ll truly be able to appreciate the dynamics of aerial filmmaking.

If this isn’t enough to convince you, the event isn’t just a day of watching movies. For the first part of the day, visitors will be able to interact with professionals in panels that teach you more about the craft. One panel will teach you how to color-correct your drone footage, and another will teach you how to turn the hobby into a paying job. There will be information sessions on the new laws that will be affecting the drone community, and a discussion on how to advocate the field to communities who are still doubting it. 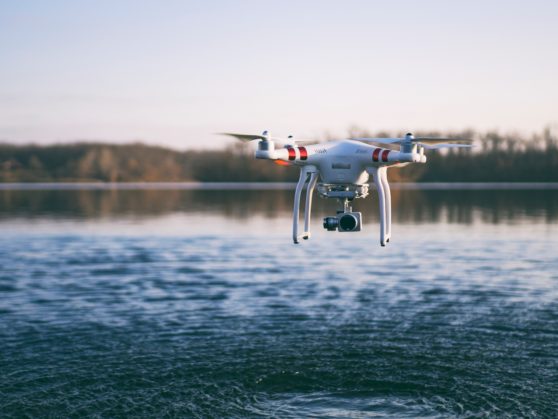 The event will be attended by several experts in the field, including producers and directors who are looking for drone operators for their films. But don’t be intimidated, the event won’t be filled with stuffy industry professionals who are just looking for the next ‘big thing’. The event is actually very family-friendly. Every year, it is attended by children of all ages who are interested in photography and filmmaking. In addition to STEM workshops, the event gives kids the opportunity to learn how to fly their own drone.

NYCDFF also hosts several drone-racing competitions, which—don’t worry—aren’t just restricted to the kids; people of all ages and levels of expertise can try their hand at drone-racing before they gather into the theater to watch the award-winning films.

If you can’t make it on the 3rd, don’t worry. The NYCDFF will be hosting the same event on March 4th, but across the Hudson River at the Liberty Science Center. For more information, you can watch the video here or visit their website.