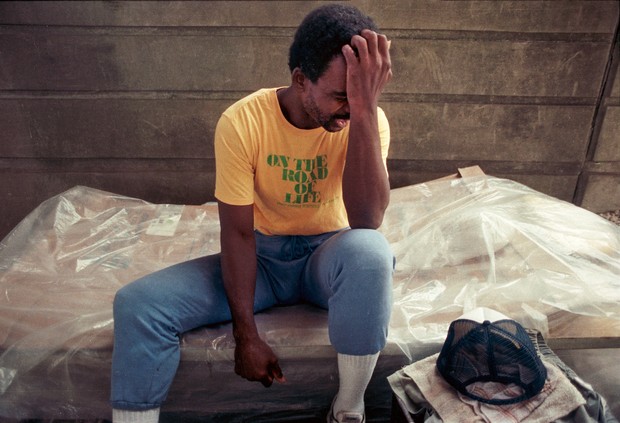 In 1990, photojournalist Ted Jackson went out searching for a story.  He found himself walking under an overpass in New Orleans, where it appeared as if a homeless camp had been built and then forgotten.  Here, he found one man laid out on a bed of cardboard, next to a pile of folded clean clothes, a pair of well-kept sneakers, and a jug of water.  He woke the man up, and the man introduced himself as Jackie Wallace, former NFL player.  There began a serendipitous friendship, a connection that would last twenty-seven years, despite the fact that Ted and Jackie saw each other only a few times during that period. 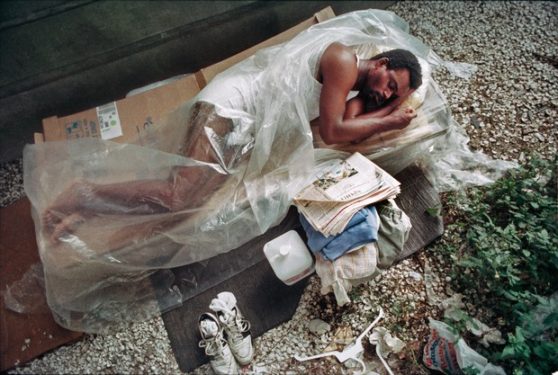 Ted’s photo and his partner’s article raised awareness of Jackie’s situation.  Alumni of his high-school helped Jackie to find a spot in rehab.  Three years later, he was married and living in a house in the suburbs of Maryland.

For years, Jackie Wallace would call Ted on Thanksgiving to say thank you.

“It only takes one slip,” he would say, “…and I’ll end up right back where you found me. That picture you took, in the fetal position … I’m being born again.”

Sometimes we don’t reflect on where we are or how we got there until an image gives us perspective.  Jackie saw his position clearly in Ted’s photograph.

In 2002, Jackie stopped calling.  Ted was worried that Jackie had ended up on the streets  again.  He spent his time looking among the faces in the homeless camps, hoping that he would find him.  In 2014, Ted spent time at a New Orleans homeless shelter for an unrelated story.  He asked around for Jackie, but found no clues for his whereabouts.

At this point, Ted’s relationship with Jackie had gone far beyond the camera.  He thought of Jackie as a friend, and was concerned for his well-being.  He didn’t just want to find him, he needed to.  Ted followed any inkling of a clue he came across to search for Jackie’s whereabouts.  He journeyed to various homeless shelters, asking men if any of them knew him.  Finally, Ted’s search lead him to an address in Harvey.  In 2017, Ted and Jackie were reunited.

After a misstep in 2002 that caused him to fall back into the drug scene, Jackie was three years sober when Ted found him in 2017.  Immediately, Jackie asked for a print of the photo Ted had taken years before.