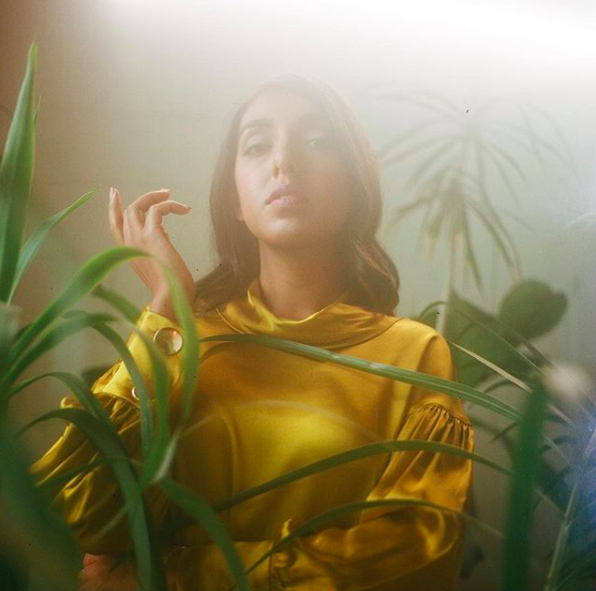 We’re Obsessed With These Influencers: 10 People Who Inspire Us to Do More

Today, social media has become one of the best resources for inspiration. Full of celebrities, activists and influencers galore, it’s a great place to turn to if you’re in a rut. However, with such a saturated market — today, Instagram has nearly 800 million active monthly users — it can be difficult to filter through and find who to follow. And if you’re looking for some new influencers to follow, who won’t only share their “OOTD” or favorite Beatles song quote, we’ve got you covered. After some research, we’ve discovered some of today’s most inspirational influencers who are disrupting the status quo, unafraid to voice their opinions and stand up for what they believe in.

From the country’s first African American leading ballet dancer Misty Copeland to the world-renowned feminist poet Rupi Kaur, here are 10 influencers who inspire us to do more.

Misty Copeland is the country’s first African American woman to be a leading dancer for one of America’s most prestigious ballet companies, the American Ballet theater. She’s written two autobiographical books about the challenges she’s faced during her career, been the subject of the documentary A Ballerina’s Tale and named one of Time’s 100 Most Influential People in the World. From television to Broadway, her successes are many, and she uses her fame as a tool to spread activism and be a role model — writing and speaking about her experiences with racism in the dance world, voicing her opinion on the Black Lives Matter movement and even sitting down with President Barack Obama to discuss racial inequality.

Barely three years ago, the name “James Charles” didn’t ring a bell to most people. Fast-forward three years and Charles is one of the most popular YouTube beauty bloggers, a highly sought-after makeup artist, the first male CoverGirl spokesperson and an Instagram influencer with over three million followers. Now, at only 18 years old, he continues to make strides in the fashion and beauty landscape, with his outgoing personality and fearlessness. If there’s one thing you can learn from him and his success, it’s authenticity.

With her own magical way with words, Canadian poet Rupi Kaur has leveraged social media to share her work with the world and make a name for herself in an industry that’s often labeled outdated and out-of-fashion. However, it’s not only the words that Kaur shares to her two-million-plus followers but the themes that go with them, such as love, abuse, lust, loss and feminism. Originally having self-published her book, Milk and Honey, in 2014, it wasn’t long before Kaur’s talent was spotted and she was picked up by a publishing company who helped make her a New York Times best-selling author by 2015. With her second book, The Sun and Her Flowers, released last year, Kaur has grown beyond that of simply a poet or published author and into a leading face of feminism worldwide, however particularly in her birth country of India. Unafraid to write, talk and share her opinions on subjects like patriarchy, abuse, oppression and other topics common in many parts of India and the developing world, Kaur now travels the globe to speak, inspire and open up conversations about particularly sensitive subjects.

Model, actress, activist and soon-to-be Harvard University freshman Yara Shahidi has become a powerful advocate for women, diversity and education today. With her original claim to fame as Zoey in the ongoing ABC series Black-ish when she was 14, Shahidi has since used her fame to raise awareness on important social issues. While she’s as much — if not more — a social advocate than an actress today, Shahidi is the creator of Yara’s Club, a program that brings high school students together to discuss and understand important social topics, and has also worked alongside Michelle Obama on her Let Girls Learn initiative. While she is the star in the spin-off series Grown-ish, released this year, Shahidi will be focusing her efforts on getting a college degree, having been accepted to Harvard for the fall.

Political staffer-turned-businessperson Audrey Gelman is most notably known for co-founding The Wing, an all-female co-working space and social club based in New York City. Before launching The Wing, Gelman was involved in politics, having left college two years in to join Hillary Clinton’s 2008 campaign as a junior staffer. After the campaign, Gelman finished school and continued her work in politics, local and national, eventually winding up on lists like Politico’s 2013 “50 Politicos to Watch,” Forbes’ 2014 “30 Under 30: Corporate Climbers” and Fast Company’s 2017 “Most Creative People in Business.” With her successful new company, she’s now used her business knowledge and political background to become a face and voice for women entrepreneurs providing them the resources and space to gather, work and socialize. On her social media, she shares how she’s changing the scope of business for women, meanwhile adding a strong voice in today’s feminist discussions.

At 12 years old, writer, editor and actress Tavi Gevinson caught the public’s eye with her fashion blog “Style Rookie.” And three years later, she shifted the blog’s focus from fashion to pop culture and feminism, launching the online magazine Rookie, which not only focuses on teenage girls, but is written by teenage girls too. Today, a 21-year-old Gevinson now has an Instagram following of half a million, which is not only thanks to her young success as a blogger but because the inspirational and eye-opening content she shares like her own writing excerpts on topics such as teenage angst, hardship, outrage and other feelings relative to the human condition. Gevinson is a role model to young women, raising awareness on important political topics and encouraging them to explore their own intellectual capacities. Recently a published book author, in addition to her editorial success, she’s also starred in a variety of movies, taken the stage at TED and become a political and social activist, organizing a country-wide get-well-soon-card drive for Malala Yousafzai in 2012 when Gevinson was only 16 years old.

While he’s often recognized as Vinny Chase from HBO’s hit series, Entourage, Adrian Grenier has worked long and hard to make a name for himself that goes beyond the television screen. Along with being an actor, producer, director and musician, Grenier is also a social activist, environmentalist and UN environment ambassador who leverages his fame to raise awareness for important social causes, like cleaning up the world’s oceans. With an Instagram following of nearly half a million, Grenier uses social media to spread important messages, like his #StopSucking campaign, which encourages people to quit using plastic straws. In addition to his philanthropic efforts, Grenier also brings to light important political issues, for example, he recently produced a documentary called Survivors Guide to Prison, which focuses on incarceration and prison reform in the U.S. He’s also used his fame to help launch the careers of others, like music group The Skins, which Grenier manages and promotes.

Primarily known for her YouTube lifestyle and beauty vlog, which she launched in 2008, actress, model and internet sensation Gigi Gorgeous has reached critical acclaim as an influencer and a strong voice on transgender issues around the world. After coming out as a transgender woman on a 2013 vlog post, Gigi shared her story with the world and even documented her experience transitioning, which later became a Barbara Kopple-directed Sundance documentary, This is Everything: Gigi Gorgeous. With much of her life and content revolving around beauty and fashion, she’s made a number of television appearances and features in fashion magazines, including the cover of Paper in 2015.

Photojournalist Michael Christopher Brown has spent most of his career traveling the world documenting the daily lives and events in countries like Libya, Egypt and the Democratic Republic of Congo, much of which was shot on his iPhone. While his work has been featured in Time, The New York Times and National Geographic, he’s most notably recognized for his work documenting the 2011 Libyan Civil War. During his time in Libya, Brown suffered many challenges including multiple life-threatening injuries, the loss of two of colleagues during and being kidnapped. Yet, Brown continued his work there, later releasing his book, Libyan Sugar and being the subject of HBO documentary “Witness: Libya.” Not only an inspiration as a highly-acclaimed photographer, but Brown and his work reveal the true meaning of commitment and passion. If there’s one thing you can learn from him, it’s never giving up.

From a refugee camp in Africa to the runways of New York Fashion Week, refugee-turned-supermodel Mari Malek’s story is nothing short of amazing — and what she’s achieving now is even more impressive. Originally from South Sudan, Malek moved to the states when the civil war became too dangerous. However living in a low-income housing complex in Newark, New Jersey proved no more safe than her home in South Sudan, so Malek moved to California where she located some family and had her first child. After being discovered for her beauty, Malek returned to New York and has since modeled for the likes of Lavin and Vogue and starred in music videos by Kanya and Lady Gaga. However, Malek is more than just a model and actress, in fact, she is also a popular nightclub DJ under the name “DJ Stiletto” and has her own nonprofit, Stand for Education, which discovers learning opportunities for children and women in South Sudan.