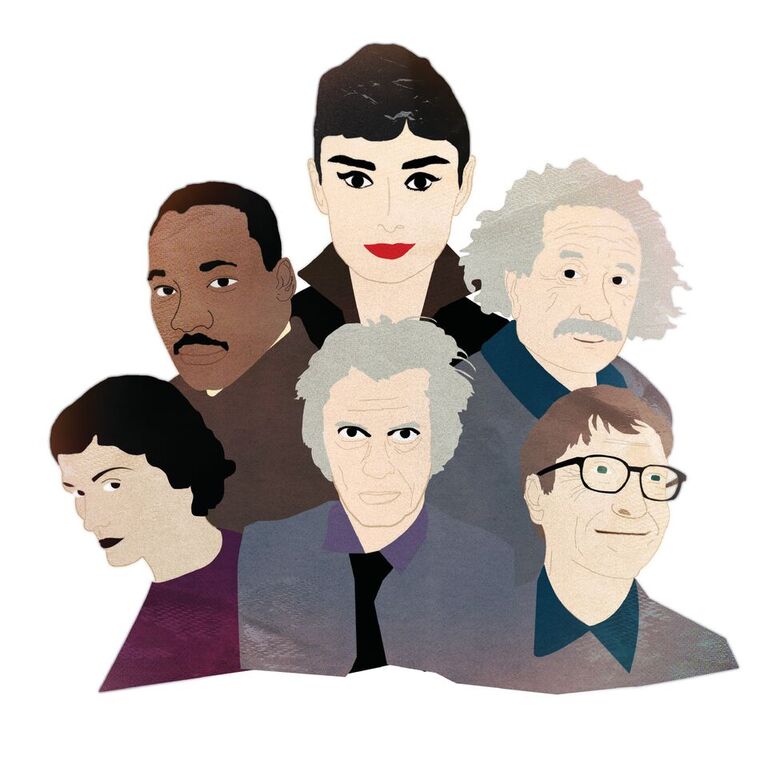 Once someone is sanctified as a legend, it can be hard to remember that they were once normal, hard working individuals like ourselves. In recognition of this sad fact, which deprives us of the hope that we, too, can become legends, we’ve compiled a list of various legends-to-be. These men and women, who straddle the line between highly proficient and legendary–each inching their way towards the latter–show us that legendary status is often far from preordained, resulting instead from decades of dedication and constant reinvention. So, keep your eyes on this group as they continue to evolve, and, don’t forget: we told you so. 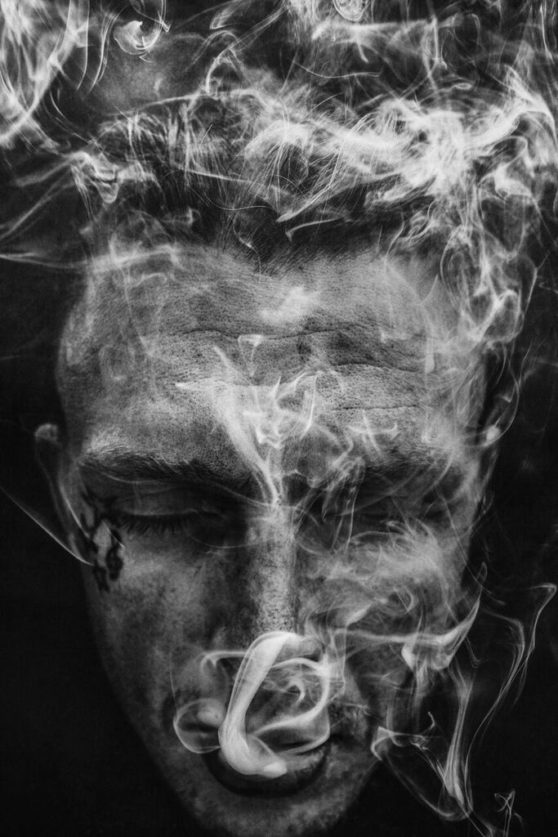 Mr. Jeffries’ work is unmistakable. Most famous for his spiritually-infused images of the homeless, he doesn’t even consider himself a photographer, but an accountant. With no formal training whatsoever, he has utilized his innate, one-of-a-kind eye, and an extreme sense of compassion to become synonymous with a style of portraiture that has already inspired numerous imitators and is sure to do so for years to come. By capturing disadvantaged citizens with an aura of dignity and transcendence rather than pity, he forces the viewer to engage with them not as “other,” but as fellow human. For this, he is a legend. 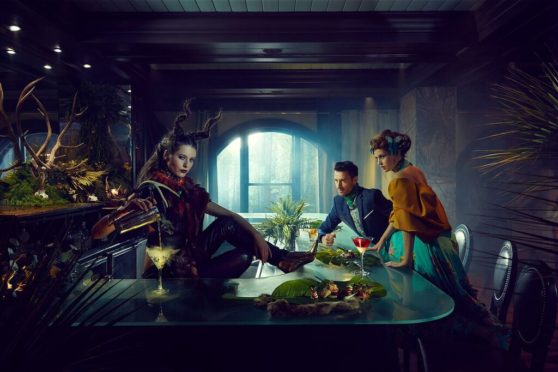 At 22, Erik Almas quit his job as a DJ and moved to the US to study photography; and so a legend was born. Notable for his surreal imagery blending CGI and multiple photographic shots, Erik has managed to dominate the world of advertising without losing his soul. Because his work is so distinct, he is typically approached by brands who want “the Erik Almas treatment,” transforming the world occupied by their product into a fantasyland where beauty, rather than gravity, seems to be the unifying force. Perhaps most impressively, he isn’t afraid to share the tricks of his trade, often detailing his process at length for interviewees. A living, soon-to-be legend, he understands that he need no longer fear competition and can instead begin cementing his legacy by passing it on, just as his own mentor, Jim Erickson, once did for him. 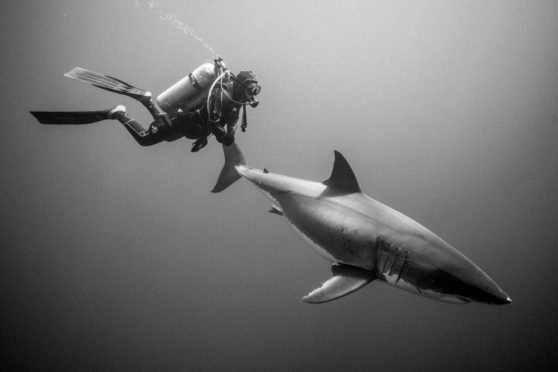 Michael Muller is the celebrity portrait guy. If you have a specific image in mind when you think about your favorite star, it’s probably one that he shot. His cell phone contact list itself would register as “legendary.” Yet he doesn’t stop there, spending his downtime—if you can call it that—photographing sharks while outside of a cage, as in they are swimming right next to him. By doing so, as well as allowing his daughter to do so, Mr. Muller hopes to peel back pernicious stereotypes about sharks and their nonexistent “thirst” for human blood. He also captures the best shark shots around, and credits his physical closeness to the animals for his ability to do so. Whether it’s working with the so-called “sharks” of the entertainment industry, or the eighteen-foot sharks gliding beneath the sea, Michael puts you right in the thick of it, transporting the viewer with a lens as only a legend can. 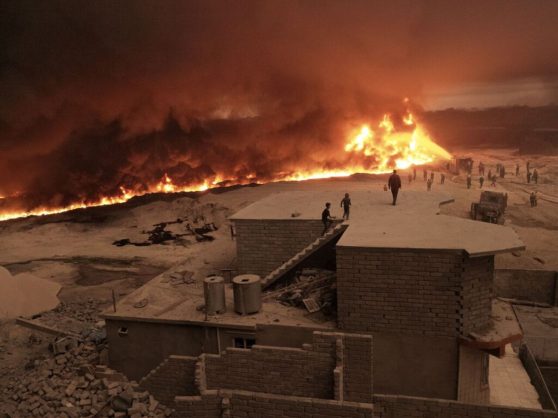 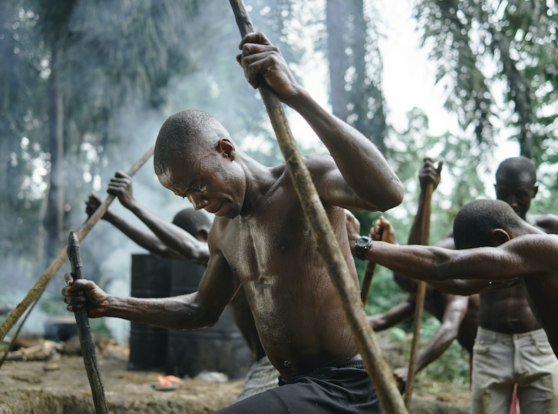 Legends can often be spotted early, and Joey L. is no exception. At the age of 18, he was hired to do the movie poster for Twilight, a gig he would continue until its finale. Since then, the Ontario native would move on to better and more serious—if not necessarily bigger—things.

While he has been head photographer for numerous successful ad shoots for Lavazza, The History Channel, and National Geographic, he is best known for his gallery and photojournalistic work, often blending the two. For three years, he travelled to Ethiopia, living amongst, and capturing, the tribes that reside there. Rather than fetishizing their “backwardness” in black-and-white, Joey used modern styling, a tactic unheard of at the time. His subsequent photos would gain the trust of the villagers and their chiefs, as well as the respect of art critics and historians across the world.

He has since continued to portray often-fetishized subjects in a new, more honest light, including Kurdistan rebels and, as part of a yearly work, Brooklyn Halloween-goers. Joey is just getting started, so we’re excited to see how he continues to cement his legendary legacy. 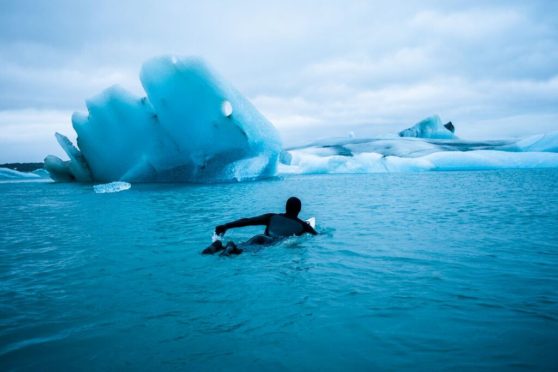 When Chris decided to become a surf photographer, he wasn’t even sure that was a real profession. If it wasn’t at the time, it is now. Ever-restless, Chris can be found filming in all corners of the world, surfing all the while. His most recent project, a 40-minute film entitled Under the Arctic Sky, features him and his friends chasing the perfect wave in Iceland. Forever introducing us to new places and people, while reminding us of the importance of old friends and a place to call home, Burkard is legendary because he serves as an inspiration to so many; not just those in his craft, but every member of his species. 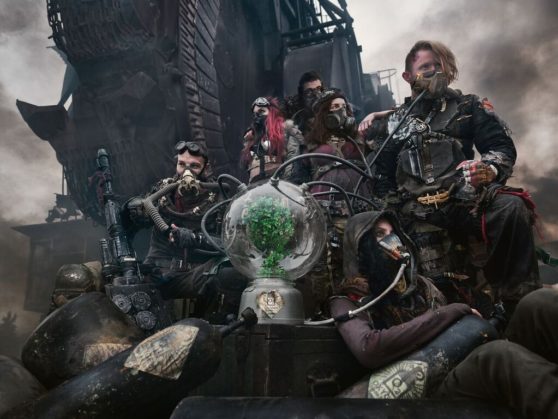 Known simply as Von Wong, this photographer is legendary for his problem-solving. Whether it’s making average people walk on air, or mermaids wash ashore amidst plastic rubbage, Von Wong is always using his engineering background to figure out how to get the shot which makes it all look real. He has even invented his own brand of photography, “epic photography,” which he can be found lecturing about in a TED talk. By creating unreal images intended to become viral, he hopes to spark conversation, whatever that may be. Currently he’s hoping to join the discussion on conservation and social impact projects. Whatever he comes up with, it’s sure to be legendary. 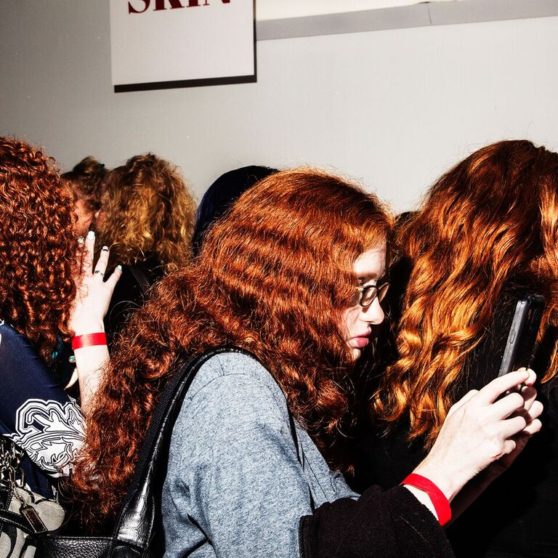 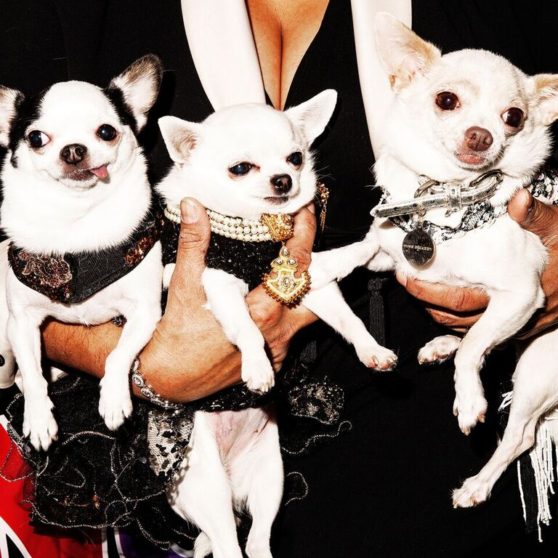 On a scale from “legend” to “legend-to-be,” Ms. Lombard weighs somewhat heavier on the latter. Unlike most of the other names on our list, she doesn’t even have her own Wikipedia page. To be sure, this only means we have that much more to look forward to as her career unfolds. A graduate of F.I.T. as recently as 2012, she’s already landed gigs with the NYT, The New Yorker, Refinery29, and every other publication (‘sides Resource) read by those in the know. Bright and spunky, her shots are must-haves in the digital age where attention is hard to come by and even harder to keep. 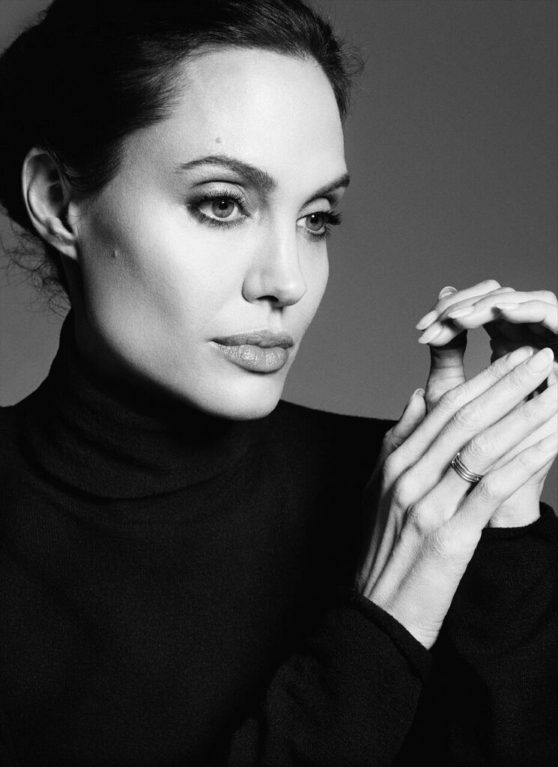 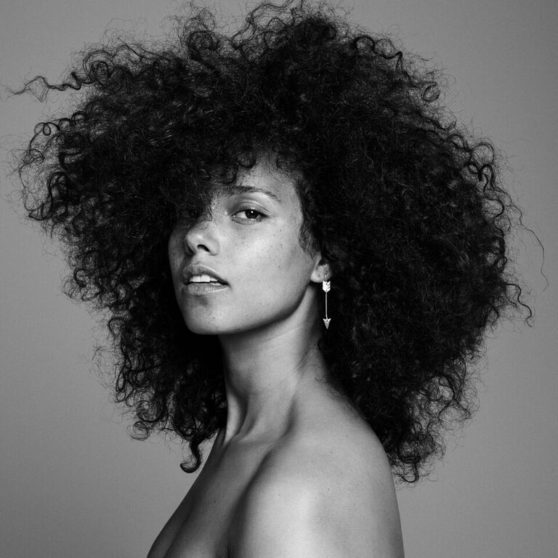 No matter how terrible you look in real life, Ms. Kudacki—with the help of a camera and some styling—can make you look sexy. If, like most of her clients (Beyonce, Jake Gyllenhaal, Salma Hayek, Viggo Mortensen) you’re already sexy, well….wow. This Argentinian-born artist has been crafting images, whether through paint, drawing, or ballet, since a young age, and it shows in the precision of her craft. Known for stills which evoke lust and ferocious desire, she’s recently pivoted into the moving image, paving the way for other photographers hoping to make the jump. Her ability to burn images into viewer’s brain, all the while stoking the real-life fire within her subject’s eye, is the reason Ms. Kudacki is soon to be a legend. 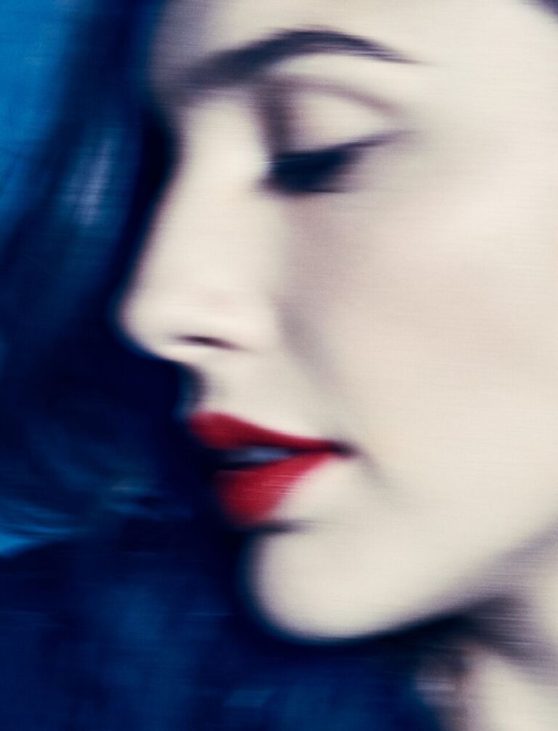 Whether he’s shooting A-list actors or Billboard-topping musicians, Miller Mobley is always surrounded by the cultural elite. And it’s easy to see why: he makes them look good. With his signature blurred style, and a knack for capturing people in their coolest, most off-the-cuff moments, Mr. Mobley is seemingly able to make even cliches seem profound. No surprise here, but apparently the ease and assurance he’s able to portray in his subjects can be found in their photographer as well. Being “easy to work with,” his bio states, “is central to his code of ethics.” Under his watchful eye, celebs are forever in their prime. For that, he’s a legend. 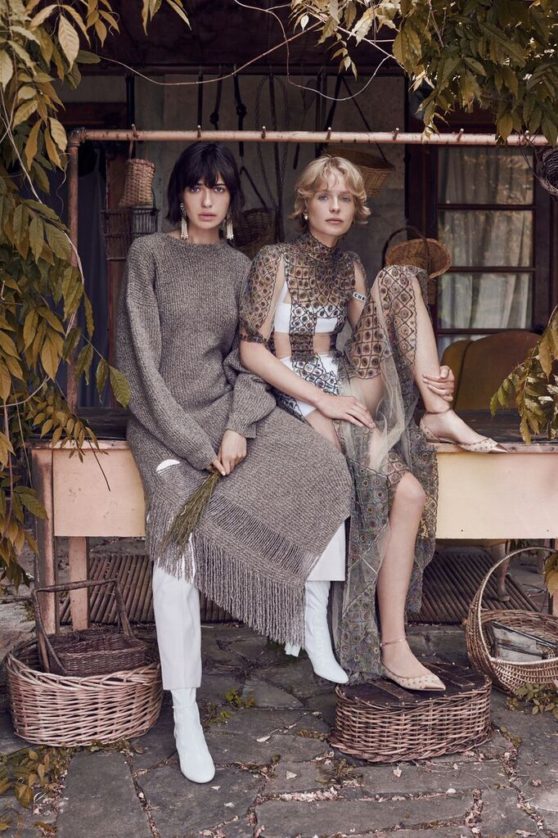 If you couldn’t already guess from the utmost classiness of her shots, Lara Jade grew up in Staffordshire, England. After a brief stint in London, she has made her home in New York, where she frequently shoots for Harper’s Bazaar and other publications looking for refined elegance. In a time of constant newness and disruption, Ms. Jade’s work is a reminder that some things are timeless for a reason—they simply work. Just like her cinematic inspirations, her work is sure to be passed down through the ages, as is only fit for a legend. 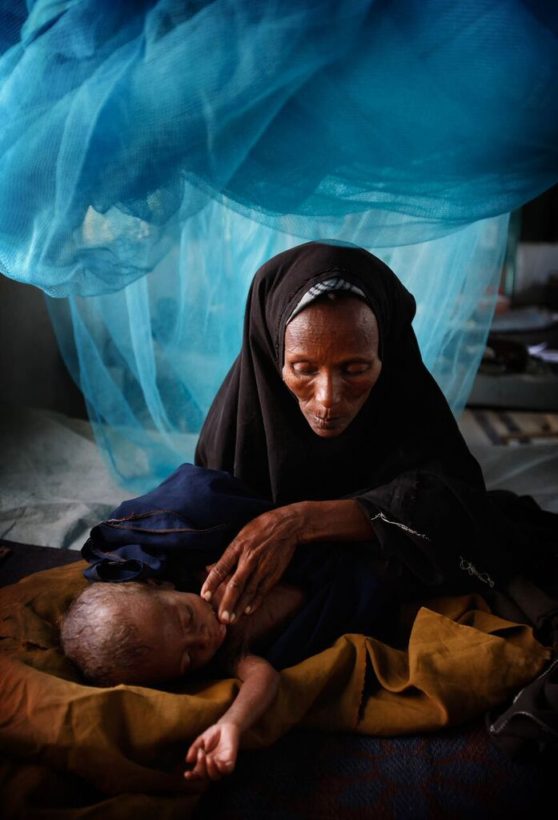 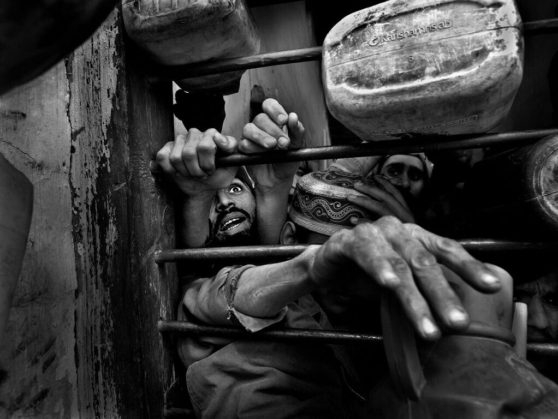 Of all the accolades received by the soon-to-be legends on this list, Barbara Davidson is the only one to take home a Pulitzer, thrice. Most recently awarded for her covering of gang violence in Los Angeles, it could have just as deservedly been given for any of her work. Unafraid to enter danger or witness the gruesome after-effects of violence, her photos have been invaluable in bringing to light conditions of some of the most disadvantaged and at risk, both domestically and outside the US. As long as injustice survives, we can only hope we have Ms. Davidson or her numerous acolytes to document it.