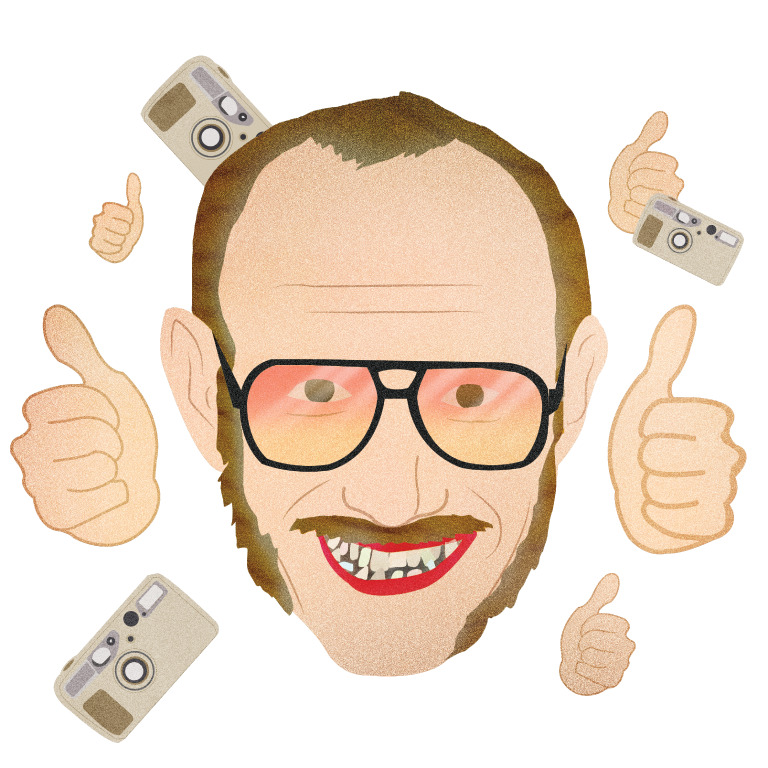 Can The Making of a Legend Come to a Spontaneous End?: Why The Only Surprising Part of The Terry Richardson Story Is Fashion’s Feigned Surprise

Terry Richardson is a very famous photographer; he also used to be a very busy one. His credentials include covers for magazines such as GQ, Vogue and Harper’s Bazaar, campaigns for Gucci, Sisley, and Target, as well as work with the likes of Beyonce, Miley Cyrus, and President Obama.

However on October 24th of last year, he was axed by media behemoth Conde Nast, their executive Vice President emailing staff the blunt message that they “would like to no longer work with the photographer Terry Richardson.” Any such work currently in progress, it continued, was to be “killed or substituted with other material.” After decades spent garnering a reputation as a “professional debauchee” and a “proud pervert,” his lowbrow activities—formerly safeguarded by the velvet ropes and walls of the fashion industry—have come home to roost, his infamy cemented among the likes of Harvey Weinstein, Louis C.K., and Matt Lauer.

For those of you unfamiliar with the allegations against him, they are numerous. Most, however, resemble the case of Gabriela Johannson, who was pressured by Mr. Richardson to “pose naked under the premise of getting a modelling job.” Some are far worse. Anna del Gaizo, a stylist in New York, recalls meeting Terry at a party where he was offering portraits. After being invited back to his studio—Terry declaring she was his “muse”—she sat for further photos, only to be surprised when he “shoved his hardening dick into my face.”

Even still, removing Mr. Richardson from his position of power did not come easy. In 2010, he was confronted at a well-attended fashion event in Paris by model Ria Rasmussen, who told him amidst a crowd of onlookers that “what you do is completely degrading to women.” Despite its documentation, the result of this encounter would be merely a call to Rasmussen the next day from Terry’s agent, relaying to her a complaint he received from his client regarding her “name calling.”

Contrary to Ms. Rasmussen, Terry himself views his legacy much differently, pleading instead that he is a “target of revisionist history”: “I give everyone that I work with enough respect,” he wrote in response to his firing, “to view them as having ownership of their free will and making their decisions accordingly.” His wife and former intern Alexandra Bolotow feels similarly, telling New York Magazine of Terry’s accusers that “trying to put the onus onto someone else for your own decisions is really cowardly and kind of dishonest.”

As many have rightly noted, the version of consent the pair paints is deeply problematic. When the most powerful fashion photographer in the world asks a young model to perform an act on set—whether it be stripping naked or giving “Uncle Terry” a violent handjob—her decision is far from free of compulsion. This is because Mr. Richardson, for all his anti-establishment creed, had been anointed gatekeeper of the establishment. If a model was unwilling to accede to his every demand, another one would, and she would be the one on the cover, receiving future work in fashion. When Terry gives the career advice that “it’s not who you know, it’s who you blow,” it’s because it’s true. What he leaves out, of course, is that it is only true because he made it so.

Having been given great power and status, Terry turned around and used his position to, in his own words, “dominate girls.” Mrs. Bolotow herself meanwhile speaks in bad faith. She joined Terry in 2004, not under the pretense of an aspiring model looking to make a career, but as a “rich girl who wanted some culture,” in the words of a friend Gavin McInnes, and as a self-described “pervert.” The power Terry had over her was not financial, but cultural, a much easier benefit to forego. “Though money can’t buy happiness,” in the words of Cal Scruby, “I’d rather cry in that Lamborghini.”

The biggest culprit in this mess however is not Terry, nor Alexandra, nor Terry’s much-maligned assistant. While their actions are reprehensible, they would have been impossible without the authority Mr. Richardson was given by the fashion community. And they, the leaders of the industry, should have known better. Even a quick peek into Terry’s past—a schizophrenic father who left his mother for a 17-year-old Anjelica Huston and told Terry upon his decision to embark on a solo career “fuck you”, a mother reduced to diapers by a car accident and a subsequent childhood spent smoking pot every day from 10-years-old on, a Vibe magazine spread which put him on the map showcasing the grimy lifestyle of NYC teens on a night out and Terry’s ability to inhabit that realm, and a shoot with Sisley in 2001 featuring a woman squeezing a cow’s teat, milk suggestively dripping down her mouth—would have revealed Terry’s position as a permanent social outcast, let alone sexual deviant. Take someone with that background, and who has exemplified such raunchy antics, give them millions of dollars and ultimate authority on a photo set, and the fact that “this monster has brought…so much unhappiness,” shouldn’t be surprising to anyone.

This is what is so disappointing about the fashion industry’s reaction to his downfall, exemplified by Prabal Gurung’s statement that “I have heard the stories…but never spoke up….Why, when so many of us know the same horrific truth, does it take us so long to get here?” It is not only the much-too-soon declaration that we have “gotten here,” that irks me, but the ultimate lack of responsibility taken by those with power, such as Mr. Gurung, for having put Terry, knowing all they did about him, in a position in which his wish would be another’s command.

Neglecting all past experiences of the man, these leaders act as if it took stories from models and others to bring to their attention the fact that Mr. Richardson was unfit for his job and all the power that comes with it. As if his behavior on their sets was so far from left field that they had to hear it, numerous times and by numerous named sources, to believe that this man could possibly be the same one whose images they fell in love with and promoted to stardom. This is simply untrue. I admit that people can change, and one’s past need not define one’s future, but that doesn’t mean that one’s past can be ignored when being given the reins to an industry which affects the lives and livelihoods of thousands of aspiring young models who from then on would have to fit into his style as the vanguard of the craft.

In the midst of this reckoning it is not only Terry, but fashion as a whole, that has been caught red-handed. Rather than own up to their mistaken priorities—and failure to responsibly protect their youngest and most vulnerable workers from the perverted demands of one star photographer—they instead seek the same effect that Mr. Richardson himself did in his work, as described by New York Magazine: the “illusion”—and that is ultimately all it is—”of spontaneity.”