Forty-six years after her death, Diane Arbus finally has a NYTimes obituary. The photographer had committed suicide on July 26, 1971 through a mixture of barbiturates and self-harm. Despite her notoriety, her death wasn’t covered by the prestigious paper until now, a fact they are just as shocked about as we are. As Amy Padnani of the Times told Amy Goodman in an interview: “she had a lot of fame in her own lifetime, so we were surprised when there was no obituary about her death.”

The obituary is part of the “Overlooked” series undertaken by the paper to right past wrongs involving the passing over of women’s deaths, even notable ones. Since 1851, they say, their obituary section has been “dominated by white men.” But now, they avow “we’re adding the stories of 15 remarkable women,” Ms. Arbus being one of them. Other entries include Ida B. Wells, Sylvia Plath, Marsha Johnson and Henrietta Lacks, among others. 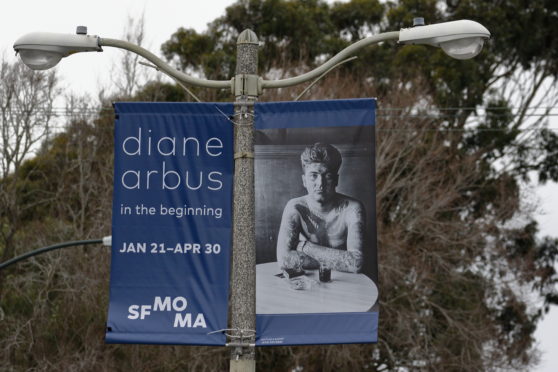 Others, however, are less sympathetic to her focus on the abnormal, seeing an “underlying coldness” as the Times writes, towards her subjects. They include the example of Eddie Carmel, a giant whom she photographed alongside his parents and who didn’t “care for” the resulting image because he found it didn’t reflect who he was but only how he appeared. Cherishing a lifelong dream of standup comedy, Carmel had aspirations outside of exploiting his enormous frame, the aspect of him that comes across most clearly in her work. Susan Sontag, for example, describes the picture as “parent[s] look[ing] like midgets, as freakish as their enormous son hunched over them.”

Ultimately the piece strikes a tragic tone as Arbus, despite immense success, “barely cobbl[ed] together a living.” Much like her omission from the Times, it seemed even success couldn’t raise the stature of this talented, daring woman. 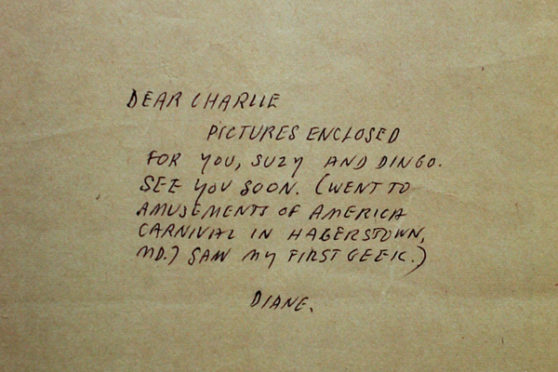 A letter from Diane. Image Courtesy Christopher Paquette at Flickr.

It also sheds some light on her backstory. Her parents, David and Gertrude Nemerov, owned an upscale Fifth Avenue department store, and hired Arbus and her husband, Allan, to do their fashion photography, the first client for the newlyweds-turned-business partners. After giving birth to two daughters, Doon and Amy, she stepped back from the business to pursue editorial and artistic work. This start in fashion, the Times writes, “honed her ability to produce instantly captivating, straightforward images,” a skill she would take from the runway to the run-down.

As her fame has grown, opinions about her work have multiplied. Their typical duality—part “empathy”, part “exploitation”—says the author, need not be taken separately. Much like the way Arbus described the nature of a photograph, he seems to suggest, she remains a “secret about a secret.”