In the wake of Facebook’s Cambridge Analytica revelations, data privacy has suddenly become a great concern for the populace. Where once we may have poo-poo’d warnings that “we are the product,” we’re now worried about every piece of info we put out into the web and what happens to it. Some have gone so far as to delete their Facebook altogether.

However, Facebook is only the tip of the iceberg. Of much greater concern, perhaps, should be the portal (whether through its web browser, Chrome, or its search function) that most of us use to get there: Google.

With that in mind, the ongoing work of Dylan Curran becomes all that more important. The web developed (and Patreon member) recently begun listing information that Google had stored on him and posting it on Twitter. He prefaced it all with: “Want to freak yourself out?”

Want to freak yourself out? I'm gonna show just how much of your information the likes of Facebook and Google store about you without you even realising it

Here’s a look at some of his findings:

1. Where you are, where you’ve been going, and how long it took you to get there. Google stores your location “every time you turn on your phone…from the first day you started using Google.” 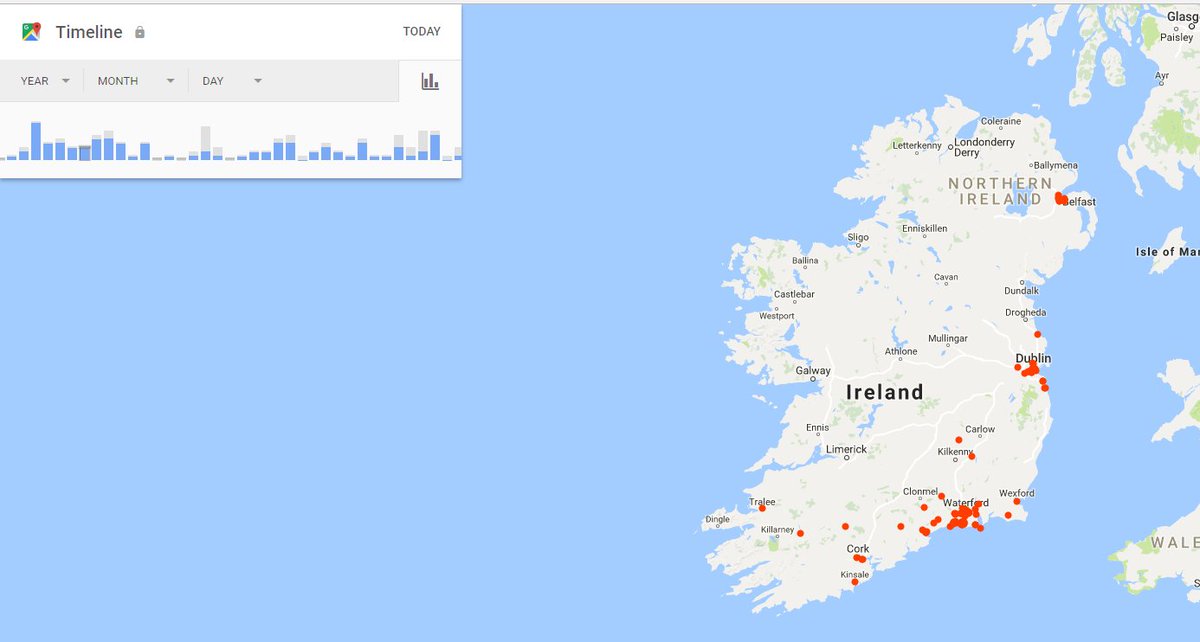 A map of Mr. Curran’s travels in Ireland.

2. Everything you search on any devices. Your search history across multiple devices is stored on a separate database, meaning in order to delete data from one device, you must delete everything from all devices.

3. Your apps are not safe. Information gets stored about “every app and extension” including how often you use them, where you do so, and who you use them to interact with. If you’re using an app to regulate your sleep schedule, for example, they know “what time you go to sleep at.”

4. There’s a lot of data. Mr. Curran downloaded his own data from Google and it was 5.5GB, or approximately three million Word documents.

5. All the stuff you use Google for. Turns out its “free services” weren’t so free after all; Google stores information on your “Google hangout” sessions, the Google books you’ve read, the pages you’ve shared, the files you’ve saved on Drive, and the Youtube videos you’ve watched. 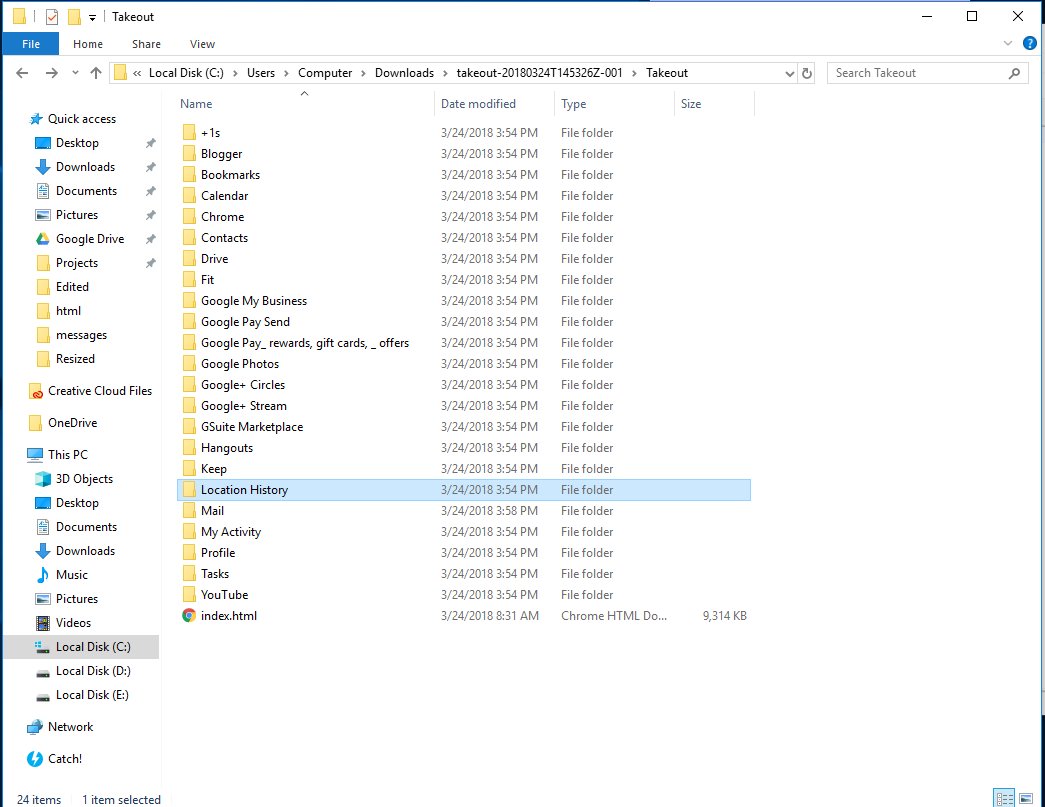 Curran’s “Google Takeout” document with a list of all the programs through which they receive and store data.

6. Your schedule. Not only does Google store your calendar info, but also all the events you’ve ever planned, as well as information on whether or not you actually ended up attending, and what time you arrived.

7. Delete doesn’t mean delete. Curran shows a list of files that he says he “EXPLICITLY” deleted, including the PGP private key he used to encrypt emails.

8. Your health. Google Fit, when its privacy permissions aren’t revoked, records all the steps you’ve taken as well as any time you’ve recorded yourself as having meditated, worked out, or done yoga.

9. Photos. Google photos records every picture taken with your phone, broken down by year, and with all accompanying metadata including time and location. 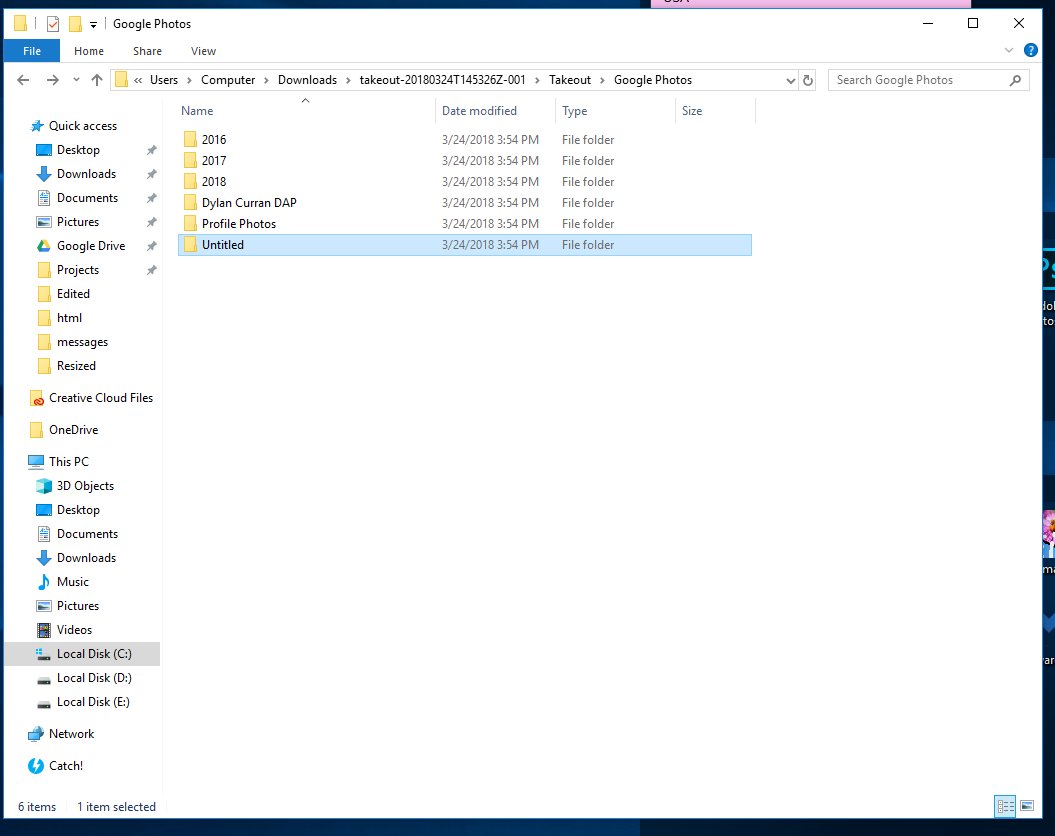 10. Emails. Google stores every email you have ever sent or has been sent you, including those that have been deleted or marker as “spam.”

11. Pretty much everything you do on the internet. In Dylan’s Google Activity drive is thousands of files including:

In a concluding tweet, Mr. Curran makes clear the danger he sees in all this: “Manage to gain access to someone’s Google account?” he hypothesizes, “Perfect, you have a chronological diary of everything that person has done for the last ten years.”