“There is way too much weight being placed on photography contests,” wrote James K. Colton, many-time winner of photography contests, in a post on PetaPixel in February. Without commenting on his opinion—while advising it would probably be wise to heed it, given his standing in the photo world—I’d like to offer you a respite from competition season. Rather than vying for the winnings or award trinkets that these events offer, why not submit your work for….the good of humanity?

Yes, that is right. For a limited time only (i.e. this Spring) two renowned, prestigious institutes of learning—NASA and Wikipedia—are asking for you to submit images. Here’s why.

Wikimedia is the photo “repository” behind Wikipedia. In an effort to get hold of inventive images, they hold a monthly “Photo Challenge” open to all Commons users. These are focused around either a concrete subject, an abstract idea, or a particular style. Previous challenges, for example, have included: “Red and White,” “Windows,” and “100 Years Later.” In addition to strengthening their own image database, Wikimedia also hopes to “encourage participants to try new subjects….and to develop skills.” Submission for “Spring,” by user Tulumnes

A full list of rules and regulations can be found here, but the gist is that, after submitting your work, preexisting Commons members can vote for the next month on their favorite. After that time, awards are given for first, second, and third place. In addition to “add[ing]…to the sum of all knowledge,” your image will be displayed on the Photo Challenge Wikipedia page and can use the template {{Photo challenge winner}} in its file description.

This month’s competitions are threefold: “Tunnels and underpasses,” “Spring,” and “Portraits of Influential Women.”

“Do you like photography? Do you have an interest in science?” So begins NASA’s announcement on meero, and I’m already sold.

The astute observer is probably wondering why, given NASA’s level of technical expertise, they would ever need images taken from your typical photographer. Not to mention one who resides within Earth’s gravitational pull. The twist is that NASA will be using your images from down here qualitatively to better understand the data they’re collecting up there.

For more than 30 years, NASA has been pursuing a project called Clouds and the Earth’s Radiant Energy System (CERES), aiming to “better understand what roles clouds play in global climate change.” And while this is done by collecting data from bodies of water as seen from space through satellite photography, they’re also looking for a “second point of view” from beneath the clouds. 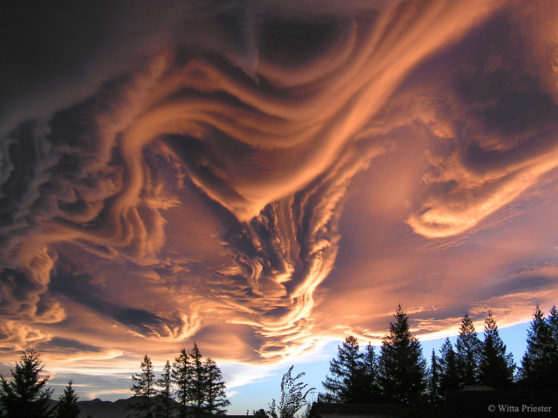 One submission, by Witta Priester

The organization is officially asking for a “maximum amount of cloud photos between March 15 and April 15,” a time in which they say “‘the change of seasons could lead to pretty fascinating cloud activity in the sky.'” To submit images, simply download the GLOBE Observer app.

Like Wikipedia, there’s no prize money for this one. Even more, there isn’t even a ranking system: it’s all in the name of science.

So cure your mid-competition season blues and submit to these intellectual heavyweights, knowing full well that win, lose or draw, you’ve helped inch mankind towards a brighter future.