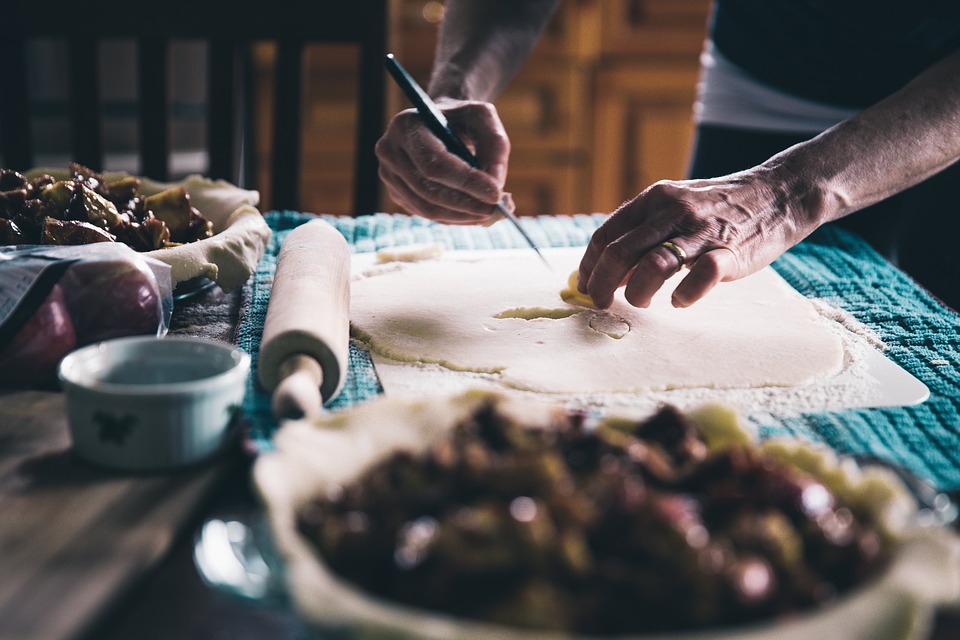 The ever-growing need to create something new and intriguing in order to grab the public’s dwindling attention spans has resulted in Pie Art, the process of taking photos of perfectly made pies.

Mother of swirl. ??| Plumthing’s gotta give…away some prize packs! Holy moly, a huge, pienormous thank you to everyone who entered the @lokokitchen starter pack sweetstakes! I love all the excitement around pie making. ?Be sure to check my stories tomorrow to see if you are one of the randomly chosen winnerz! ?

Whether it be intricate geometric designs, colorful displays of fruit, or thoughtful variations on standard pies, there is no doubt that there is something very satisfying and appealing about the photos. And no doubt a lot of work goes into every aspects of the process. Not only in the pies themselves, but in the composition of the photos as well.

It’s so warm in NYC that it’s making me miss this 4th of July Strawberry Rhubarb Pie that I baked in my @traegergrills. Come to think of it, it’s been ages since I’ve used the Traeger. I leave for Austin tomorrow (my first time to Texas!) but when I get back, I’m making a date to slow cook something tasty. Any special requests? #jkimpies #traegergrills @traegerculinary #madeinstaub #cheesebutterlove #mywilliamssonoma #feedfeed

But of course, because this is the internet, pie art can’t just be all fun and games. The problem? Most of the photographs are taken before the pie is actually baked.

Lauren Ko, a pie art instagrammer from Seattle, when asked about hate mail, told Vice: “Yes, of course. Because it’s the internet, and because everyone has to pick up on something negative. I do have trolls. I have seen some comments on Reddit about how I’m a fraud. People get upset that I don’t always show the post-bake, which means that whatever I made must’ve been a disaster and that my pies are obviously disgusting.”

And I guess they are right, because after all, it is food. But then again, if it’s an Instagram picture then you aren’t ever going to eat it anyway, so what the hell does it matter?

That being said, there are some pie ‘grammers who do post before and after pictures. But you’ll see that some of the pies do tend to look more like, well food, as opposed to just art, after they are baked.