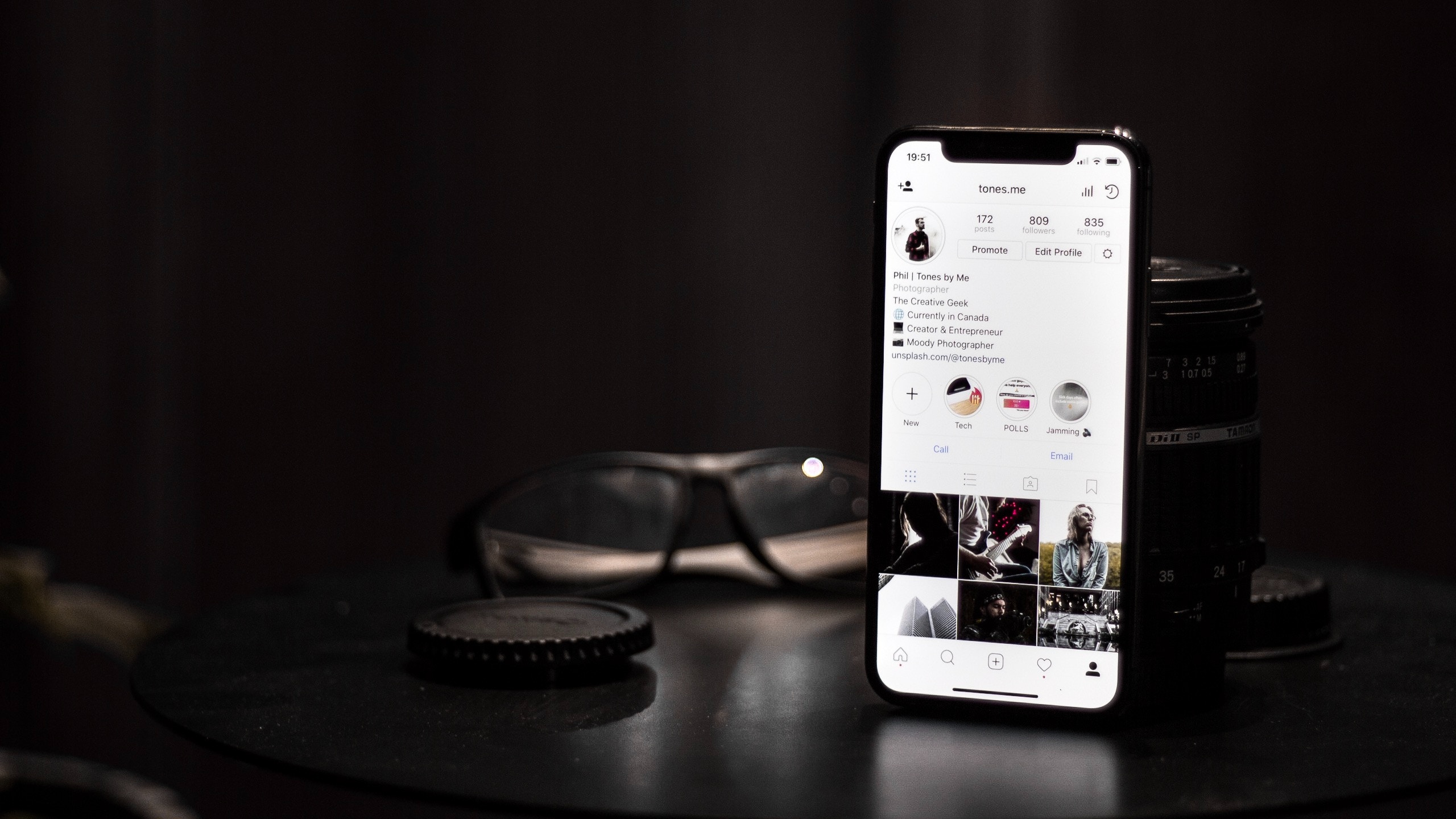 Ever since Instagram forced all users onto the much debated ‘algorithm feed,’ the backlash has been intense. In the early days, people liked Instagram because it wasn’t Facebook. They could follow who they wanted and see their posts in real time. But since Facebook’s acquisition of Instagram, the business model has changed, and many feel it isn’t for the better. Recently, Instagram even started placing posts of people you didn’t follow into your stream. But with all of the changes that Instagram has gone through, few have been as frowned upon as the algorithm feed, which was launched in June 2016 as a way to show users ‘the moments we believe you will care about the most,’ according to Instagram.

While Instagram claims the new algorithm feed resulted in higher engagements, they did not leave an option in the settings to let users keep the old chronological feed, which did not go over well.

Fast forward almost two years and people are still forced to use the algorithm stream, and they are still not happy about it. But we found a sign that Instagram may be testing out bringing back the chronological feed. 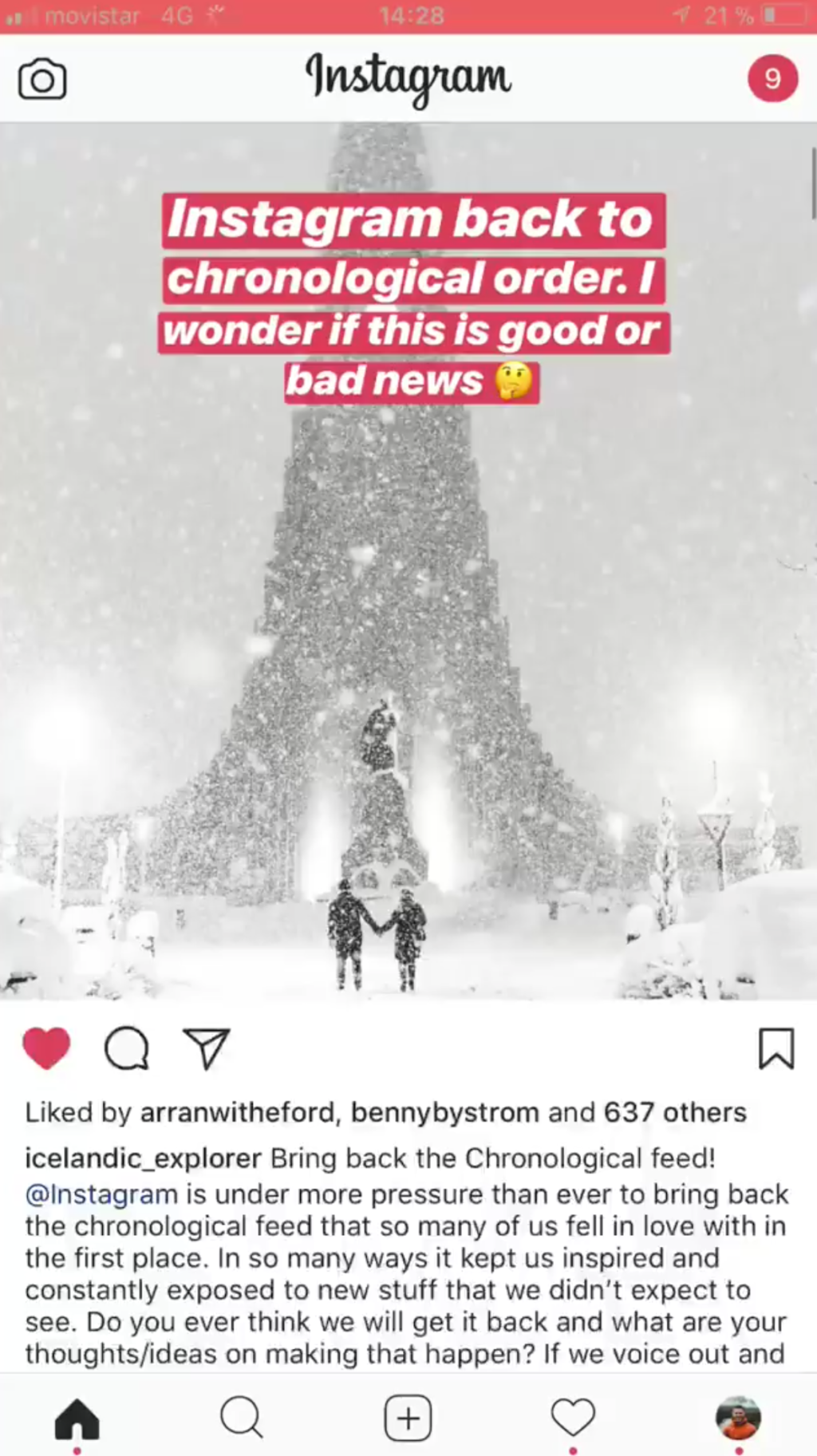 Now, this could have just been a random coincidence, but it gets more interesting in Harding’s follow up story post which states that he appears to be one of the first users in a beta test of the new (old) chronological feed.

It’s also worth noting that there appears to be a date stamp in the note program that Harding was using, and the date displayed is February 27, 2018. I am not sure if Harding had posted these to his story before, but it’s possible he typed them up on February 27th, but waited until today to publish. 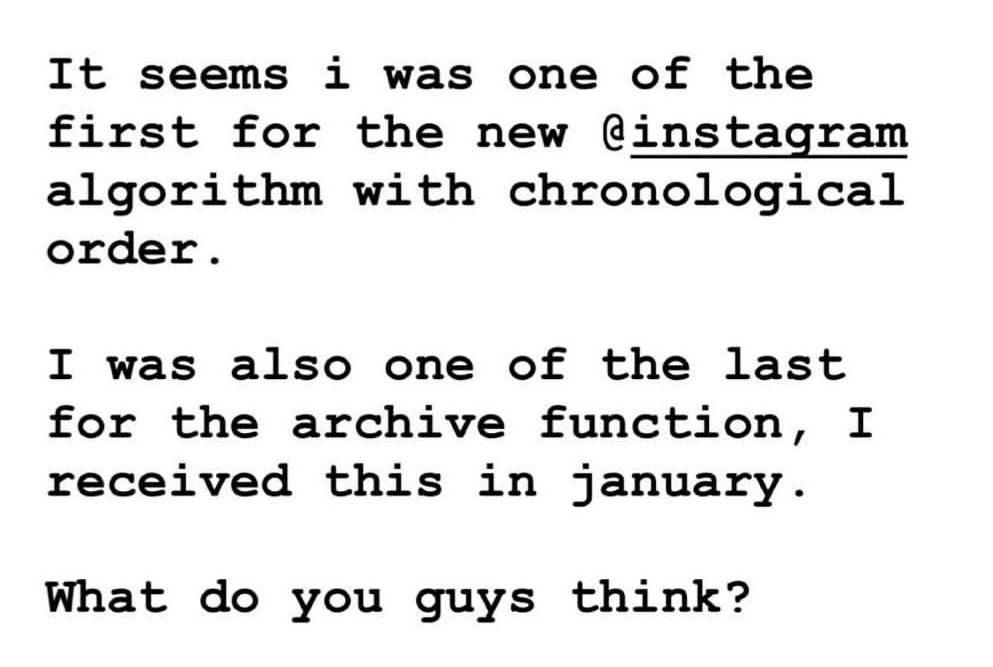 Harding then goes back to sharing stories of his current adventure in the Canary Islands before returning to discuss his thoughts on the chronological feed. So there you have it. A glimmer of hope for all of us who miss the chronological feed. This is by far a sure sign that Instagram is going back to the way it was, but it’s a good clue that they have listened to the feedback and may be entertaining the thought of bringing back chronological feeds. Hey, we don’t mind the algorithm feed, but it would be nice to let users choose what kind of feed they want via a option in the settings.

And if Jack Harding’s IG story is any indication, being able to see your feed in real time again may not be such a pipe dream after all.

An earlier version of this article repeated Harding’s comment that he ‘worked for Instagram’ but Harding has since reached out to us claiming he does not work for Instagram and that the comment was a ‘joke.’ In a statement to Mashable, Instagram claims they are not testing chronological feeds and that Harding is not an Instagram employee.