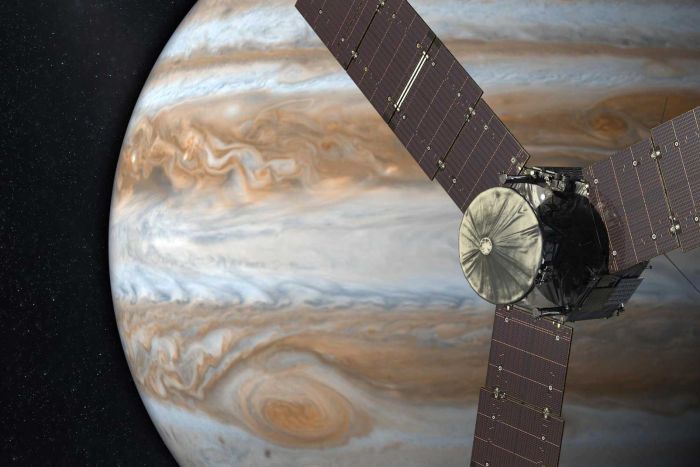 NASA recently released never-before-seen footage of Jupiter, courtesy of the Juno spacecraft, that allows us to take a deeper look at what brews below the surface of Jupiter’s atmosphere. 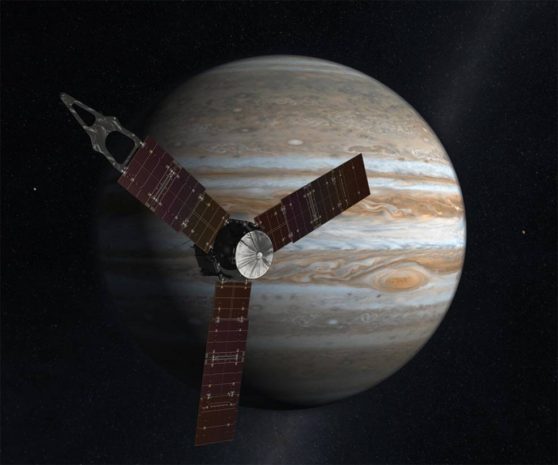 The Juno spacecraft, which has been orbiting Jupiter since July of 2016, sent back photos that provide information about Jupiter that was previously unattainable. They reveal a blazing mix of reds, oranges, and yellows—cyclones swirling around each other to create an almost artificial looking color collage near Jupiter’s south pole. 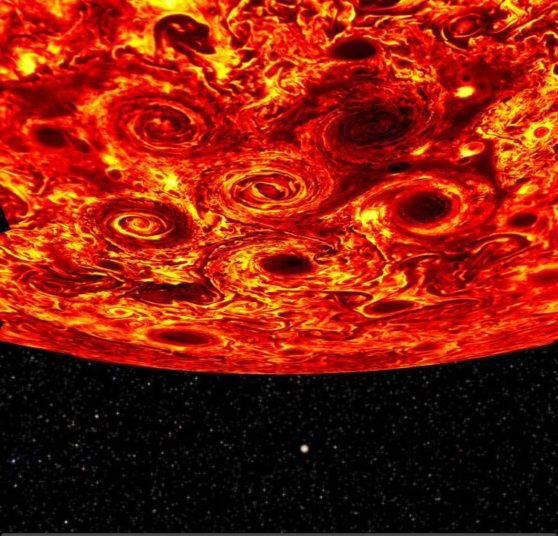 Photo of cyclones on Jupiter from the Juno spacecraft.

Through the photos, scientists can see that the planet’s poles are actually a dark blue, but they are clouded by these warmer-toned cyclones—NASA has observed the storms surrounding a central spiral. The Juno spacecraft allows for photos to be captured with visible and infrared light, meaning scientists can get a more precise measure of the size and temperature of these cyclones, many of which are even wider than the entirety of the United States.

These new photos help to settle some ongoing debates, most notably, according to National Geographic, “whether the patterns painted on the surface are merely superficial, or reflect the work of processes churning away inside the planet.” 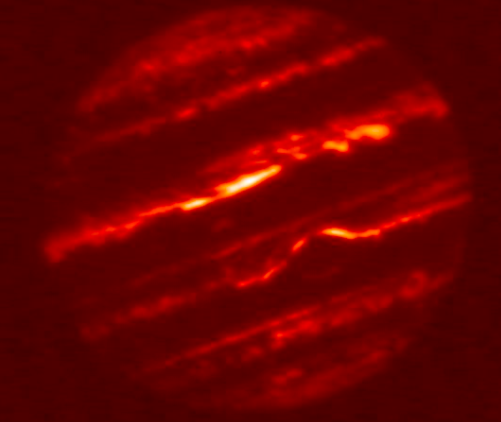 We know that Jupiter is about 11 times bigger than Earth, yet its size doesn’t slow its rotation; Jupiter has a rotation of 10 hours. This rapid rotation, which produces whipping winds, is the cause of these cyclones. And thanks to Juno and the information the spacecraft sends back to Earth through radiowaves, scientists are able to map Jupiter’s gravitational field and compile more information about the inner-workings of the planet.

NASA’s photo technology is rapidly advancing, allowing for scientific exploration that satisfies previously unanswerable questions about the mysterious outer space, and this information may just be “the key to understanding how other gas giant planets work.”