Oscars, Shmoscars: Go Watch The Signal, If For The Visuals Alone

F*ck whatever y’all been hearing, The Signal is the movie you need to watch right now. 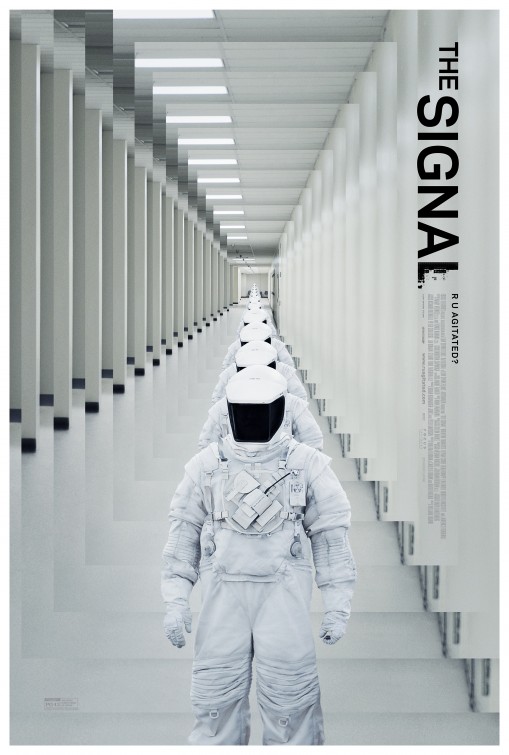 I bring this up because following last night’s old-people-giving-gold-statues-to-pretty-people-in-expensive-clothing show, many of you are probably planning on going out to see one of these pretty people in whatever award-winning film they are currently in. Or maybe you’re just going out to see a movie which you hadn’t known about prior to the large, glitzy circle jerk in which they mentioned its name so many times it began to sound like a foreign tongue. Either way, you’re making a huge mistake. 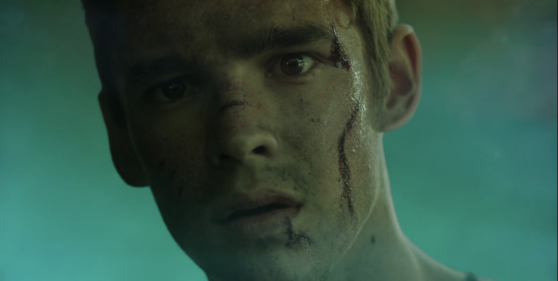 Instead, head over to HBOGo (using your ex’s dad’s account) and start streaming The Signal, a 2014 film about three young hackers tracking down a mysterious rival. It didn’t win any awards—that I know of—but, because of its unique mode of storytelling, wonderfully color-corrected visuals, and epic (groan, I know, but there’s really no other word to describe it) final sequence, it will always be a winner in my heart. Let’s get down to brass tax. The movie opens rather abruptly and appears for the first twenty or so minutes to be quite banal. There’s romance, a jealous best friend, some masculine overcompensation, and a mention of an unexplained incident which got them expelled from MIT and landed one of them on crutches.

Without spoiling it, something happens which lands our protagonist, unbeknownst to him, in a very different environment. And this is where the fun starts. As you can see from the poster, a good chunk takes place in this hospital-type place in which Laurence Fishburne and others are wearing full-body hazmat suits. Everything—from the walls, to the stretchers, to the attendees’ uniforms—is white. And clean. Throw in the random red-lighting which occurs every so often and you’ve got your classic 2001 futurist aesthetic, with Fishburne absolutely killing it as a human HAL. But then—and I won’t tell you why—the scenery changes and suddenly a Great Plains/Dust Bowl aesthetic comes into play, complete with washed-out pastels, old muscle cars, and the gleam of sweat mixed with motor oil on a human forehead. The two are juxtaposed, and to great effect, as exemplified by Fishburne the spaceman facing off with a down-on-his-luck trucker wielding a relic of a shotgun. 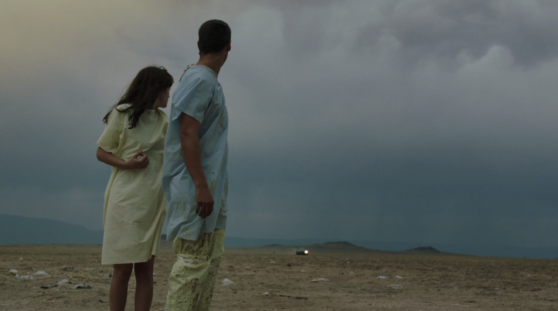 Primary colors are also used to great effect. The security team—a.k.a. the men in charge with guns who aren’t wearing spacesuits—are dressed in blue and yellow during a scene in which they inspect a red 18-wheeler. After having put your eyes through the starkness of the all-white decor of the hospital and the muted, washed-out tones of the fields, the blue pops like never before, releasing a heavy dose of dopamine (I think). But there’s so much more. Robots with designs that look more like origami than something mechanical, a slow-mo fighting sequence, and a final scene slathered with goosebump-inducing techno. If you’re looking for an experiential movie—one that bypasses the left side of your brain and goes right for your sense receptors, tickling the fancy of each, while still sticking to a coherent story—then The Signal is for you. So without further ado—or maybe once you get off from work—go home and watch The Signal. And don’t look up anything else beforehand, as it will only serve to ruin the surprise. And let me just say in advance: I told you so.