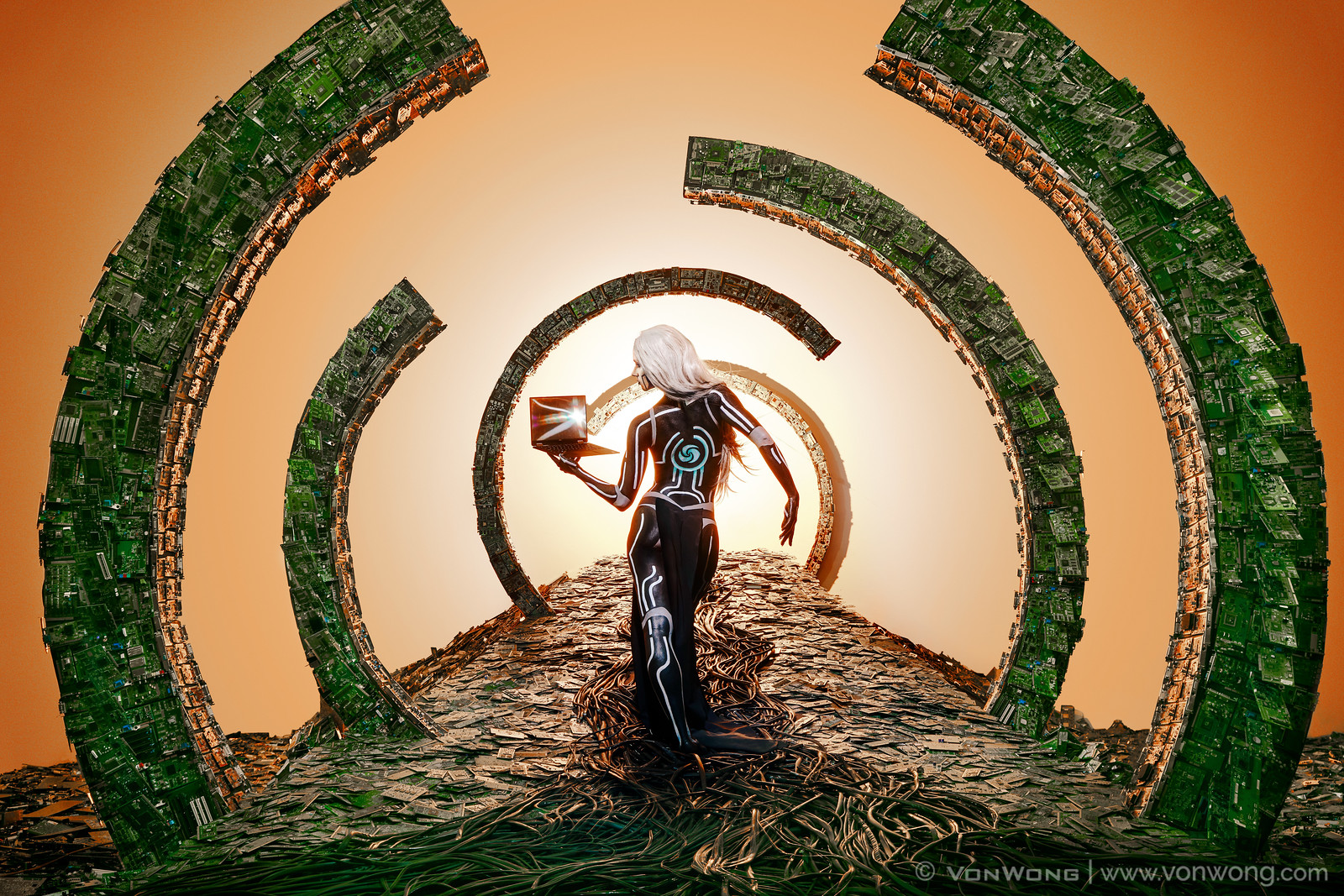 If you don’t know Von Wong, there’s a good chance you’ve seen his work around. It’s epic, captivating, and probably unlike any other photography you’ve ever seen before. What is most important about the photos, however, isn’t the work itself, but the message he tries to convey through them. In other words, these aren’t just awesome pictures for the sake of being awesome, he is actually trying to say something, to make you think beyond the frame.

To give you some examples, in the past, he photographed a mermaid in sea of plastic bottles to raise awareness of plastic pollution in the ocean: 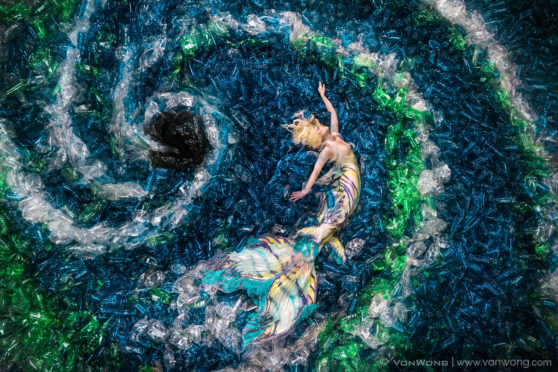 And in another, he raised awareness of climate change by photographing his subjects doing everyday activities (ironing clothing; using the toilet) with a storm raging in the background. 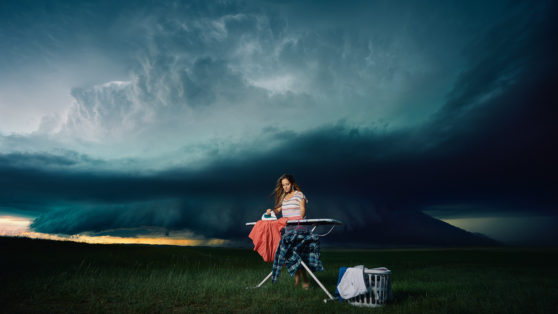 This time Von Wong was tackling electronic waste. E-waste, for short, is the electronic products that have reached the end of their life–whether they are unwanted, non-working, or obsolete–and thrown out.

According to a 2010 case study, every day around 142,000 computers are thrown away. That number is even greater now, with electronic waste considered “the fastest growing municipal waste stream in the world.” Not only that, but billions of dollars are lost every year when these pieces of technology are thrown out; just because the unit as a whole no longer functions, doesn’t mean every part is obsolete, as well. 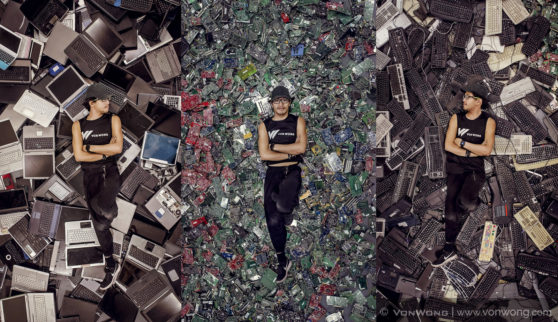 While attending SXSW in 2017, Wong discovered that Dell had the world’s biggest global recycling program and offered free e-waste recycling in over 80 countries around the world. Immediately, he knew which direction he wanted to take his next project.

Its goal: to raise awareness of the recycling process of technological waste.

With his idea in place, Von Wong and his team (the majority of which were volunteers he found through social media) were given 4,1000 pounds of e-waste from Dell, borrowed a massive empty room, and, over the course of ten days, went to work. 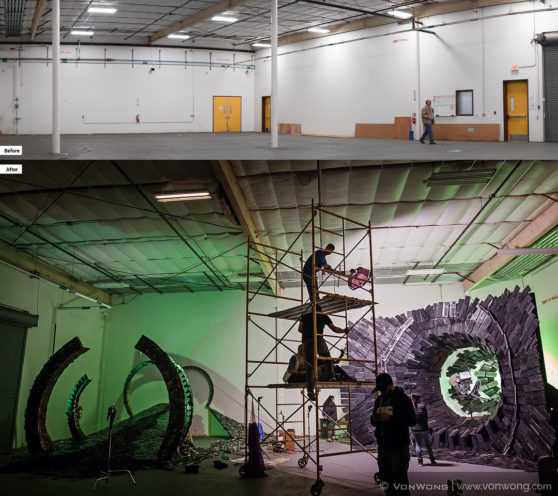 Wong projects aren’t always going to follow convention. Still, for this particular project, the relevance of the theme was just too pervasive to ignore. “The sci-fi theme,” he told Resource, “conveys how past broken devices could be use to power future technologies…just a literal way to look at the recycling of electronic waste.”

This idea was actually his starting point for the project, the idea coming from the system Dell uses called the “closed loop recycling process.” This process involves salvaging useful products from old electronics to be recycled into new computer parts. In other words, they build the future with the past.

Wong broke the project into 3 separate photography projects, though the message remains clear throughout: 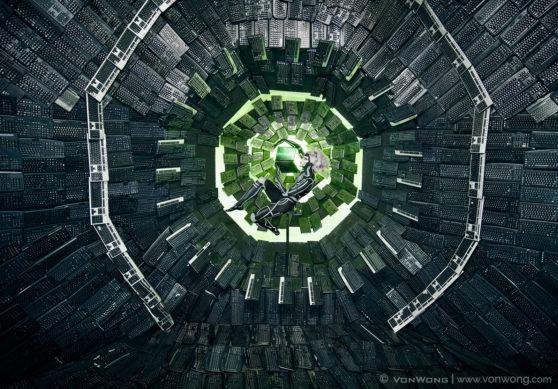 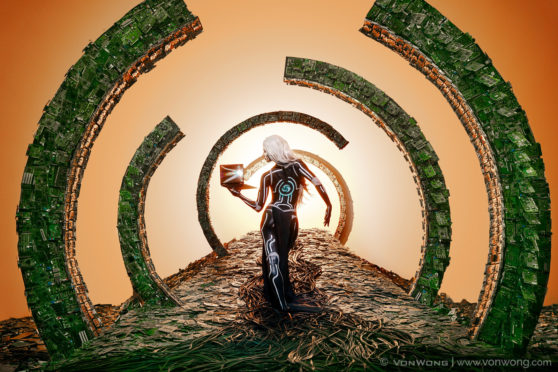 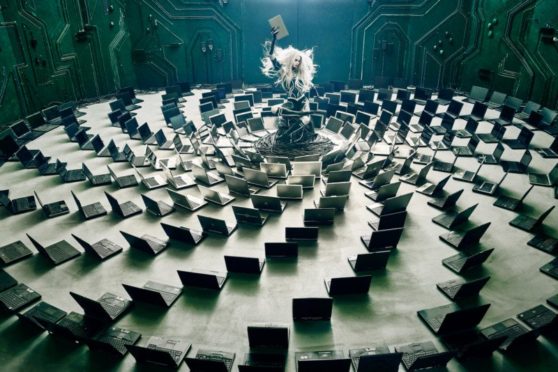 While the sci-fi theme was relevant and made sense for the project, the idea for each image, with their own distinct style, needed to draw on a more specific influence. Von Wong told us where he got the idea for each piece: “When I create things I always try to lend from popular culture,” he said, “so in this case, a particle accelerator from CERN, A portal from Stargate, and a solar farm from Blade Runner 2049.”

With the project’s social media tag #RethinkRecycleRevive, Wong is “focused on the reach and how much e-waste we recuperate through this project. “

It’s an amazing project and Von Wong deserves recognition not only for his photography skills and ability to pull off such an ambitious project, but the fact that he is pushing forth an important agenda about the environment which effects us all.

Here is a video about the entire process:

You can get involved by going to RethinkAndRecycle.com.

There is plenty more information about the project over at Von Wong’s Blog.