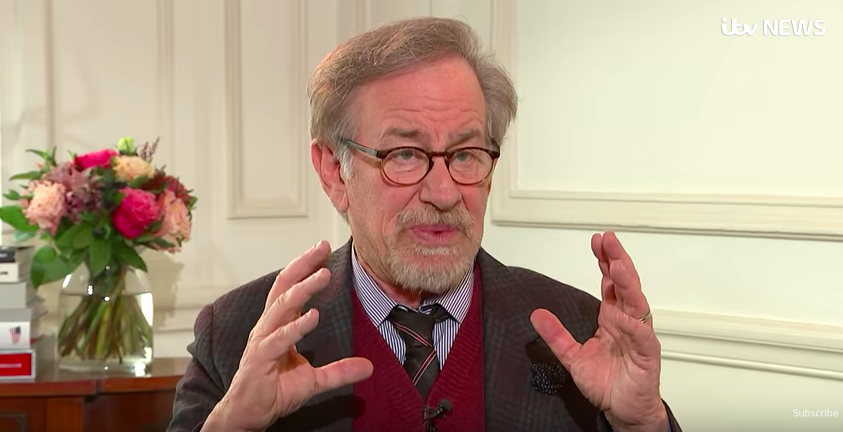 With the release of his most recent film, Ready Player One, acclaimed director Steven Spielberg has a few things to say on the intersection of VR and film, and how the world of cinema is changing in the wake of constantly evolving story-telling technology. Spielberg, whose most recent film was released this weekend, sat down with ITV News Arts Editor Nina Nannar to discuss his newest cinematic venture and how escapism has evolved with film and television. 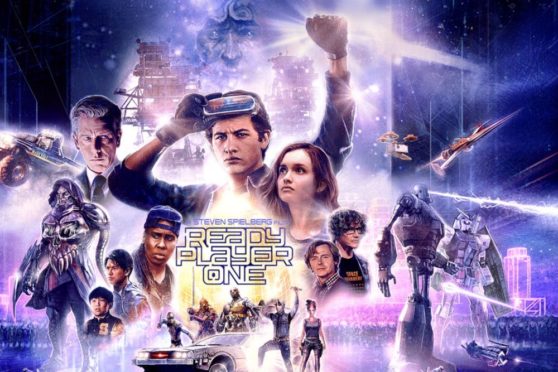 Nannar: It seemed to me, and the message came through at the end of the film, that there’s also a warning in there somewhere about where were at now, and a lot of people are expressing that, you know, ‘lets spend a bit more time in reality’. As a parent, this is our concern, we see our children like this [face in phone]. That’s a bit scary.

Spielberg: Today all kids hold “the oasis” in their hands in their devices, and they forget where they are because they spend hours without being aware that time is running away from them while they are on their devices. They can be learning good things on these devices and making contributions to the world on these devices but most of the time they’re just snap chatting, finding contacts with friends and trying to figure out what movie to go to….We do get lost in escapism. I got lost in television in the 1950s , my parents go lost listening to radio shows in the 1930s and 40s. Social media happens now in the contemporary world, and my kids got lost in their personal computers. So there is always something to distract us from our homework, responsibilities, and sometimes making eye contact with each other. So this movie is a little bit of a cautionary tale but its a little bit more fun than caution. 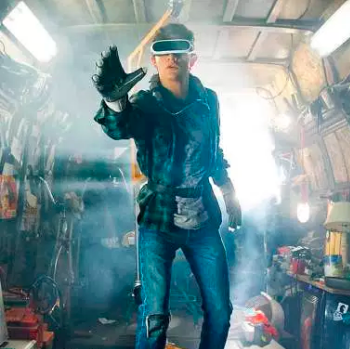 Nannar: Do you think we can come back from this tech obsession we have? Should we come back?

Spielberg: It is impossible to come back, there is no way we will be able to come back from it. Coming back from that is just about having somebody in your life that says ‘Put the phone down and talk to me.’ We’ve been stuck with all kinds of portals to escape through for 65 years and that’s not going to change. It’s only going to become more revolutionary, it’s going to become more involving. Virtual reality does put you in a world where everywhere you look you are in that world and we just have to learn how to figure out how to fix the problems the world needs us to fix in the real world right now, before we escape into a virtual world.

Nannar: Do you like the VR world we are living in now and you know the cinematic experiences you can have? Is it something you would like to do and experience cinema in that way? Because you know when 3D came along and everyone had 3D glasses, everyone was saying this is ridiculous, but things keep changing, don’t they?

Spielberg: Things keep changing and evolving which is great. You know, I love VR, I mean I really do. It does put you in a world. It is not a medium for narrative story telling, however. Because the director can’t get the people who are in the experience to pay enough attention, we are always roaming and looking around at everything available to be seen. So its very hard to follow the directions and to follow a story and follow actors in that space. I’m not sure that VR will be competitive with the motion picture theater going experience.

Nannar: I’ve just come back from the states and there’s rumbling over there about Netflix and places like that where they’re putting on films there as a challenge to cinema as we know it, do you see it that way?

Spielberg: It is a challenge to cinema in the same way television in the early 1950s pulled people away from movie theaters and everyone stayed home because it was more fun to stay home and watch a comedy on television in the 1950s than it was to go out and see a movie. So hollywood is used to that, we are accustomed to being highly competitive with television. The difference today is that a lot of studios would rather just make branded, tent-pole guaranteed box office hits from their inventory of branded successful movies than take chances on smaller films. And those smaller films that studios used to make routinely, are now going to Amazon, Hulu and Netflix. And by the way, television today is greater than its ever been in the history of television. There’s better writing, better directing, better performances, better stories are being told. Television is really thriving with quality and art but it poses a clear and present danger to film-goers.

Nannar: So you are concerned?

Spielberg: I am. But Ill still make ‘The Post’, for audiences, asking them please to go out and see the movie and not make it directly for Netflix.

Nannar: If it continues it can really damage cinema.

Spielberg: Well I’m just saying that fewer and fewer film makers are going to struggle to raise money in order to compete in Sundance or possibly get one of the specialty labels to release their films theatrically and publicly. And more of them are going to let the SVOD businesses finance their films maybe with the promise of a slight one week theatrical window to quality them for awards as a movie. But, in fact, once you commit to a television format, you’re a TV movie. If it’s a good show, it deserves an Emmy, not an Oscar.

Nannar: So it shouldn’t be nominated for an oscar?

Spielberg: I don’t believe that films that are given token qualifications in a couple of theaters for less than a week should quality for the Academy Award nomination.

Spielberg: It’s a great decade for me, so much happened in my life in the 80s. In the 80s I met my wife, in the 80s my first child was born, in the 80s I formed Amblin Entertainment, I made Raiders of the Lost Ark and ET. I mean the 80s was a boom-town decade for me, and it was a relatively quiet decade politically. Things were pretty chill, well not everything was chill in the world or the country, but overall it is not a decade with think of with the kind of stress we are all experiencing geo-politically today.