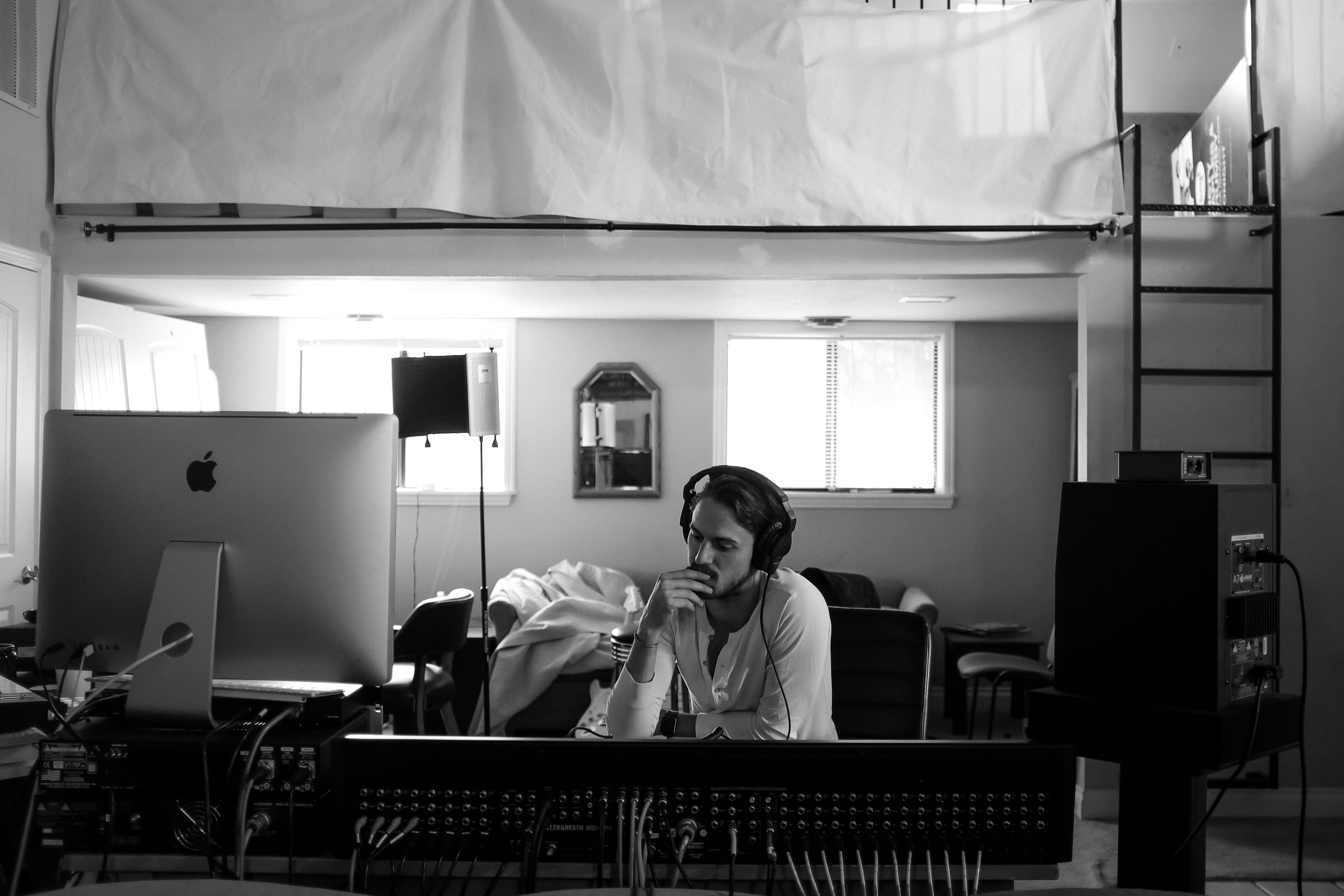 Stop Reading Tips and Get started on your podcasting

“The future,” according to Gary Vaynerchuk, founder of VaynerMedia “is audio and voice.” The way he “felt about social media in ‘06, ‘07, ‘08,” he continues, is the same way he “feels about podcasting…today.” Given his dominance of, and near ubiquitousness on, social media, it’s not a bad bet to follow his advice, getting your brand situated in the world of podcasts. Don’t know where to start? We’re here to give you a leg up on the competition with a few keys to getting your voice heard.

1. What’re You Gonna Talk About 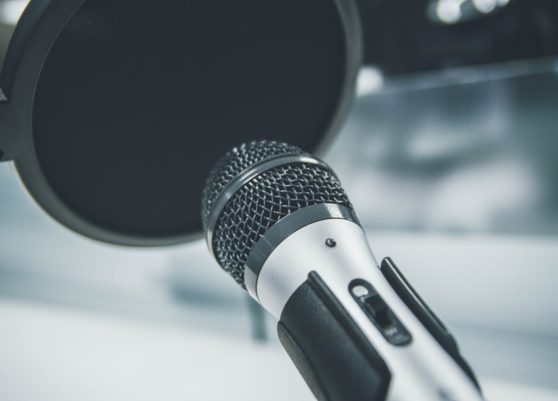 Yes, the medium is the message, but that doesn’t mean it can be the whole message; nobody wants to listen to a “4’33”” for the podcasting generation. That means coming up with a concept for your show if you don’t already have one. While many people come to their ‘cast with a well-defined mission in hand, migrating to the platform for its ease of absorption, others may simply want to have their voices heard, whatever that voice may be speaking about. For the latter group, it’s important to have a concise concept—whether that be an area of culture or study, or simply a point of view with which to analyze popular trends—to stay on track. You’d be surprised how off-topic seemingly normal conversations can get, and how what may seem at the time to be a normal back-and-forth sounds, in recorded retrospect, more like the ramblings of an insane person speaking to himself on the subway.

2. Get Comfortable With Your Voice

Before buying the necessary gear and putting the project in motion, make sure you can stand the sound of your own voice; most of us can not. The key to overcoming this natural aversion is to inundate yourself with its tones until it no longer sounds like that wimpy voice that you wish you didn’t have, and more like the normal voice of someone else—one which you wouldn’t be surprised to hear grovelling over the NPR airwaves late on a Thursday evening.

“You gotta spend money to make money” has never been more true than in the world of podcasting. Okay maybe that’s an exaggeration, but it’s still pretty true here. If you’re going to compete with the big boys of podcasts—ESPN, NPR, 2 Dope Queens—you better be audible, not sounding like you were recorded off a phone which you forgot to take out of your pocket before doing so. Workable mics, which won’t break the bank but also give you just enough quality to sound not noticeably terrible can start at $30 or so, while an interface for converting that analog signal to digital can be found for around the same price. While you won’t need top-of-the-line gear until you have a top-of-the-line audience, you also might not get any audience at all if you sound like sh**. It’s a tricky balance, so check your priorities, and find out where you stand. 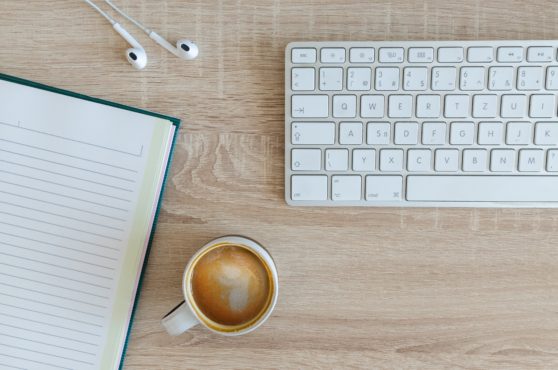 I know most of your favorite podcasts probably sound off-the-cuff, and in a certain way that’s the point, but that doesn’t mean you don’t need a script. For starters, it keeps you moving, laying out how much airtime will be devoted to each segment (as research from Buffer shows, the ideal length of a podcast is 22 minutes, so keep that in mind). Further, a script will make transitions between segments much less awkward, as you’ll be prepared beforehand, allowing you to smoothly transition with a nice segue rather than an abrupt change of topic. Most importantly, it’ll put your mind at ease, making sure you don’t freeze up on the spot, forgetting everything including your own name—we’ve all been there.

Most podcasts have between 2-3 hosts and sometimes one guest. So even if it was all your idea and you grew the wheat and baked the bread etc. etc., it’s still recommended that you find some others to share in the glory with. When doing so, it’s smart to keep in mind the success of Migos, a phenomenal rap trio who have achieved global stardom; they show how a group of similar-minded individuals can work off each other’s strengths while also offering a cautionary tale. The now-infamous fact that one member, Takeoff, was left off their smash single “Bad and Boujee,” can largely be attributed to the fact that his style is very similar to Offset’s, another member of the group. Because two members were competing in the same lane, one ultimately had to take the back seat, and has become a meme for it. Meanwhile Quavo, the other member whose voice and style is distinct from his cohorts, has found the greatest solo success.

6. Pick A Schedule And Stick To It

Almost all the most popular podcasts (22 out of the top 25, to be exact) have a regular schedule which keeps their fans clamoring for more on that specified date. Think of it like Pavlovian training: feed ‘em snacks every Wednesday for long enough and soon their mouths will water just from the fact that it’s Wednesday. While this schedule can be just about anything as long as it has some regularity (i.e. the February 29th of every leap year could even work), research from Buffer shows that the ideal timing is a weekly show released on Tuesdays. 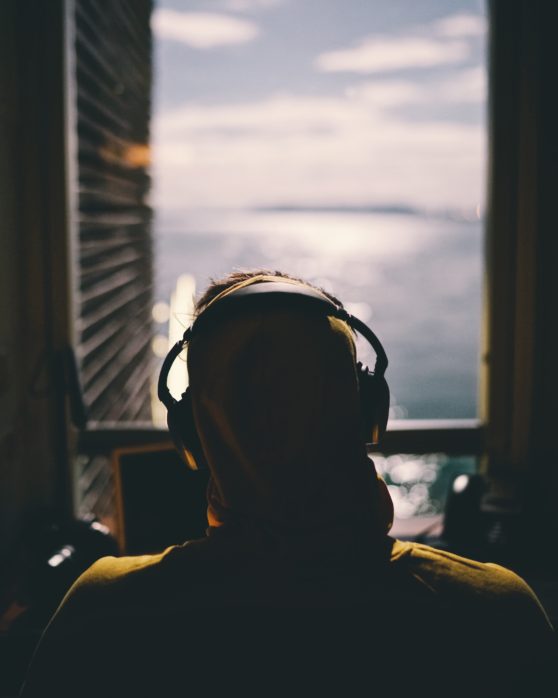 Yes, I put “Get Started” on a list of tips to help you “get started,” and you know what? I’m proud of it. As helpful as how-to’s and do’s and dont’s can be, nothing comes close to the teaching power of experience. The faster you start producing content, getting feedback, and producing more content in line with that feedback, the quicker you’ll be making stuff that you’re proud of. As Dave Jackson, “professor” at the “School of Podcasting” puts it:“START! You can plan and think, but make sure you just START!”

“This article was originally published in the Spring 2018 Issue of Resource Magazine. You can buy the whole issue here.”