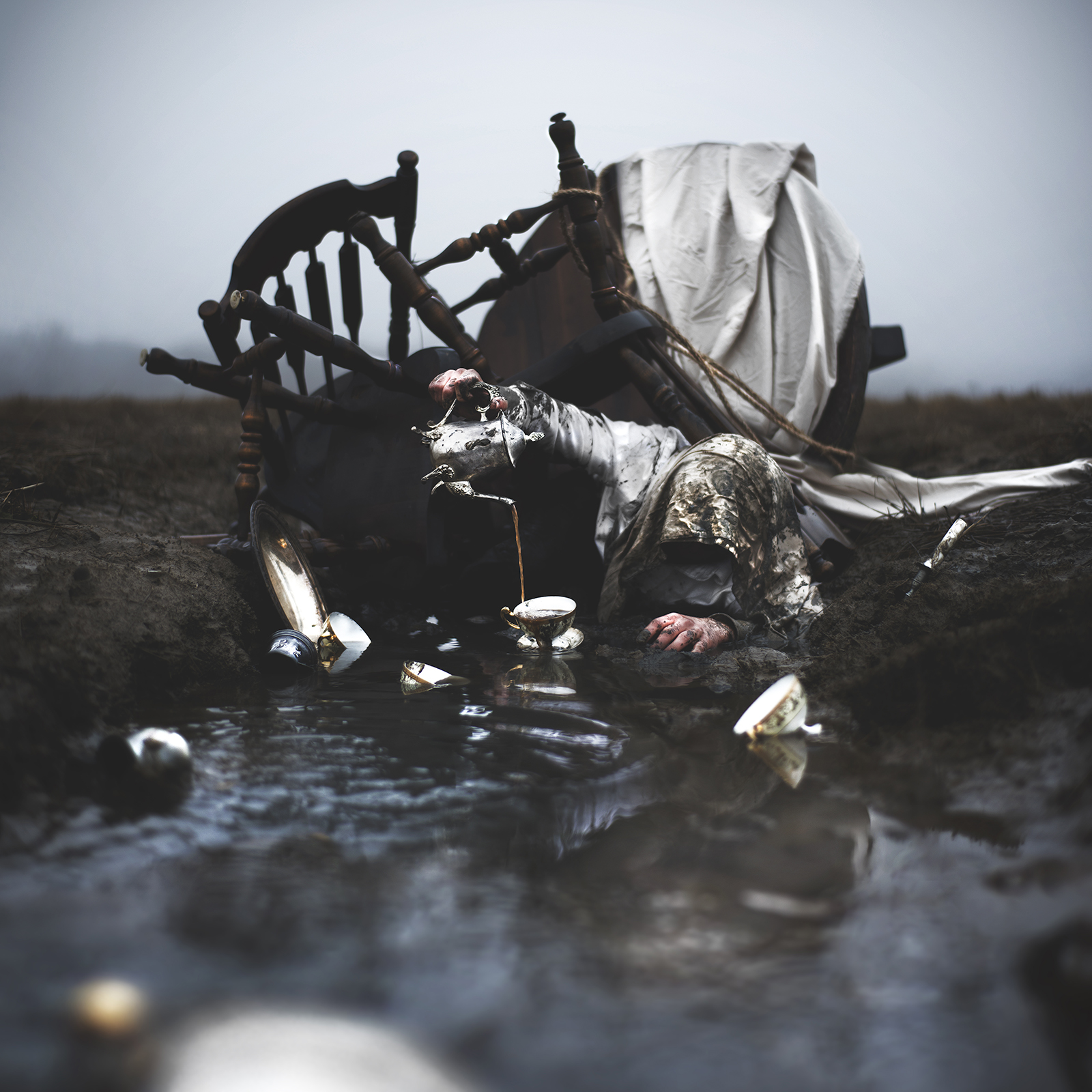 When a photographer successfully pulls off a cohesive and sensational series the stars align and the moon howls. Resource searched far and wide to find such a collection, only to come across photographer Nicolas Bruno’s series that highlights sleep paralysis and its crippling effects. Who better to artfully explain such spine-chilling experiences, than a victim himself? So in true Resource fashion, we went straight to the source hoping to discover how Bruno’s “Between Realms” arose and conquered the not so easy task of creating a notable series. 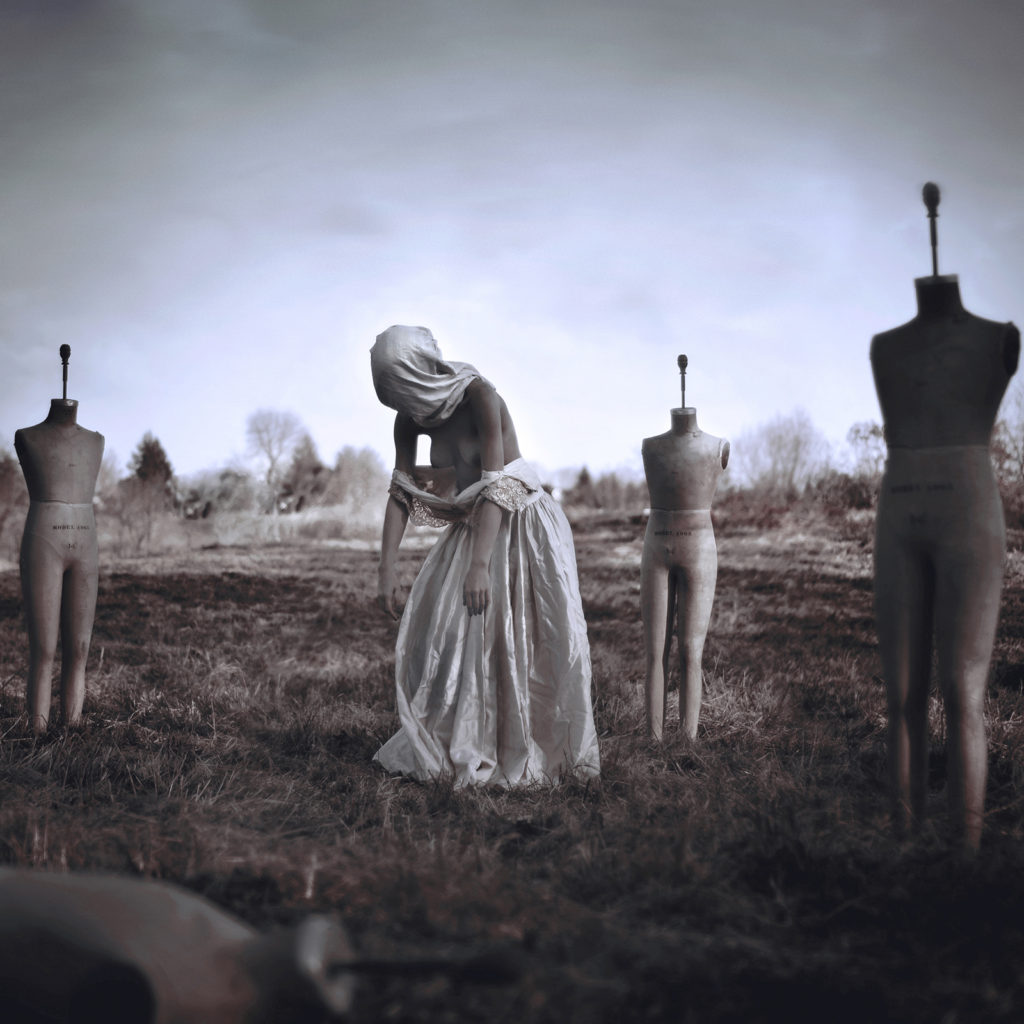 Resource Magazine: Why did you start the series in the first place?

Nicolas Bruno: I’ve experienced sleep paralysis for the majority of my life, but from age fifteen onward it took hold of my life and began destroying my well being. I would not sleep for multiple days at a time, which only intensified the dreams even more. Enormous bouts of insomnia and horrific dreams pushed me to a dark pit of depression. After documenting these dreams in a notebook for many months, I unintentionally created a basis for translating the negative dreams to positive and tangible artwork. 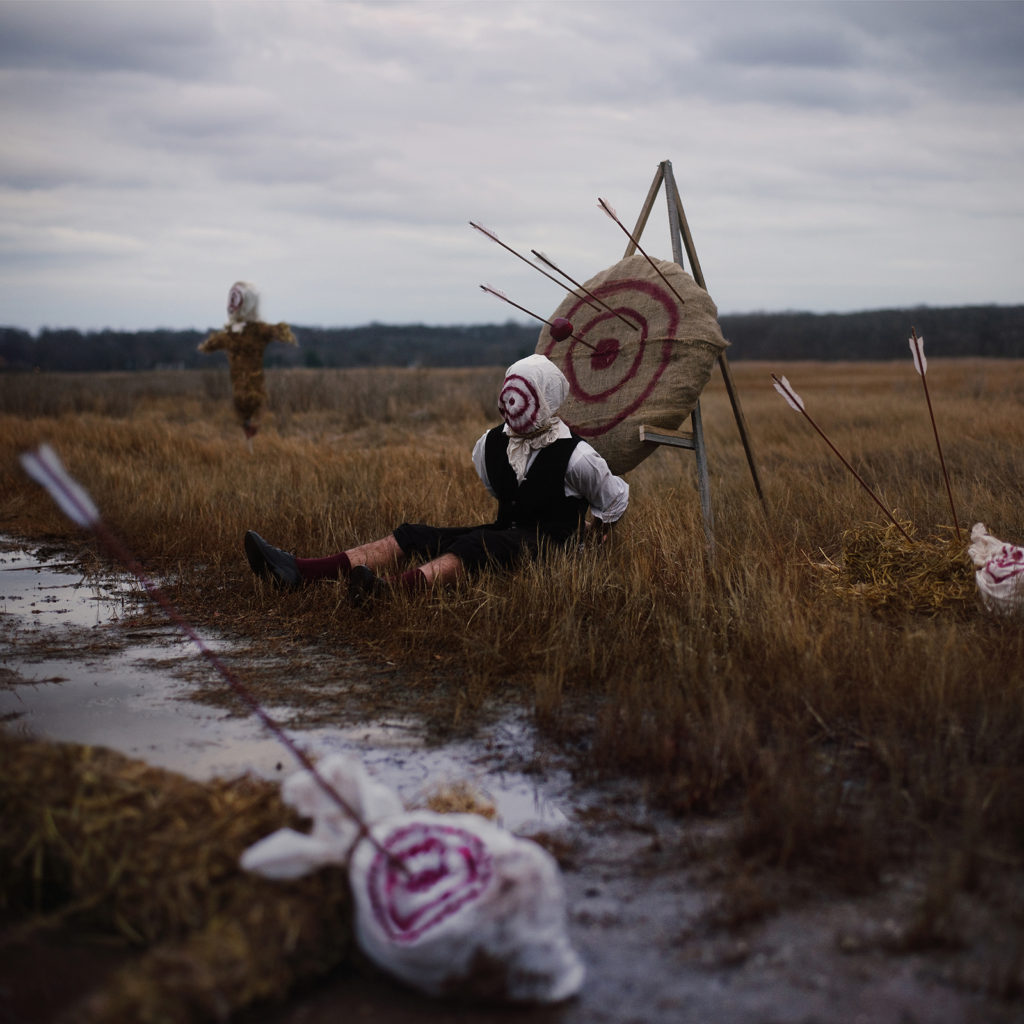 RM: Was this project an outlet to get over sleep paralysis, or at least make you feel better about it?

NB: This project became my voice when I had no words to explain what was happening to me in my sleep. Photography became my therapy for these consistent traumas by transforming the sheer terror into thought provoking surreal portraits and self portraits. Once I found this way to communicate my experiences through artwork and symbolism, my world turned around.” 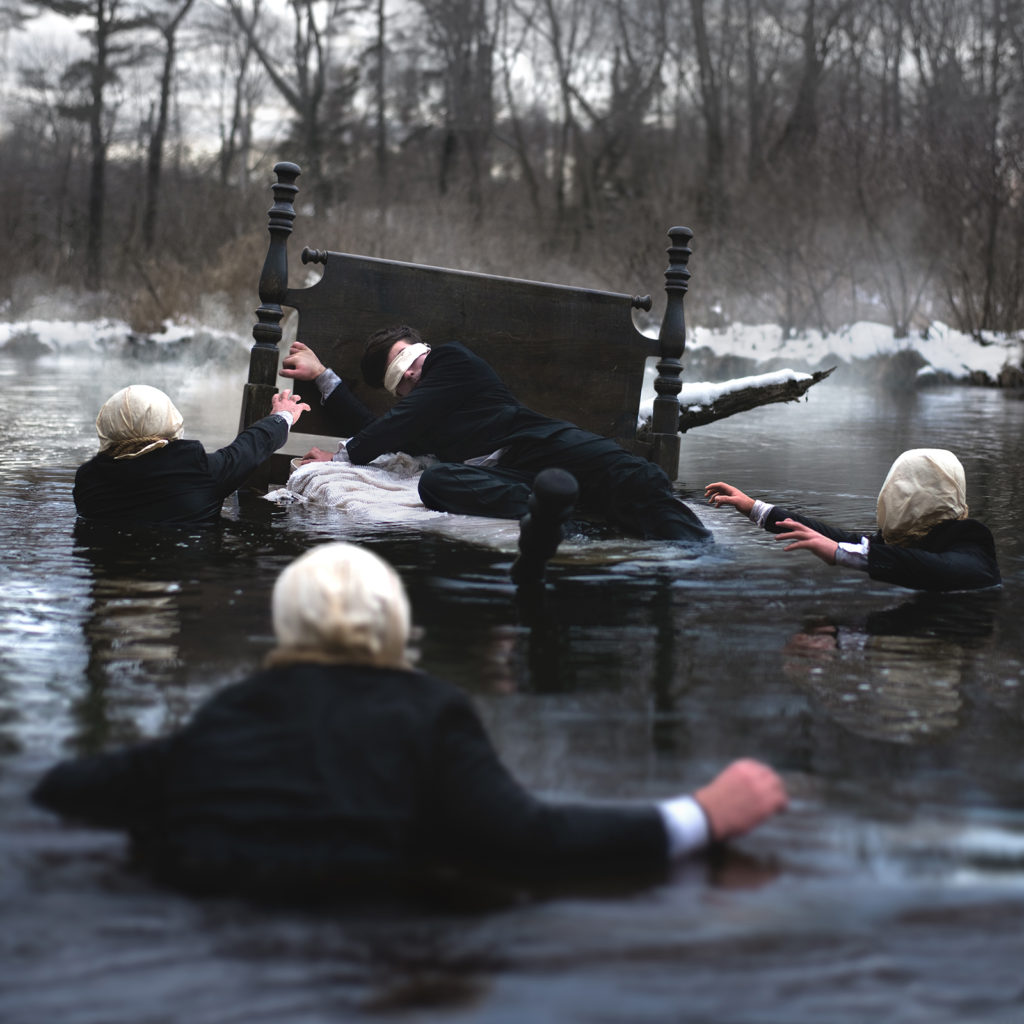 RM: What does a photography series need, in order to be a powerful?

NB: A strong photo series will speak its message through the universal language of imagery with ease while words and writing become supplemental icing on the cake. Cohesive visual elements, cultural relevance, and technical skill should all be consulted in the critique of a body of work. This formal perspective is a basis to start from when critiquing and attempting define the power of series. Formality aside, the impact of art is relative and may speak volumes for only a few individuals or the creator themselves. One must keep in mind that a body of work can be bashed, disregarded, and forgotten, only to be praised hundreds of years later in a culture that finally understands the power and relevance of the work. While critiquing academically, I remember to remain receptive to works that showcase their power through subtleties and concepts that I have yet to learn the visual language of.” 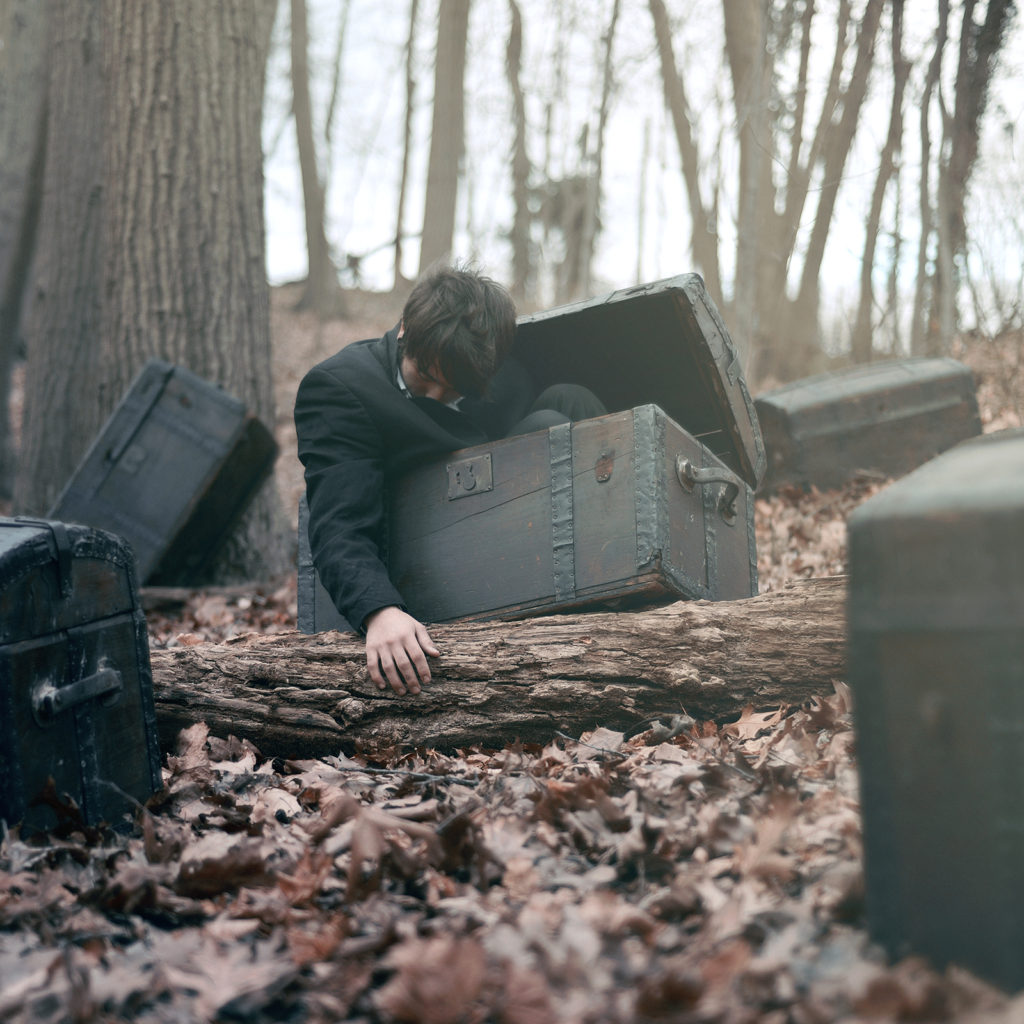 RM: Can you explain two photos of your choosing to help our audience understand the entire concept behind it? 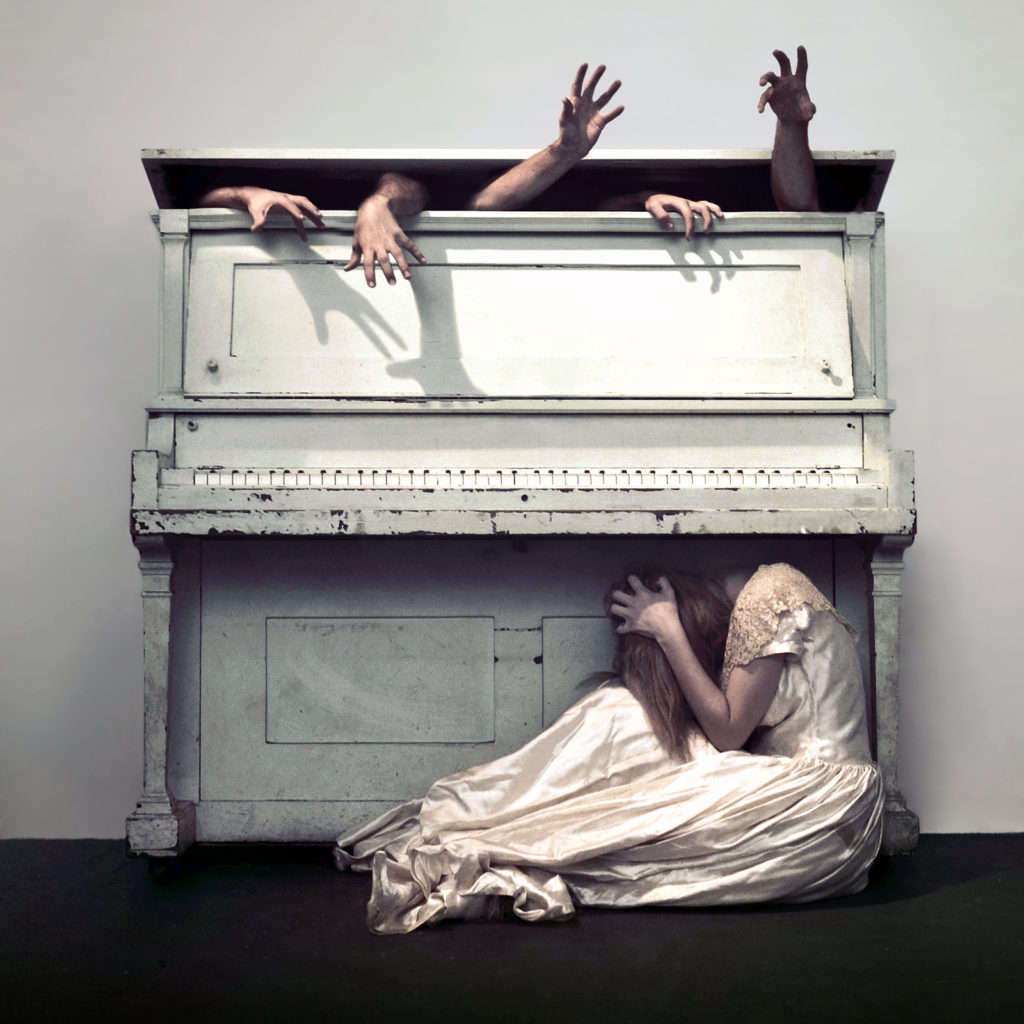 NB: Within my sleep paralysis experiences, I am often grabbed by hands that seem to spawn from every corner of my room, choking my neck or pulling me off of the bed. No matter how strong my attempts are to avoid their grasp, I will always end up within their embrace. Although this torment is the source of my inspiration, I have to stare it directly in the face in order to continue creating. 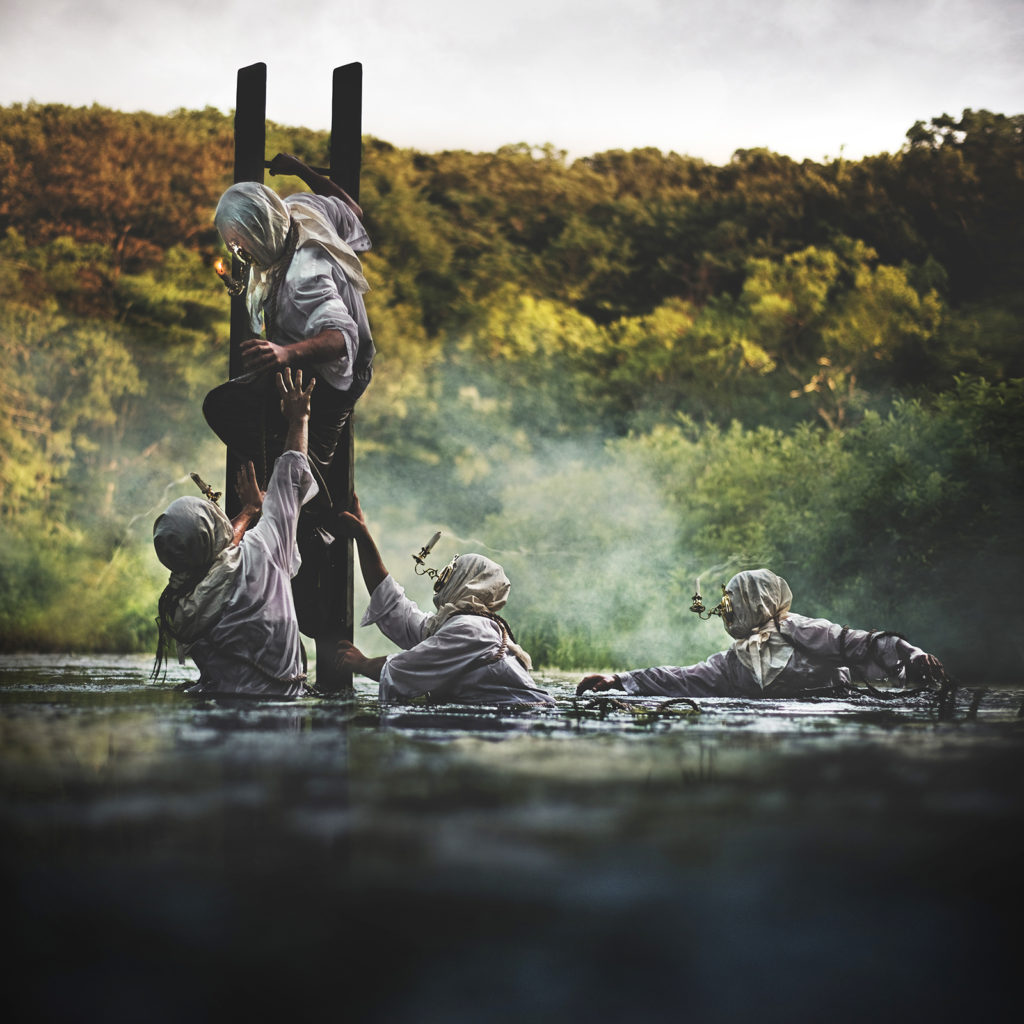 NB: The faceless figures within the composition depict a recurring group of characters within the sleep paralysis experiences, which are often hostile in nature and motivated by blind aggression. The figures are attempting to steal the remaining light source from the individual at the top of the ladder, who is left with the decision to surrender ignition to the wicks of his pursuers, or plunge into the depths and extinguish his own light. Rope intertwines the figures to depict a unified tension and struggle between them. This tension is also portrayed through the uncomfortable act of forcefully wading through the murky depths of a pond with drenched clothing and your footing being absorbed into the mud. The linen bound and blinded my face as the water absorbed through the fabric. The calamity of the acts within photographs will remotely replicate the stressful ordeal of being stuck within a sleep paralysis episode. 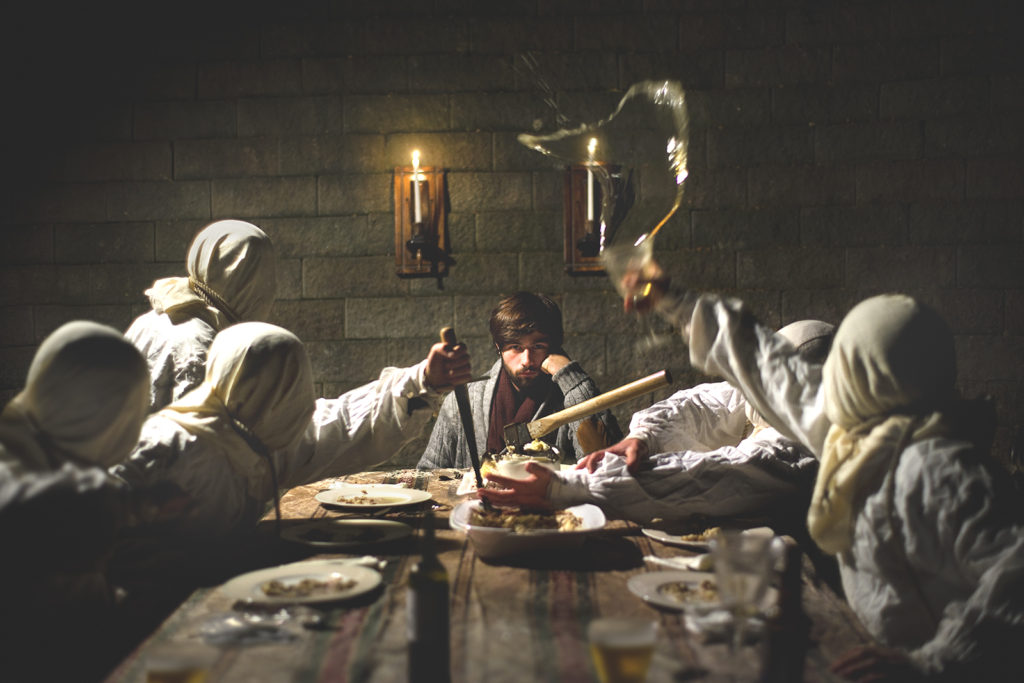 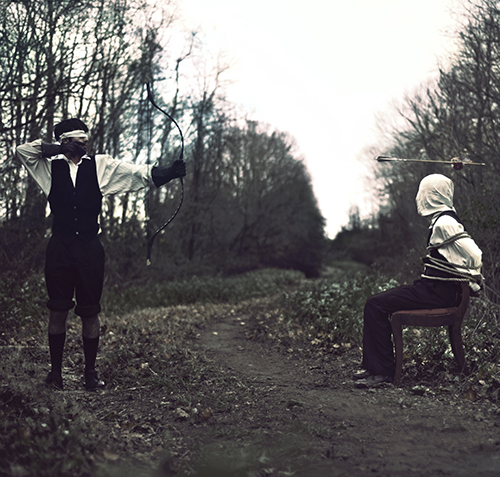 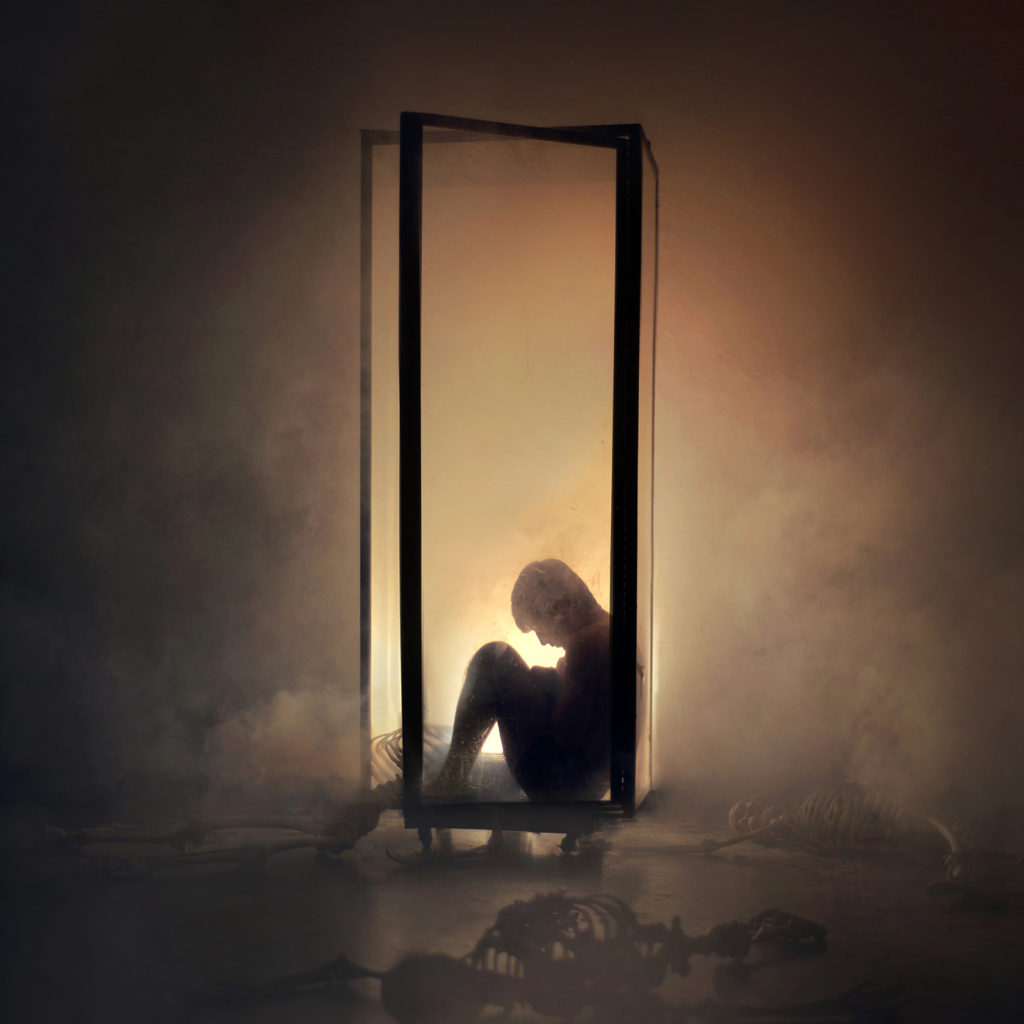 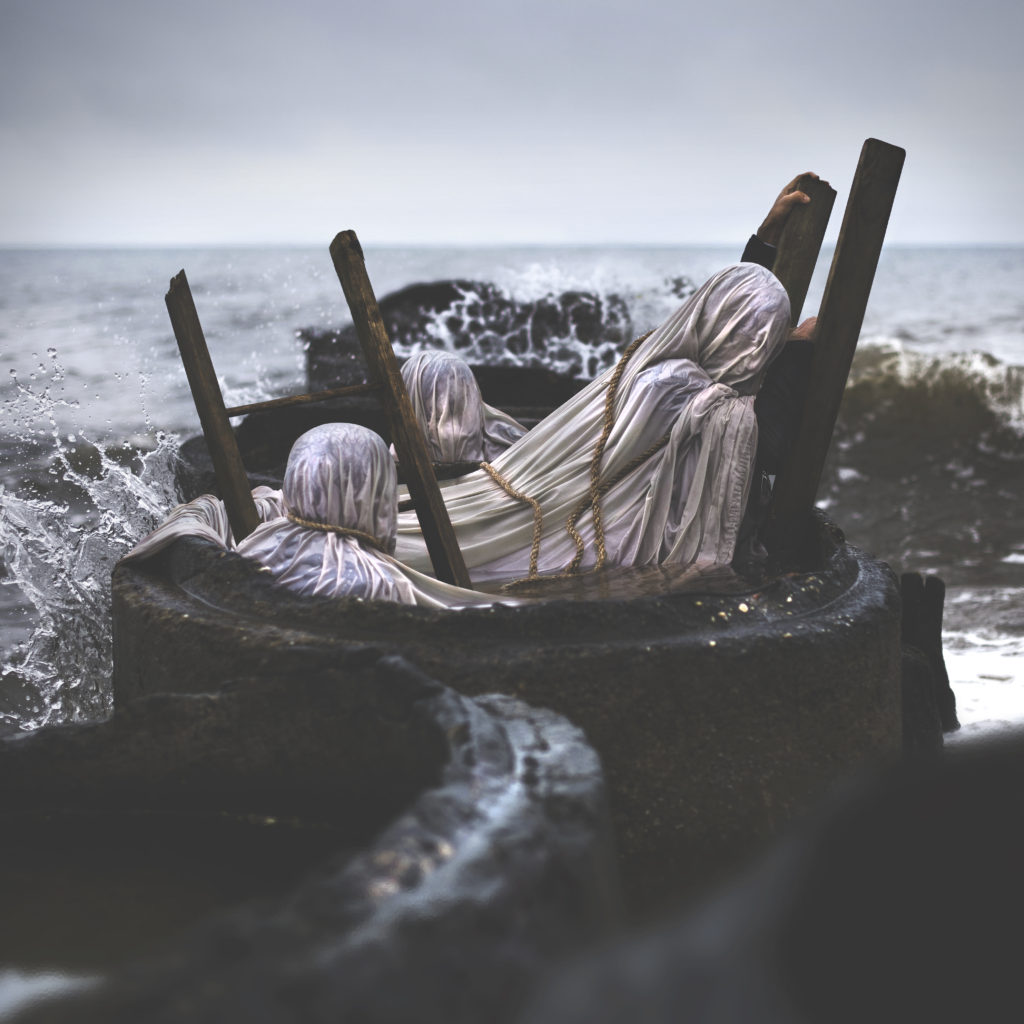 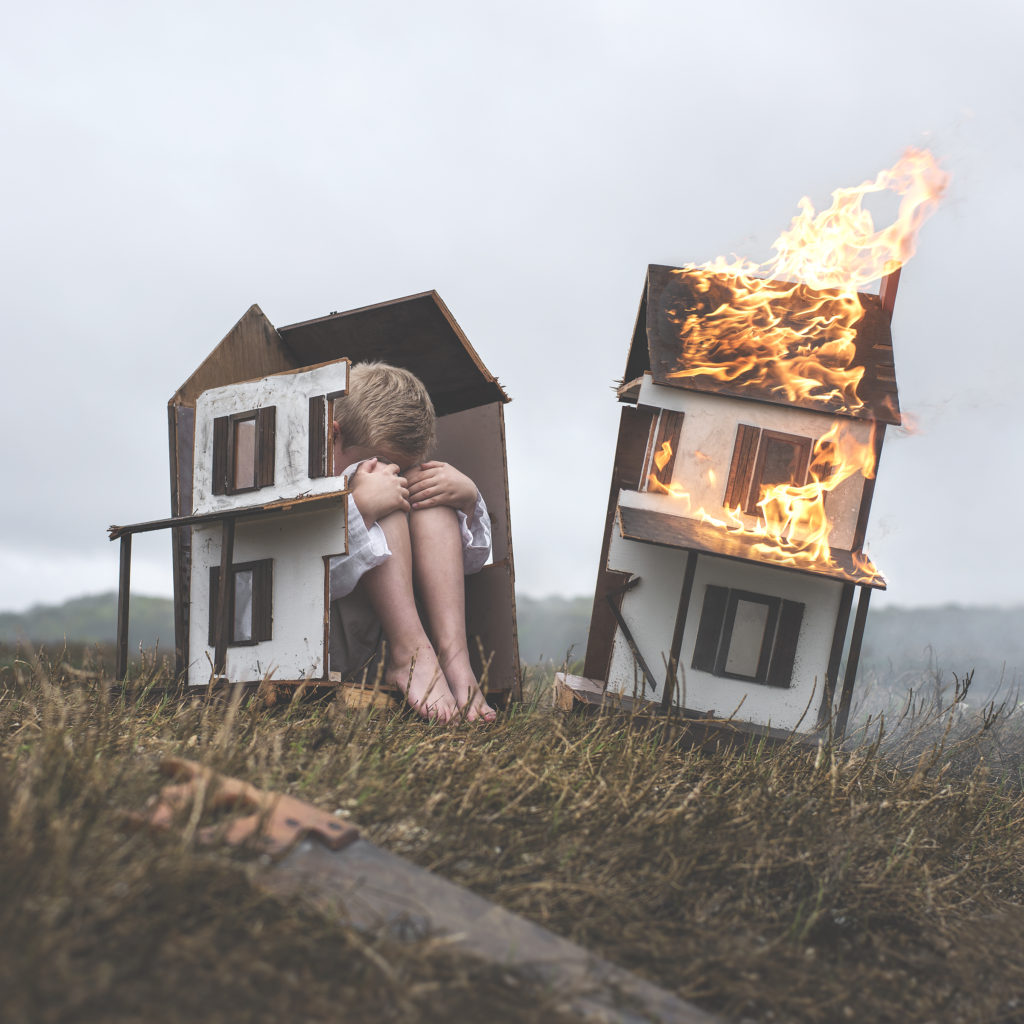 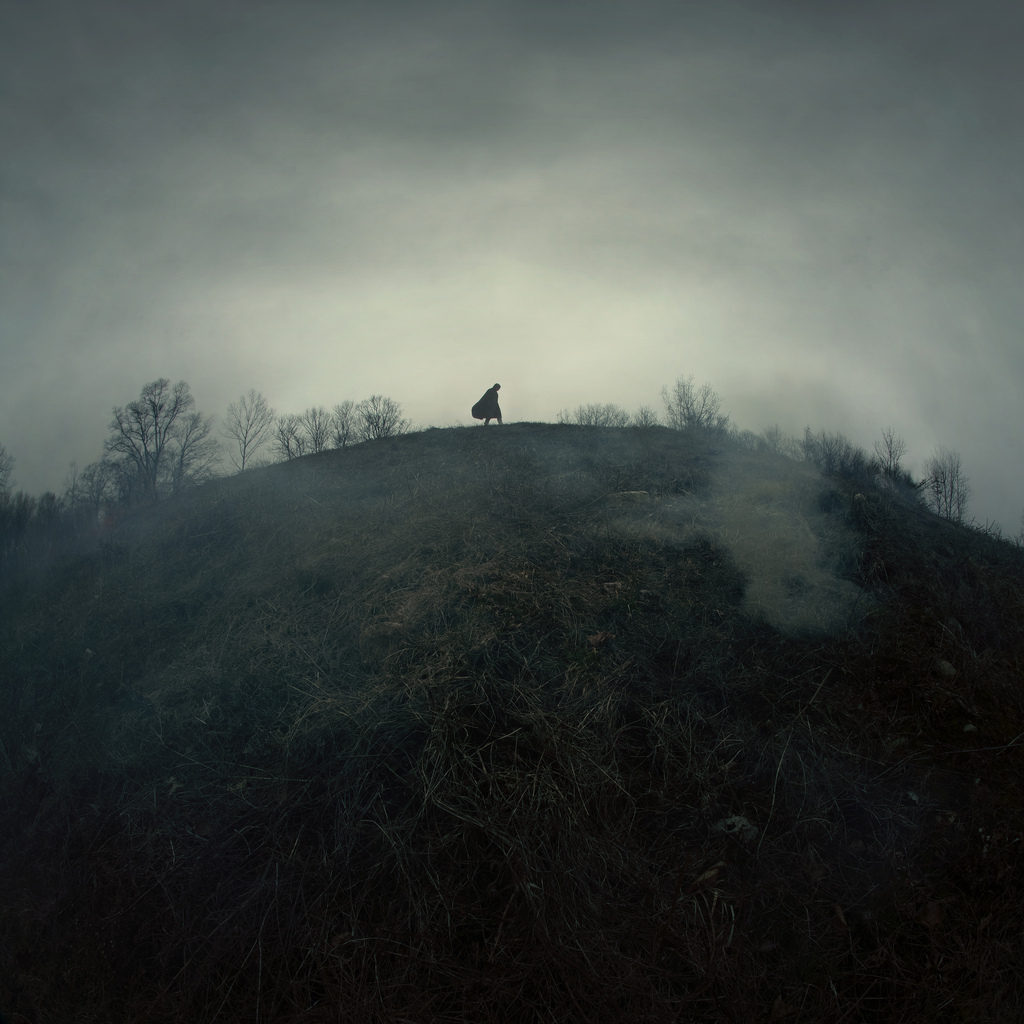 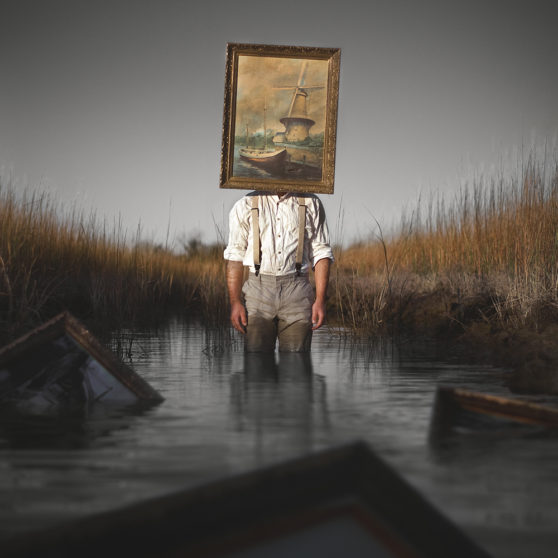 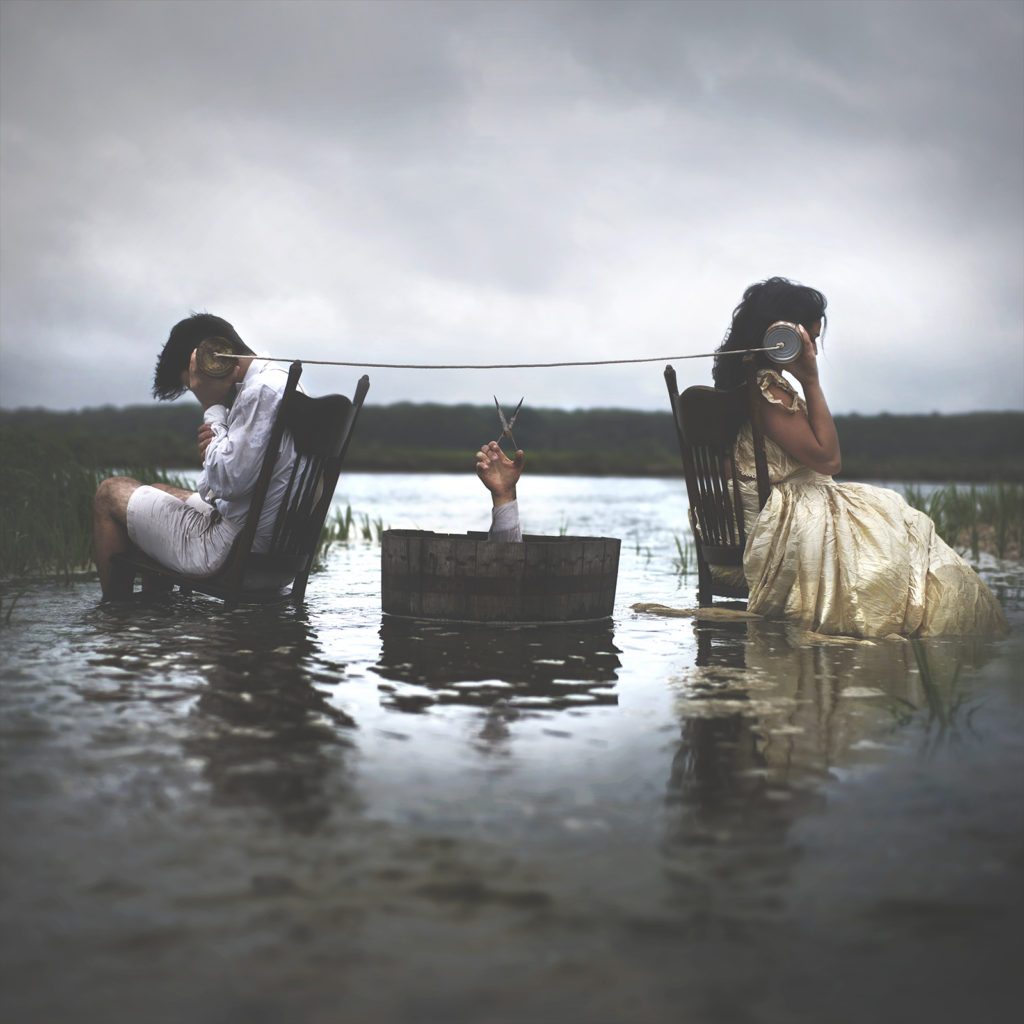 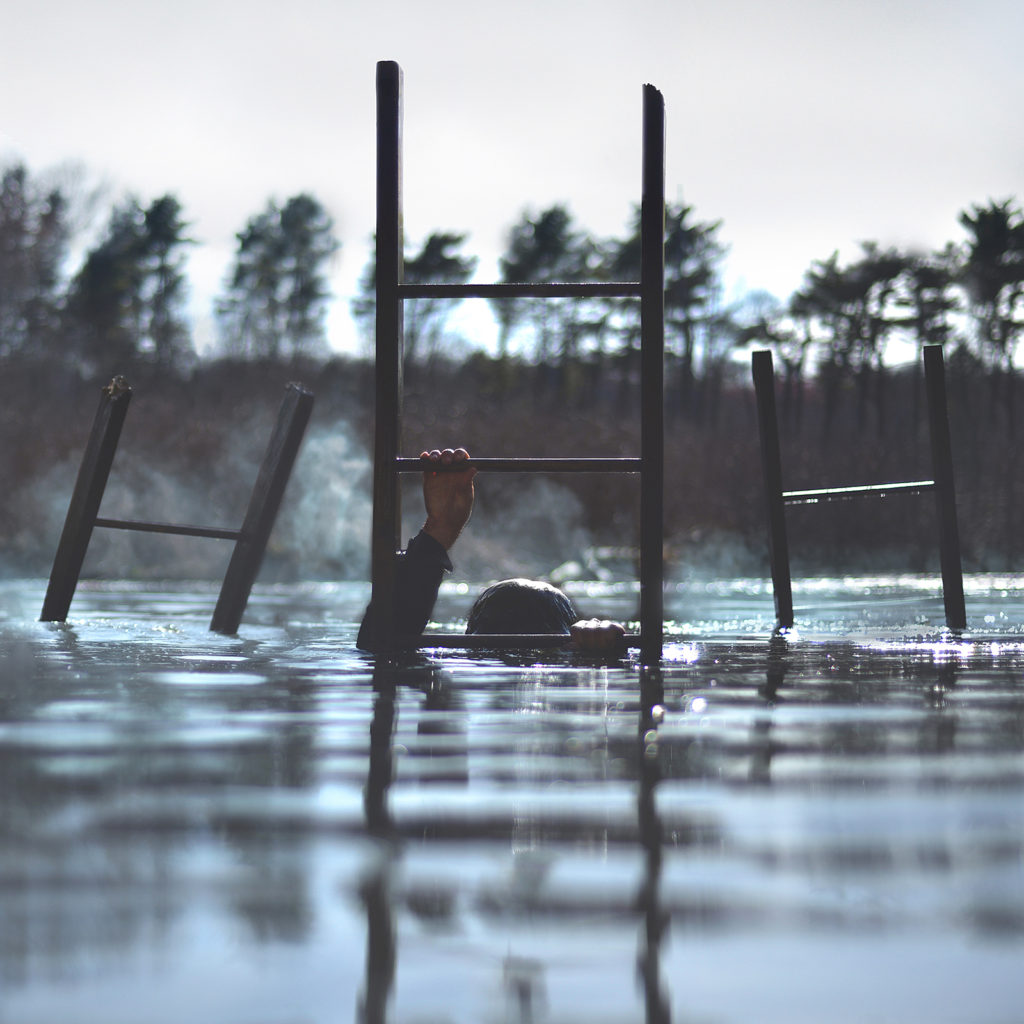 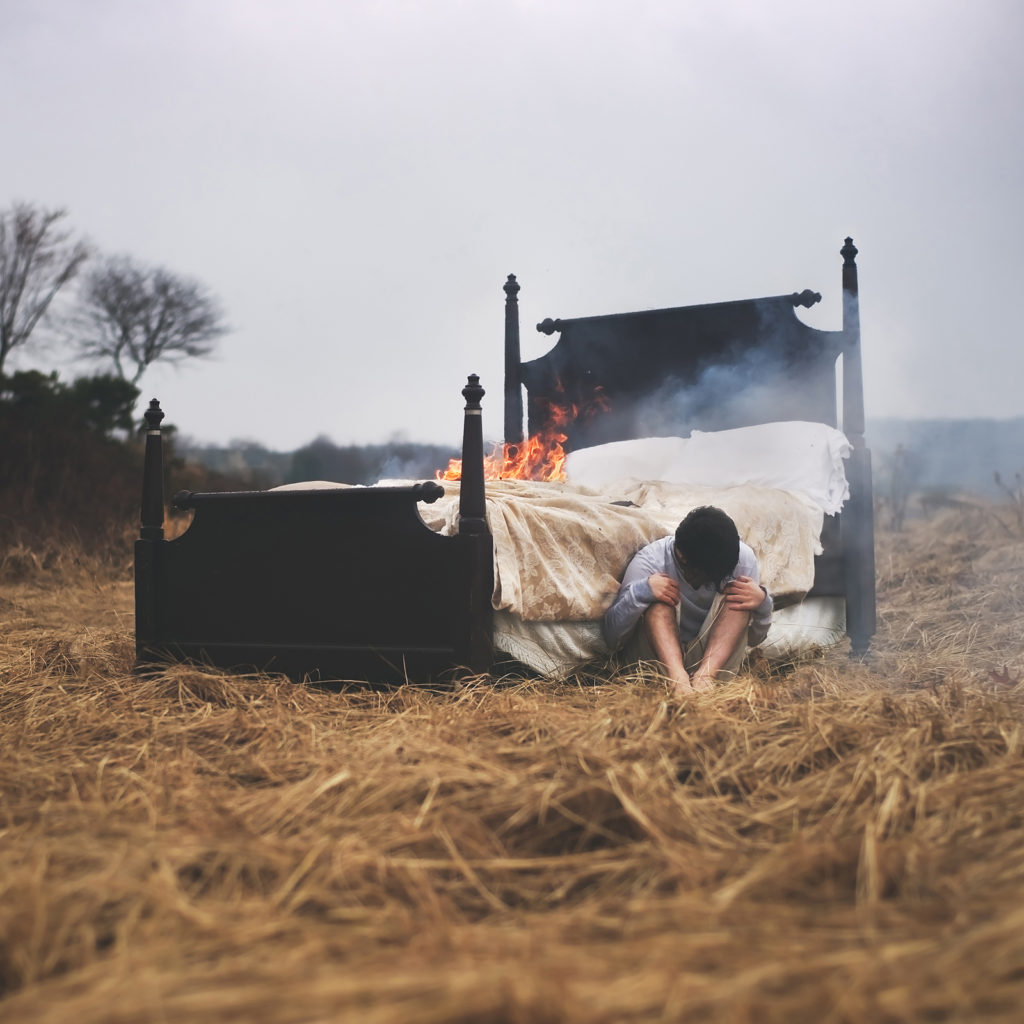 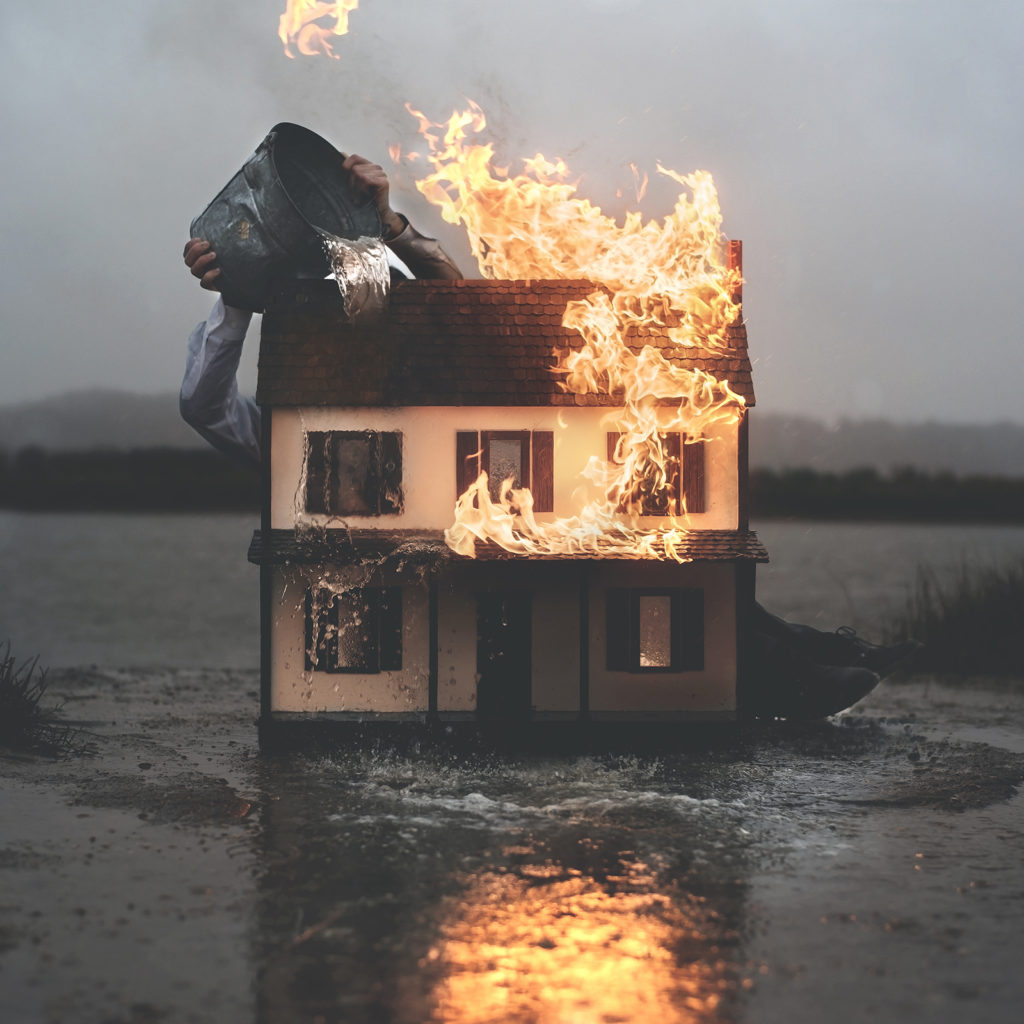 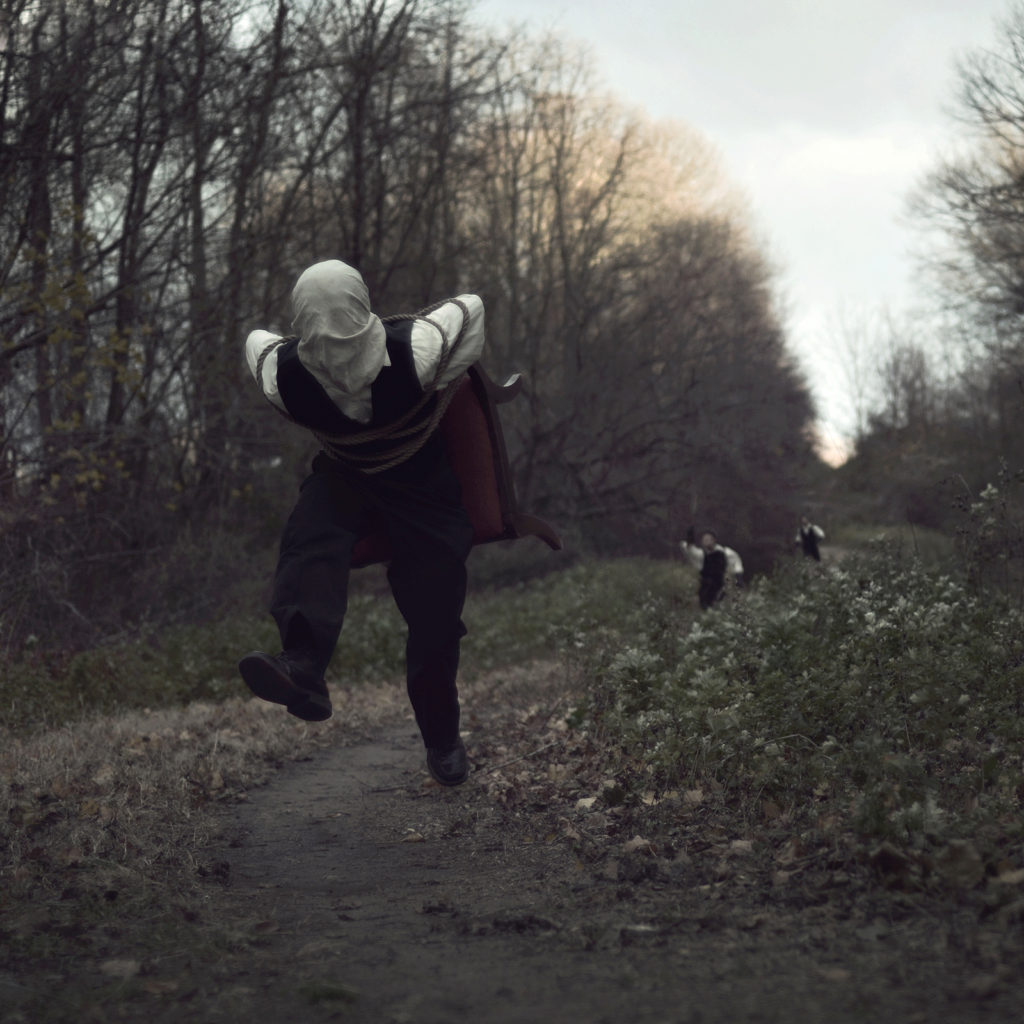 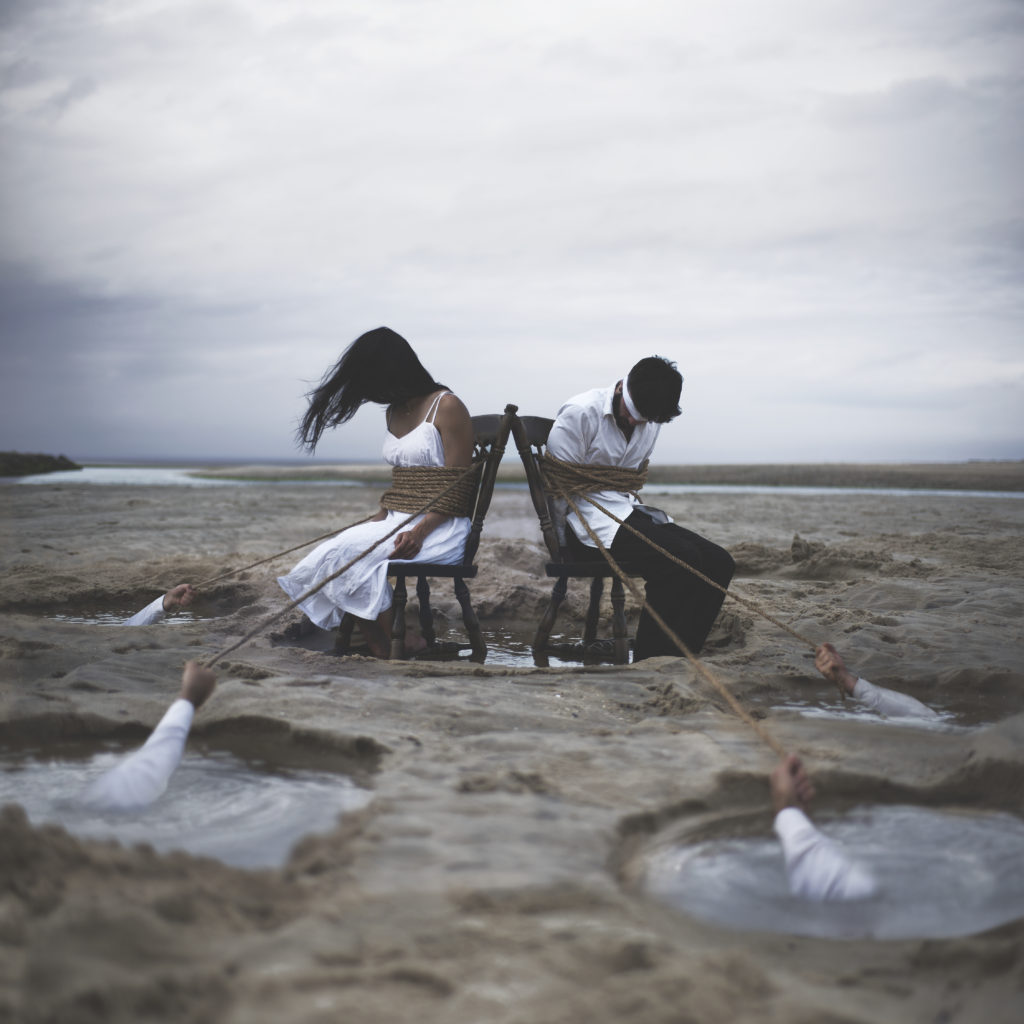