This Movie On Netflix Was Shot Entirely On A GoPro

There was once a time when if you set out to make a film, the camera rental and cost of film development itself ate up a huge portion of your budget. But, in much the same way that iPhones are making everyone a photographer, the same is becoming true with filmmaking. Like with so many aspects of our lives, the more technology advances, the more equipment becomes accessible, and the easier it becomes to get creative in fields that before were once only available to a people who had some extra money laying around.

The film Face 2 Face is shot on a GoPro and makes use of the “cheap” technology in a highly efficient way.

Face 2 Face, now available on Netflix, is an independent film directed by Matt Toronto. It tells the story of two childhood friends who, now in different states and years later, reconnect as teenagers through FaceTime. It’s a coming-of-age drama in which the characters communicate entirely through their laptops and smartphones as they grow closer and reveal dark secrets of their past.

Now, this is not the first feature film to use a GoPro. In fact, even massive blockbuster films like The Hobbit: The Desolation of Smaug or The Martian have used the lightweight camera. The problem, however, is that they’ll only shoot specific scenes on the camera and GoPro has a specific visual quality to it and anytime there is a cut between an expensive film camera and GoPro it can be a little jarring and take you out of the story. 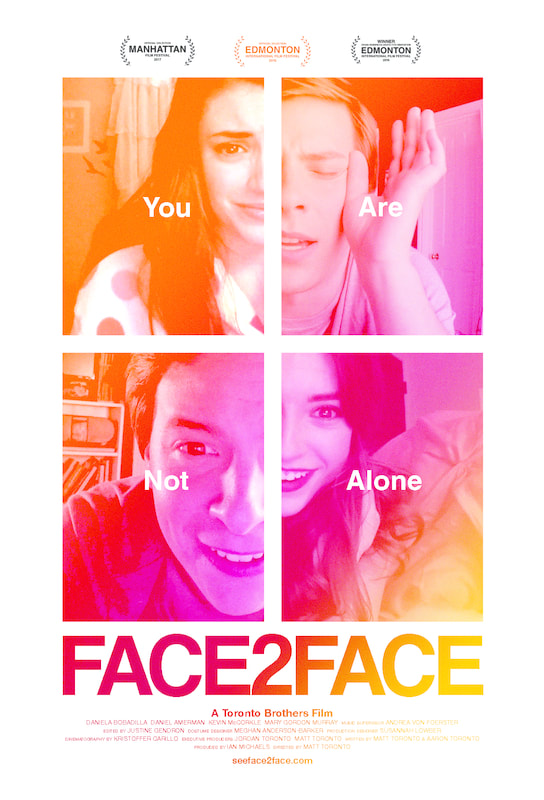 Part of the the appeal of Face 2 Face is that the use of a GoPro actually fits with the story. The image quality of a webcam is going to be very similar to a GoPro, so instead of causing a distraction, it enhances the overall viewing experience.

Another GoPro film, called Hardcore Henry, was also successful in it’s use of the camera. Though it didn’t have anything to do with webcams, it worked because it was an action movie shot almost entirely from a first person perspective–which, in its unique vision, worked with the camera.

The point being that, though technology is making filmmaking less expensive, there is still a limitation on the consumer-level technology.  Knowing those limits of your equipment, while working it into your story, can be a huge advantage for a filmmaker.

Technology is changing the world and the film industry is no exception. Movies like Face 2 Face are examples of how both filmmakers and audiences are going to benefit. Sean Baker’s 2015 film Tangerine was shot entirely on an iPhone and was met with critical acclaim. More recently, director Steven Soderbergh’s film Unsound was shot on an iPhone, as well.