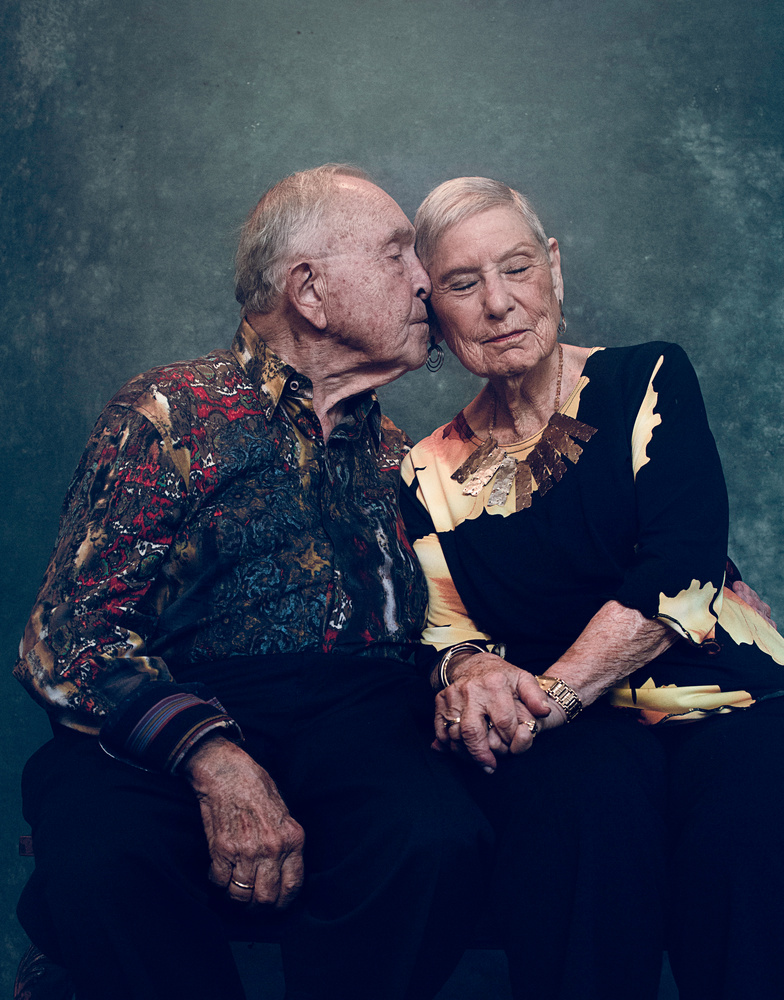 This Photo Series Will Rejuvenate your Belief In True Love

Photographer Eli Dreyfus described it as a “once in a lifetime opportunity” when he met Lenny and Elaine, a pair of ninety-year-olds who had been married for seventy years. Lenny was adorned in a multi-colored collared shirt with patterned cuffs, Elaine a yellow-and-black patterned dress with a heavy golden necklace and spiraled earrings. Together, holding hands and laughing, the couple looked like they knew how to party. 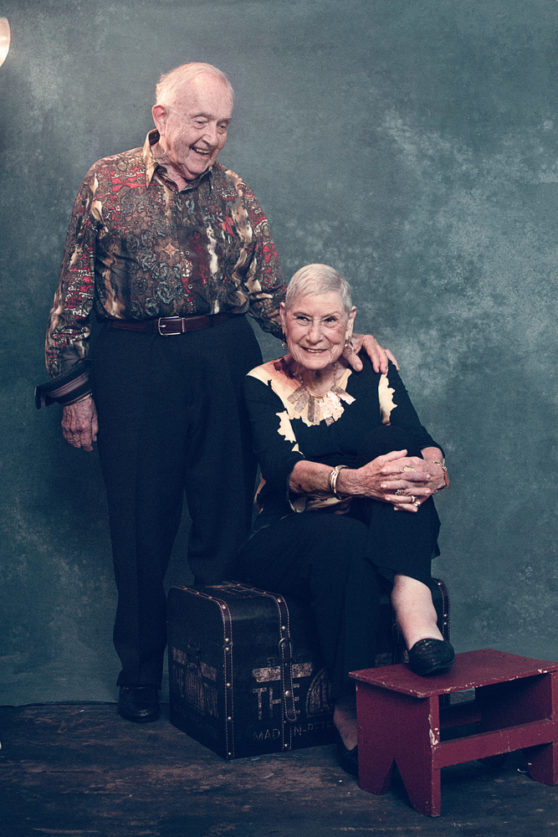 Immediately charmed, Dreyfus asked the couple if they would like to participate in a photo shoot; the duo was quick to say yes. So Dreyfus constructed a makeshift studio in his home, warming Lenny and Elaine up to the camera by asking them about their favorite song. He played the song as the three of them sung, danced, and generally loosened up.

When they felt they were ready, Dreyfus placed Lenny and Elaine in front of the camera. He talked to them about their relationship and began shooting. In the images, it’s clear Lenny and Elaine are just as lively and in love as they were when they were in their twenties. 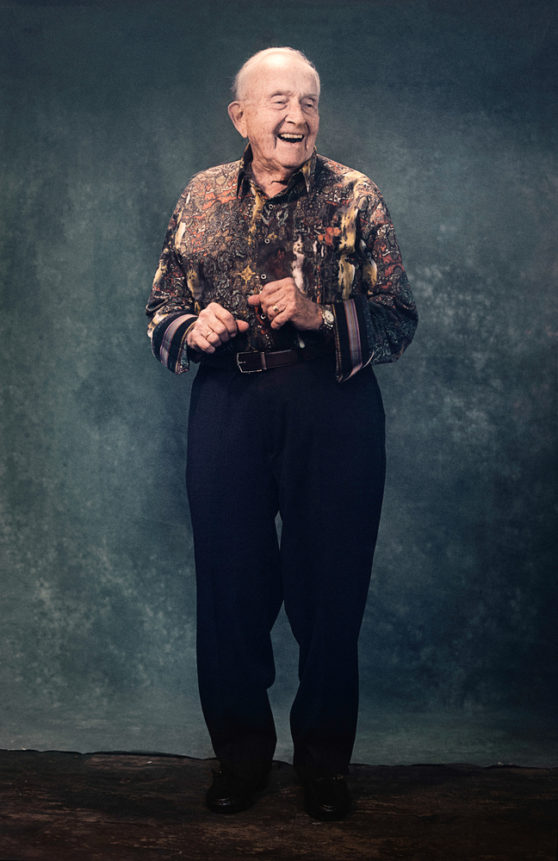 The story, to a young person, may hardly seem believable.  As a millennial, I think that I can speak for a lot of us when I say we’re not ready to get married at twenty, let alone be with someone for the next seventy years. (I don’t think any of us would want to spend seventy hours with our Tinder dates.) But these images of Lenny and Elaine, where their faces light up just looking at each other, reinforce that old hope for love that we grew up believing in.

In an article on fstoppers, the photographer described his process in capturing these images of Lenny and Elaine. He wanted the pictures to be as natural as possible. He boomed a Rovelight Flashlight 300 against a white wall and put it on full power. He used a light blue backdrop, much like the ones that you would find in a school photograph. He wanted a simple background so that the viewer would focus on the lovely couple. 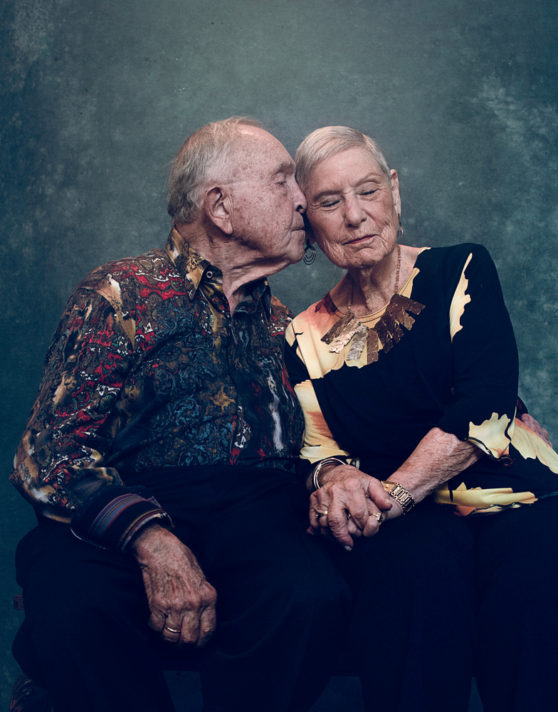 Dreyfus put a five-percent grain layer on top of the images during his post-production process. He hoped that this would enhance the strength of the images, as well as highlight the texture of his subjects’ skin. Dreyfus refrained from editing the photos too much, however. He wanted to capture the purity of Lenny and Elaine’s relationship, and he did so when he let them talk, dance, and hold each other in front of the camera.

The photos don’t tell us how Lenny and Elaine met, or why they fell for each other, or when they’ve argued. But it’s an adorable series of images that shows two people who are happy to be with one another. They make it seem a little more likely that true love exists.

All photos by Eli Dreyfus