What A Suprise! There is Backlash Against The Hottest New App

I know, I know, another post about Vero. It’s not our fault. The app, in the span of a week, went from 150,000 downloads to nearly 3 million. So of course, this is a hot topic and we aren’t going to watch it pass us by. Jesus, quit judging us.

If you don’t know what Vero is, check this out: 6 Things to Know About Vero, The App Everyone And Their Mother is Talking About.

The inevitable backlash that seems to accompany basically everything in our society these days (past, present, and future) has found its way to Vero.

Is now a thing. For those who can’t read modern, that’s “hashtag delete Vero” and it means that you should delete the app on your phone. Get with the program.

Anyway, since I’m gossip at heart, I am going to list all the things that said backlash is about:

Ayman Hariri, the co-founder of the app, is the billionaire son of former Lebanese Prime Minister Rafic Hariri, who was assassinated in 2005. That part is interesting. The controversy revolves around Hariri’s time as CEO of the construction company Saudi Oger, which shut down in 2017 because of mismanagement.  The company was $3.5 billion in debt when they shut down in 2017, leaving thousands of workers unpaid. In 2016, the company abandoned migrant construction workers at desert camps, leaving them without pay, food, or water.

Vero did release a statement to address this issue, saying that Hariri hadn’t been involved with the company since 2013, providing a basic timeline to back up this point.

But at this point, is it going to help anything? 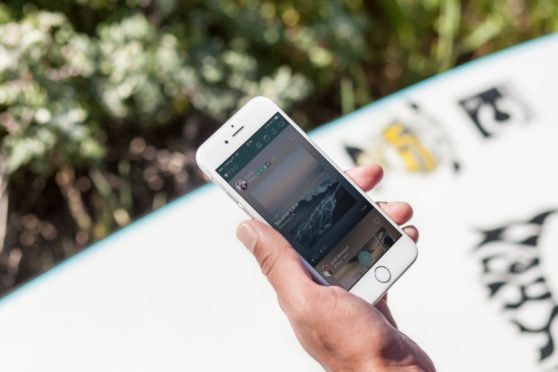 Ironic that he has a picture of water on the phone

Users are concerned over the company’s terms of service which seem to grant Vero the ability to use, reproduce and modify your content. Though Vero has addressed this issue via Twitter and a spokesperson, the terms of service have left user confused.

The company doesn’t seem to be prepared for the recent surge in users—technical issues have plagued it. The consensus is that a considerable amount of the time it’s not even usable and when it is working, it’s buggy.

Deleting your account has proved troublesome for users—a quick search through google reveals numerous articles on the process. It seems the option is purposefully difficult to find. Additionally, once you do find and click the option, you have to wait for the company to confirm your request. Weird. 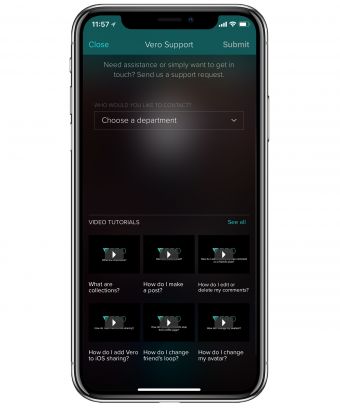 Bonus Problems That Aren’t Quite A Problem Yet But Any Moment Might Be:

The divisiveness of our society seems to manifest itself in basically all aspects of life, so why wouldn’t a social media app be any different? Remember the good old days of naivety? When Tom from Myspace was just a guy on the computer with a white shirt and a great smile.  Nowadays, someone would probably be angry at his posture in that photo.

We’ll see where Vero lands in a few weeks.