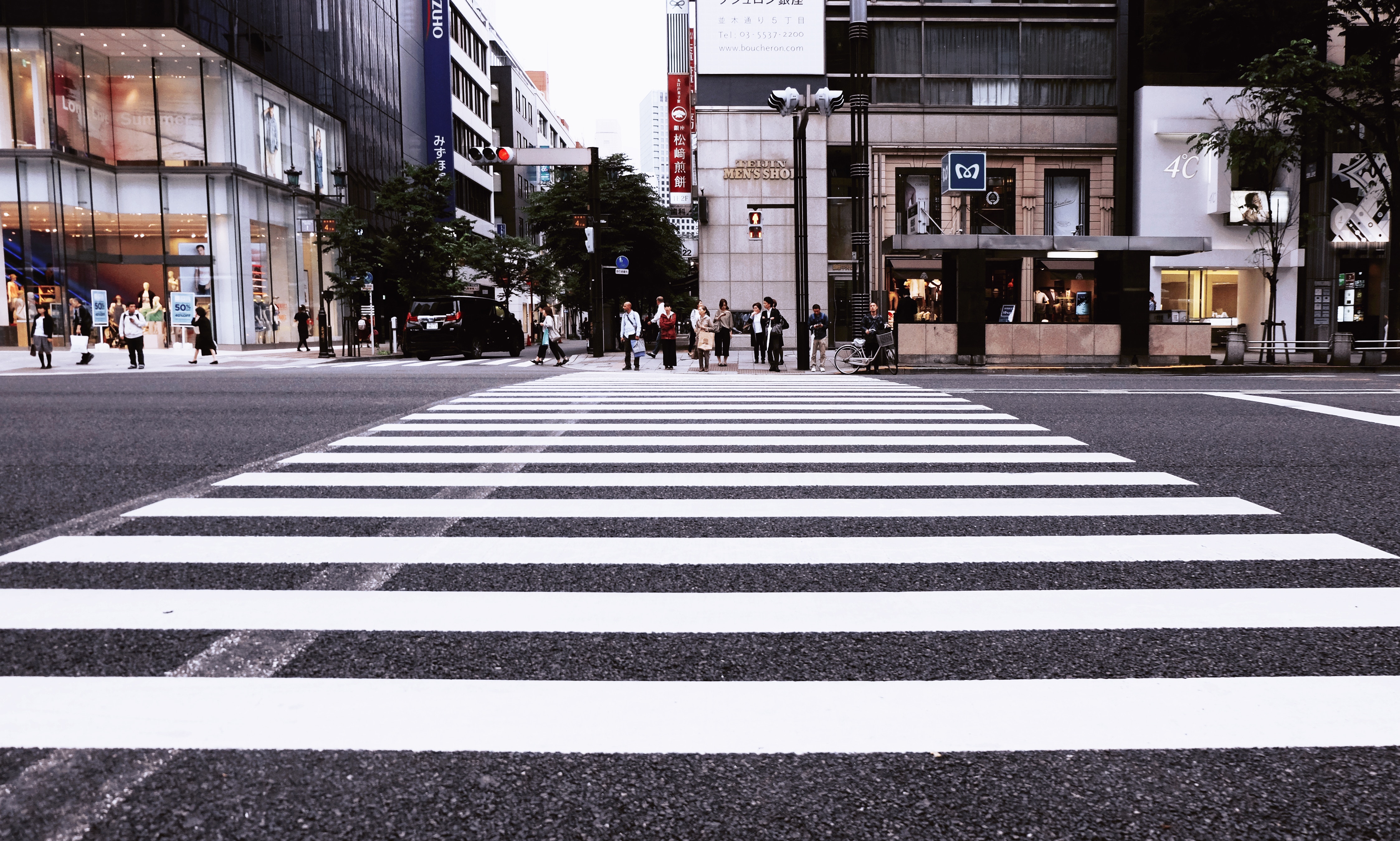 11 Ways To Improve Your Urban Photography

If you’ve found yourself in the city, then you’re probably there because you know that it’s a place that breeds inspiration and creativity.  Despite this, it’s easy to become discouraged in this fast-paced, crowded environment. It’s hard to know where the best places are to photograph—and even if you get there, how do you capture an image that you haven’t seen before?

If you are having difficulty with urban photography, here are some key tips for navigating the city environment with your camera. 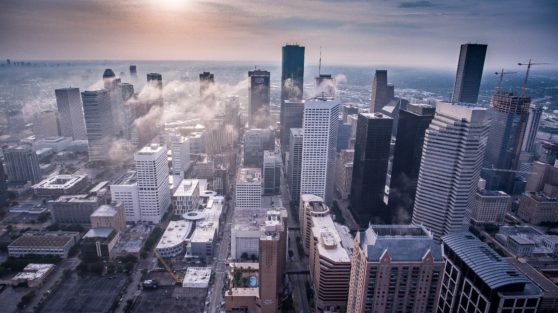 Before you go out to do your shoot, make sure that you do your research.  While the city offers plenty of high-rises from which you can capture beautiful images of the skyline, it is unlikely that many of those skyscrapers will allow you access onto the premises. A quick Google search will let you know which buildings will let you onto their rooftop. Plus, this search can help you to discover new neighborhoods around the city.

No one wants to wake up early, but the sunrise is one of the only times of the day where the streets are uncrowded, the car horns are quiet, and the skies are orange and pink. You’re bound to get a beautiful shot of the city, and it will leave you feeling serene for the rest of the day.

The speed of the city works dually as part of its appeal and part of its menace.  People love to be swept up by the crowd, but the constant rush is distracting, and will definitely get in the way of your photo shoots. If you want to take pictures that aren’t blurred by movement, slow down your shutter speed. 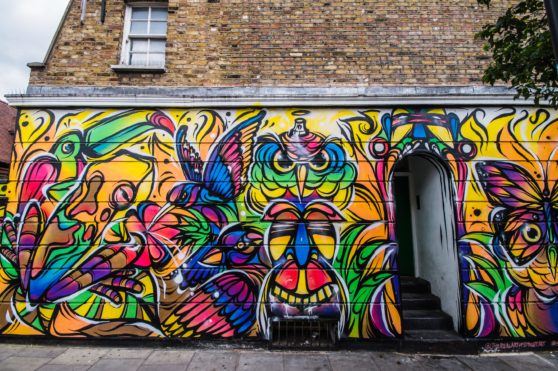 4. Pay Attention to the Details

Just because you’re taking pictures of the city doesn’t mean your portfolio has to be filled with grandiose skyscrapers and important landmarks. In fact, the best images are the ones that capture the natural landscape and culture of the city. A wall of graffiti, a steaming subway grate, or even a half-eaten hot-dog are all interesting images that will speak louder than the millionth picture of a building.

5. Get up Early—Avoid the Rush

Again, I understand if you hate me for telling you to set your alarm for five o’clock in the morning, but just remember me when you’re able to do a shoot uninterrupted by tourists and busses getting in your way. The early hours are when the city is the most accessible—especially if you want to do shoots in the tourist-y spots. 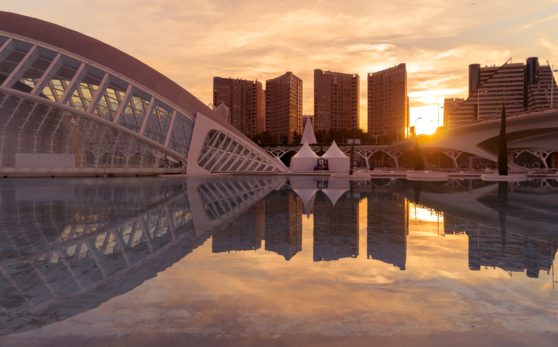 Cityscapes are abound with reflective surfaces- from office windows, to modern buildings built with glass, to the rivers and oceans that wind their way in and around the urban environment.  You can use these reflections to exercise your creativity, and capture the city in new, interesting angles.

7. Monochrome is Your Friend

There’s a reason that all black-and-white movies were filmed in cities.  Beyond the obvious notion that cities are more exciting and glamorous, they simply look good in a negative color gradient.  Shooting in black and white will highlight the architectural designs of the buildings. 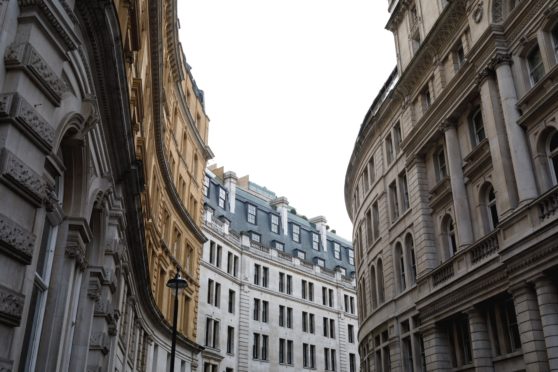 Some people are attracted to cities like Paris and London because of their older structures- the churches and homes that have withstood the tests of time.  Others are attracted to the modern-structures that promise a clean, bright, sleek future. Every city is filled with both the old and the new. Your job is to figure out which architecture styles you are most attracted to, and bring the camera there.

9. Bring out the Telephoto Lens

Everybody has seen pictures of city skylines and tall buildings, but you will really have an impact on your audience when you take them into the nitty-gritty details of the city. The telephoto lens will help you to focus on the smaller parts of the city. 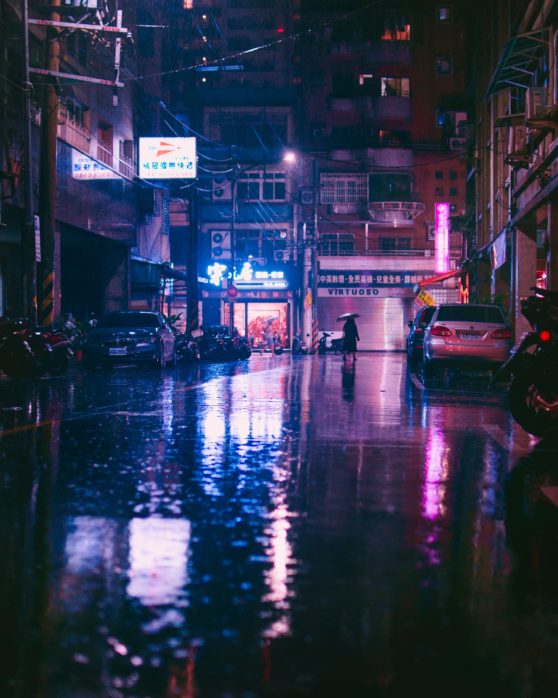 If there’s a part of the city that you used to love but have since gotten tired of, re-visit it. Walk around and try to remember why you fell in love with it in the first place. Visit places that are ravaged by tourists and try to see them from angles that you haven’t seen before.

11. People are Your Best Muse

The best part about urban photography is that you are surrounded by people. Yes, they can be a nuisance sometimes if they’re getting in the way of your photo… but they are the most dynamic aspect of the city.  If you want images that truly capture the essence of the city, spend a day photographing the people that you meet.