Ah yes, the damn Instagram algorithm that we hear so much about.

To summarize: The posts you see were once placed chronically on your feed—now they aren’t. It’s a point of contention for its users—mostly creators trying to get their name out there. The rest of us just kind of accept it the way we mindless accept the information the app itself is already feeding us. We are like, “oh man, that’s kind of annoying,” but then we see a picture of a brunch and forget that we are annoyed and then just want brunch.

A few months back social media collectively held its breath when a Twitter user trolled everyone into believing that the chronicle feed was coming back. That was kind of mean, man. We were kind of pissed, but then we got over it after seeing a picture of brunch. 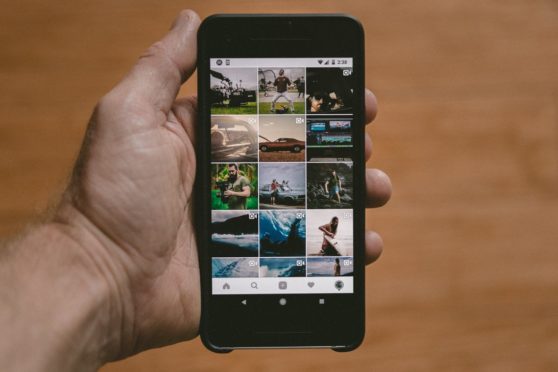 Wait—If you can’t beat them, join them! That’s what I meant.

Here are a few ways to keep up with Instagram’s algorithm:

Firstly, no one except Instagram knows exactly how the algorithm works. So nothing is going to be exactly straightforward. That being said, Instagram has revealed some key determinants of the order:

So those are some of the factors coming into play. But what can you do about it?

Well, you can kind of figure that out by the list I just wrote. But for those who don’t want to think about it too much, here are a few ways to not get submerged and potentially drowned by the system:

Post Quality, Not Quantity, But Also A Decent About Of Quantity

People want consistency in quality from the profiles they follow—only post the good shit. There are just too many profiles to have to keep following someone who isn’t at the top of their game. But you also have to post a decent amount so you aren’t forgotten by both your followers and the algorithm. I don’t need to explain that!

Oh, and scheduling apps that, when you actually find the right time, will post the app for you and a the specific time. According to Adweek, at least one hashtag will get you an average of 12.6 percent engagement. There is a reason those influencer post like 18 thousand hashtags on one post. Yeah, that Jimmy Fallon & Justin Timberlake skit is silly, but they were on to something.

Put A Call To Action In Your Caption

That’s it! That wasn’t go bad. Now go out there and stick it to the computer! We can’t won’t let them beat us that easily!

Just Do It by George Pagan III