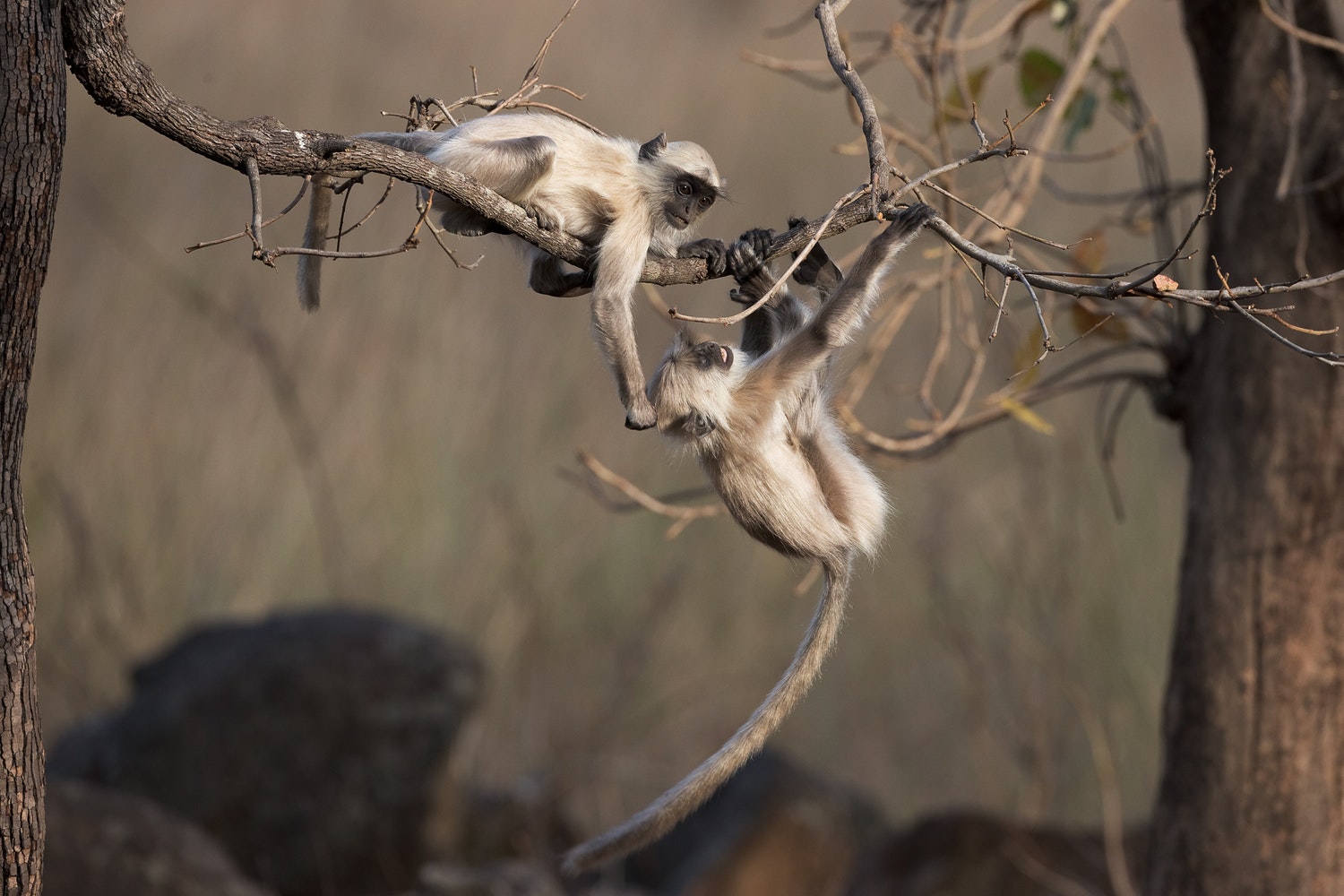 It should be a fun and cute story, but oh no, the photo has caused nothing but a headache for the photographer.

In 2015, PETA (People for the Ethical Treatment of Animals), filed suit against Slater, seeking financial control of the photographs on behalf of Naruto. They were able to do this through a rule called “next friend,” which, according to Wikipedia is when “a person who represents another person who is under disability or otherwise unable to maintain a suit on his or her own behalf and who does not have a legal guardian”.

PETA argued that, due to the animal’s intelligence, they should be capable of holding legal ownership of intellectual property. 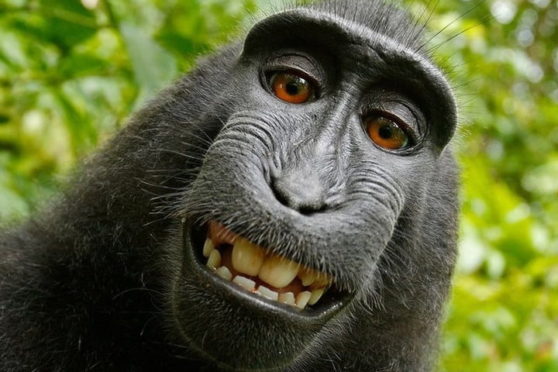 In 2016, a federal judge ruled that the monkey cannot own copyright, but still Slater agreed to donate 25% of his futures profits from the photos (there were more than one) to charities dedicated to protecting Naruto’s species in Indonesia. The Ninth Circuit Court of Appeals denied the motion, wanting a legal precedent to be set to guide future cases.

On Monday, the case has finally come to a close (for now). A three-judge panel unanimously upheld the lower court ruling: the copyright belongs to humans, not animals. In other words, the photo doesn’t belong to Naruto. 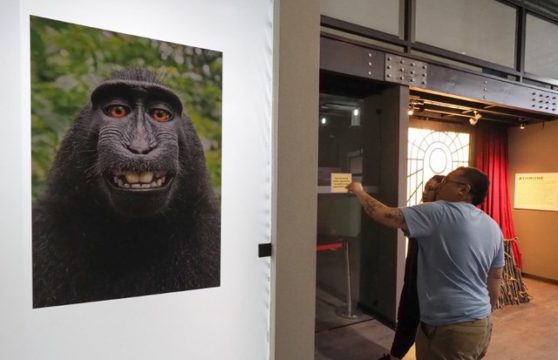 The “monkey selfie” is displayed at the Museum of Selfies, in Glendale, California. Photo by Robyn Beck.

In addition to ruling in Slater’s favor, the court also criticized PETA, who had been willing to drop the case despite presenting itself as the monkey’s “next friend”:

“Puzzlingly, while representing to the world that ‘animals are not ours to eat, wear, experiment on, use for entertainment, or abuse in any way,'” the three-judge court said, “PETA seems to employ Naruto as an unwitting pawn in its ideological goals.”

The ruling will not effect Slater’s 25% contribution.

Slater also had a separate dispute with Wikimedia Foundation. In 2011, Slater spotted his photo on Wikimedia Commons—they were using the image in the public domain. The company refused to take it down, pointing to the fact that an animal took the photo and the animal isn’t a human so there was no human author who could claim the copyright. In 2014 the United States Copyright Office ruled that the picture can’t be copyrighted.