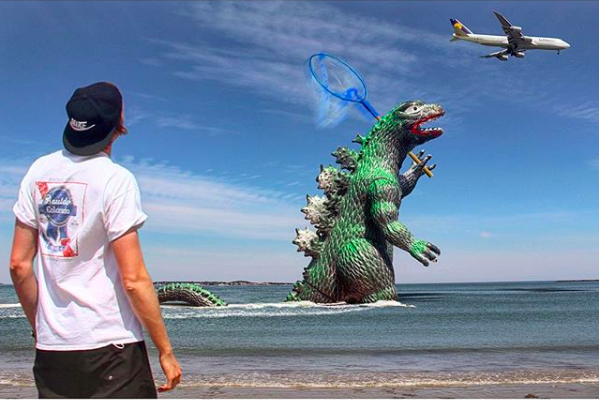 Godzilla’s Travels: A Filmmaker’s Journey With His Monstrous Friend

There’s nothing quite like a good travel buddy. We all have those travel friends who make us want to rip our hair out. But every once in a while, you’ll come across a companion who is down for anything, from visiting art galleries to scaling the walls of massive skyscrapers.

One filmmaker, Kieran Murray, has found such a companion.  He’s got a smile that you could never miss, a strong build, and a line of green scales that go up and down his back. His name? Ryan Godzilla. 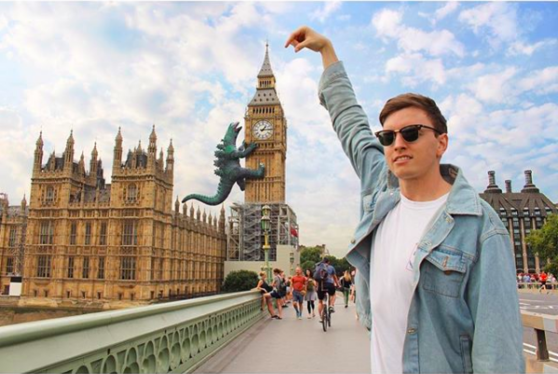 Murray met Godzilla while traveling alone in Chicago.  After buying him for eight dollars (Godzilla was held in captivity in a toy store- probably, because of his brute strength). Murray introduced Godzilla to the traveling lifestyle.

At first, Godzilla took the spotlight in all of Murray’s photographs, posing by himself in front of iconic landmarks. Murray soon realized, however, that these photos simply didn’t capture Godzilla’s personality. So, he decided to step it up a notch. 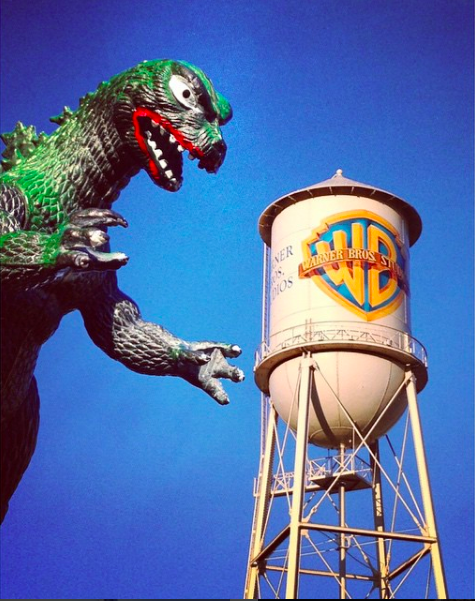 In order to make his friend look more bad-ass, Murray taught himself photoshop. Soon, Godzilla was no longer just standing and grinning for the picture (#basic), but climbing up buildings, running through the streets, and waving at the camera. 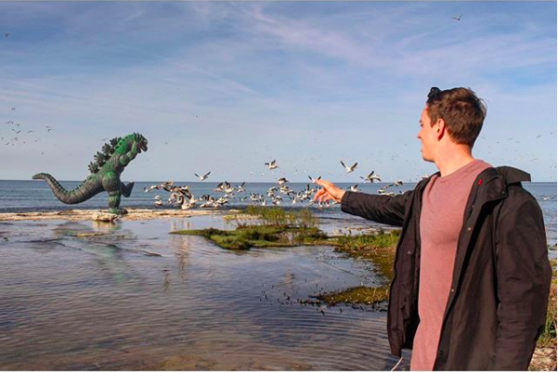 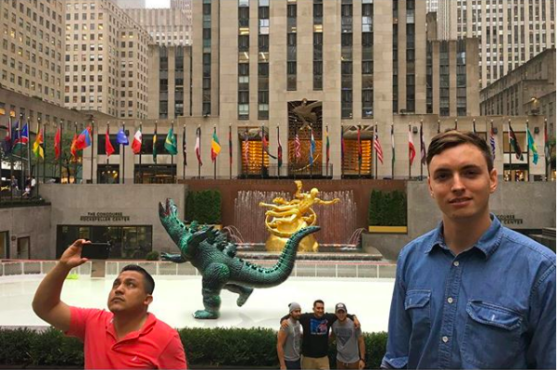 In person, Godzilla is actually only eight inches tall.  But with the help of photoshop, Godzilla is anywhere from human-sized to absolutely gianormous.

Murray and Godzilla share their adventures on Instagram, under the handle @ryangodzilling. Each image takes about five hours to edit, but the results are totally worth it.

They’ve gone to museums, went ice skating, and even chased birds on the beach together.

As they’ve gotten closer, their boundaries have begun to disappear.  Murray’s caught photos of an embarrassed Godzilla in the shower, and he once even third-wheeled on Godzilla’s date. 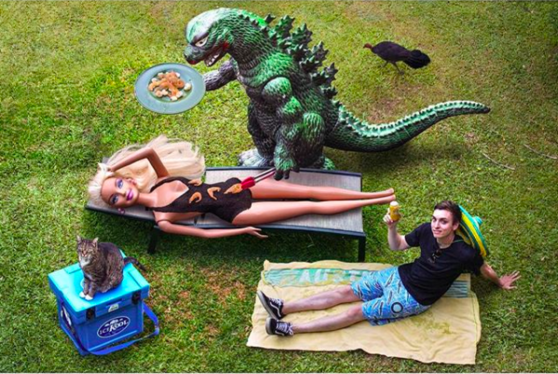 In most of the photos, Godzilla is quite endearing. But, Murray admits that his friend does have a bit of a temper. Every once in a while, Godzilla gets them both in trouble when he decides to start stomping on buildings, or throwing school busses around because he didn’t get his way. 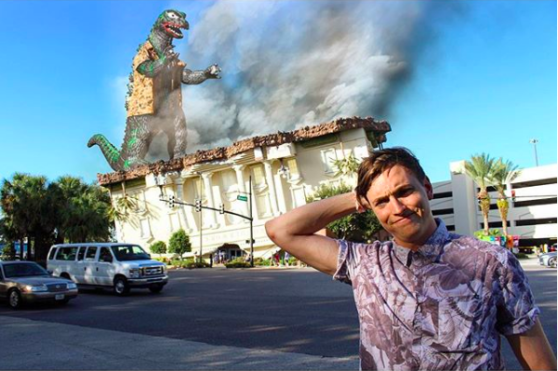 Despite his violent antics, Godzilla is more for peace than war.  He’s demonstrated his passionate wish for peace through his anti-gun signs and participation in Pride marches in NYC.  So when he’s not throwing a tantrum (and a building), Godzilla is actually a pretty decent guy. 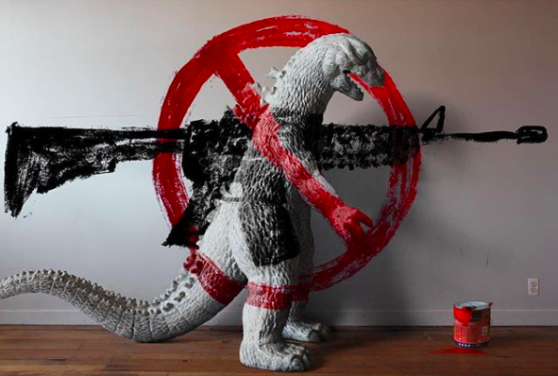 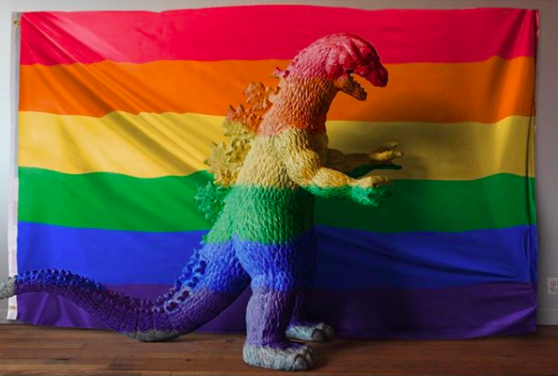 According to their Instagram bio, Ryan Godzilla’s dream is to meet his hero and namesake, Ryan Gosling. We can only hope that things will work out for the guy, and his monstrous temper won’t get in the way.