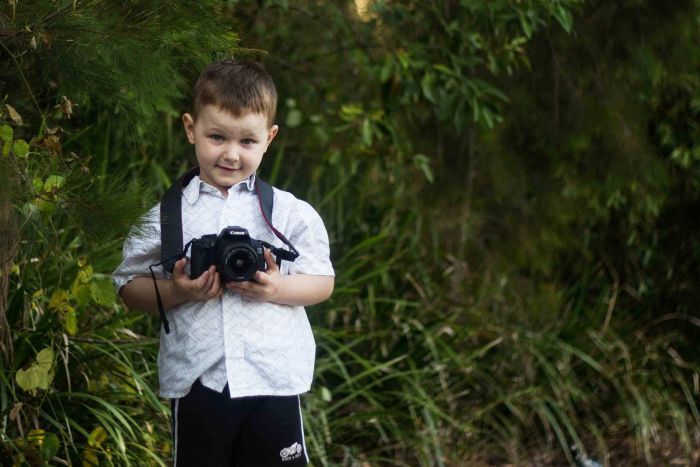 Meet Max, the 4 Year Old With Autism Using Photography To Navigate His World

Max Pritchard of Brisbane, Australia, had been diagnosed at the age of three with autism. Already experiencing difficulties with speech, anxiety, and social interactions, the diagnosis made sense to his mom Danielle.

What was a bit more surprising was one of the ways in which Max would learn to cope with this his condition: a camera.

Max with his camera, via abc.net.au

After being given a Canon DSLR by his mother, Max began to walk with “an air of confidence.” The device, it seems, has given him a sense of purpose, even going so far as to develop his own distinct taste within a matter of months.

“He’s quite particular,” Ms. Pritchard says, admitting that many of her suggestions to the young boy go unheeded.

Max’s story, along with his burgeoning Instagram account, maxieeephotography, were first published in a local ABC New story on Friday. At the time it mentioned his account had a “small but respectful following” of 60 users—it’s now at over 600.

‘I Approached Him Myself’

In addition to allowing Max to communicate the ways in which “people with autism view the world differently,” the camera also provides a great jumping off point for conversations with strangers. For a child of any sort learning to deal with the world, this is excellent practice.

One image, for example, of a 30-something man, has the caption: “This guy let me take his photo. I approached him myself and he was so happy to help me.” And who could refuse a cute tyke wielding a camera larger than their head, anyways?

This guy let me take his photo. I approached him myself and he was so happy to help me. °°° #youngphotographer #autism #autismawareness #photography #creative #connections #abstractphotography #animalphotography #kindnessrocks #community #dontdismyability

While the mother and son pair admit to “weed[ing] through a number of blurry photos” before they can find one to post on social media, Max is improving on a daily basis. Not only in his technical proficiency with the camera, but with his social skills as well.

According to Autism Awareness CEO Nicole Rogerson, having a child “engaged in active learning” at a young age is a crucial step in their development. With Max, the opportunity to train at one specific skill set has clearly improved his confidence engaging in other realms, too.

For those of us who don’t dare travel without a camera on our neck, this part of Max’s story rings especially true. The camera, Ms. Rogerson attests, has become “a tool to help [Max] navigate the world around him.”

Sharing the photos I've taken is my favourite thing to do. #youngphotographer #photography #autismphotography