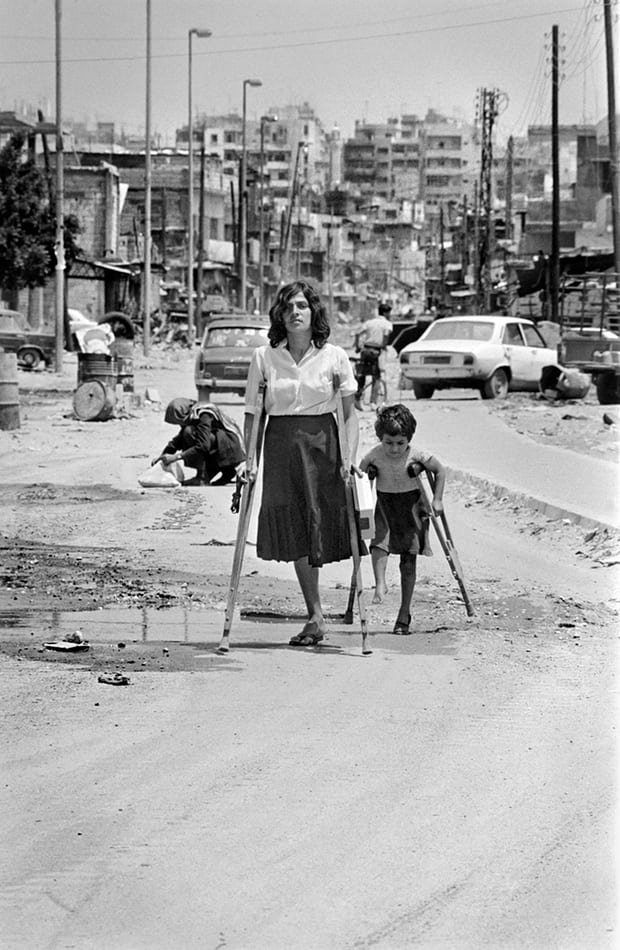 33 years ago—during a ceasefire between Palestinian factions and the Shia militia group Amal—a one-legged women, Samar Baltaji, walked through the war-torn streets of Beirut on crutches.  Her injured daughter, also supported by crutches, walked closely behind her. It was June 1985, in the midst of the Lebanese Civil War.

A young photographer was on assignment covering war near the Sabra Shatila Palestinian refugee camp. The two happened to cross paths and when they did, the mother stared directly into Maher Attar’s camera as he took a photo.

The photo would make the front of the New York Times and later become one of the defining images of the war. 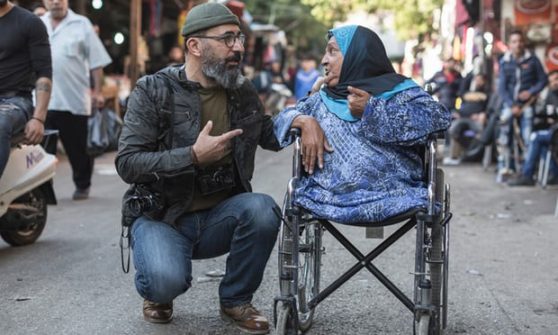 Photograph: Sam Tarling for the Guardian

Last week, in the Verdun district of Beirut, Samar and Mahermet were reunited. Samar, having lost her second leg to bone disease 12 years prior, was now a double amputee and confined to a wheelchair. She was on the street begging. Maher was on the was on his way to the gym when he saw her.

The photo launched what would become a decorated photography career for Maher’s. Life for Samar, on the other hand, hadn’t been so kind. Having to support four children, she was forced to take to the streets and beg for money. Over the years, numerous tragedies befell her: the death of her husband, the loss of her only leg to bone disease, and an estrangement from her daughter. Not to mention, through all this, she lived under the very real threat of being attacked by another rocket—like the one that landed in her living room and took her leg.

Yet, somehow, she has found a way to move forward.

“Sometimes I sit on the balcony and think and I begin to cry.” She told the Guardian, “And then I think I’m lucky to be alive and I go back to being patient.”

Though they did reunite briefly in 2005 for a TV show that displayed icons of war, Maher at the time had been told that Samar was being cared for. He now saw that this wasn’t the case and he said he would do his best to help her out moving forward, declaring it his “personal duty.”

The two of them also revisited the site where the legendary photo had been taken.

Get more details over at The Guardian.

Cover Photo: The photograph by Maher Attar that made the front of the New York Times.