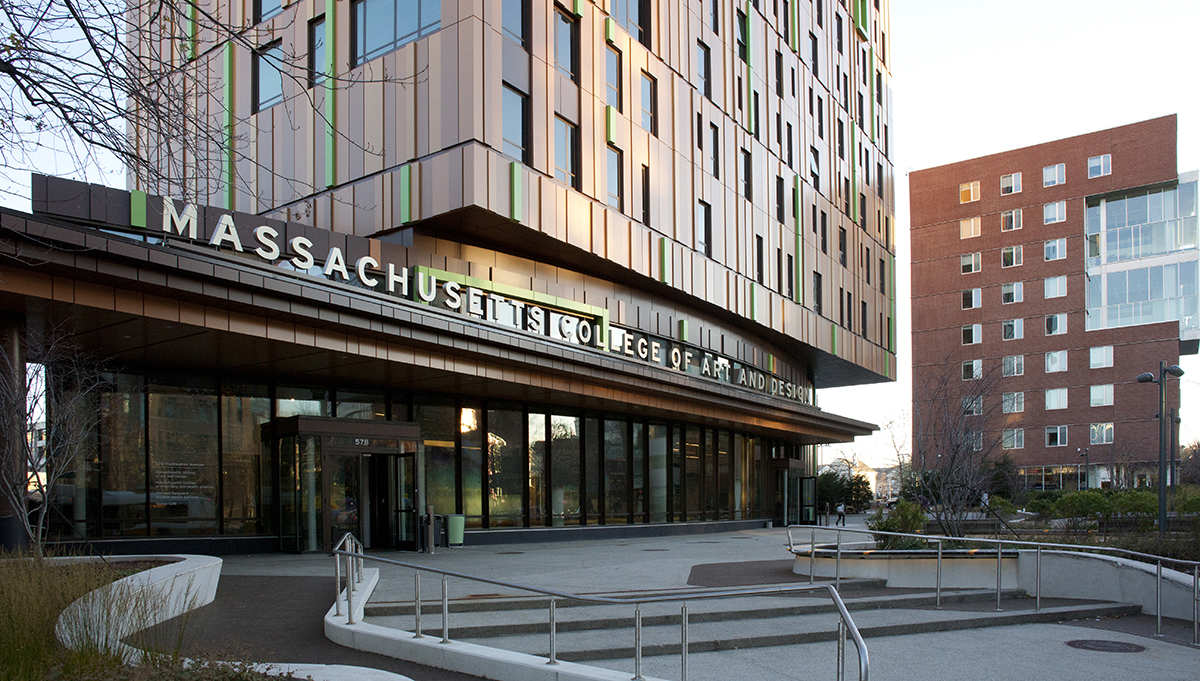 Until recently, photographer Nicholas Nixon was known primarily for his striking black and white portraits—most notably the series “The Brown Sisters” featuring his wife and her sisters posing together every year since 1975. His images have won critical acclaim and have been displayed widely, from the San Francisco Museum of Modern Art to The Smithsonian.

His expertise landed him a job as a professor at the Massachusetts College of Art and Design, a position he relinquished on March 22 in response to a report from The Boston Globe alleging decades of sexual misconduct under his tutelage. The professor—who had been teaching at MassArt for 42 years—has always been known to push boundaries in his art and practice, but interviews with former students suggested he went “far beyond,” and crossed numerous lines as he “suffused his classroom with sexuality.” 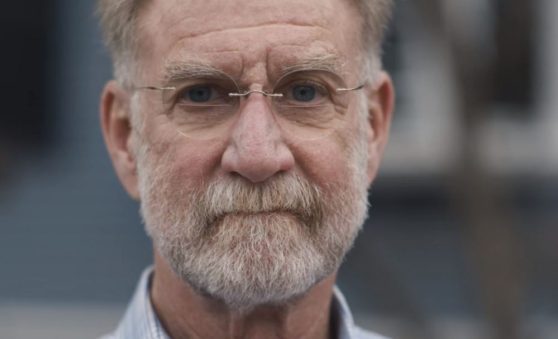 Responses have been mixed, with some former students explaining away Nixon’s behavior as part of a teaching style which is “very open and challenging,” while others declare it’s “very clear that these are things a powerful professor shouldn’t have done to young or vulnerable art students.”

Lorie Novak, a professor of photography ay NYU, was “astounded” by reports of Nixon’s in-class behavior, saying firmly that “ask[ing] undergraduate students in your class to pose nude for you is unacceptable.”

Meanwhile, Nixon and his lawyer have been on the defensive, with Nixon offering a “profound apology,” and saying he should have “censored myself more.” His lawyer, Bruce Singal, added that the incidents in question were “strictly consensual” and that MassArt had been “very proud” to have Nixon as part of their school.

Besides costing Nixon his job, the accusations have reportedly derailed his latest exhibit at the Institute of Contemporary Art in Boston (ICA), while inciting infighting among the curators there.

The museum had been displaying “Nicholas Nixon: Persistence of Vision” since December of 2017, and the show scheduled to run until April 22, 2018. 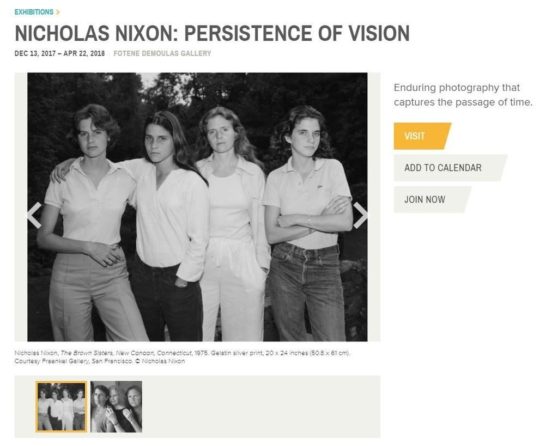 In response to the Globe’s article, co-curator Eva Respini released the following statement:

It seems the maker of these pictures is a yet another man who has abused his position of power. I condemn this kind of behavior and am angered by it. Can I still love the pictures? With these allegations, I am faced with some difficult questions. Does the work of an artist accused of questionable behavior need to be revisited or re-contextualized? Can we separate creative output from personal conduct? How do artists’ actions and views inform their work and shape our cultural narrative?

She ultimately concluded to leave the work, citing museum’s roles as “safe spaces for open dialogue.”

The move apparently angered many ICA employees, with one anonymously writing:

Once again, when presented with an opportunity to make a controversial but morally guided decision, the ICA chose to protect the problematic artist and its own pockets. By keeping this exhibition on view and by twisting this decision to be about public discourse, the ICA as an institution is silencing the voices of those who have come forward to name Nicholas Nixon as an abuser.

Two days ago, the issue was mercifully ended when Nixon himself asked the museum to take his work down “as soon as possible.” After learning that the ICA planned to implement signage and an online forum testifying to Nixon’s checkered past, the artist declared that “it is impossible for these photographs to be viewed on their own merits any longer.”