The Meeting That Gave Creators Everywhere The Tingles

When Jack Conte, CEO of Patreon—the subscription site on which creators have made over $150M—wanted to meet with Casey Neistat about the latter’s new project, 368, he did what he does best: made a video.

One million views later, Conte was inside Neistat’s studio in New York, discussing a future together.

Conte has always created, and his videos receive acclaim. But before Patreon, despite clearly being valued by his community for his work, didn’t know how to earn an income from it.

So Conte, along with Sam Yam, founded Patreon as a platform on which creatives could turn appreciation into tangible value, allowing fans to pay their artists monthly to keep on producing.

When Conte saw that Neistat had purchased the comically large space at 368 Broadway,  planning to use it as a space for creatives collaborations, he figured that by combining—Conte with his business model, Neistat with his space and vision, and both boundlessly motivated—they could achieve “what no f****ing music label could”:  actually help creators grow and find an audience.

Meeting with Casey is a tough thing to accomplish as he keeps his schedule largely free from obligation. But Conte’s video caught the filmmakers attention immediately, sending out this tweet in response:

i have often said that if you want to get someone's attention you need to be creative. very very few people know what that means – the uninventive send emails or tweets. @jackconte knows how to peak a man's interest. I WILL SEE YOU THURSDAY SIR!!!! https://t.co/zVzf8q3mSw

The two met over the weekend, and Casey obviously made a video of it. We get treated to a snippet of Conte’s plan—mostly it’s just the dramatic preamble—and the camera is turned off when they get to brass tax.

An hour of pacing later, an understanding has been reached. Casey notes it’s not a “deal,” but a pairing of some sort appears likely. Neistat at one point praises Conte’s “practical” method of empowering creators. 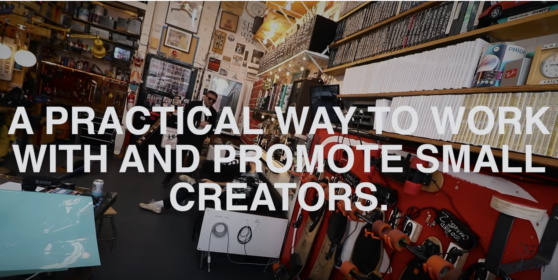 Check out Patreon if you haven’t already.