This Week in Creepy Trends: The Story Behind Post-Mortem Photography

If you’ve wandered through Tumblr in the past five years, you’ve probably come across those creepy images of the Victorian era. You know the ones: everyone is standing deathly still, their mouths formed in strained grimaces, their eyes bleak and dead looking.

Along with some these images, you probably came across a short explanation as to why the figures appear so lifeless. You were probably told that the images are relics of a trend that swept Victorian England and the Americas when cameras first landed in the public’s hand—post-mortem photography. 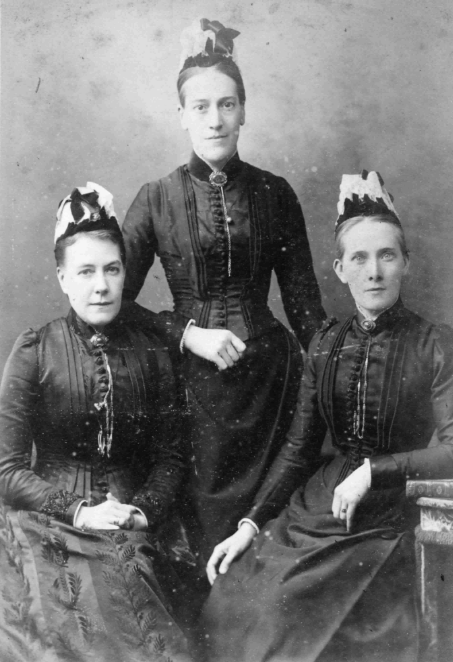 Post-mortem photography is a practice in which photographs are taken of dead family members before they get lowered into the ground. Supposedly it was all the rage because back then people died so young and so easily.

It’s a disturbing idea. No one in the modern world wants to deal with death, let alone stand next to it for a picture. Yet there is something fascinating about a culture that celebrates the end of life this way. It almost makes sense that the public’s reaction when presented with the camera would be to use it to remember their loved ones before they placed them in the grave.

The point is, even if we can’t understand the notion behind it, it’s easy to believe that the practice existed. The culture of the Victorian is so foreign to us that most people don’t even question if the eerie trend was real.

Recently, however, numerous people have begun claiming that the lifeless bodies in these images aren’t dead—they’re just stiff. Legend says that the subjects in the photographs must be dead, because we can see stands holding them up. However, some folks did their research and found that the stands were actually used to keep the subjects still. Back then, with an exposure time as long as a minute and a half, it could be hard to remain in place without them.

In addition to the long exposures, cameras in the late 1800s were still dealing with kinks here and there that our own technology has long since dispelled.  One of these affected color—the chemical processes used at the time were prone to make green eyes look white and bodies look discolored. The eerie eyes and detached limbs that have been spotted in many of the photos and cited as evidence of their gloomy backstories could have simply been errors in the development process.

To put a nail in the coffin (so to speak), Victorian photography expert, Mike Zohn, has pointed out that a dead body would be way too heavy for a posing stand, anyway.  And if one were to look at historical records of the posing stand, they would see that, “not a single bit of it mentions anything about dead people.”

Despite all of these facts brought on by the they’re-not-dead side of the argument, the internet is still filled with true believers of the post-mortem photography craze. They simply can not get over the idea that those grimaces belong to living people.

So, like much else, the internet remains in dissent over the topic.  Was post-mortem photography a real trend?  Or was it just an idea invented by a bunch of overzealous internet users?  The world may never know.