It turns out your first friend on MySpace is not just a one-trick-pony.

After retiring as a multi-millionaire, Tom Anderson, one of the founders of MySpace, became a photographer, traveling the globe. When you see his Instagram page you will not only be jealous of his lifestyle, but of his ability to take fairly amazing photos.

Anderson launched his career as the co-founder of MySpace in 2003.  Users knew him as “Tom from MySpace”, as he would automatically become their friend once they became a member of the site.

When MySpace was bought by News Corp in 2005, Anderson became the president of the social networking platform. The young entrepreneur retired from the MySpace universe in 2009, hoping his retirement would give him the opportunity to explore architecture and design—a field he had always found intriguing. 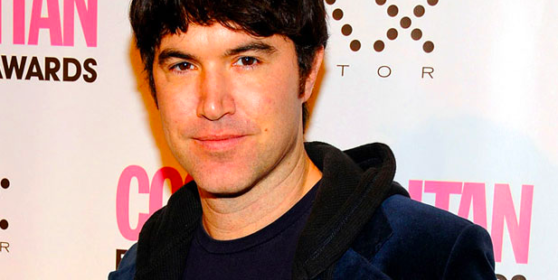 So after leaving MySpace, Anderson successfully designed and built three homes before becoming fascinated with a new hobby:  photography.  He says that he picked up the practice—no surprise here—at Burning Man festival.

While many entrepreneurs might turn a new hobby into a way to make money, Anderson says this was not his intention when he started working with the camera. Retiring at age 39, he vowed to do one thing—relax.

Even as Anderson has become more serious with his photographic work, he refuses to turn his hobby into a money-making endeavor.

“I haven’t wanted to take commissions or sell my photos, or do anything commercial with it—that would just feel like work, which I don’t want to do,” he said.

Instead of making a business of it, Anderson has taken to Instagram to share his work for free. With just over 650k followers, he’s beginning to make a name for himself as more than just “Tom from Myspace”: preferring the nom de guerre @myspacetom– incredible travel photographer.

Hobbies are something that we should be able to do out of free will, not because we have to in order to survive. Anderson’s unique early career has allowed him to do just that—working on his photography without worrying about making a commission from it.

Anderson, it seems, is doing retirement just right. This writer can only hope that—after sixty years have gone by—she’ll have enough money, after paying off student loans, to travel outside of the country. And maybe take a few pictures while she’s at it, too.