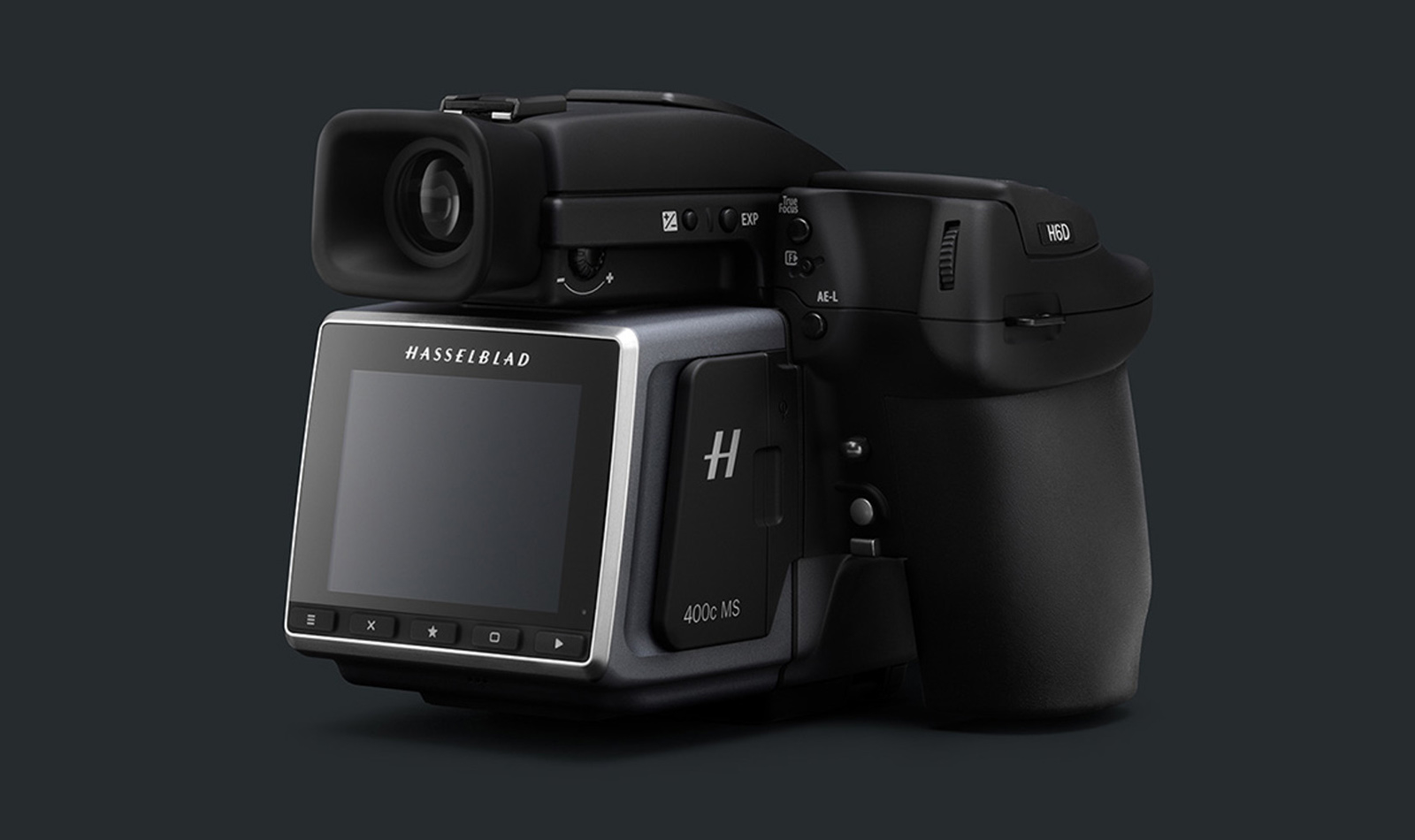 News of the release obviously sparked exclamations of disbelief from all over the tech blogosphere—Engadget called it “insane,” The Verge called it “bonkers,” and PetaPixel went for the more subdued “monster.”

So when I got the opportunity to see it in person, I leapt, heading down to Hasselblad’s offices in NYC to meet with a member of their team, Dan Wang, for a presentation.

I admit I am not well versed in sensors above 100MP. Even that seems like a large figure. But as Dan told me, that’s okay, this camera isn’t for me. Not only is the price more than my writer’s salary could bear—$48,000—but the quality was simply too good. Sure I could take a couple humongous selfies but my pores would look like manholes, and nobody wants that.

So who is the camera for? 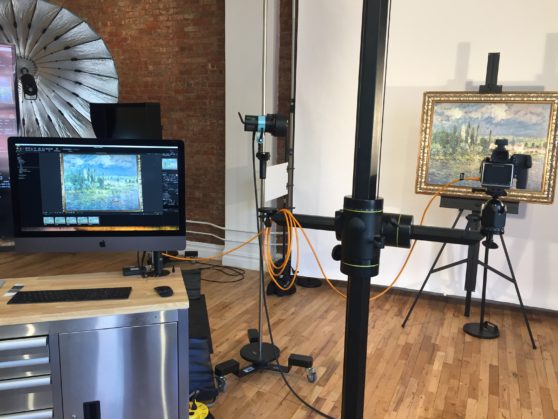 In Hasselblad’s studio, the camera was focused on a replica Monet. Assuming the position of museum curator, I asked Dan to take a picture of it. Afterwards, we analyzed the image on a large monitor, zooming in to reveal the minute paint strokes that could have only been captures on the Hasselblad. It was clear that, for an art history class—in which the smallest details of a painter’s work are dissected—the ability to capture these finer aspects would be a boon to their instruction. 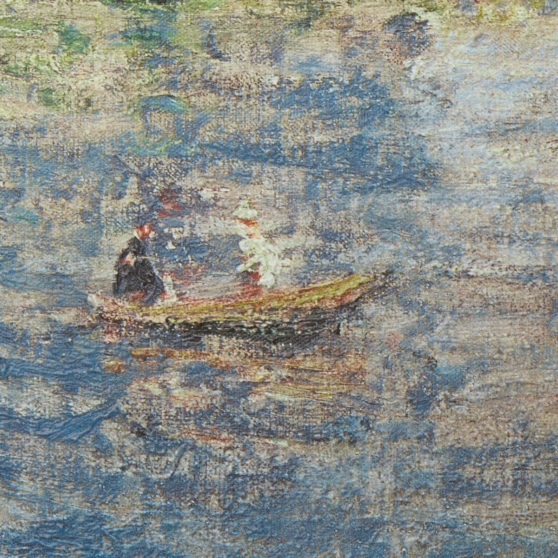 Then we moved on to macro photography.

At first, Dan showed me a zoomed-in image of a butterfly he had taken earlier; I was in disbelief. It didn’t look like a piece of nature, but an intricately designed bead sculpture created by human hands. Zooming out, the image did in fact reveal itself to be a butterfly. Still incredulous, he was forced to show me the original specimen encased in glass. At that point I had no choice but to admit that I was wrong——it was in fact a butterfly.

But who knew butterflies look like that up close? 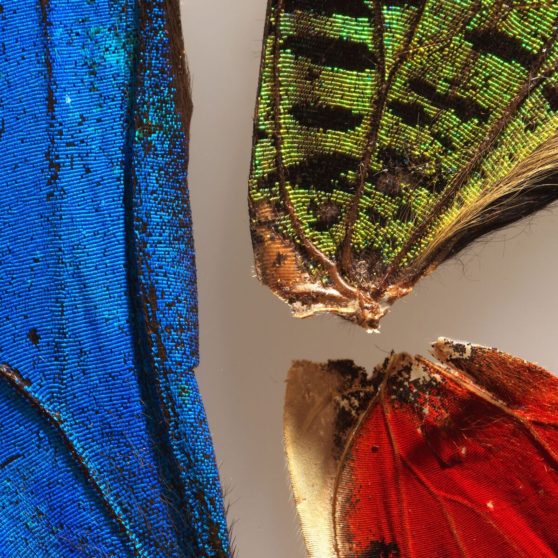 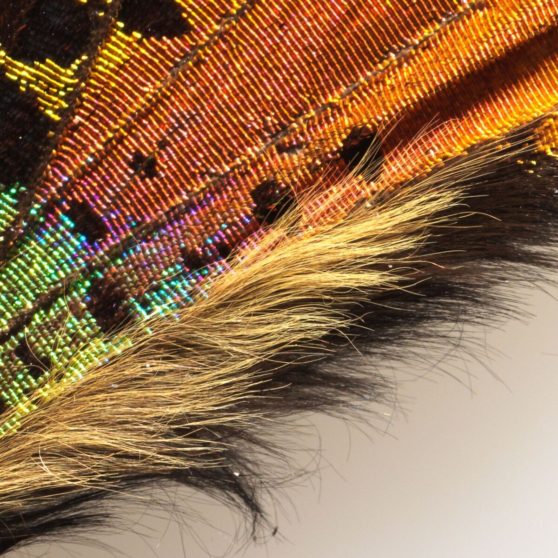 Much like the invention of the microscope, the 400MP multi-shot introduces a world at once familiar and bafflingly foreign. For science instructors hoping to amaze their students with nature’s unseen splendor, the images captured by this Hasselblad will do the trick—I was ready to sign up for a lepidopterology class on the spot.

Of course, a camera is more than just its end consumer experience: there’s a whole lot of innovation going into making that experience possible. Most fascinating about the H6D is its multi-shot method.

In essence, this means that the camera—taking four 100 MP images—captures each and every pixel in all four colors of the GRGB spectrum. Then, it circles back—moving 1/2 a pixel horizontally, and then 1/2 a pixel vertically—to capture all the spaces in between the pixels. This allows the camera to construct an image using almost 0 guesswork—it’s captured all it needs, and has only the melding of colors left. These 6 images result in an effective resolution of 400MP. 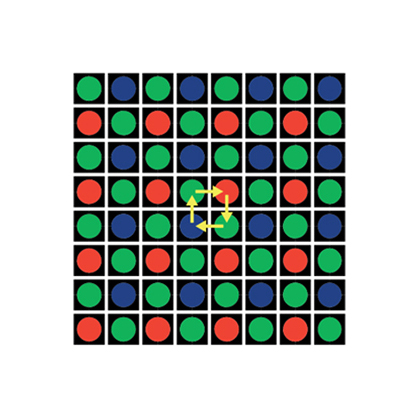 An illustration of the first four shots, which capture each pixel in GRGB 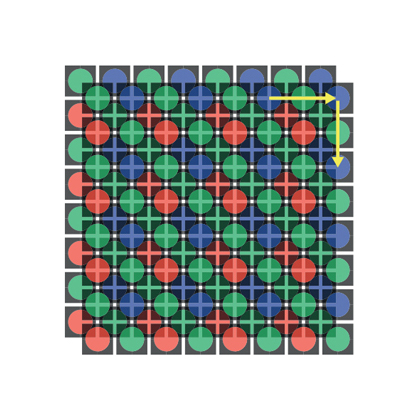 An illustration of the second step, indicating the 1/2 pixel shifts horizontally and vertically

Obviously, this requires that each image be identical, and therein lies the greatest difficult of the H6D. When I arrived, it was strapped into a large stationary contraption; even still, a knock on the floor in between image-making would result in an imaging error. Luckily, the H6D’s software alerts the user when an error occurs, meaning you don’t have to wait until post to find out you f***ed up. Still, it requires an isolated space—a basement perhaps—to work effectively, further delimiting its possible uses.

Before leaving, I asked Dan about possible artistic employments of the H6D. Some artists, it seems, had taken advantage of the camera’s sensitivity to create large, blurred photos evoking nightmarish, yet colorful rorschach tests. While the trend is unlikely to catch on, it’s always nice to see a piece of finely-tuned equipment used incorrectly for aesthetic purposes.

Overall, the H6D is a step forward (excuse the hyperbole here) for mankind. The images it allows are unlike any other documentation method we have. More than preserving paintings, it allows us to preserve paint strokes. Similarly, rather than merely documenting insects, it documents the most unexpected intricacies of their frame.

While I’ll almost certainly never be able to purchase an H6D for myself, I sure hope our cultural institutions do. Even in a time of deep budget cuts, the H6D’s value speaks for itself in the wonder that it evokes in a viewer’s widened eyes.

You didn’t think I was going to leave you without the specs on this baby, did you? 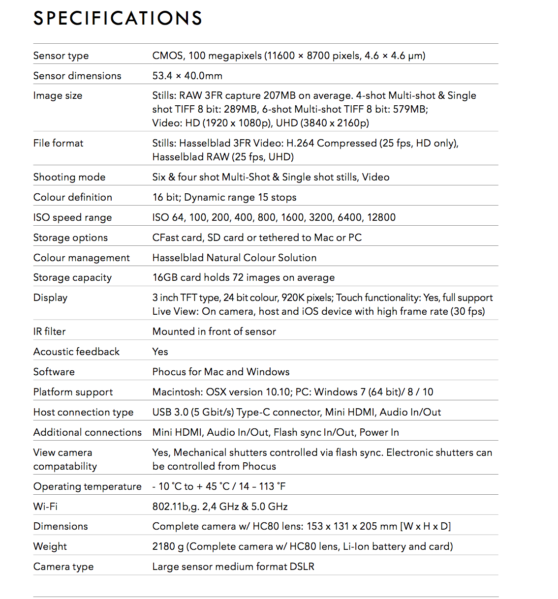 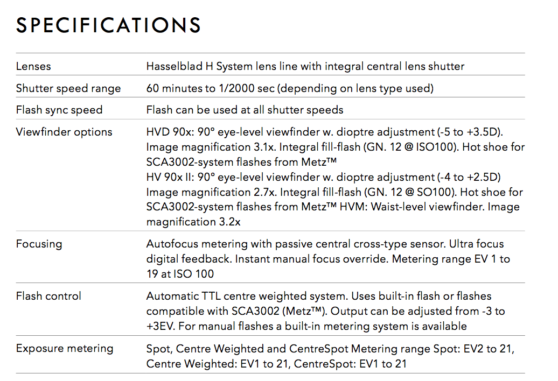 As for purchasing options, the H6D can be found on B&H.

They also offer rental options through your local Hasselblad sales representative. The price is listed at 399 euros/day (about $500) but can be discounted up to 50% for longer-term rentals.