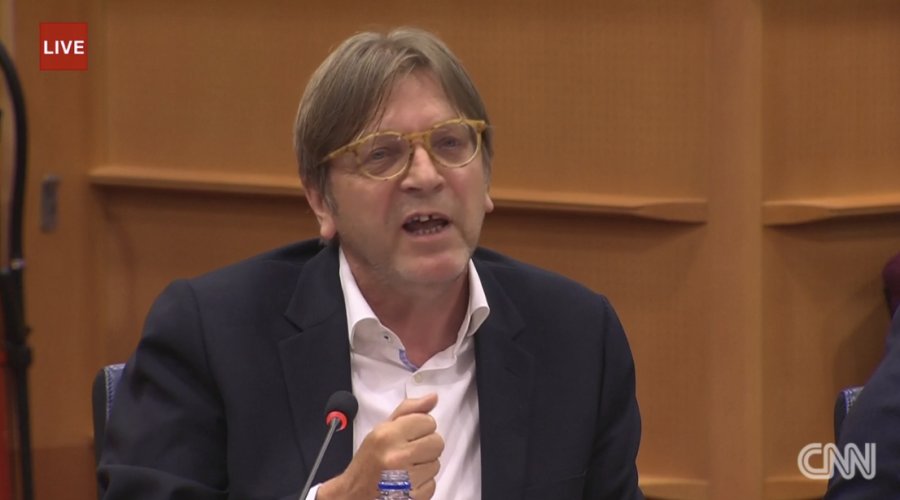 6 Highlights From A Belgian Legislator’s Grilling Of Mark Zuckerberg, And Why It Leaves Us Wondering What’s Next

The CEO of Facebook sat down before the European Parliament in Brussels on Tuesday to answer a few questions. Unlike his congressional testimony, the format did not allow for tense back-and-forths. Instead of responding to each legislators’ concerns, he waited until the questions were complete—about forty minutes worth—and responded to their “themes”.

Nonetheless, one Belgian politician, Guy Verhofstadt, decided to ride Zuckerberg like a beleaguered Seabiscuit. Never mind the fact that his questioning would have ultimately to end on an awkward note, as Zuck sat their silently, waiting for the next speaker to begin; this guy had his day in court, and was going to make the most of it. 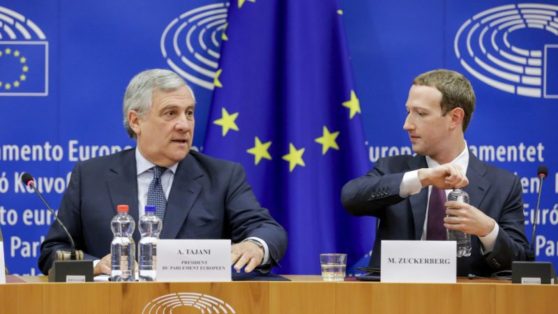 Zuckerberg and Antonio Tajani, President of the European Parliament.

Here’s 6 highlights of his speech, and what the grilling might signal about the future of Facebook in Europe and elsewhere: 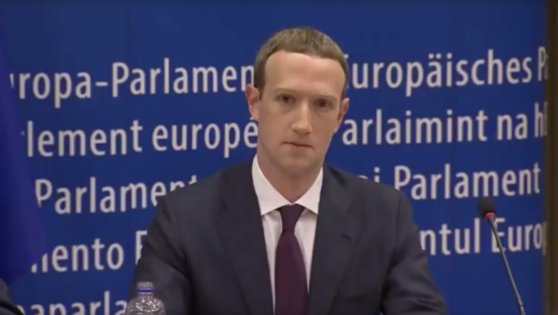 The face of a computer which has just been ask to consider whether it is Bill Gates or the creator of a digital monster ripping society apart at the seams.

Regulating What They “Don’t Understand”

In addition to the moral hand-wringing, the idea of regulation was brought up ceaselessly. Facebook, who until recently had always insisted on self-regulation, appears on thin ice. The political will is there; question is really whether the European Parliament is capable of implementing the necessary rules. The GDPR (General Data Protection Regulation) bill they passed in 2016—and set to go into effect this Friday—has been criticized for a “one-size-fits-all approach.” As a result, one insider told TheVerge, “few companies are going to be 100 percent compliant.” Not a great start to the implementation of sweeping rules.

Meanwhile, back in the U.S., conditions appear similar. While plenty of politicians promised regulation—Senator Bill Nelson told Zuckerberg that if he “cannot fix these privacy violations, we will”—few seem familiar with how social media works. As a WaPo headline read, “Congress Can’t Possibly Regulate Facebook. They Don’t Understand It.”

Senator Bill Nelson. Outside of political work, he’s well-known for his popular makeup tutorials on YouTube.

Of course, congressional members are likely have young, able staff to draft up appropriate legislation. But both of these political bodies—in the EU and the US—have put themselves in a bind by reflecting popular outrage at Facebook while having little idea of just what to do about it. Much like the big banks Verhofstadt references, we want political control over their dangerous products like MBS’s, CDS’s and others, but don’t know how to appropriately exercise that control. In the case of banks, this has resulted in the US reverting back to the dangerous status quo as soon as outrage has subsided.

We’ll see if the same goes for Facebook, or not.