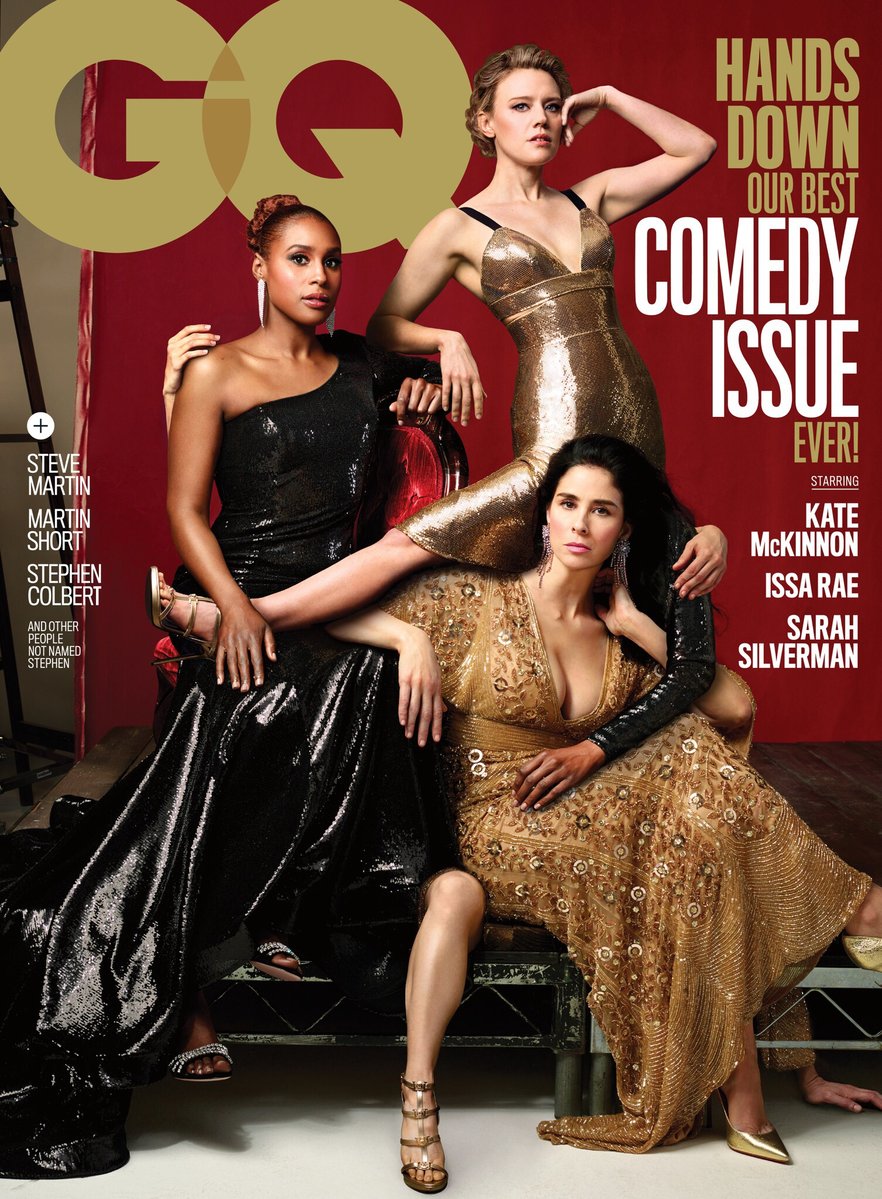 GQ Hilariously Trolls a “Furious” Vanity Fair, Both Fail Miserably at Making Jokes About It

Back in January, Vanity Fair hired Annie Leibovitz to photograph some of the biggest stars in Hollywood for the cover of their Oscars season run-up.

The resulting image had a few flaws, as users on social media were happy to point out. Oprah Winfrey had three hands (which, if were true, would make a lot of sense) while Reese Witherspoon sported a third leg. 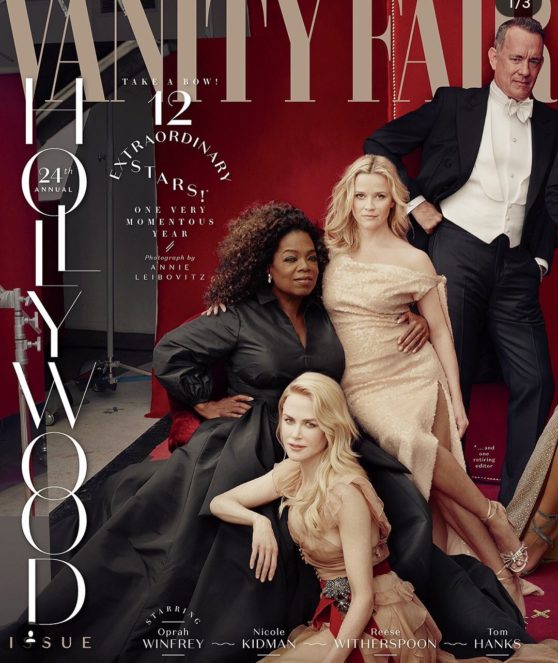 In the fallout from the incident, VF blamed Reese’s dress for the appearance of the extra leg (doubtful), and noted Oprah couldn’t possibly “juggle it all” with just two hands.

Then the whole thing—like much else on the internet—faded into oblivion.

Until, that is, GQ came out with their annual “Comedy Issue.”

(Look at the hand in the bottom right in case you missed it.)

According to numerous sources, VF is not happy with GQ getting some laughs at their expense. Despite the two sharing a publisher—Conde Nast—it appears GQ “never told anyone” at VF about the upcoming spoof. An insider at Conde Nast described “mass fury” at VF headquarters.

Tragically, GQ couldn’t just let the joke end there; the editors decided to post a short “apology” on their website. The gratingly tongue-in-cheek message features such lines as:

These are not funny. Quit while you’re ahead.

And please, god, spare us a comeback from the “furious” editors at VF. We’re getting dangerously close to dad joke territory.

It’s not going out on a limb to say we love Issa, Kate, and Sarah. Props to @GQMagazine for getting a leg up on this trend. https://t.co/CF4BWUhVND

YIKES. Stick to the fashion, people.

And please ignore whoever this monster below is that’s encouraging another round. I’m calling the bout after one—double TKO for fractured funny bones in both contestants. 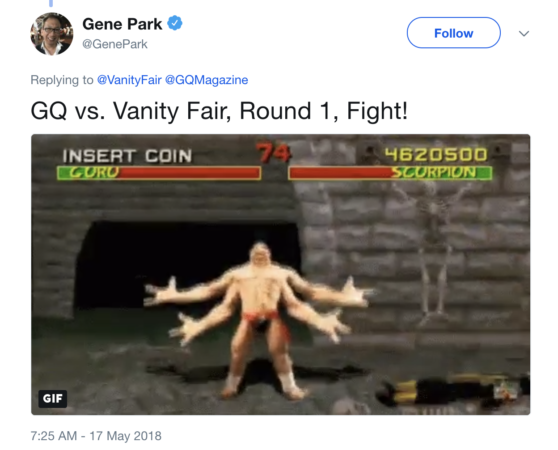