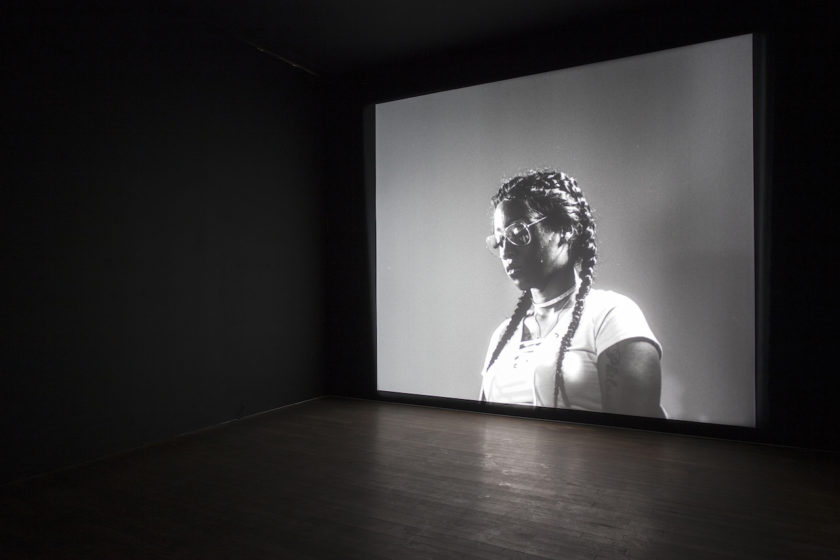 The work is a portrait of Diamond Reynolds. In July 2016, Reynolds’ partner, Philando Castile, was shot by a police officer during a traffic stop in Minnesota. Reynolds used Facebook Live to broadcast the moments immediately after the fatal shooting. Video of the incident received worldwide publicity, being viewed some six million times and  used as evidence in the officer’s court case—which eventually saw him acquitted of all charges.

“Thompson wanted to make an aesthetic response that could act as a ‘sister-image’ to Reynolds’ video broadcast,” the Deutsche Börse website says, “which would break with the well known image of Reynolds, caught in a moment of violence and distributed within a constant flow of news.”

First exhibited in London’s Chisenhale Gallery in 2017, the 35mm black-and-white film consist of two four-minute takes of Reynolds deep in thought and seemingly unaware of the camera, the only sound that of the projector displaying the image. 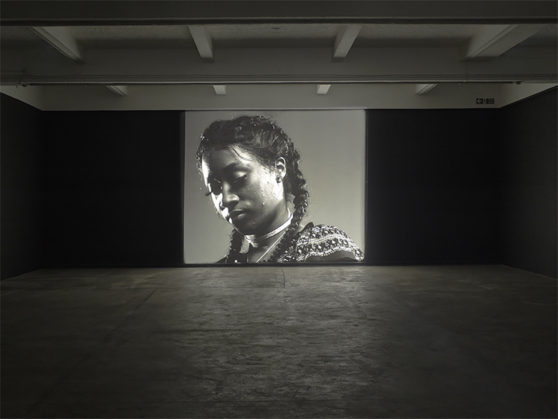 Annually, the Deutsche Börse Photography Foundation Prize honors artist whose work has—through an exhibit or publication—made a significant contribution to European photography that year. It honors both those making significant trends in contemporary photography as well as shaping the international photography scene. Though the award is based in London, any living artist of any nationality is eligible to win.

Thompson was also nominated for the 2018 Turner Prize for the same project and his work has been showcased all over the world, including exhibitions in Sao Paulo Biennale, the Montreal Biennale, the Asia Pacific Triennial, Queensland, and the New Museum Triennial, New York.

Thompson was awarded the £30,000 prize last week at a ceremony at The Photographers’ Gallery London.