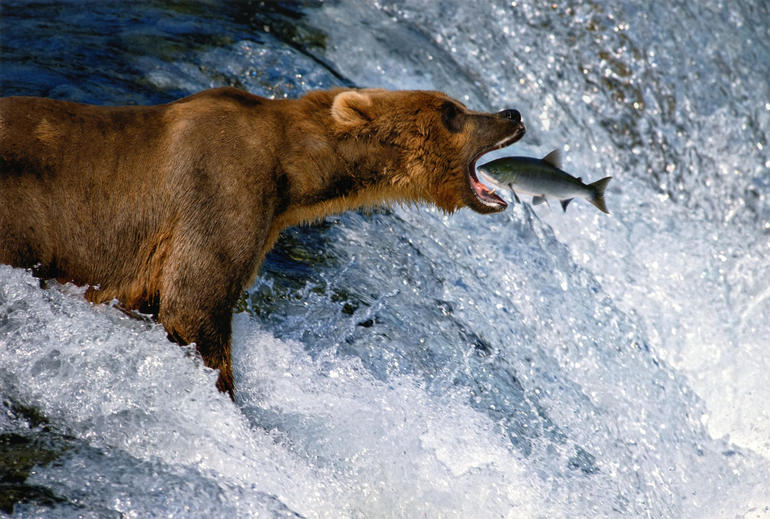 Being a wildlife photographer isn’t an easy gig. It involves constantly working in situations both difficult and unpredictable, dealing with the weather, far out locations, concern for one’s own safety (depending what may be lurking in the tall grass), and actually finding the animals to photograph. Most important among all of these factors, however, is finding the one moment with your animals that actually makes for a quality photograph. And considering you are dealing with wildlife, this isn’t always easy. To put it simply: patience is key.

Appearing on 60 minutes for a segment called “Into The WIld”, wildlife photographer Tom Mangelsen presented his thoughts on the matter to Anderson Cooper:

“Over the course of your lifetime,” Anderson said to him, “the amount of time that you spent waiting [must be] incalculable.”

“Have you learned anything with all that waiting?” Anderson asked.

“You wait long enough, it does pay off.”

He once spent 42 12-hour days in Jackson Hole, Wyoming, photographing cougars before he got the perfect shot.

Another time, he waited days for a black bear in British Columbia’s Great Bear Rainforest, and, on the 6th day, he got the photo of the black bear he was waiting for. 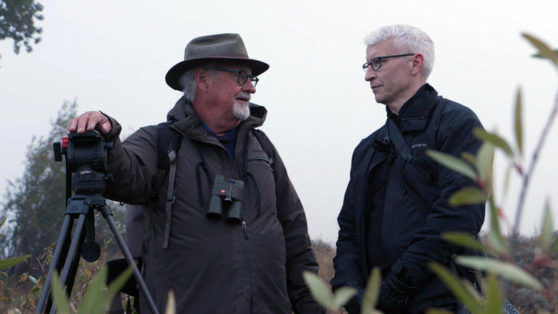 The Nebraska native has spent his life traveling the world talking photos of wild animals in wild places, a good deal of them elusive or endangered. Mangelsen is also friends with Jane Goodall—the scientist famous for her work with chimpanzees.

Her and Mangelsen now work together, raising money and awareness for the protection of cranes, chimpanzees, and cougars (you can watch a sweet clip where they drink whiskey together below).

At the age of 72, he continues to work with vigor. A career of almost 50 years behind him, Mangelsen continues to have patience.

Cover Photo: “Catch of the Day” by THOMAS D. MANGELSEN