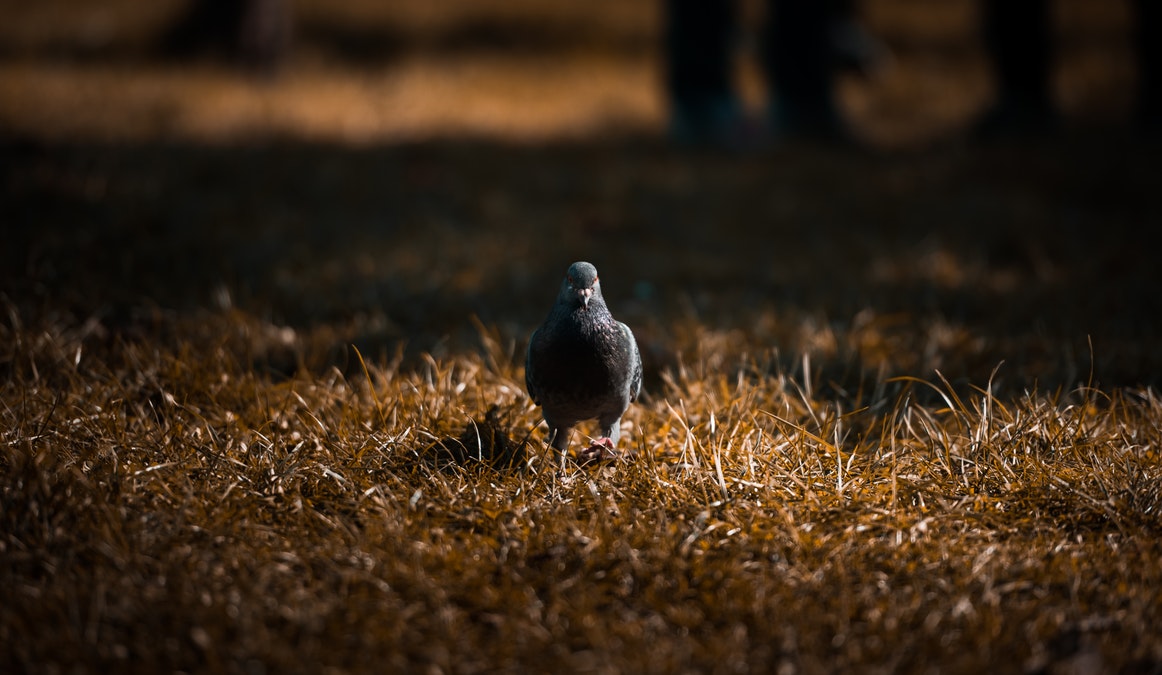 Pigeons Were The Original Drone Photographers

Drone photography is all the rage. But taking pictures from the sky is nothing new; it’s been around for decades with helicopter, planes, guys with parachutes, and even aliens (UFOs had to have been taking pictures), providing us with this unique perspective we’ve come to know and love.

But wait a second, it actually goes back further than you think, even before all that flying shit was prominent in our society. And I’m not talking about climbing tall buildings. I’m talking about the year being 1907 and pigeons taking fucking pictures. 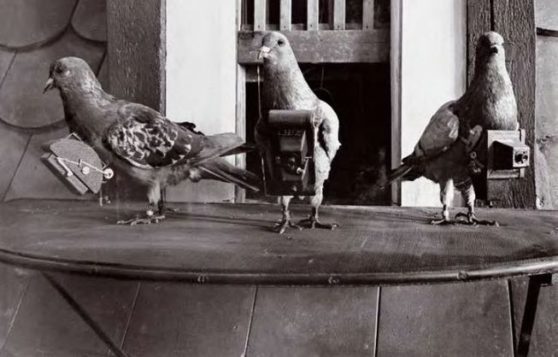 Cocky bastards knew they were at the forefront of something amazing.

See, back then, a scientist created an uber smart “super pigeon” that loved photography—it’s even rumored that it would take photos of naked lady pigeons posing on Victorian couches.

In reality, a German apothecary named Dr. Julius Neubronner invented a breast harness for pigeons that could hold a two-lens camera. That’s all fine and dandy, you may be thinking, but how did they actually snap a picture?

Well, the invention also consisted of a device that could be inflated with air. The air would slowly escape as the pigeon flew and once the chamber was deflated, it would activate a piston which would hit the shutter, which would take the photo. 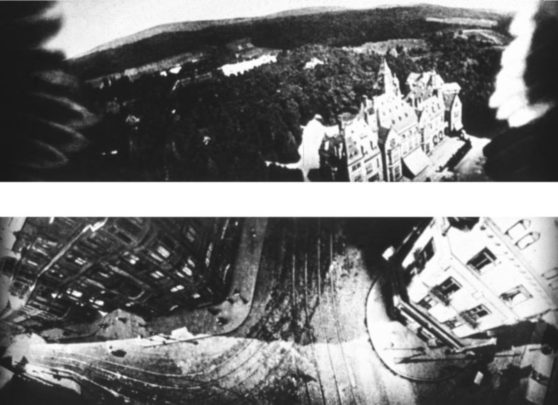 What resulted are photographs from an actual “bird’s eye view,” which might not be as exciting as a super pigeon taking exotic photos, but the year is 1907 mind you, just four years after the Wright brothers first flight, which meant this perspective was not yet commonplace.

Neubronner had worked with pigeons in the past, having had them deliver medications to his patients. The medications weighed around 2.6 ounces, and the camera was the same weight. So he knew that the birds were capable of holding the cameras and he also knew that they would find their way home from where he dropped them off—in other words, the little bastard wouldn’t make off with his invention. 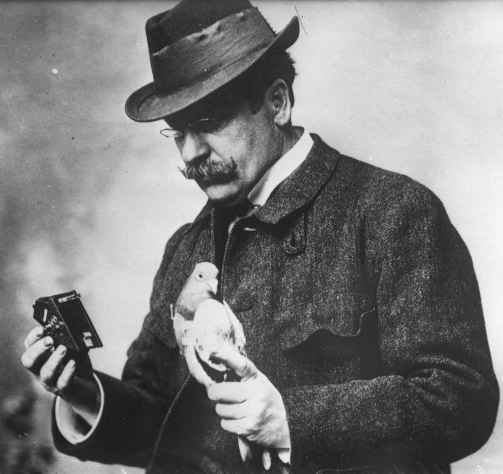 Neubronner eventually showcased his work at international expositions and sold postcards of the photographs at these shows as well. The invention was also used by the military, though by the time World War I happened, airplane technology had progressed enough for humans to do what the pigeons were doing. This resulted in masses of unemployed pigeons who were forced to the street to beg for food, where they garnered the name “flying rats”.

A photo book with images taken by the birds, titled “The Pigeon Photographer”, can be bought here!

All other photos: Julius Neubronner via Wikimedia Commons