Meghan Markle is set to marry Prince Harry on Saturday. The celebrity/royal couple is destined to have a great life full of cute little babies (one of which will no doubt have red hair) and riches beyond us lowly folks’ wildest dreams. And each of these blissful moments (big and small) will no doubt be documented through social media and other news sources which will be available for consumption by those who wish to take a peek.

That doesn’t really interest me much, but hey, my hobby of drinking 7 Four Lokos and riding in the basket of a Citi Bike while my friend tries to get us from one station to another in under 30 minutes is probably not for everyone either, so who am I to judge how a person spends their free time? 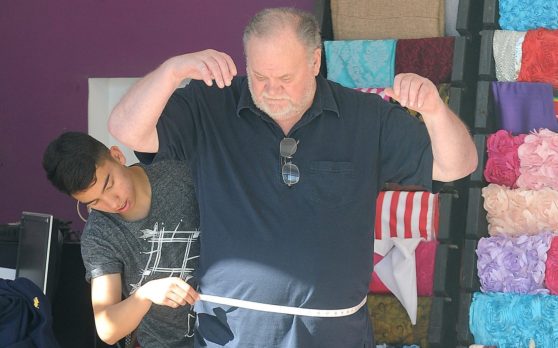 What does interest me about this royal affair though, is the fact that Meghan Markle’s Dad decided to pose for a series of paparazzi photos depicting his preparation for his daughter’s royal wedding.

But why do such a preposterous thing?! you are no doubt wondering as you shake your fist at the heavens in frustration.

Well, he did so at the suggestion of his half-daughter Samantha Grant (Meghan’s estranged half sister), who thought the photographs would show Thomas Markle in a positive light and benefit the royal family.

The photos in the series reveal the following:

But the truth of the matter—that there were posed photos and not a-glimpse-in-the-life—was revealed after Daily Mail reported that CCTV footage of Thomas and the photographer Jeff Rayner preparing the photograph session at an internet cafe (where the photos were staged) had been found.

(The footage gives the whole thing a real crime feel, as opposed to the actual silly celebrity gossip that it is.)

Further investigation, including interviews with the cafe owner, revealed that the tailor was in fact an assistant at a party goods shop. 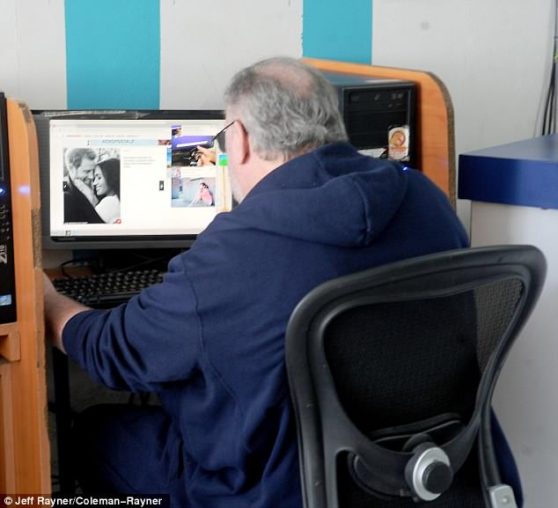 It is funny to picture him and his half-daughter coming up with these ideas. Hehe

The unseemly part of the the whole thing is that Kensington Palace officials had previously urged the media not to publish photos of Mr. Markle, saying that he was a man who wanted to to live his life in peace.

Oh, and the Daily Mail estimated that the photos went for an estimated 100,000 pounds and though no one knows for sure if Mr. Markle got any money out of the whole thing. I’m going to be suspicious because why the hell else would he do it? Damn you, Mr. Markle.

But hey, even though he is deeply ashamed of the incident, he still plans to walk Megan down the aisle on her wedding day.

Whether or not the tears streaming down his face will be real is the question that we will all be wondering.

All Photos by Jeff Rayner