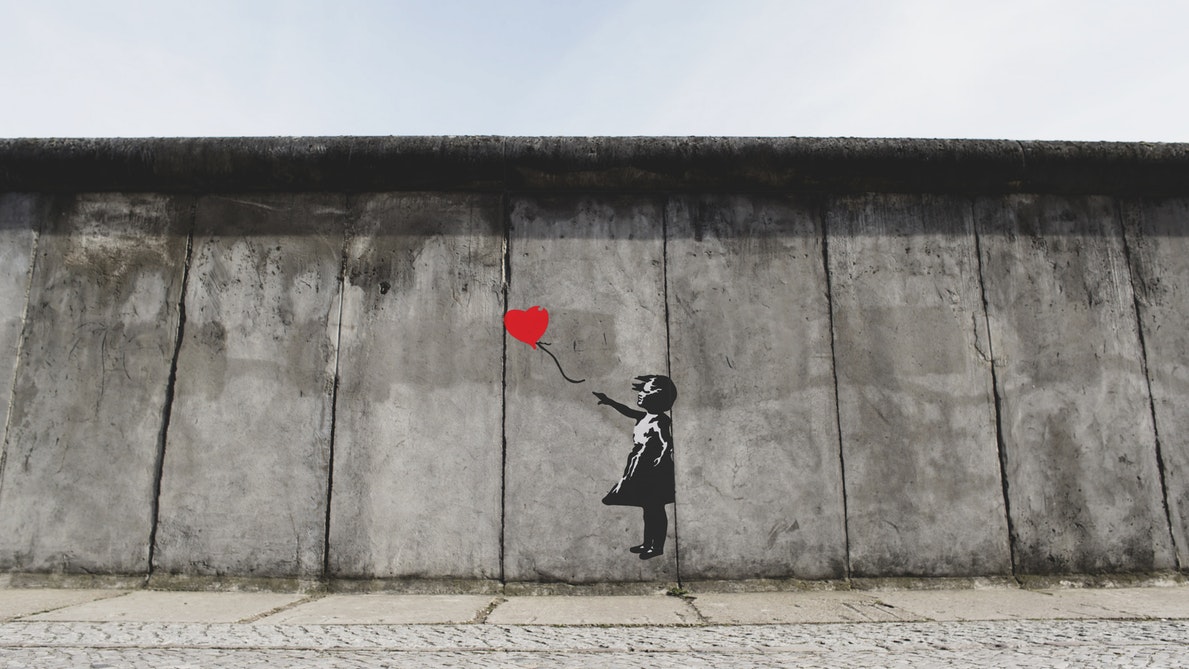 A Banksy Piece Was Stolen and You Gotta Wonder If It’s Banksy Himself Because Doesn’t That Seem Like Something Banksy Would Do?

A piece of Banksy’s Artwork has been stolen from an exhibition in Toronto, Canada. And the whole thing has been caught on camera.

Someone is up to no good here. But after watching the footage, it might not be the thief in question.

The Details, The Crime

The artwork was a print called “Trolley Hunter” which is valued at $35,000 USD. The photo, seen below, depicts some primitive humans hunting a shopping cart.

The piece was on display at a show called The Art of Banksy, which is an unauthorized showing of the artist’s work curated by Banksy’s former agent, Steve Lazarides. The exhibit showcases around 80 pieces of Banksy’s work, all of them from a private collection, and is valued in total at around $35 million.

Authorities in Canada released the security footage to the public, asking for help in the investigation.

In the security footage, the thief creeps through the exhibit, grabs the piece off camera, and then comes back into frame with the print in his hands. 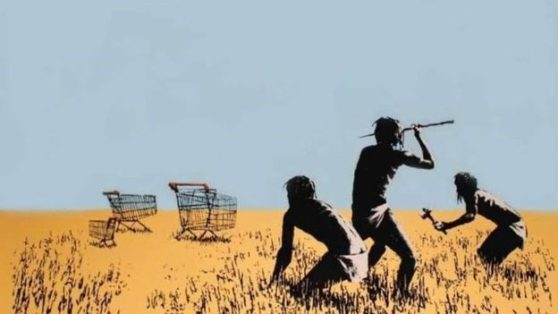 The problem with the whole thing is that it looks fake as fuck. Listen, I’ve never watched a robbery in real life but I’ve watched a lot of YouTube CCTV robberies and I have never seen someone creep around like that. As one user wrote in the comments section: “no pink panther music? Disappoint.”

Yeah, it sucks that the user made a grammatical error in his delivery, but it’s still funny. And, after taking the time to play the pink panther music over the footage, the guy couldn’t be more spot on. It actually worked super well. In fact, it’s awesome.

If it is fake, it could mean two things.

Banksy is pulling a Banksy. For anyone who has ever seen the movie Exit Through The Gift Shop, you know that the artist has tricks up his sleeves at all times. Recently, he anonymously submitted a piece of work to the Royal Academy and was, surprisingly, rejected. Perhaps he was sad. Perhaps his retaliation was to embark on a new project. Perhaps this is it.

The exhibition, which cost $35 dollars a ticket, isn’t hitting their attendance marks, so they decided to pull a Banksy themselves (unauthorized) and stage a break-in. Publicity came along with it (I’m writing about it now, and BBC did as well) and sure enough, look who is selling out every damn night. I don’t know if that has been the result, but I’m already speculating a lot here so just gonna allow myself to do it.

But Maybe It Is Just What It Seems

Which would disappoint me (and everyone in the comment section of the video). It might just be a thief being a thief. Which would normally be exciting enough, but since Banksy is involved, that would be boring.