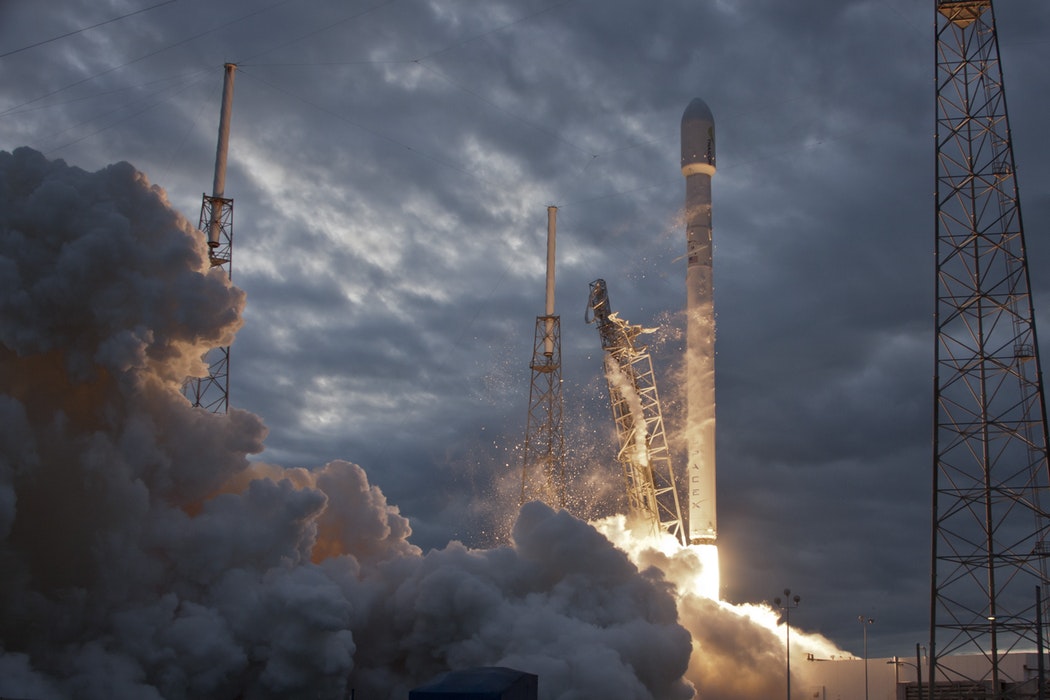 On May 22, at Vandenberg Air Force Base in California, SpaceX Falcon 9 launched seven satellites. All of them successfully made it into orbit, undamaged. Unfortunately, the same can’t be said of a DSLR camera that was capturing images of the rocket blasting off into space—the device was charred, melted, and ended up looking like a set-piece in some post-apocalyptic movie…or maybe a low-budget horror film in which a camera starts to kill people.

The camera in question belonged to NASA photographer Bill Ingalls, who has been shooting for the agency for 30 years. Fortunately, he used a remote system for the camera, so when he was interviewed after the incident he didn’t bear any resemblance to Deadpool (if you don’t get that joke, know that Deadpool has burnt skin). The system is designed to automatically take photographs as soon as it detects the roar of a rocket blast and is able to do so from a quarter of a mile away. 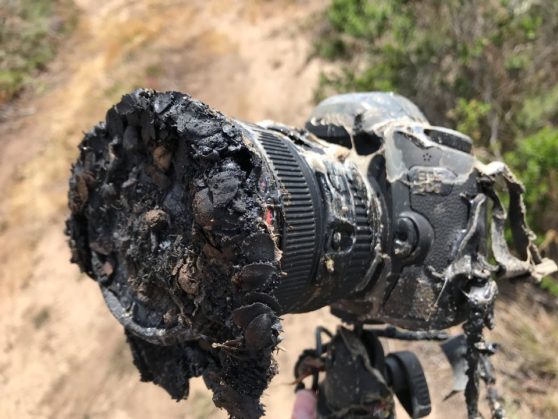 The system worked. But when Ingalls returned to his camera after the launch, he found firefighters waiting with his once-beautiful, now-melted camera.

“I had six [remote cameras], two outside the launch pad safety perimeter and four inside,” Ingalls told NASA.

The melted camera, some 400 yards away and outside the safety perimeter, was the one that had been destroyed. The other cameras were doing just fine.

So how did this happen? How did the fiery rocket blast destroy the camera that was farthest away? Was it aliens? It had to be aliens. 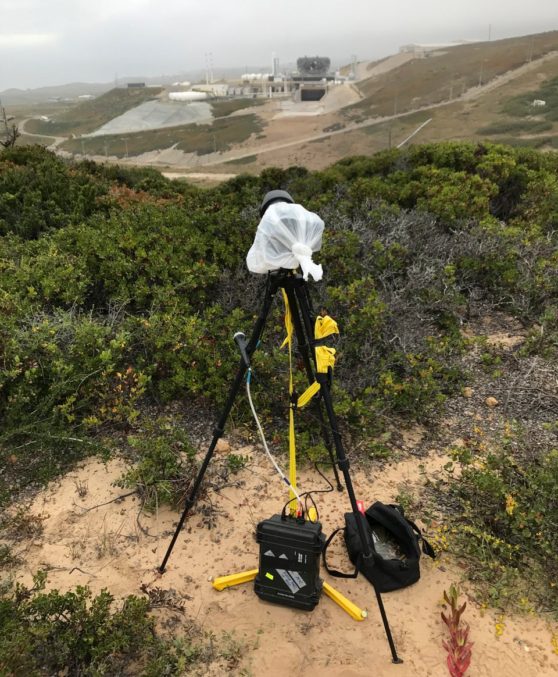 Well, I’m sorry to say, it wasn’t aliens. Turns out, it was a lot less exciting then that:

“Unfortunately,” Ingalls said, “the launch started a grass fire that toasted one of the cameras outside the perimeter.”

So yeah, the blast did cause a fire, but it wasn’t quite as glorious as we could have hoped. Turns out, it was just some burning vegetation which caused the damage. Still, the picture of a melted camera is pretty badass.

The deceased camera was a Canon EOS 5D, with a Canon 24-105mm lens. The fire had also destroyed a tripod owned by NASA as well as a Ingalls microphone and remote-trigger box. The total lost for all the gear? Around $5,000. Ingalls was not able to answer whether NASA was going to pay for it.

But one thing did survive: the memory card inside the camera. Which resulted in this awesome GIF:

Images of a brushfire approaching, then destroying, a remote camera set up to photograph the NASA/German GRACE-FO launch on May 22, 2018. Credits: NASA/Bill Ingalls

All Images by NASA/Bill Ingalls